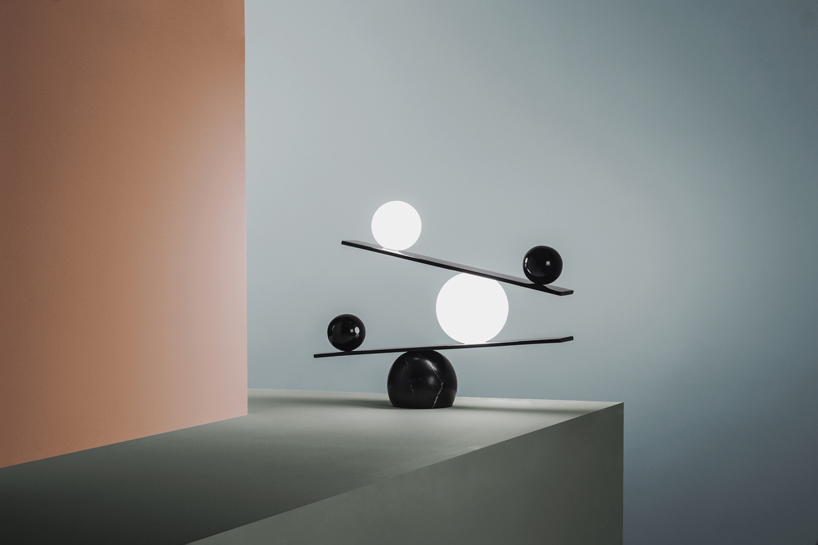 maison & objet: victor castanera’s ‘balance’ table lamp for oblure pays tribute to the concepts of gravity and time. the sculptural design piece which will be presented at maison & objet in january 2017, evokes a playful curiosity by achieving a harmonious tension between opposing elements. 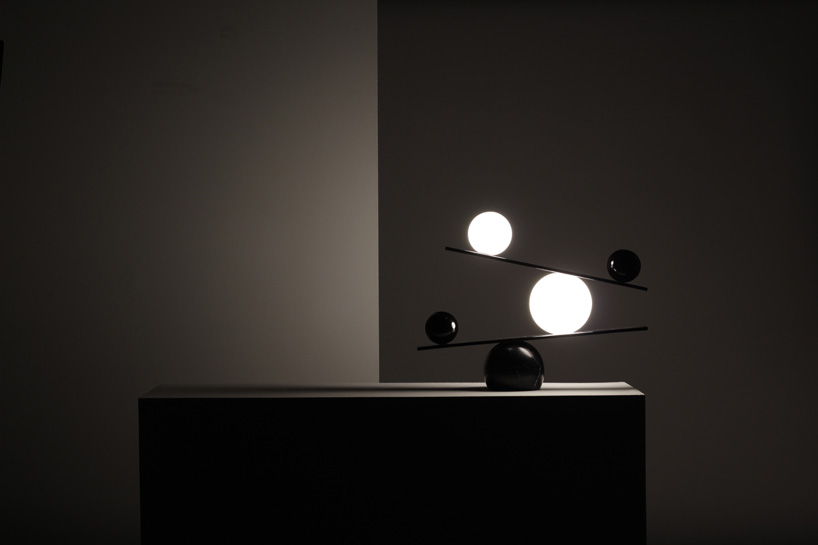 ‘with ‘balance’ I wanted to evoke the beholders curiosity of the world around them’ states victor castanera. this desire was realized by constructing a pair of led lamps poised between two slanted steel boards. the metal spheres seen on both sides have just the right density to counterweight the opposite part of the lamps’ weight. the overall structure is grounded by a black marble base which ties all of the elements together, establishing a unified tension within one single form. oblure will exhibit the ‘balance’ lamp at maison & objet from january the 20th to the 24th 2017. 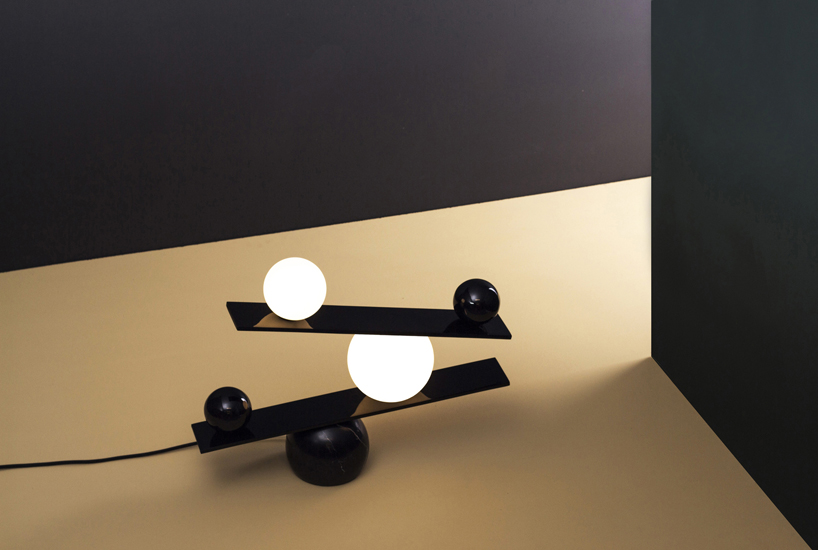 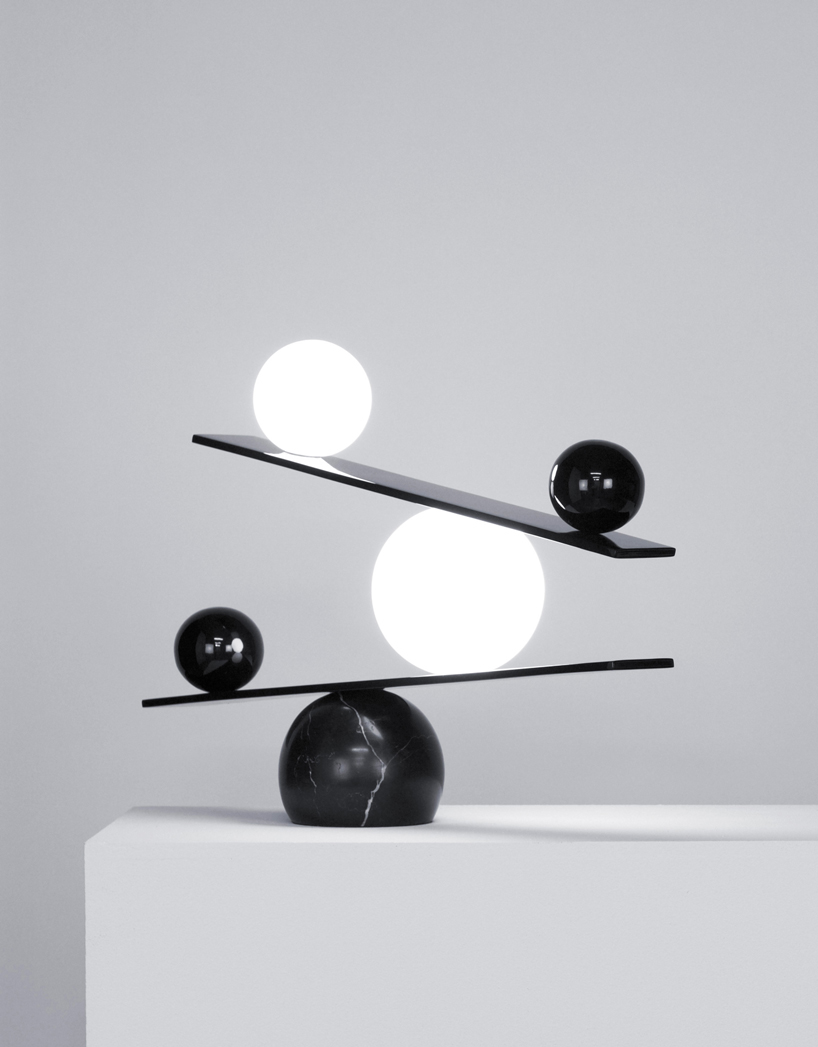 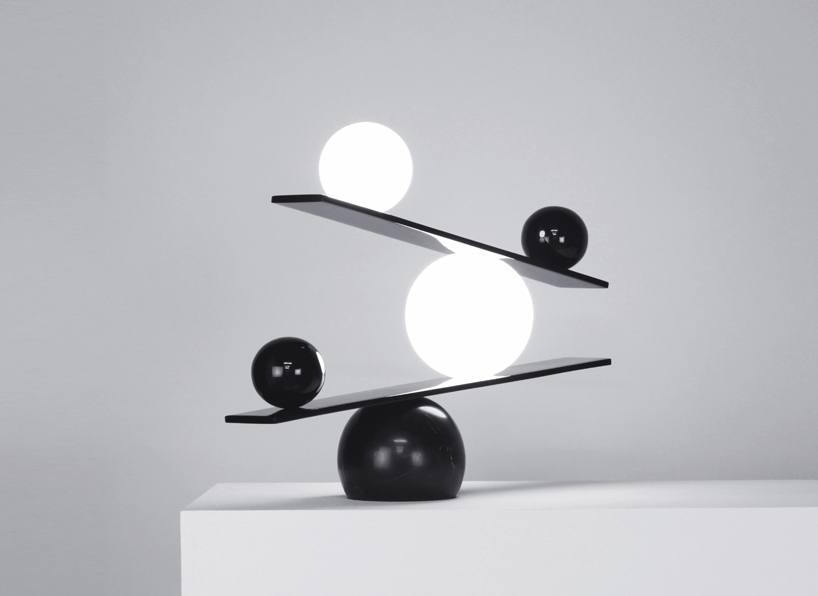 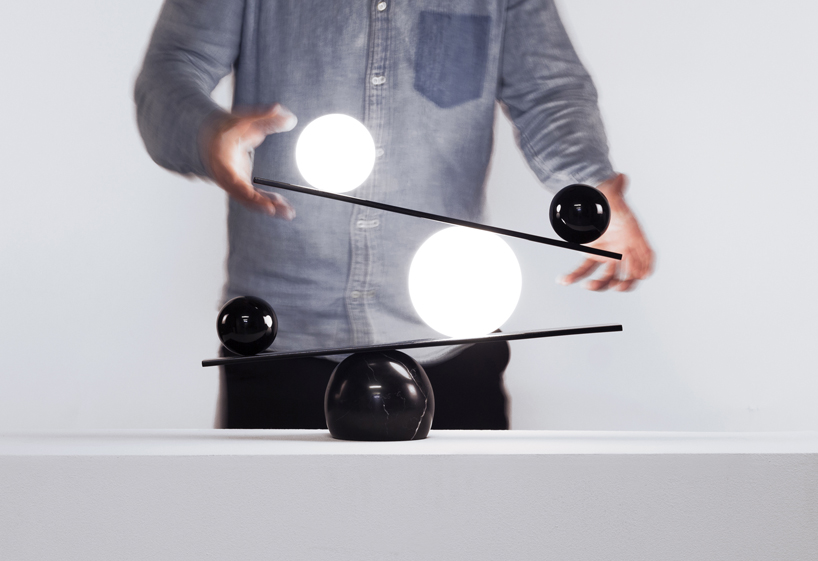 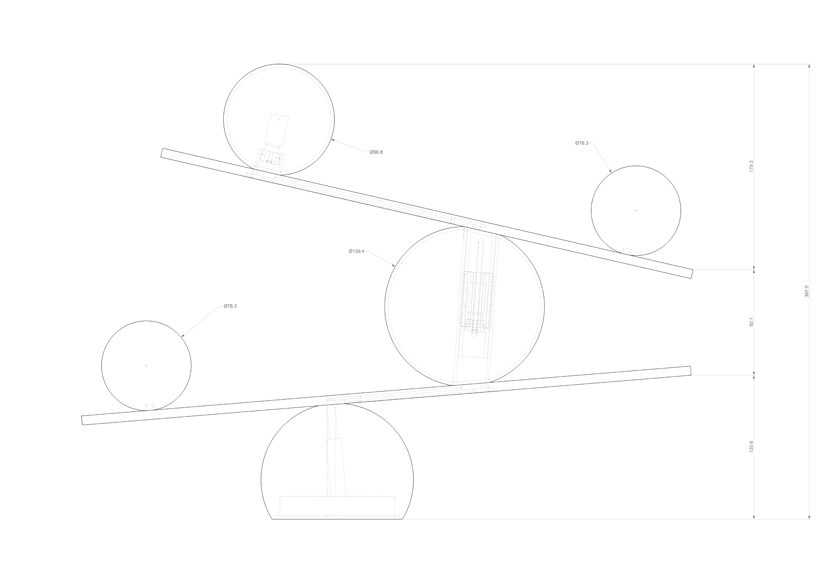