the ‘interactive light objects’ series by german industrial design student viktor kolbig, reexamines the nature of interaction between humans and ordinary objects, here with lamps that replace the power switch with natural gestures.

‘the connection [behind the series] is the way how I am making the user experience light in a more poetic way than it is done with most other lamps existing in our world.‘ – viktor kolbig

the three lamps include ‘air light’, ‘seide’, and ‘water light’, each described below: 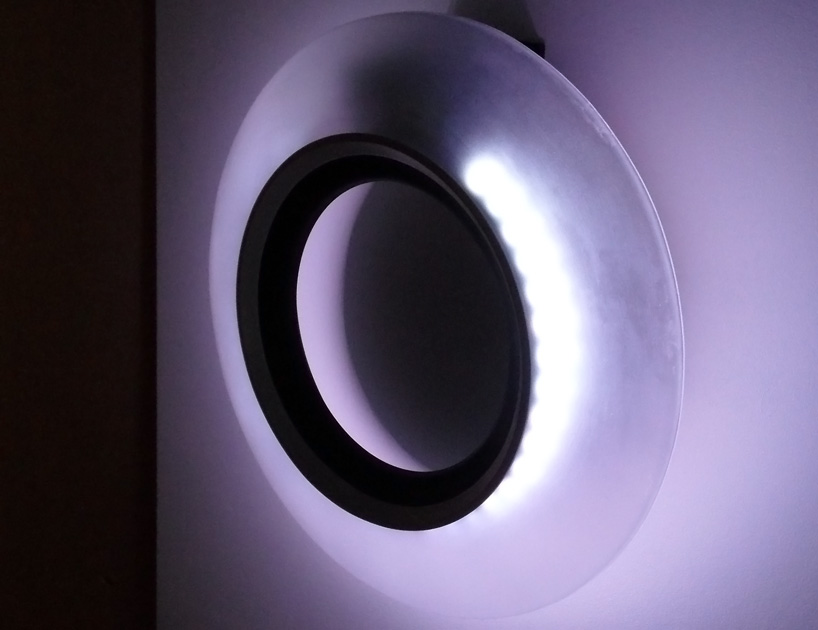 kolbig’s ‘air light’ consists of a luminescent ring, inside of which a series of LEDs provide light. the lamp is turned on by a user placing her hand within the central ring, while the colour of the lamp changes in response to a turning of the palm. 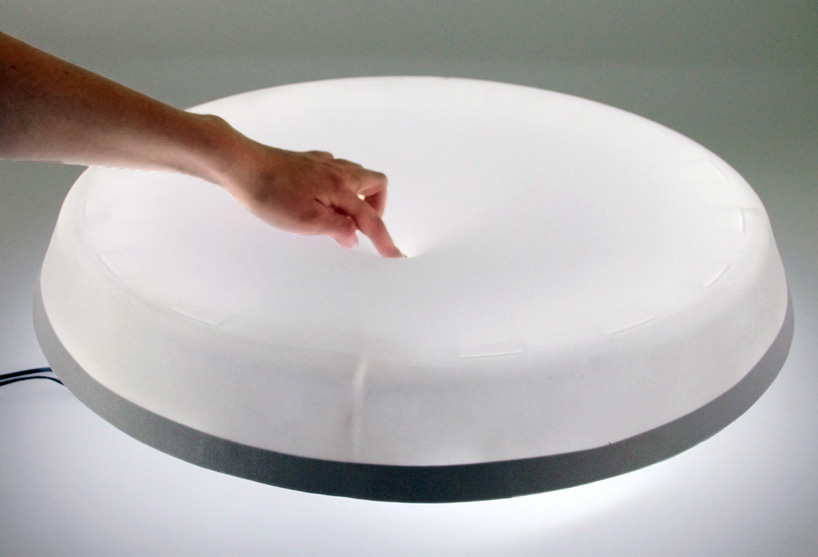 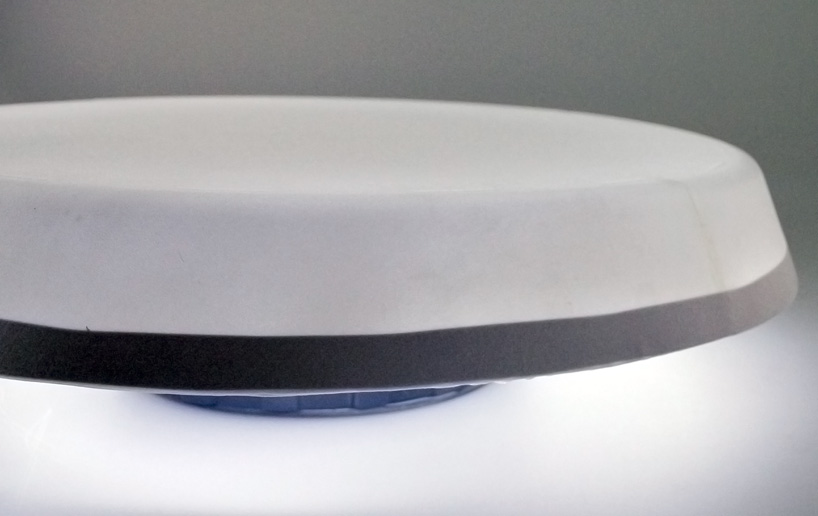 ‘seide’ is a textile-based lamp, the brightness of whose light varies depending on how far the user pushes a finger into its surface. the lamp can be turned off by gently stroking it. 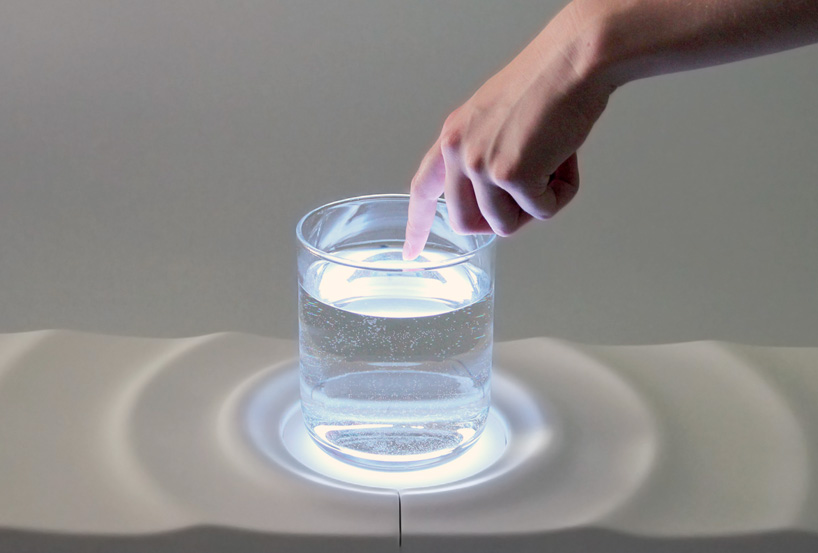 ‘water light’ consists of a small base onto which is placed any glass or other container for holding water.

the water in the glass serves not only to diffuse the light, causing different effects depending on the amount

of water present, but also as a control interface: stirring the water with one’s finger adjusts the colour of the light,

while the movement of the liquid also naturally causes ripples and shifting reflections. 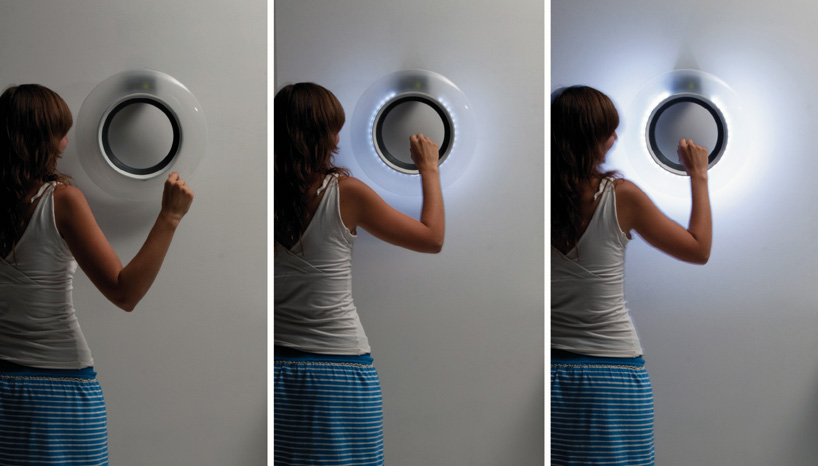 ‘air light’ in use 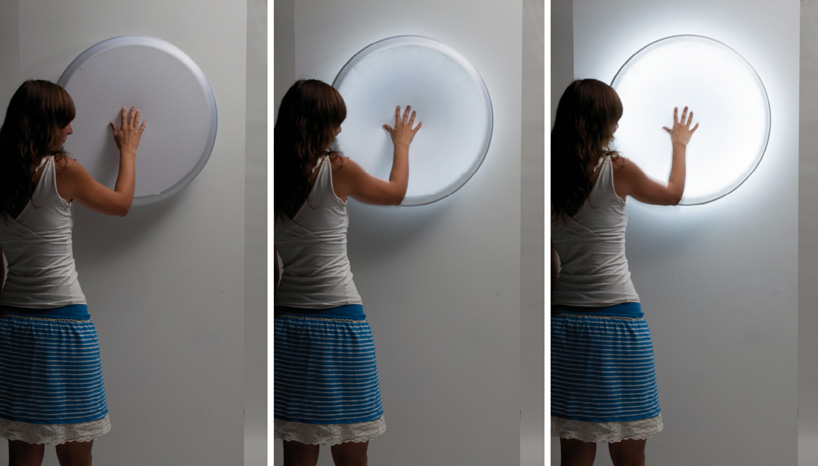 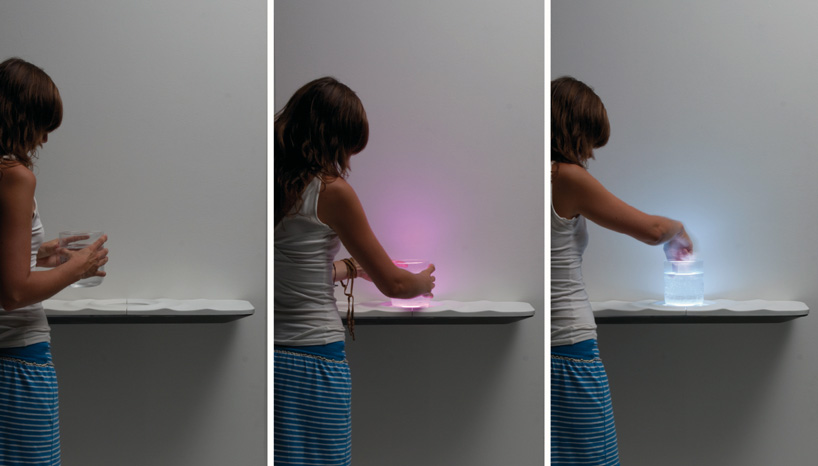 ‘water light’ in use