diet prada, the instagram account responsible for calling out the fashion industry’s copy cat culture, has set its site on virgil abloh and his latest collaboration. in one of its latest posts, the cut throat critics draw attention to a chair designed by abloh, which bares a striking resemblance to an iconic mid-century design. the chair forms part of abloh’s collaborative ‘MARKERAD’ project with IKEA which is currently in prototype without an official release date.

diet prada starts by recalling the design philosophy discussed between virgil abloh and IKEA creative leader henrik most during last month’s IKEA workshop, specifically about elevating the chair so it ‘feels more like an art object than a typical chair that serves its functions with four legs‘. it then compares abloh’s prototype, which was revealed on his own instagram account, with an original piece by industrial designer, paul mccobb, who first came to prominence in the 1940s. the account doesn’t actually call out abloh for stealing the design which is handy as both abloh and most acknowledge the backstory and history of the chair’s design.

‘it was among the best selling contemporary furniture lines of the 1950s and in production up until 1964‘, diet prada notes. ‘…that is until virgil decided to relaunch it and elevate it (quite literally) with an added doorstop lol.‘

So @virgilabloh & Henrik Most (a creative leader at IKEA Range and Supply) talked design philosophy last month at a workshop with @ikeatoday …specifically about elevating a chair design for their collab so it “feels more like an art object than a typical chair that serves its functions with four equal legs”. Well, that “typical chair” is actually an icon of mid-century design by Paul McCobb for his Planner Group series. Manufactured by Winchendon Furniture Company, it was among the best selling contemporary furniture lines of the 1950s and in production up until 1964…that is until Virgil decided to relaunch it and elevate it (quite literally) with an added doorstop lol. Tbh, we all get your approach by now, but it would actually be much more interesting to know the sources of your “inspiration”…especially if they’re this iconic. • #virgilabloh #ikea #paulmccobb #plannergroup #winchendon #furniture #midcentury #midcenturymodern #industrialdesign #american #ikeahack #offwhite #streetwear #streetstyle #hypebeast #hypebae #interiordesign #dietprada 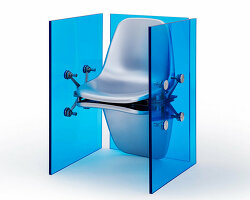 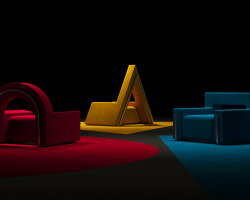 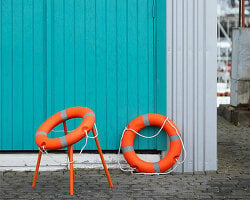 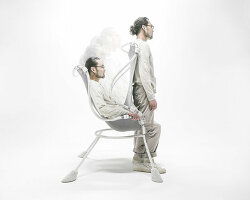 May 11, 2022
responding to body heat, the HUMOFIT® support chair gradually softens as you sit back 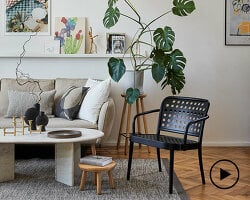 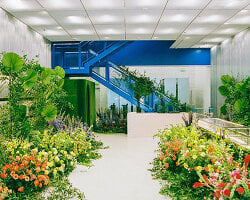 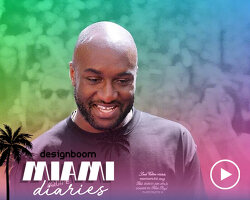