visiondivision has been commissioned to design three shoe stores on reunion island located east of madagascar, for local shoe brand mangrolia chaussures. they wanted their design to be recognizable and adaptable to all of the mangrolia chaussures stores, so they have developed one shoe box which can be multiplied and stacked into almost any form, to allow for a variety of layouts, depending on the space of the mangrolia store. each individual box is made from plexiglas, acting as a display case for the footwear. they include a lid and a light and work on a system similar to that of lego, so that they can be fixed into different formations.

each of the three stores runs on a different concept:

saint-denis’ store runs on this idea of the ocean. it is the largest space and visiondivision has proposed that it be the flagship store of the brand. the upper floor has boxes built into the floor, formed like a river which ‘flows’ from both of the entrances to the stairs, leading downwards to the basement level, where the floor is completely made from an ‘ocean’ of boxes. there is a sofa in the shape of reunion island set in the middle of the space, where one can try on shoes or sit and view a slide show of products the store has to offer. the intention for some of the boxes is that legendary shoes may be kept within them, such as sneakers from the 80s, or footwear of celebrities, thus creating a bit of a museum within the store. 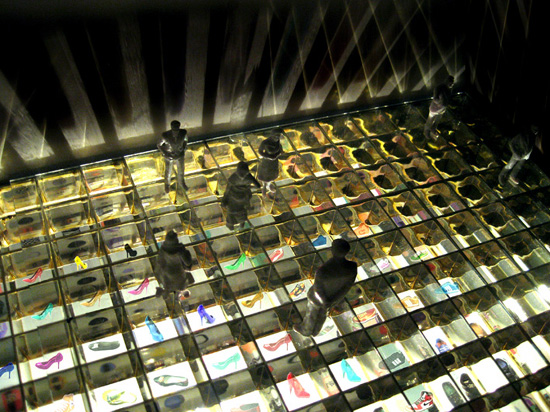 a model of saint-denis’ ocean floor of shoes 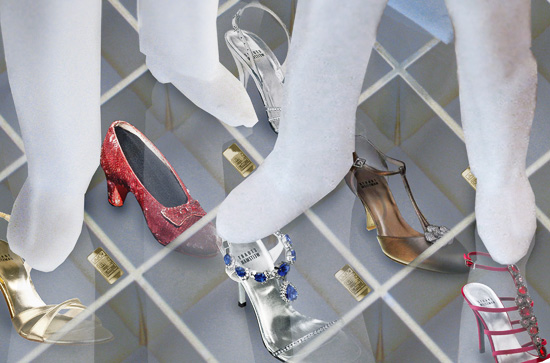 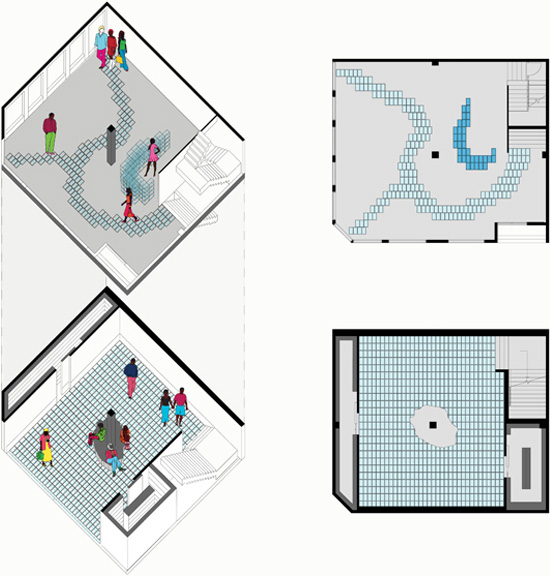 rendering of the river and ocean arrangement of shoe boxes

the shoe boxes in the saint-andré store are arranged into walls, dividing the space into smaller roomsthe concept behind the saint-andré store is the idea of a library. shelves of shoes will be arranged into smaller rooms according to theme: casual, formal, athletic etc. the transparency of the boxes will make the shoes appear as if they have been frozen into ice blocks, stacked upon one another, creating an inviting showcase for visitors. 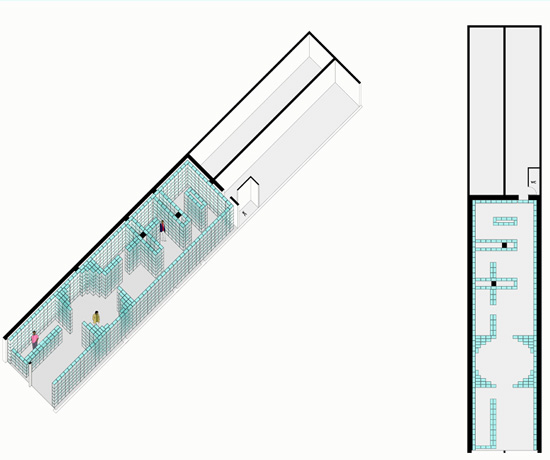 rendering of how the shoe boxes will divide the space 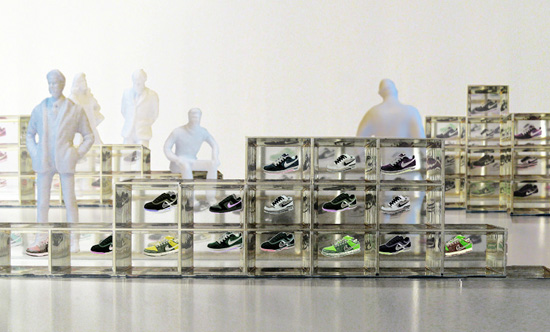 le port will be known as the loop. all functions of the show are integrated into a loop – the showcase for the shoes, the cashier and seating area. the loop is extruded in areas where it needs to be high. the cashier and main showcases sink down to the floor where entrances are, allowing a free flow of circulation. 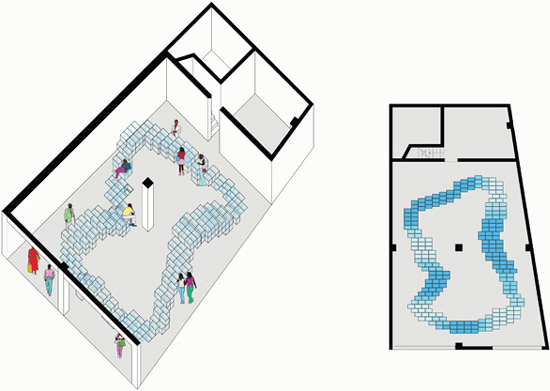 aerial view rendering of the loop