‘the grand tour’ is italian designer vito nesta’s story of a long journey, sometimes real and sometimes idealistic, inspired by itineraries of the young renaissance, which finally reaches a figurative maturity as a sensory and emotional tale. the collection, which nesta extends from time to time, now features even more dishes, cushions, and fabrics. 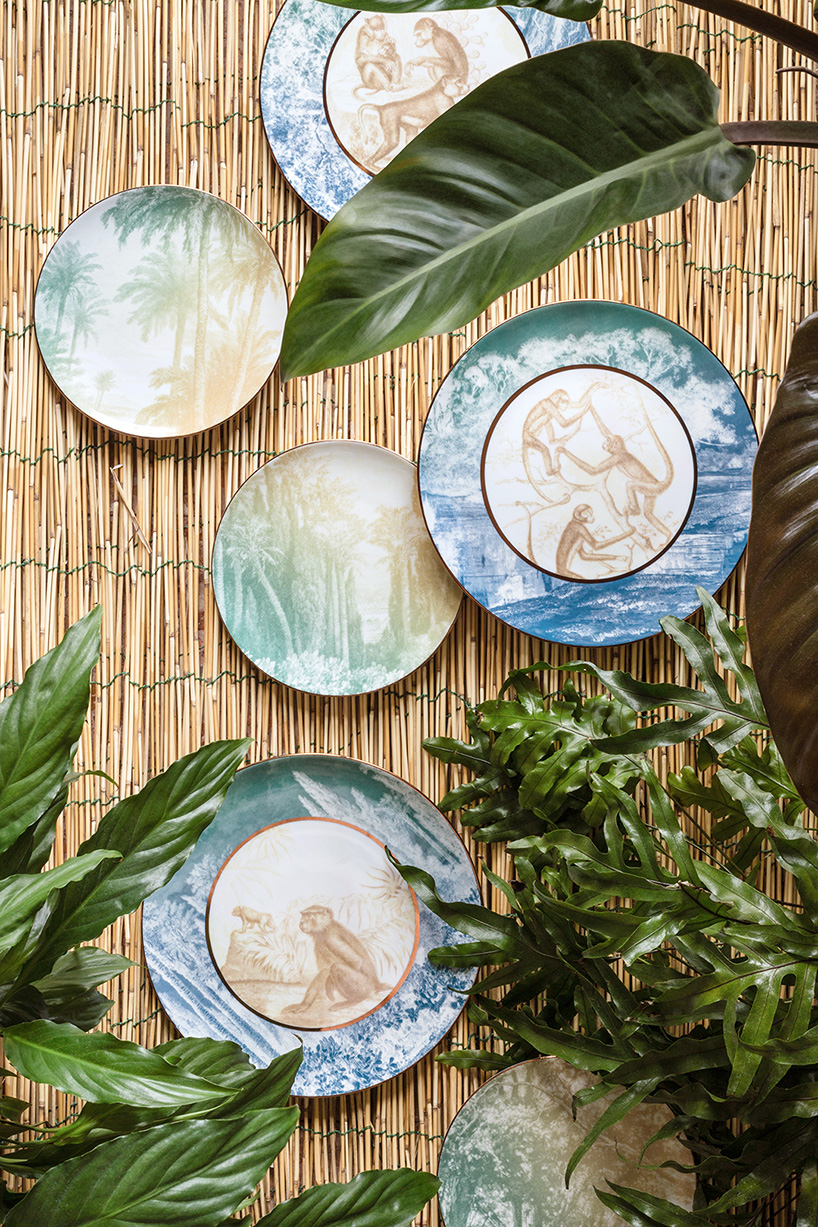 ‘casquets’ collection of dishes tells about the vicissitudes of the vessel HMS victory, shipwrecked in the channel tunnel, recalling the eighteenth-century wars between england and france. the composition is characterized by a strong contrast between the movements of the battle between man and nature in the center and the imperturbability of the frame that surrounds it, as if there was a screen projecting a distant story. everything is emphasized by the chiaroscuro effects on gray tones. in the vicinity of a buddhist temple, the slow and cyclical flow of time is outlined. 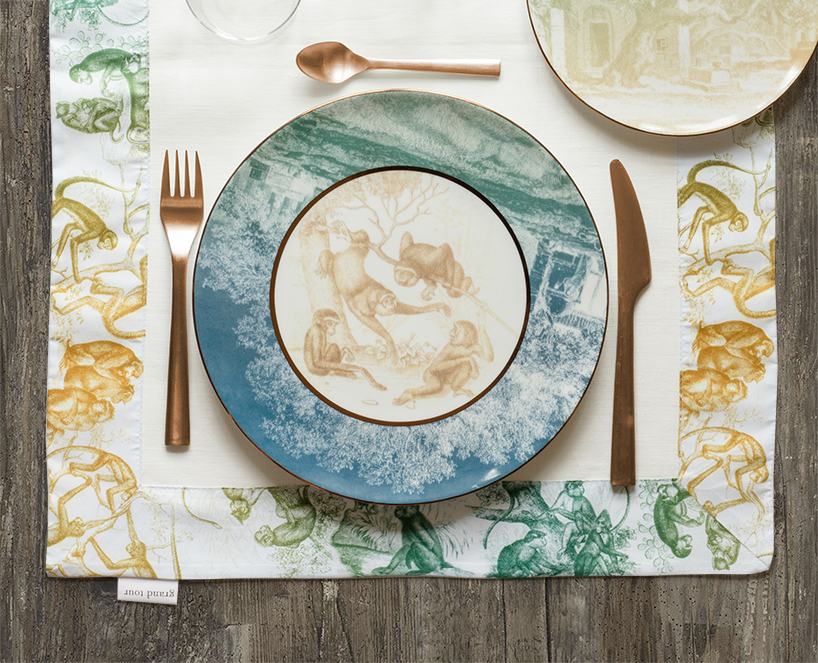 the ‘galtaji’ collection depicts an indian astronomical garden, where monkeys populate the branches of the trees in their daily activities. everything is shrouded in a dreamlike and impalpable atmosphere of soft and evanescent colors, capable of evoking without explicitly declaring. 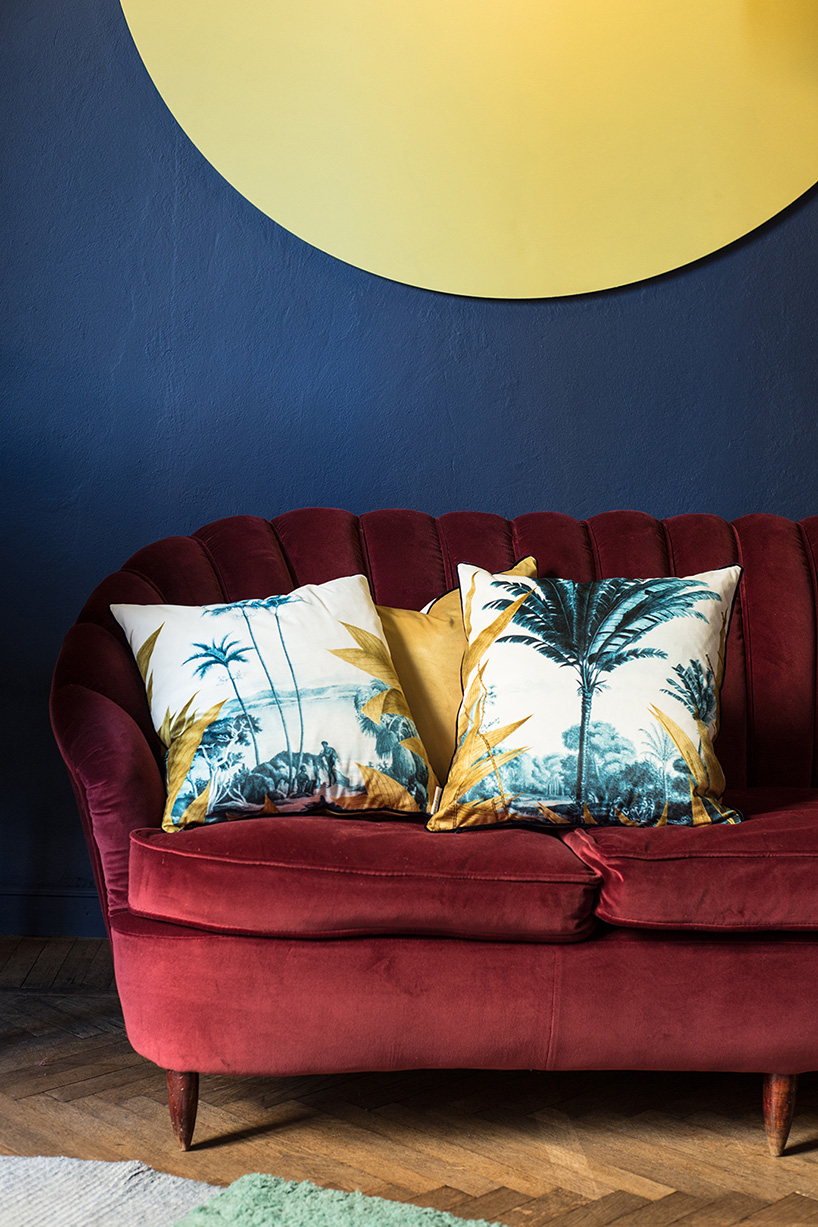 the series of dishes ‘the human being’ narrates the variety of human populations, paying homage to customs and traditions. far away in time and space, different peoples interact through looks and gestures. the composition is framed by decorative crowns that call back the same imaginary. 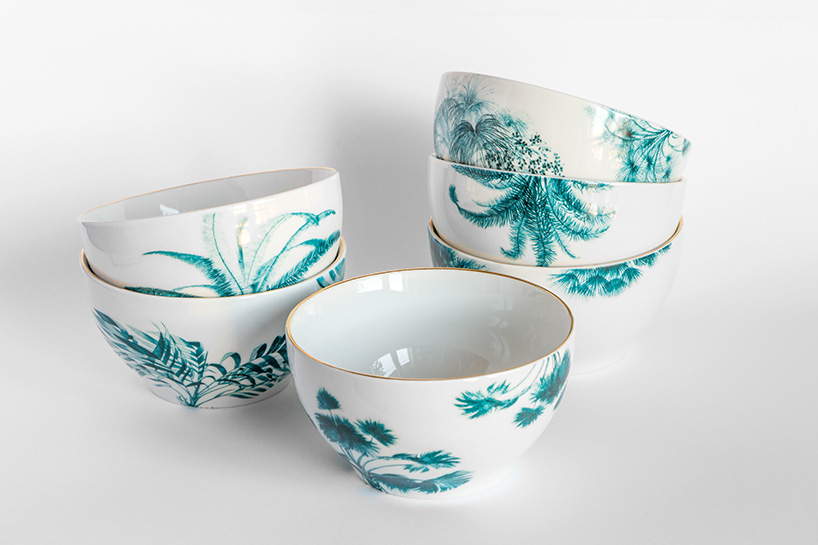 ‘las palmas’ collection has now coffee cups, boul, trays, and cushions that evoke the brazilian colonies through palm trees painted in green and ochre. ‘lebanon’ and ‘cairo’ collections, already presented, are enhanced both by coffee cups that reveal landscapes of the past populated by men, animals and architecture, both by cushions where the beauty of nature and architecture enter into dialogue. 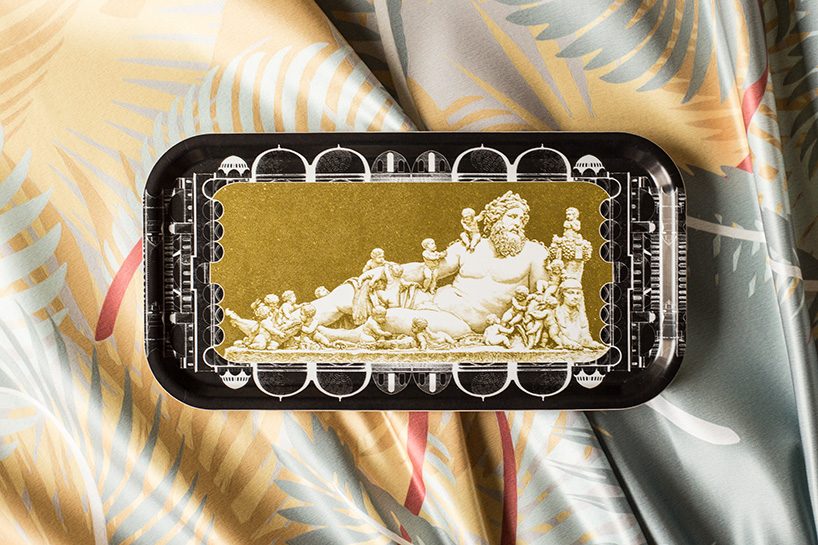 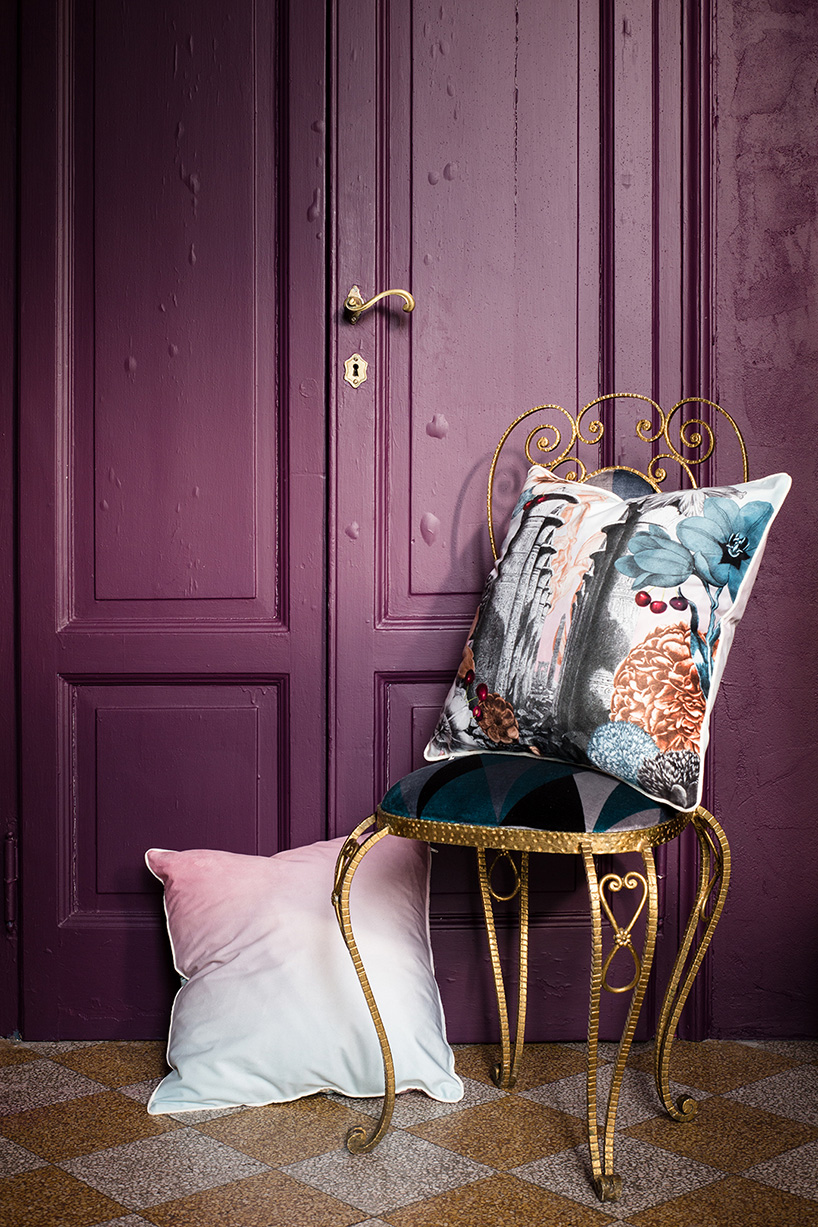 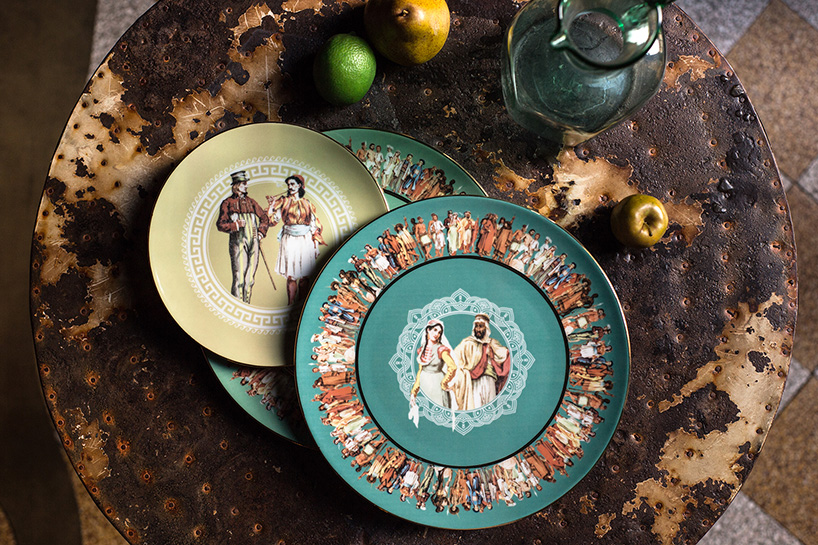 the human being collection 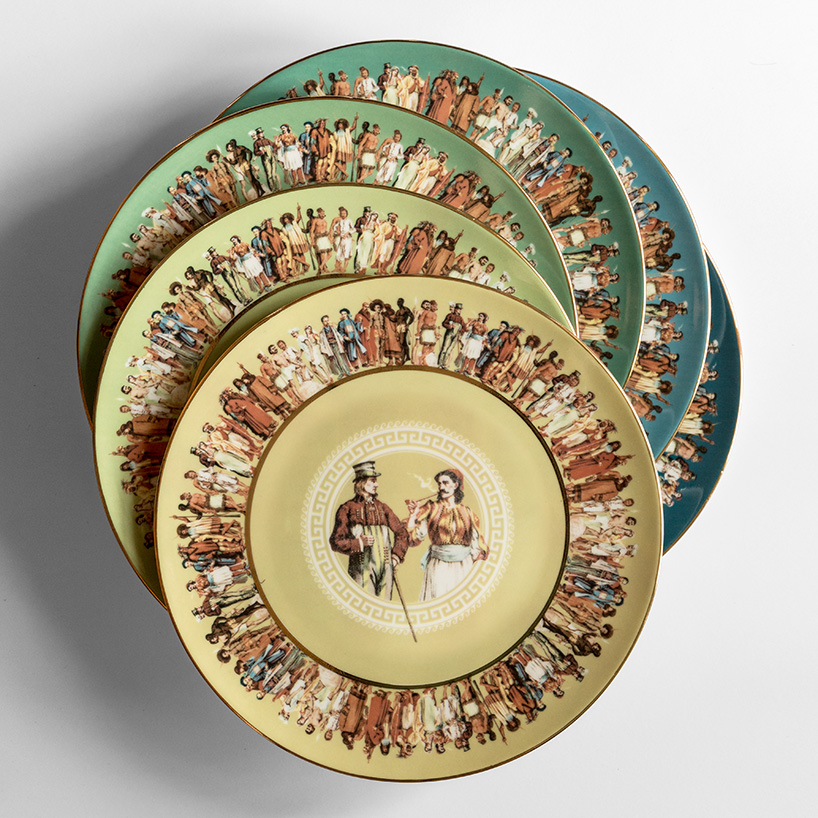 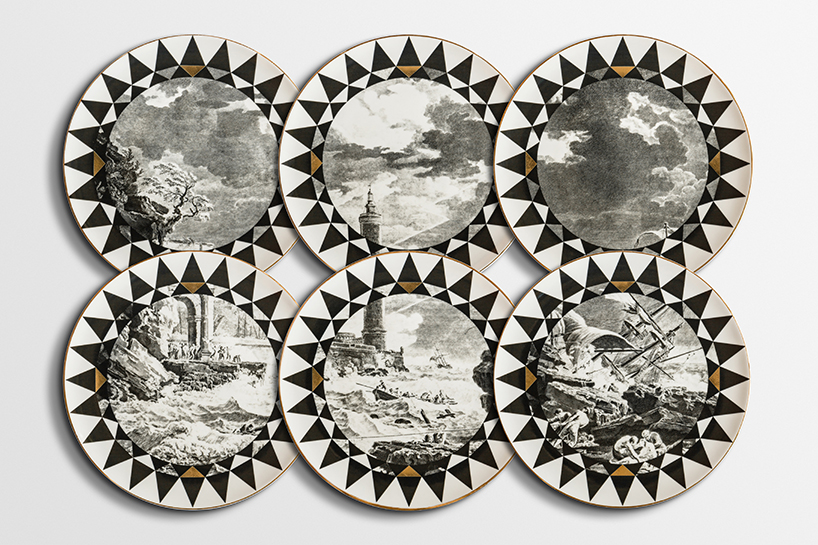 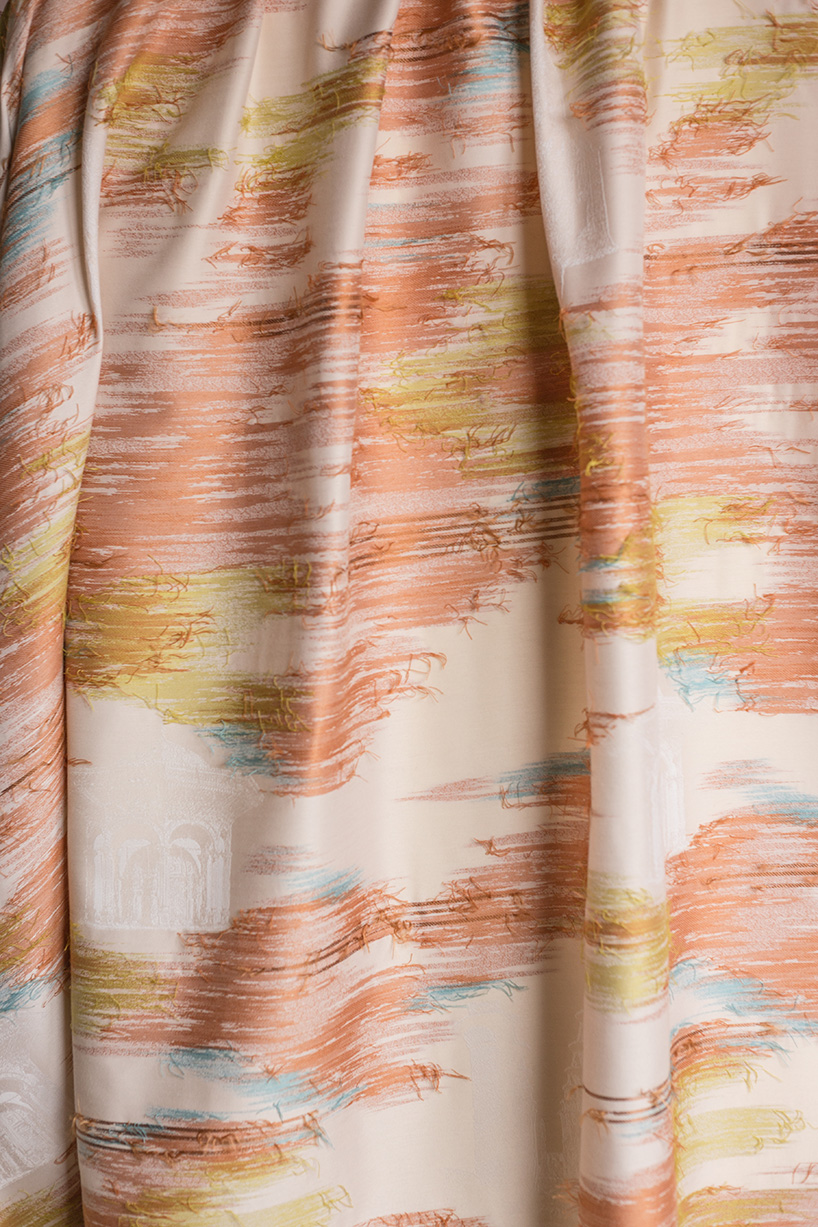 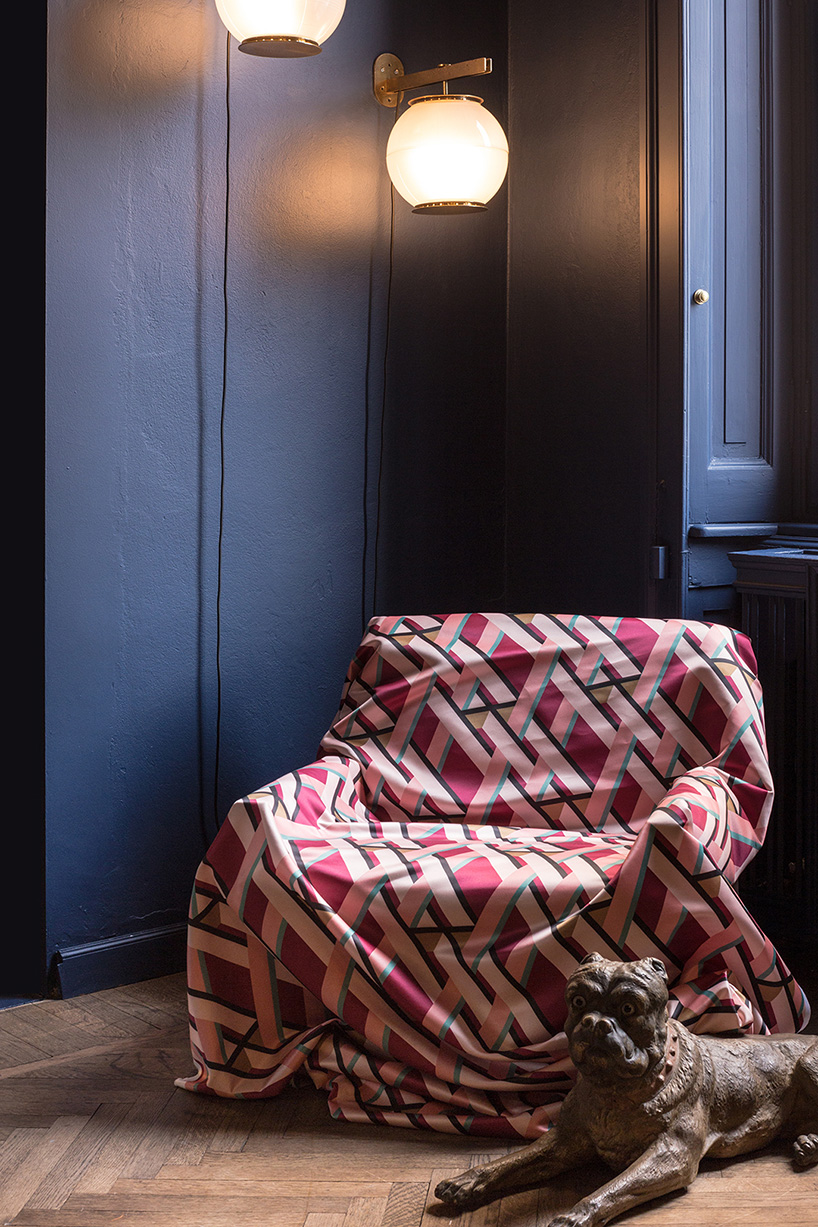 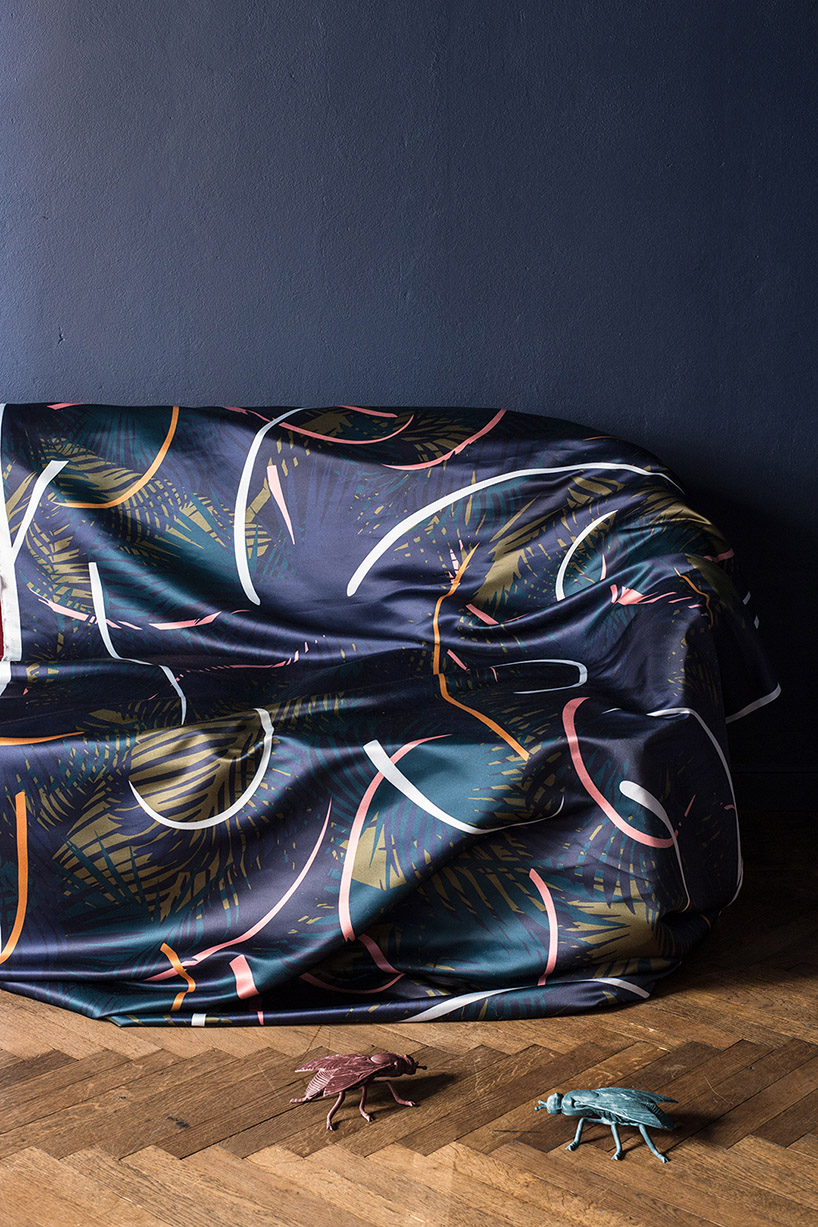 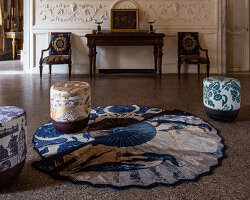 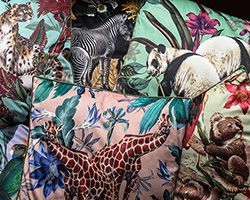 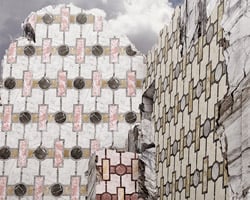 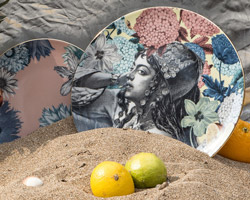 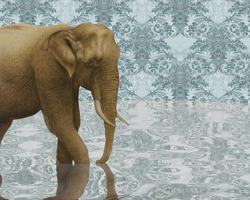