designer vivien muller has contacted us about the photon synthese project ‘electree‘, which in january 2009 was featured on designboom. ‘electree’ has now evolved and is produced by a small family-run company, thus, making the product more expensive than it should be. muller asks designboom to spread the word because the family is looking for an editor to manufacture ‘electree’ in a bigger series and therefore at a lower price point. 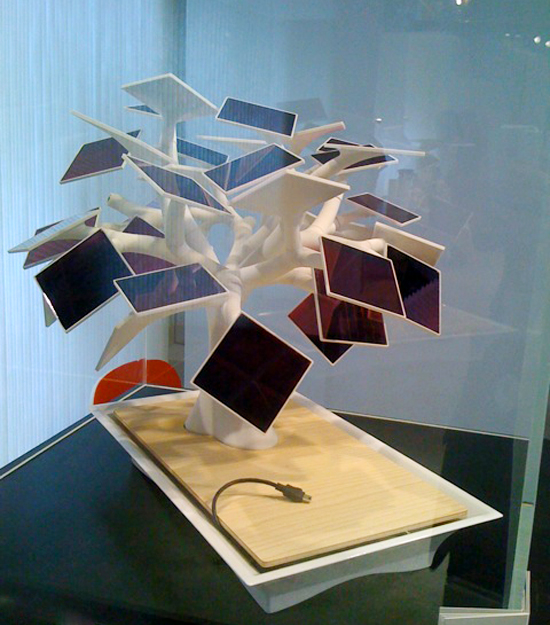 ‘electree’ is a modern sculpture imitating a bonsai, of which the leaves are small photovoltaic panels. it allows users to recharge their mobile devices without using any other energy than light. the structure is equipped with 42 cells which is equivalent to an entire surface of 2178 cm², and for a bulk height of roughly 40cm. energy produced by the panels during daylight is stored in a base hidden battery. once charged, this accumulator feeds a USB port. usage is strictly limited to indoors. it is released in a limited edition of 20 specimens. 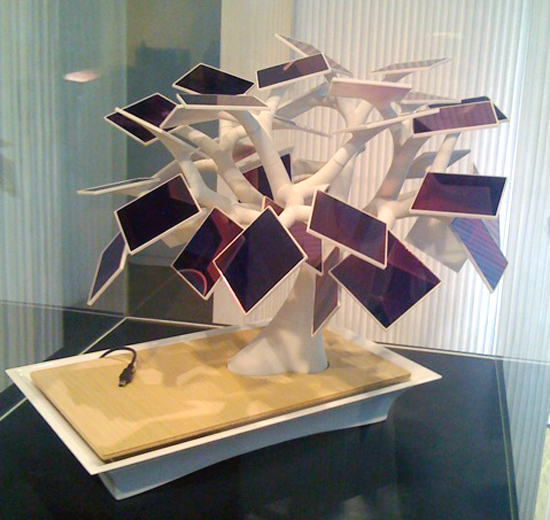 the design is delivered in magnetized modules which users assemble to create their own tree. this method makes it possible to produce an infinite number of different shapes. one can model it according to their own preference and at the same time optimize the orientation of the photovoltaic cells to increase its effectiveness.

‘electree’ was presented for the first time on may 6th, 2010 at the palais de tokyo in paris on the occasion of the 1.618 sustainable luxury fair. 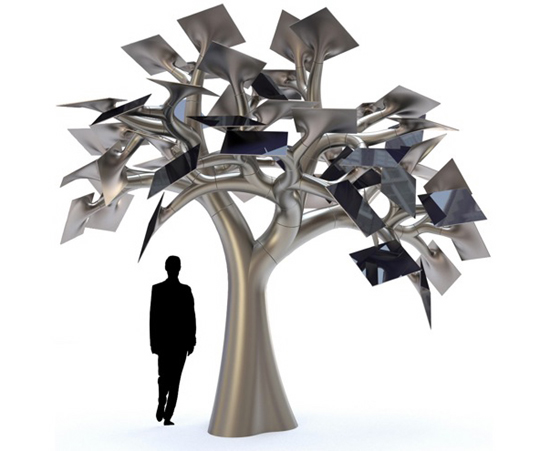 ‘electree’ is also envisioned as a city project.