serbian designer vukašin vukobratović brings street signs indoors with his ‘traffic jam’ clothing hanger. the furniture object not only features hooks in which to hang jackets and other clothing items, but stays true to its original form and function of displaying signage which could be particularly useful in schools, hotels, restaurants, offices and other public spaces. the interchangeable signage plates can be personalized and adjusted to different settings, providing easy orientation as well as some organization in public environments. 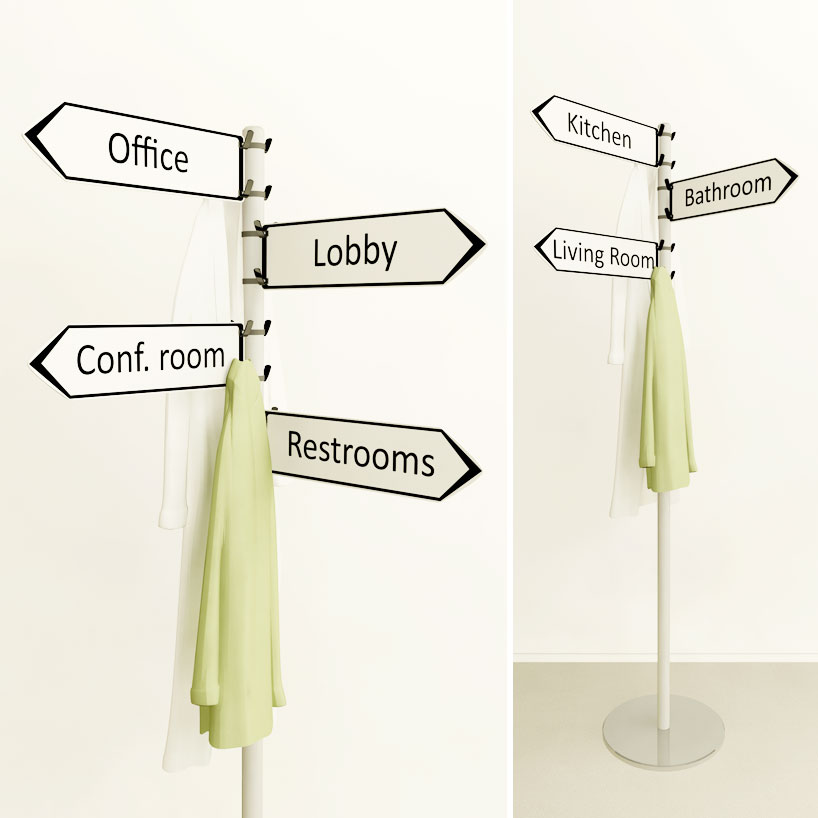 the signs can be customized according to one’s needs

‘traffic jam’ is one of 11 winning projects of the 2011 ‘young balkan designers’ competition. the jury run by munich-based designer konstantin grcic, selected the projects from 391 entries submitted by young designers and architects. the winners, who represent five different countries: bosnia and herzegovina, bulgaria, croatia, greece and serbia, will represent the region’s creative potential at milan design week in april 2011, and then in may at the mikser festival in belgrade. 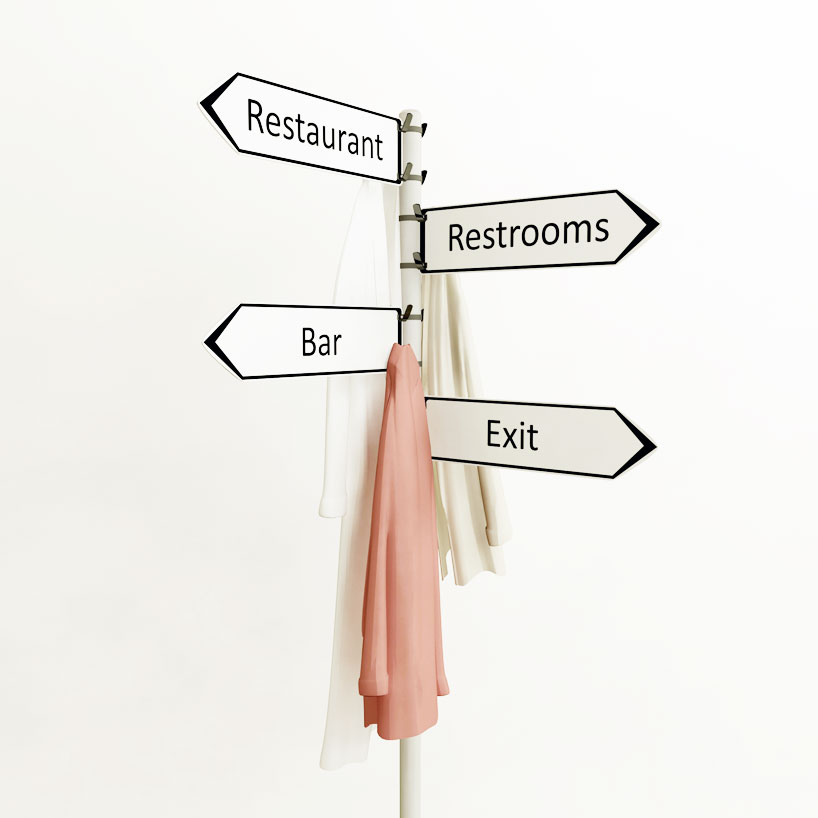 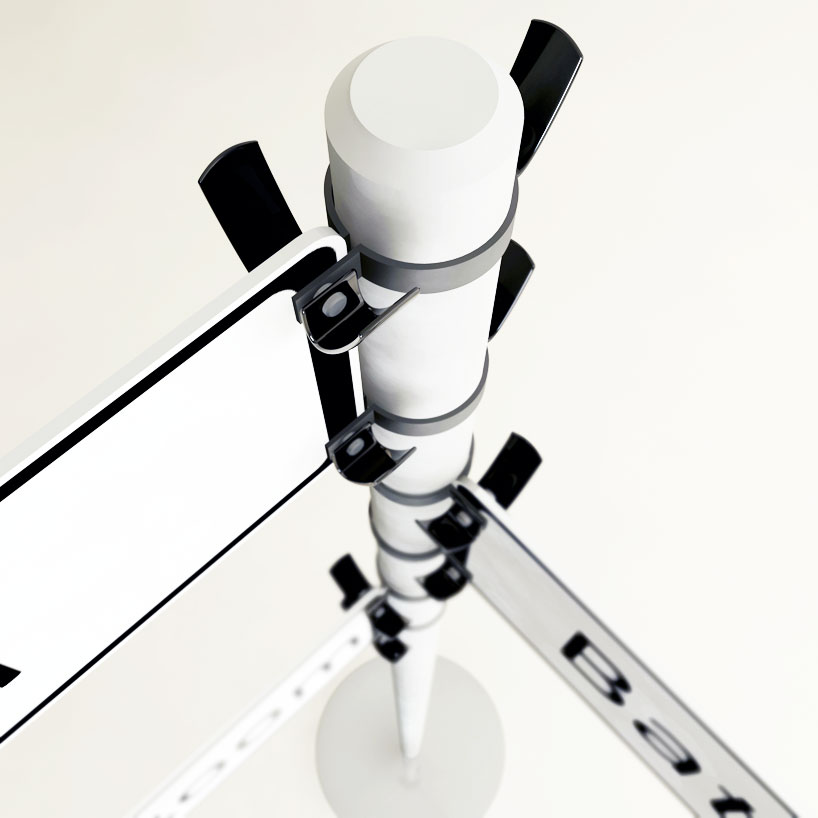 detail of the signs and hooks attached to the stand