the scrap material was collected by volkswagen over the course of various cleanup drives. hari then dismantled each object and segregated it by shape. ‘I see all objects as forms,‘ the artist explains in an interview with the asian age newspaper. ‘so my mind is always open to thinking I can create this out of this form. in the ‘think blue beetle’ you’ll see that I have used old speakers for the headlights, a mouse for the indicator light. for the wheel caps, we sourced old gramophone records… the function (of the discarded object) isn’t important, I work according to the form.‘

interestingly, hari uses the indian religious concept of ‘mukti’, the liberation from the cycle of reincarnation, as a metaphor for his craft. while at the same time reusing and readapting physical materials, hari notes, ‘what I do is give the material mukti. whatever material I use, it remains art forever; [on the conceptual level] it is not recycled again.’

the ‘think blue beetle’ in on exhibition through february 12th, 2012, in mumbai at the kala ghoda art festival, before moving to an art museum in germany.

the making-of the ‘think blue beetle’ 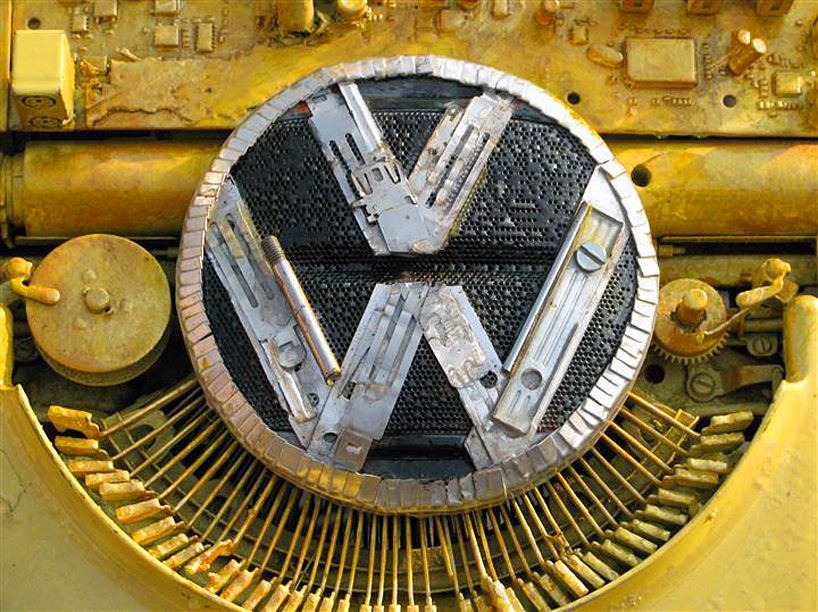 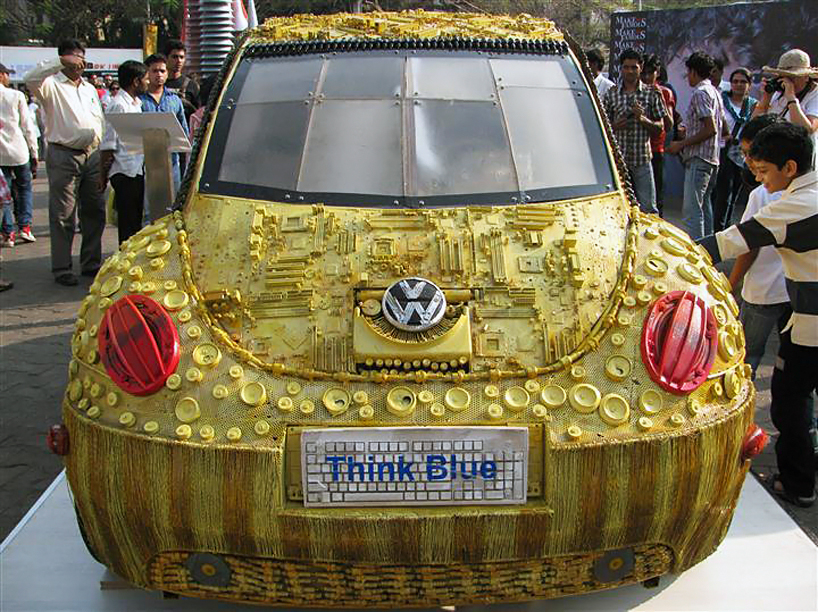 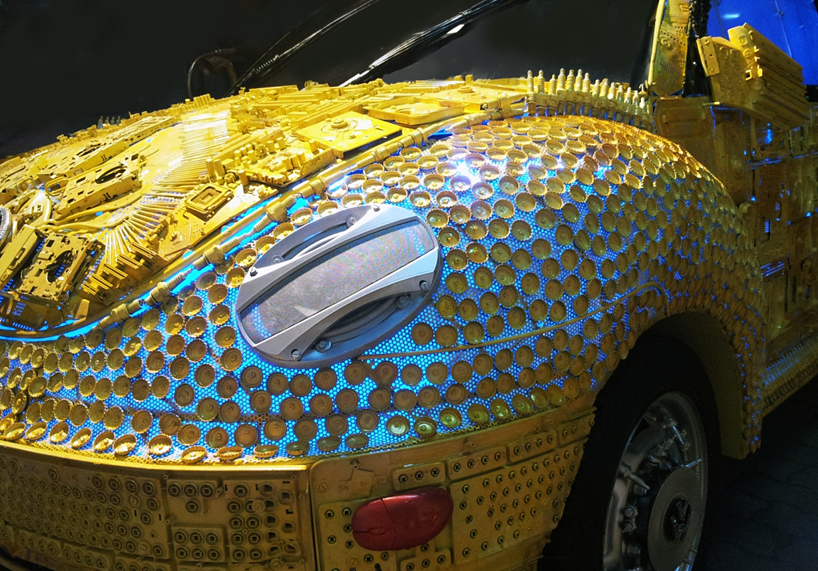