the project began last spring when melissa creative director, edson matsuo was invited to lead a workshop at the university. he asked students to develop a completely experimental prototype for a shoe. the object was to combine the technical expertise of the melissa label, known for its PVC creations, with the creativity of the young students. overall, matsuo was seduced by julie simon, marine stampfli and morgane ribeyrolles designs.‘walking object’ by julie simon

for her design, julie simon developed a ‘walking object’ developed around a link to childhood. fascinated by disney characters, she chose to work with the silhouettes of bambi and ducks in her footwear design. featured is the body of a normal looking pump, however the humour is found in the rubber ducky which stands in as the shoe’s heel. 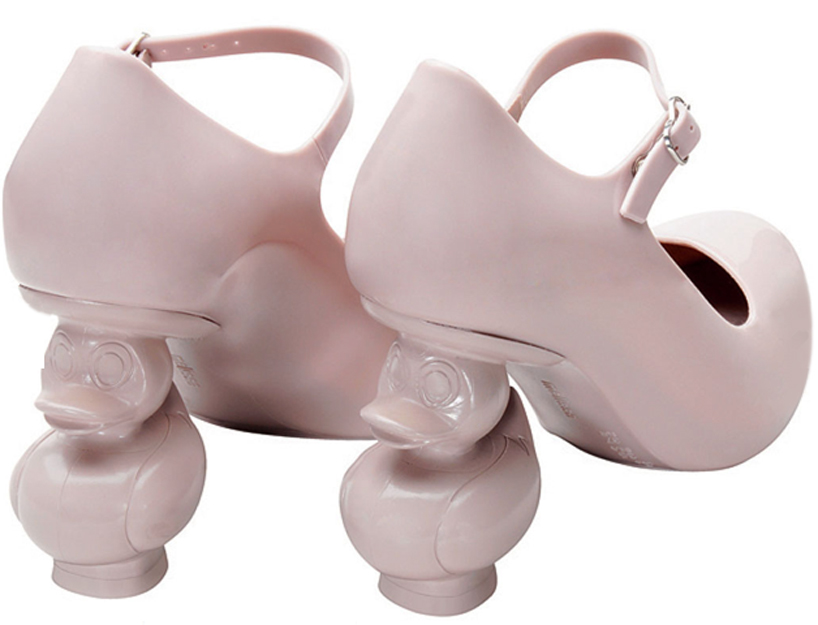 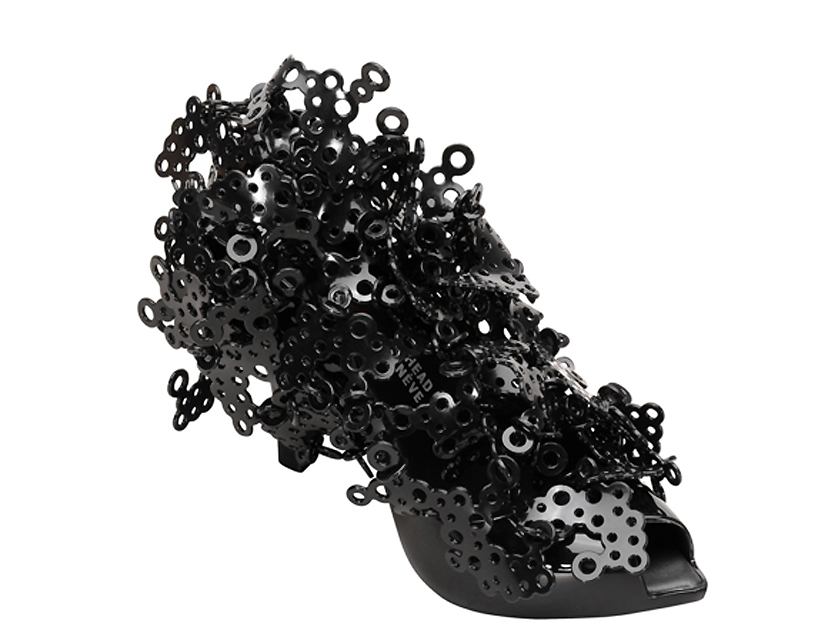 the theme development of morgane ribeyrolles’s ‘metamorphosis’ began around the notions of heat, light and brazil. the abstract assemblage of forms covering the body of the shoe is meant to represent constellations visible in the country’s city of rio de janeiro. each star is seen as a circle, united to form a module attached to one another. the idea of a shoe in which you can add modules to create the volume is the result, something that can be constantly changed. the prototyping has been done by laser cutting in order to create perfect shapes in large quantities. 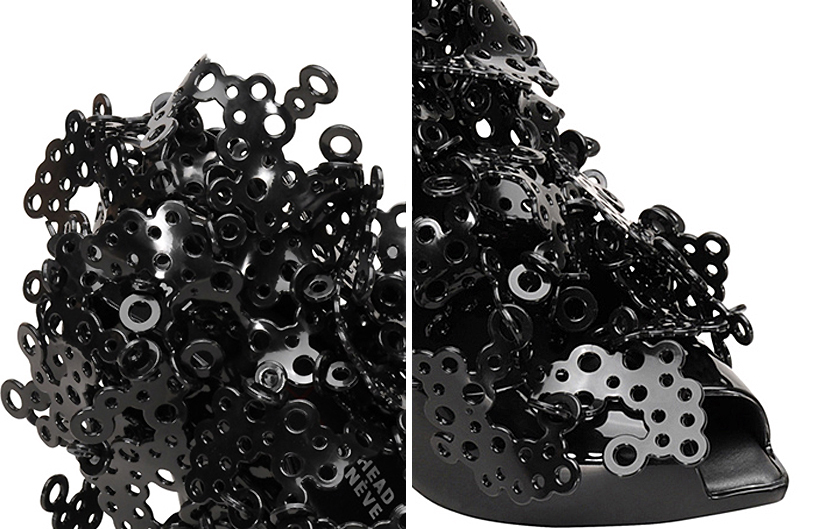 detail of the ‘constellations’ 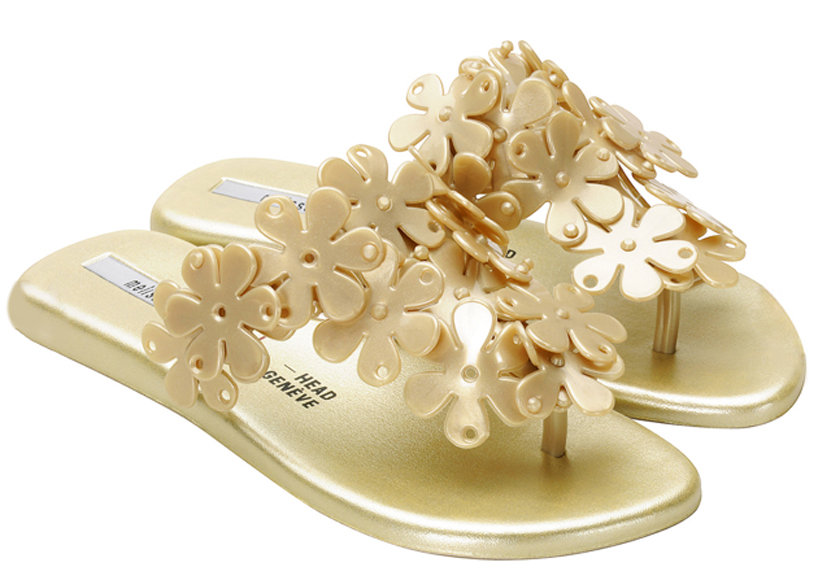 marine stampfli looked to create both an ‘accessory body’ and a ‘walking object’, and began to study the parts of her body where these objects could be used. stampfli documented pictures and videos of her body moving and then began to make latex and plaster molds of the parts she thought were most interesting. working in conjunction with childhood memories, such as making flower garlands and playing with legos, she decided to create a floral module and fastener which could be altered to accessorize one’s body in the way in which they desired, adding and subtracting as many flowers as they wish to the footwear. 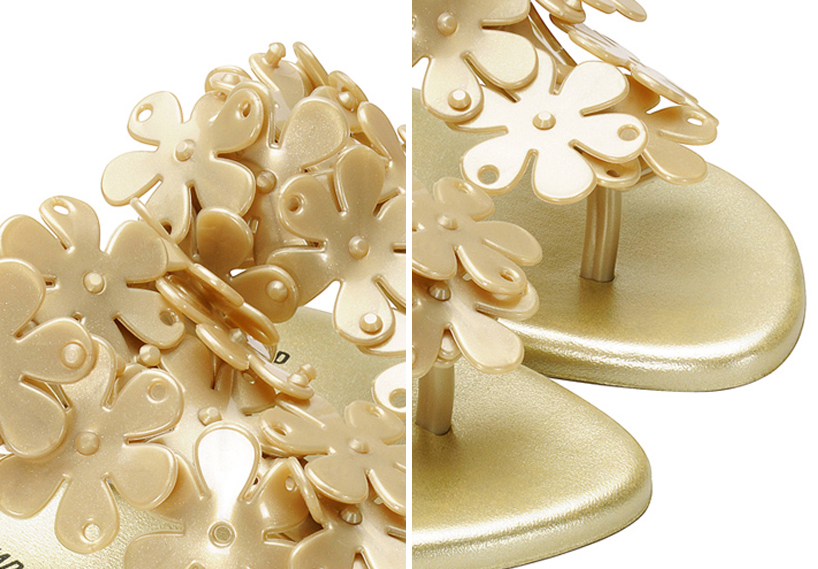 detail of the flower modules