the above instructable video explains how to quickly create a liquid glider plane. it is a simple yet innovative project that only involves a 3D-printed plastic chassis and some soap water. the plane wings have big gaping holes, and so does the wide tail. those slots are filled with a thin film once the frame is dipped in the liquid mix. the glider has now a full surface for the least amount of weight possible, and it is ready to fly for what from the video looks like a 50 feet distance.

this visually hypnotizing widget is the second version of a youtuber’s attempt to create a water-winged glide. the new edition has bigger dimensions, with the designer giving much more room to the liquid layer that allows the plane to float in the air. 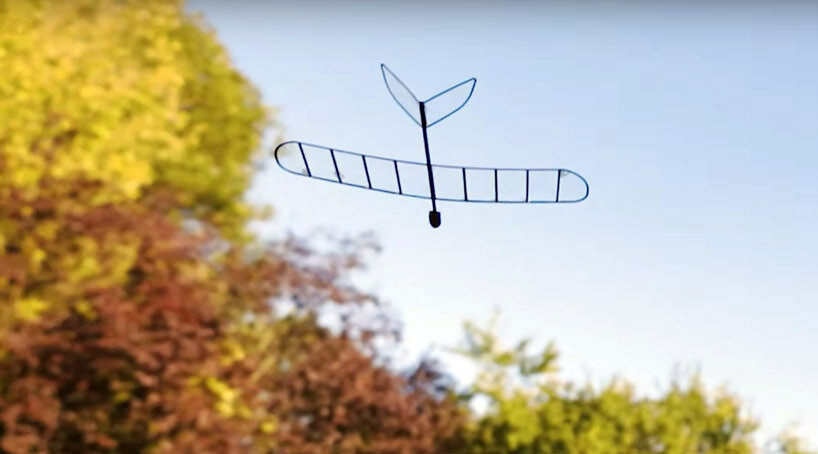 a barely visible film stretches throughout the glider gaps.

the 3D .stl file needed to reproduce this little plane is not yet available but you can buy the physical item on ebay. with a small size that fits in one hand, and a short distance range, this glide may not have many business purposes. however, it can be a fun experiment for those who are interested in 3D-printing. 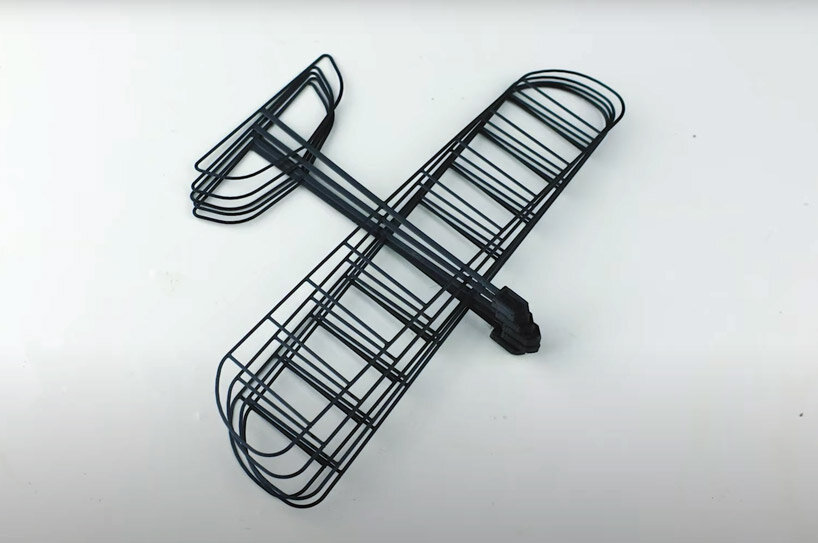 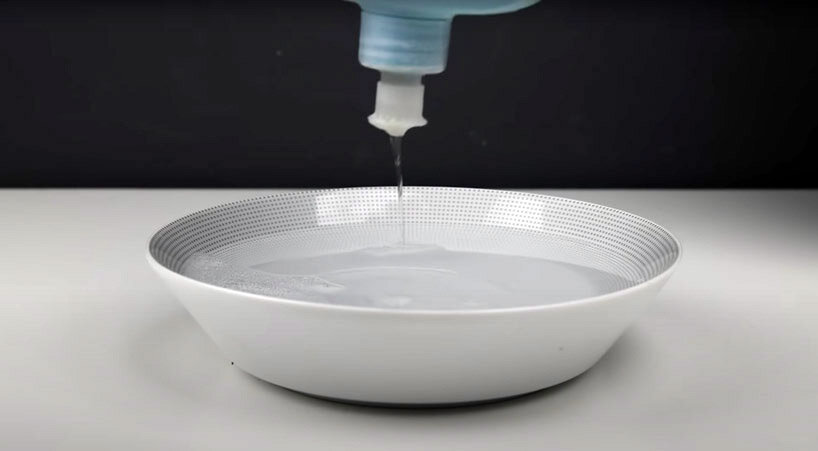 step one: pour water and soap in a bowl. 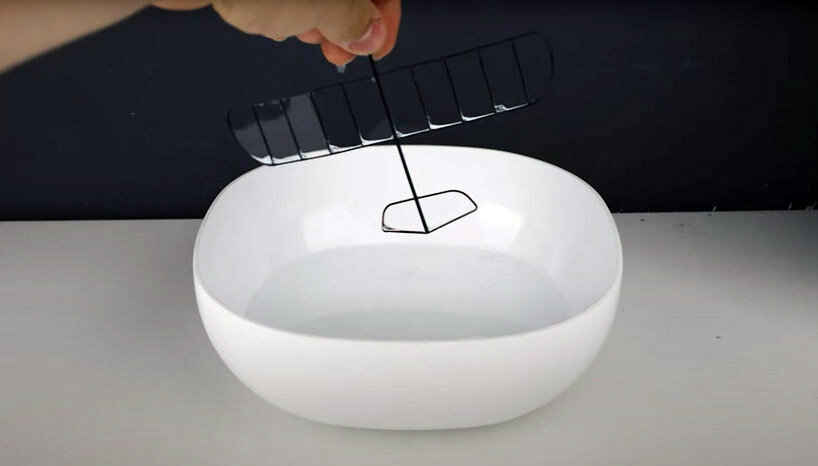 step two: dip the glider in the liquid. 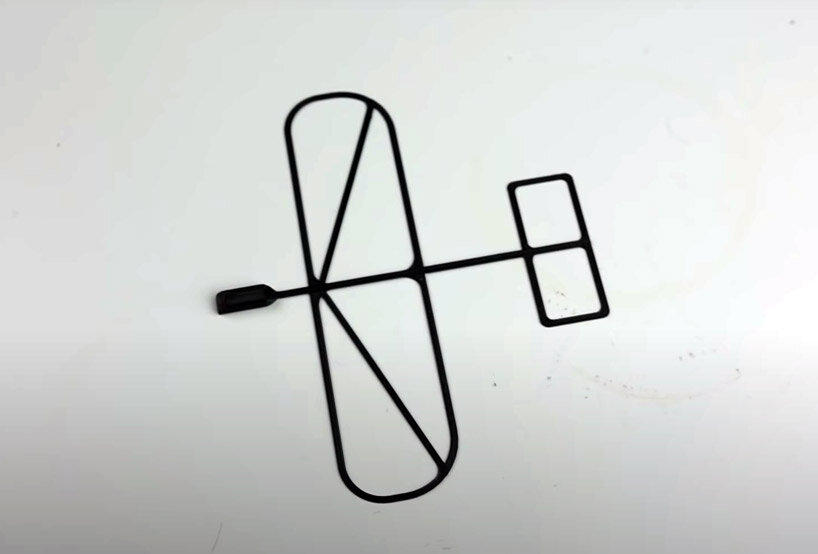 version 1 of the ultralight glider. 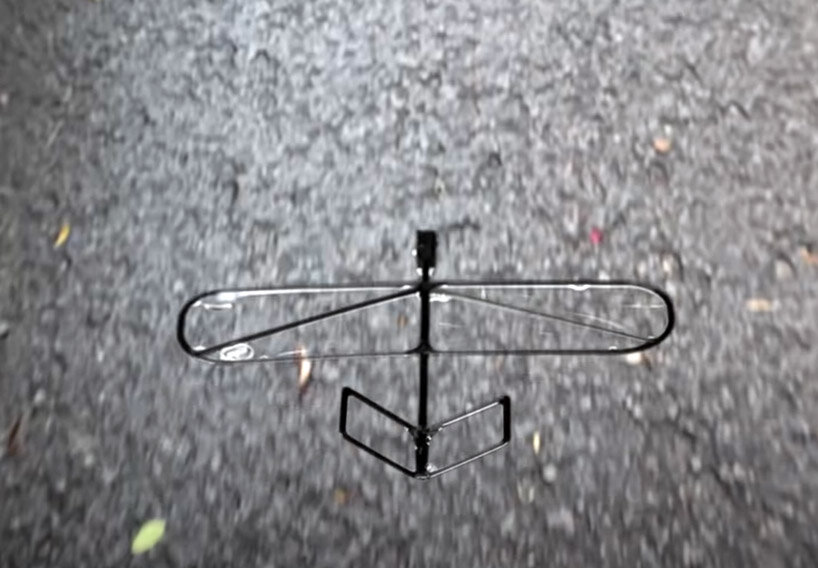