israeli designers mey & boaz kahn of studio kahn, have sent designboom their latest project ‘water games’. studio kahn may be familiar to designboom readers for their ‘fragile’ salt and pepper set, which was one of the winners from our design completion ‘dining in 2015’. the design is also now available in the designboom shop.

‘water games’ is an interactive game which is made from a porcelain shell framed in a wood box. to play, the cavities of the porcelain shell are filled with water. placing your finger in the water activates the game illuminating the hole with a light. inside the box touch sensors and a small microprocessor called arduino run the game. view the video below to see how the game works. 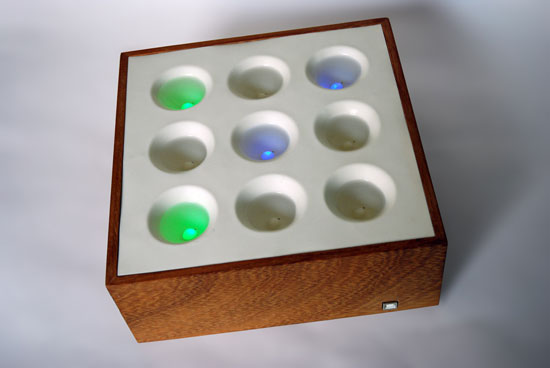 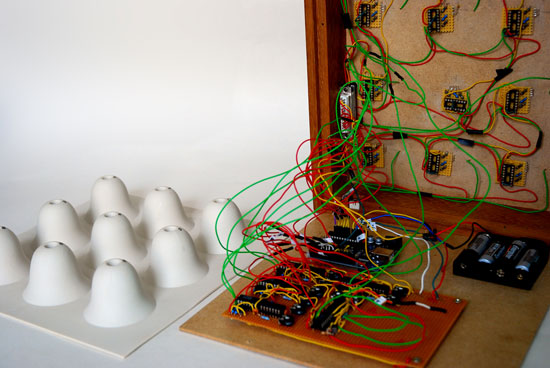 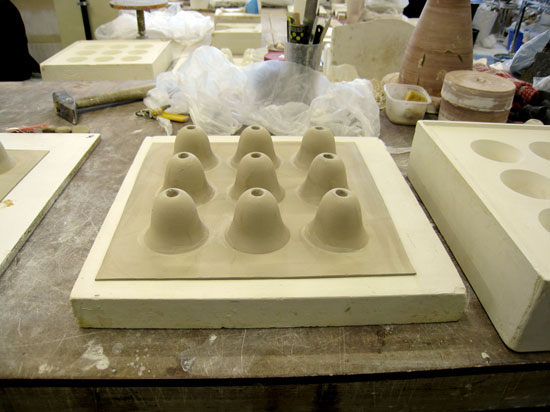 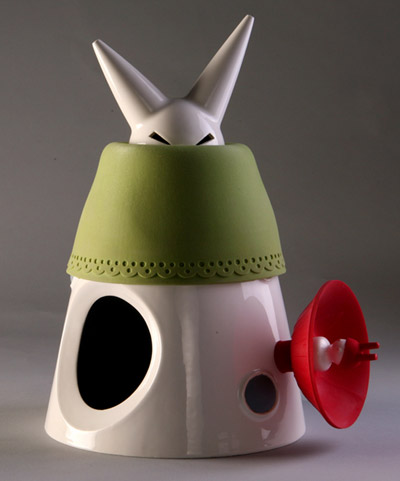