‘polish design 1955-1968: we want to be modern’ at the national museum of warsaw, warsaw poland image © designboom

designboom recently visited ‘we want to be modern’, an exhibition at the national museum of warsaw in poland that we previously reported on. the show, on now until april 17, features polish design from the ‘post thaw’ period of 1955-1968. built form prototypes, models, samples and one-off designs, the show displays around 200 pieces – only one percent of the museums permanent collection – for the first time ever. 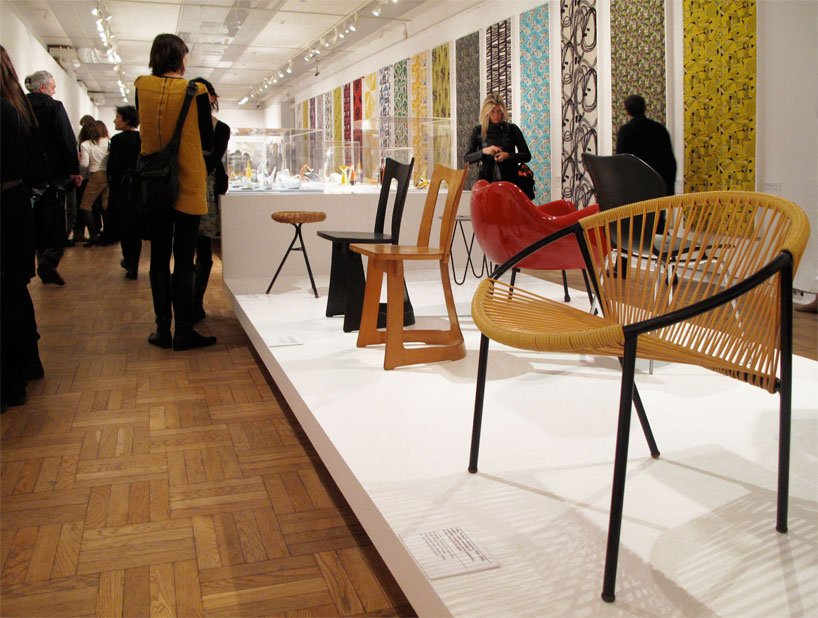 while featuring important objects of furniture, ceramics and textiles, many of which remain unknown in the west, the exhibition explores the significance that objects of everyday use had in shaping the modern polish identity. this period of creative productivity, originally charged by an international liberal arts festival, saw the introduction of color, form and materials that were influenced by abstract art, organic forms and the principles of designers such as alvar aalto and charles and ray eames. 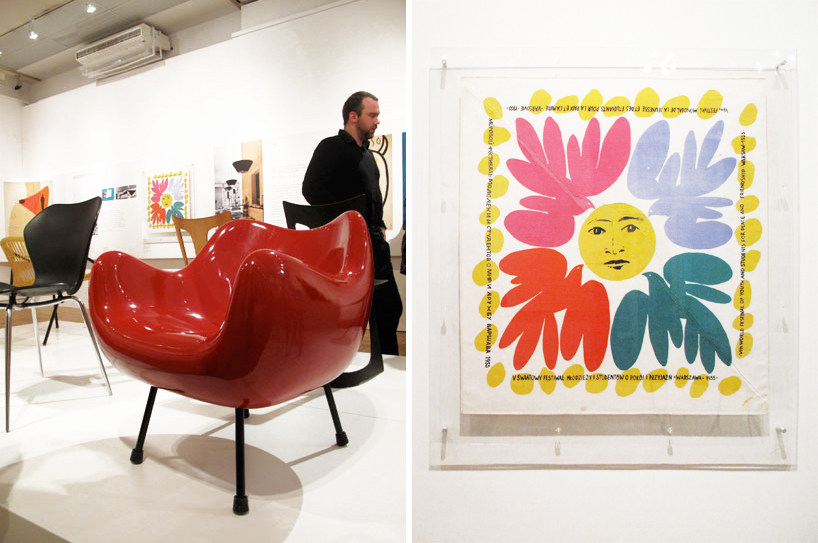 two significant pieces from the period (left) ‘armchair’ by roman modzelewski, 1958 (right) an original scarf from the ‘5th world festival of youth and students in warsaw’, an event that charged the new movement image © designboom

advertisements, film posters, and periodicals run the perimeter of the exhibition space, designed by miska miller-lovegrove (young creative poland) and curated by anna demska, anna frąckiewicz and anna maga, giving viewers insight into the social lives and propaganda of the time. 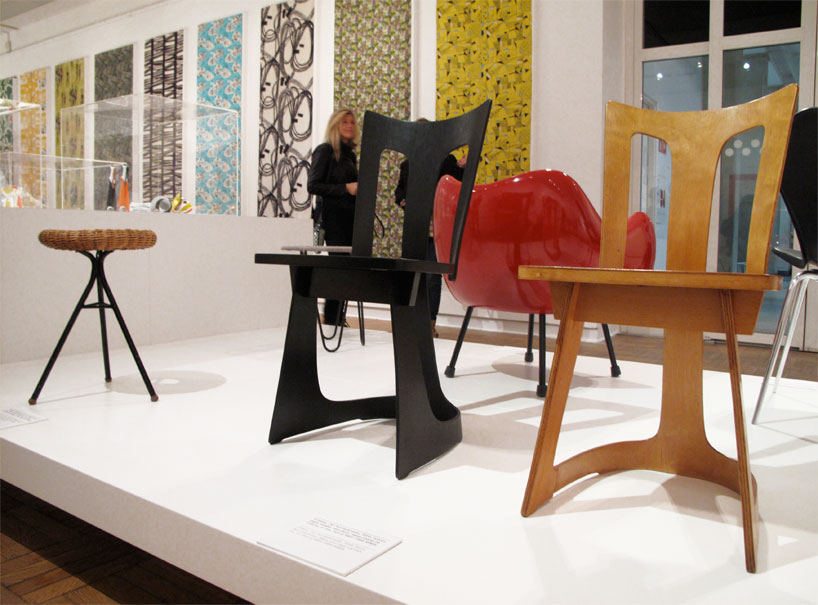 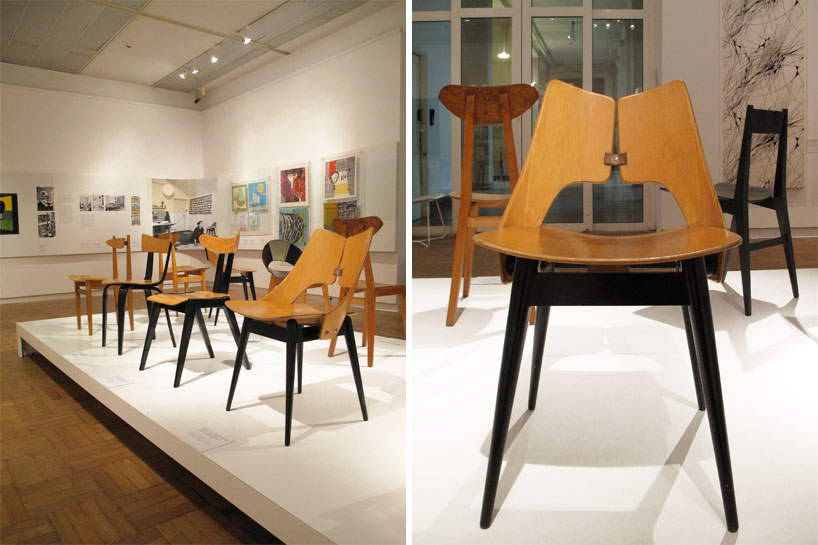 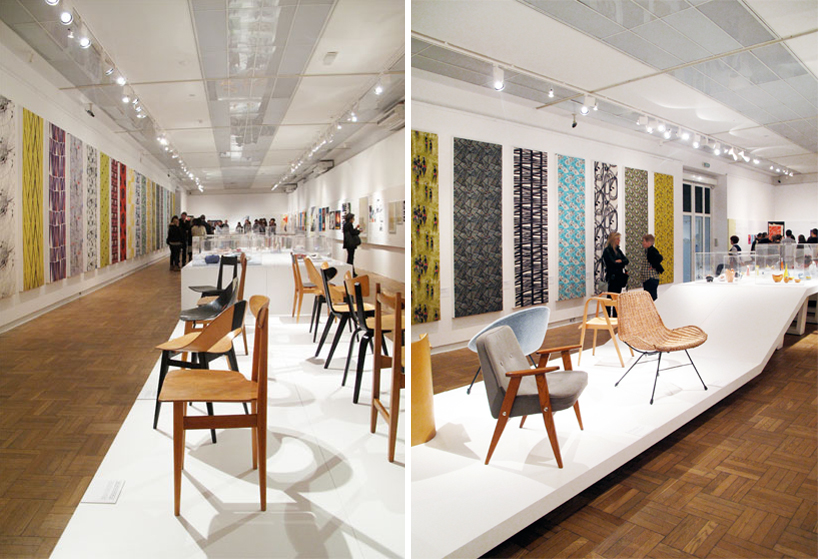 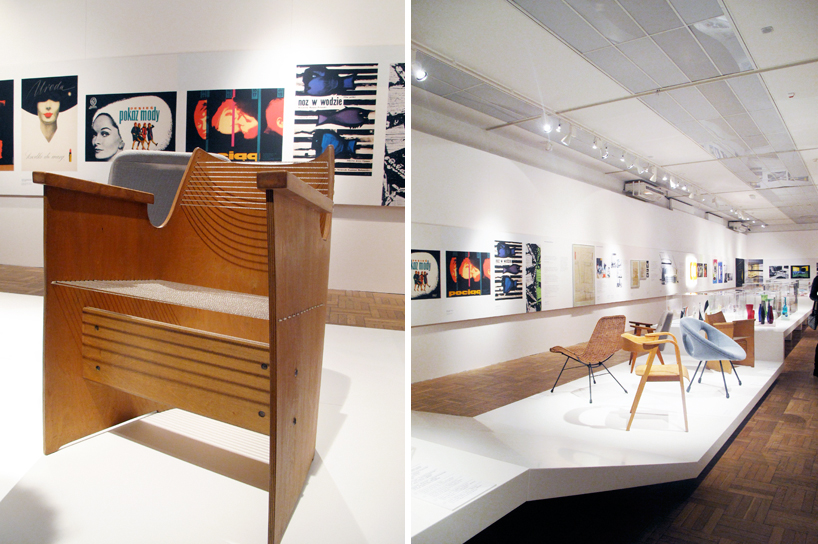 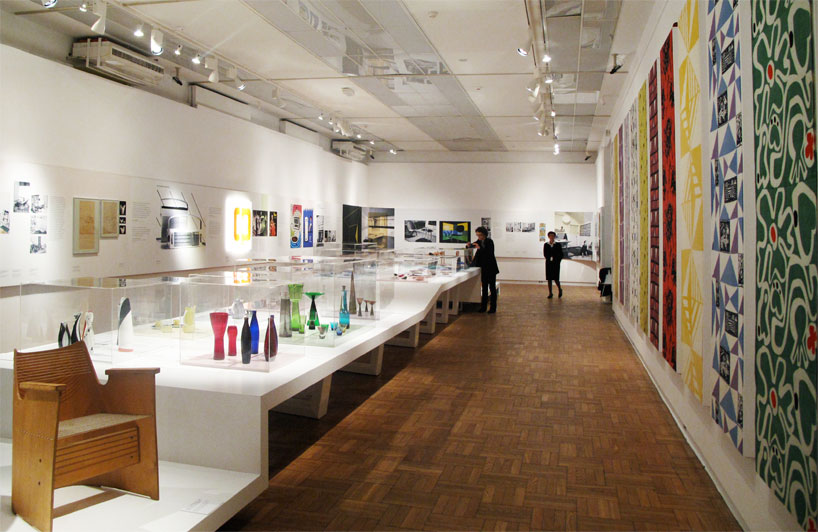 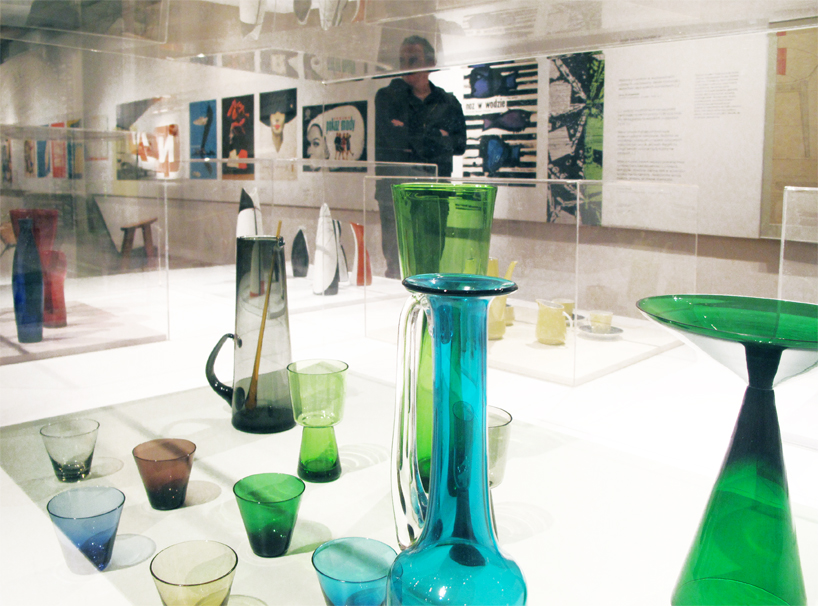 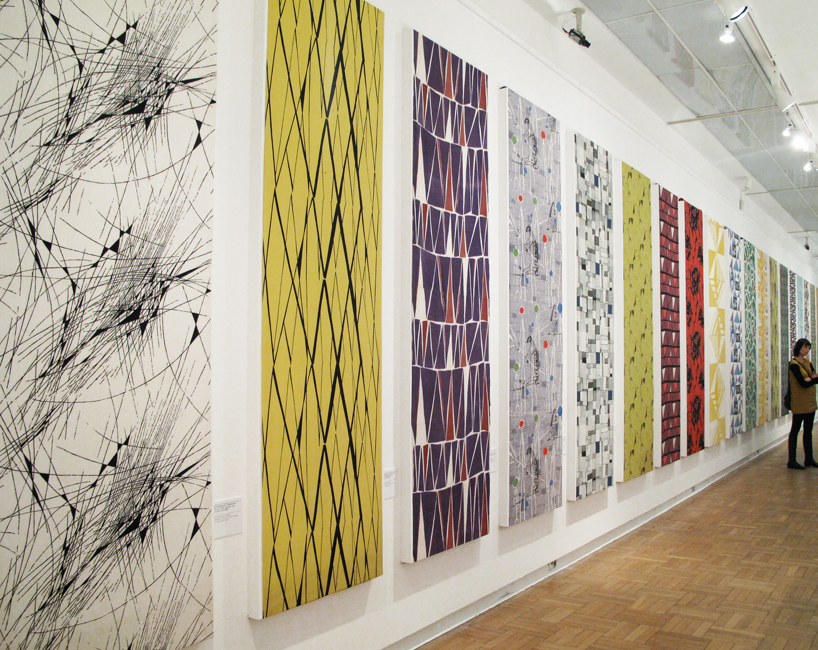 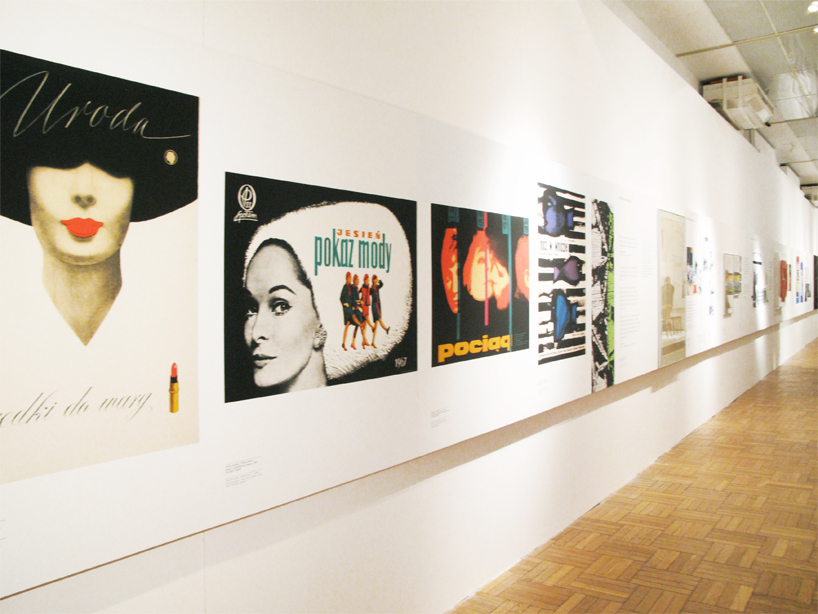 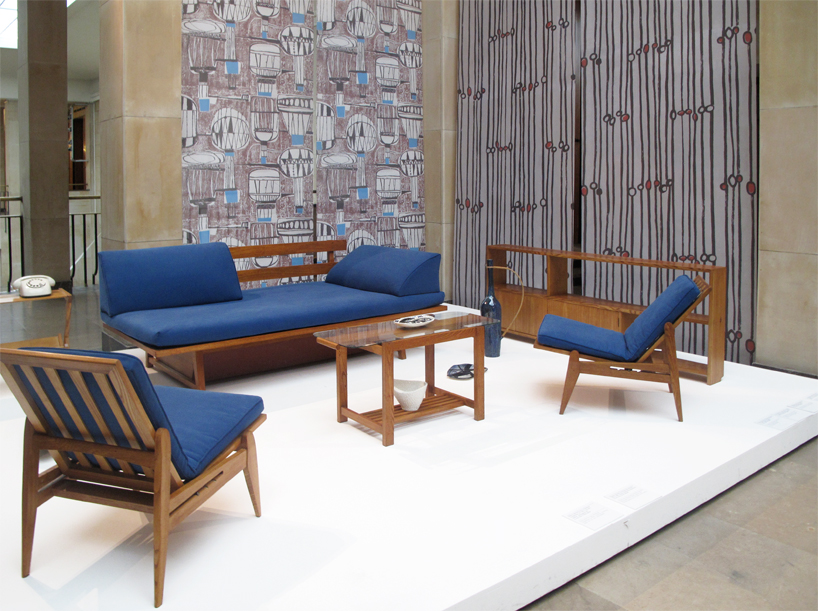 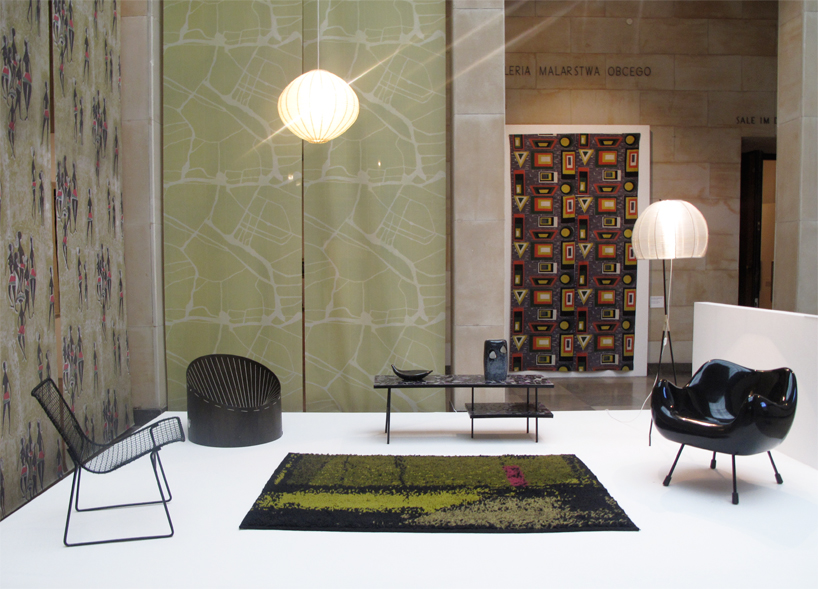 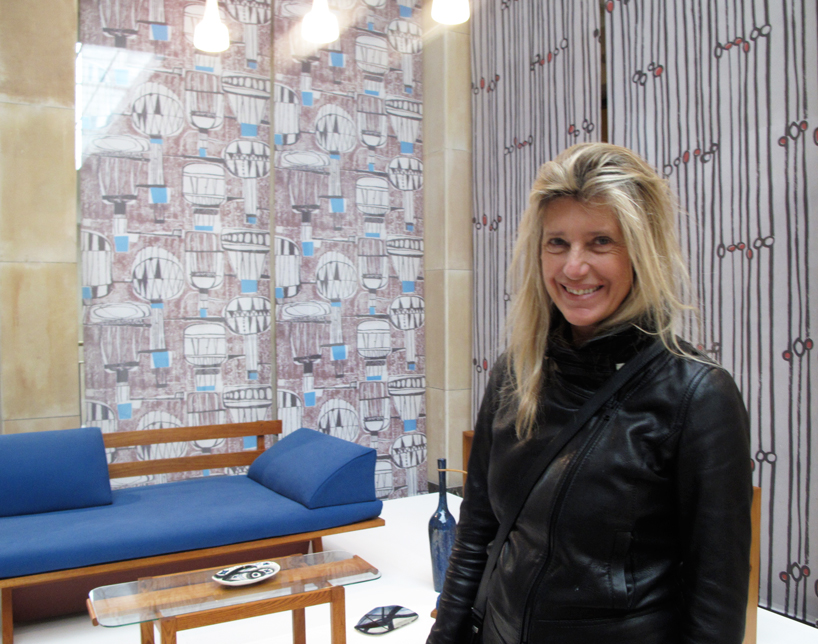 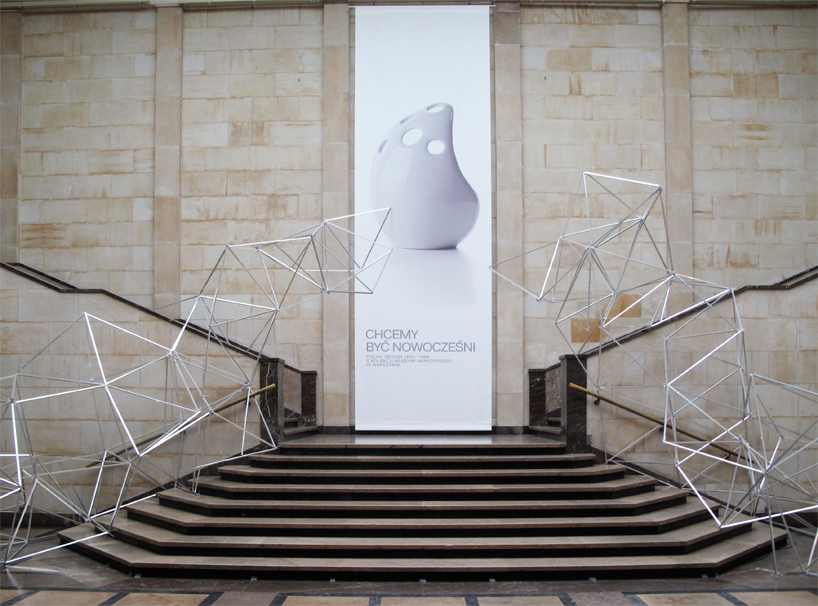