luxury travel company belmond has teamed up with the american filmmaker wes anderson for its latest project, a revival of a 50s british pullman carriage for cinematic adventures. well-known for his elegant and idiosyncratic aesthetics, and his sympathy to capture train acts within his movie sets, the film director delicately married the historical character of the art deco-inspired carriage with his bold and modern vision. 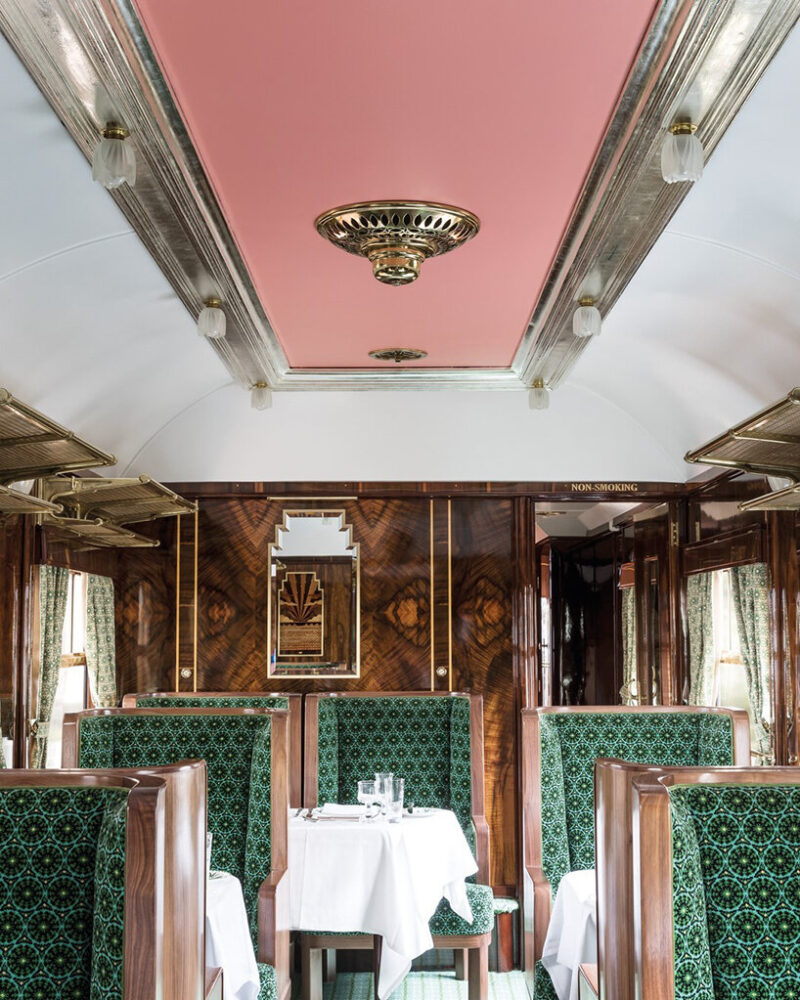 all images courtesy of belmond

this exclusive cinematic design collaboration invites visitors to experience a representation of the golden age of travel while appreciating the beauty through andersons’ off-beat glance. like entering one of the director’s whimsical film sets, bold and sharp lines, intricate patterns, vivid colors, and nostalgic sentiments take over the scene. wood-paneled walls with immersive symmetrical marquetry and intricate-patterned upholsterings subtly lead the eye up to the pastel-pink ceiling. 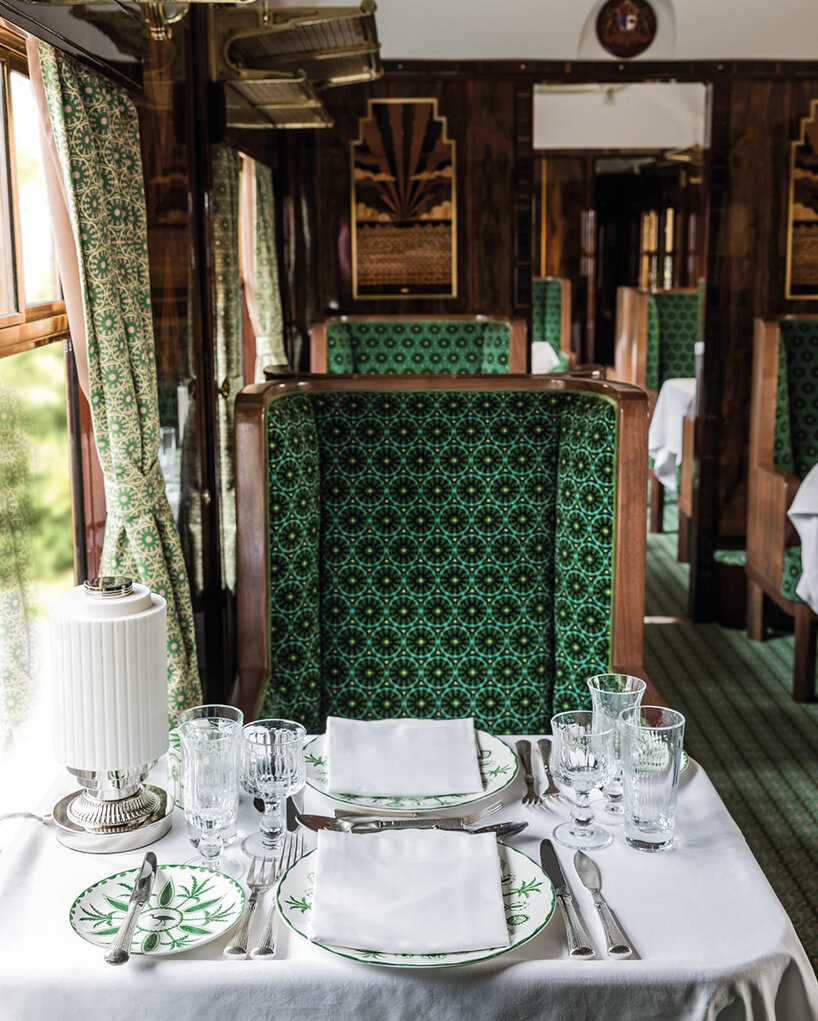 ‘I have often had the chance to invent train compartments and carriages in my movies,’ said wes anderson. ‘so I was very eager to make something new while also participating in the process of preservation which accompanies all the classic belmond train projects. they are keeping something special alive. an endangered species of travel which is nevertheless very suited to our time.’ 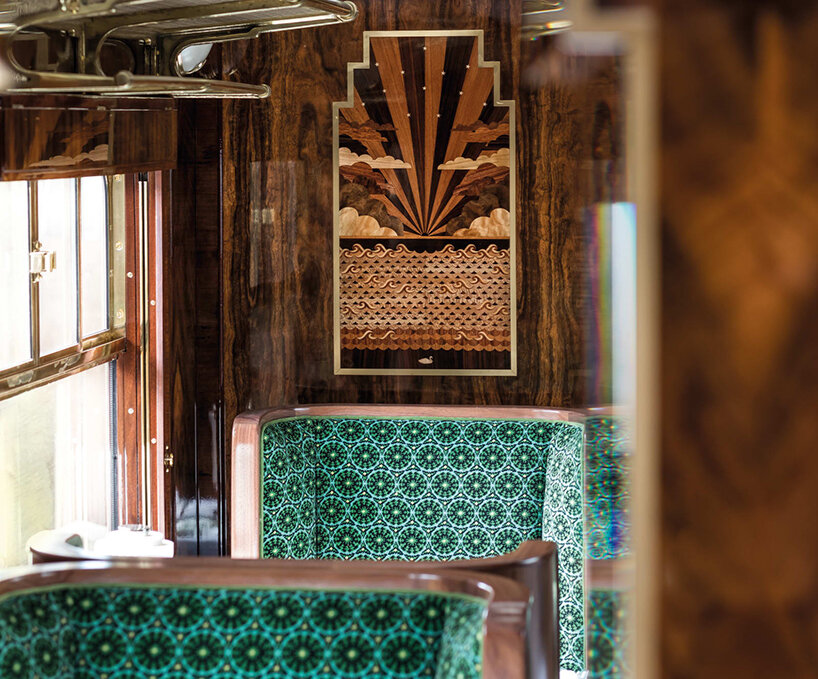 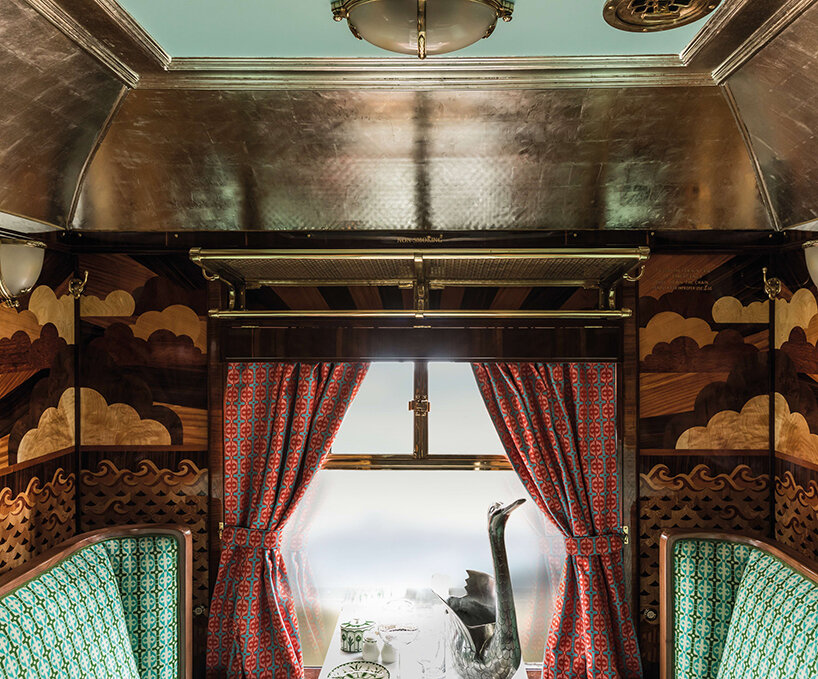 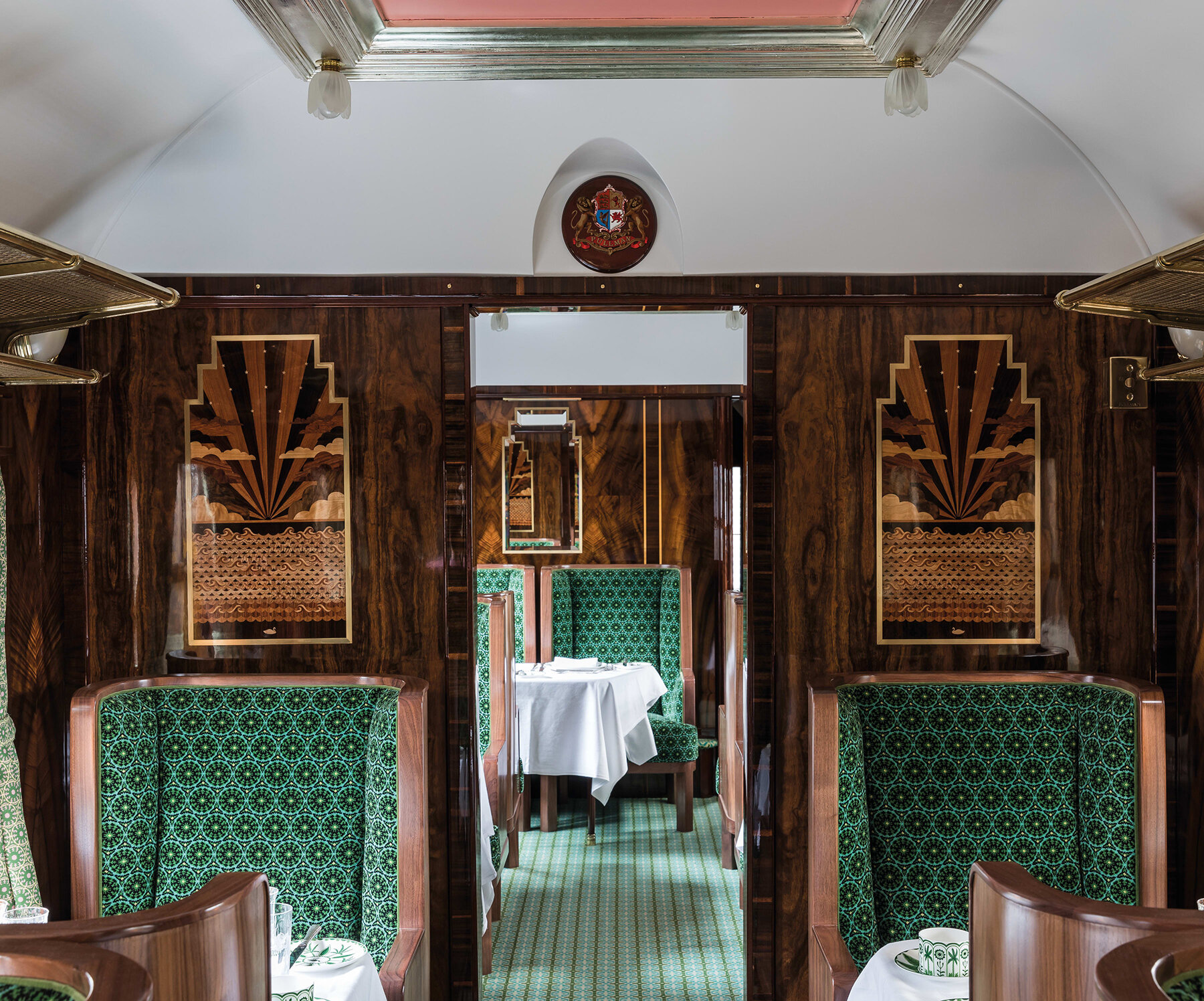 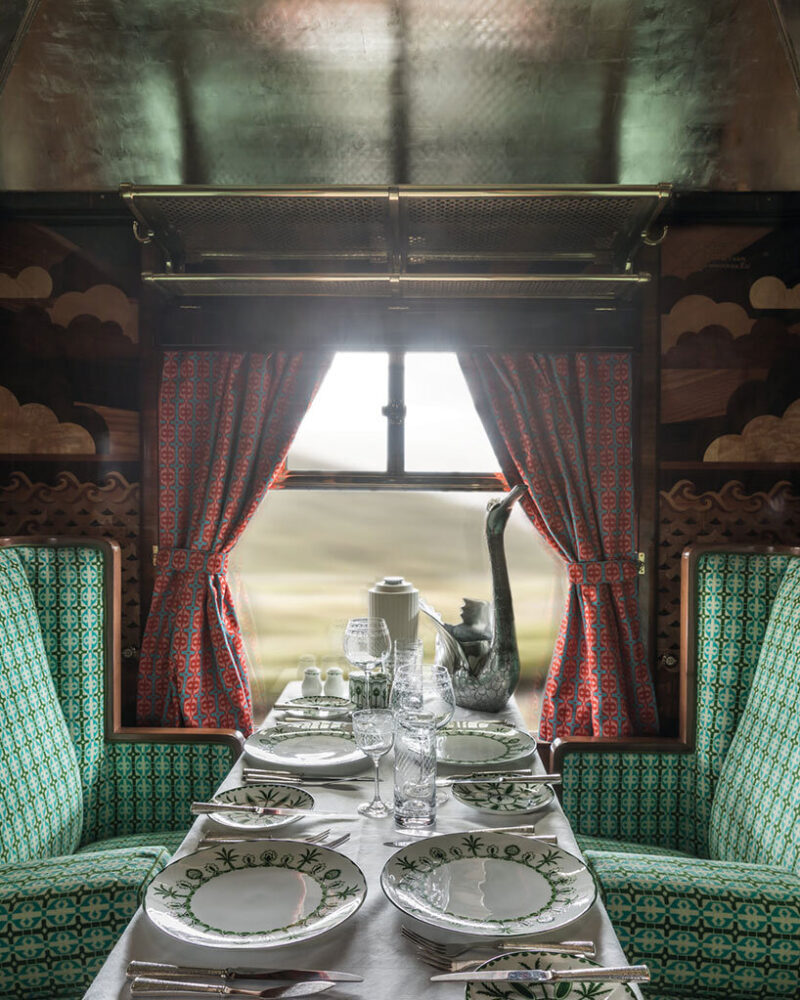 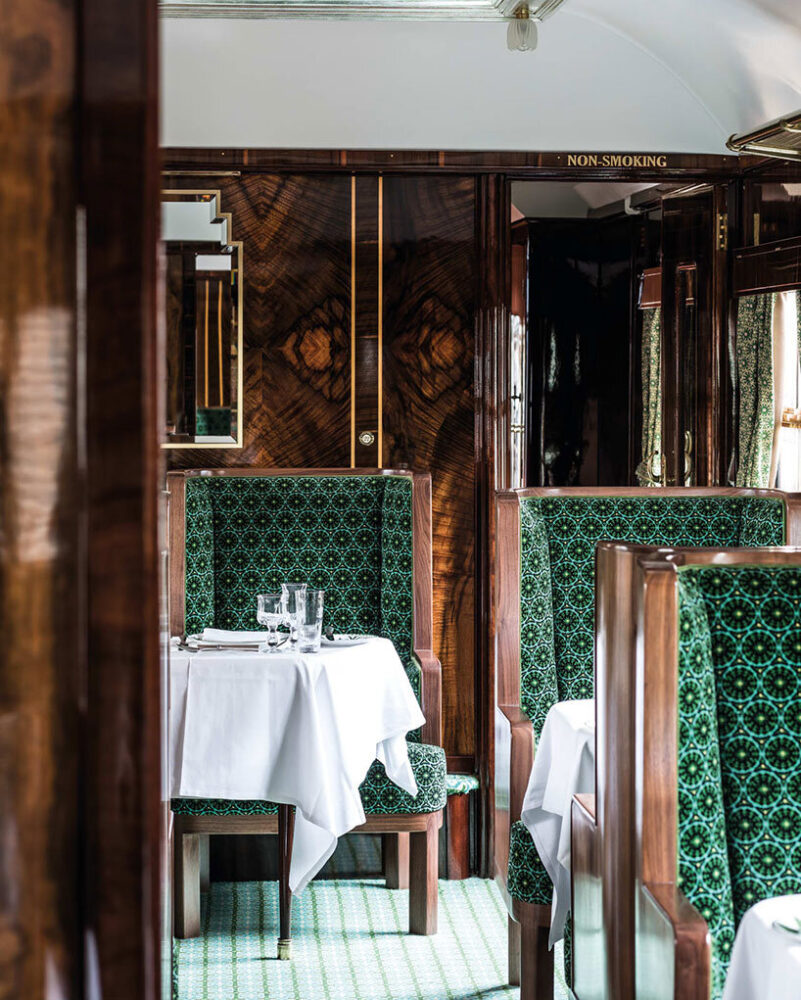 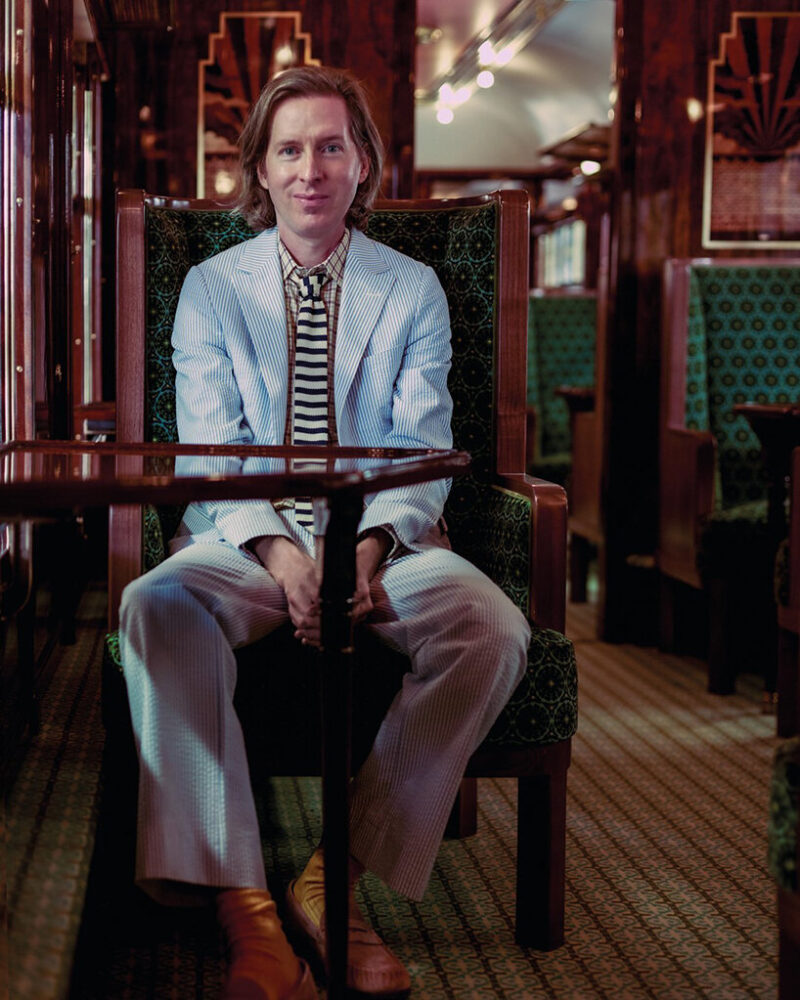 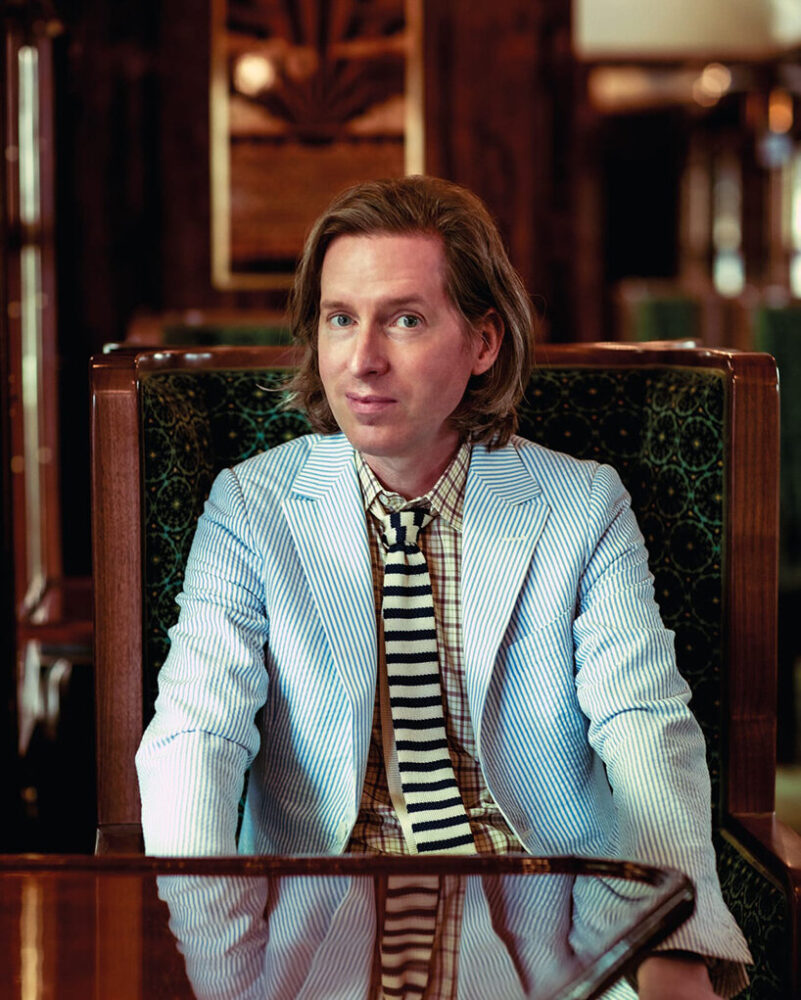 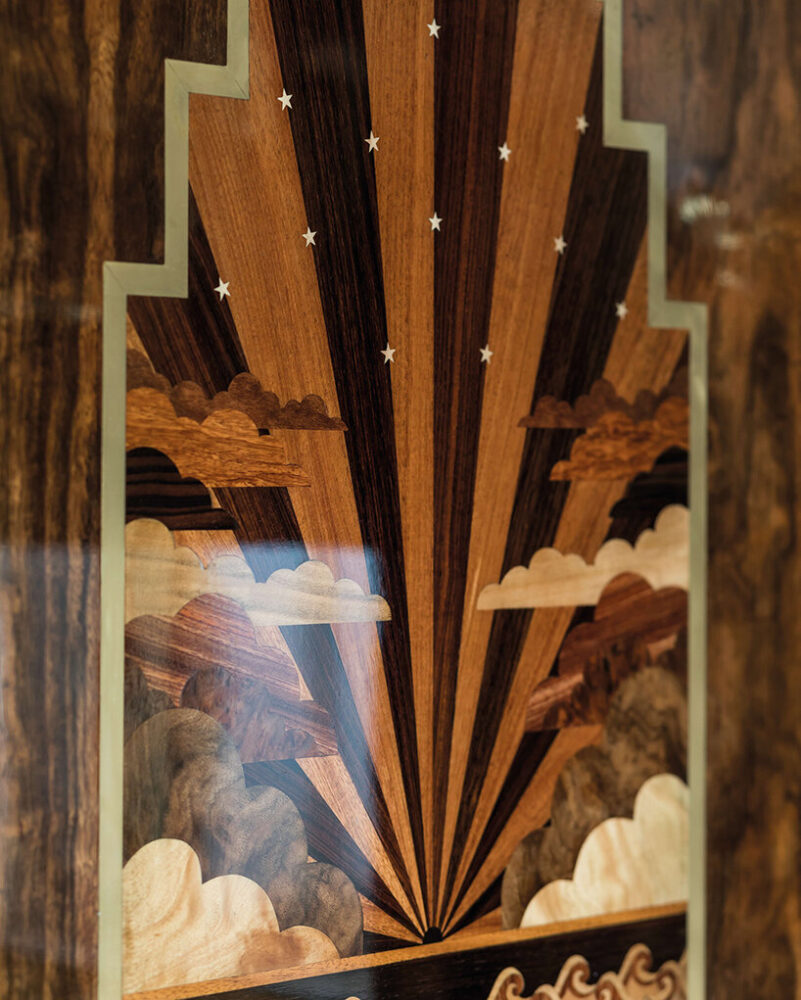 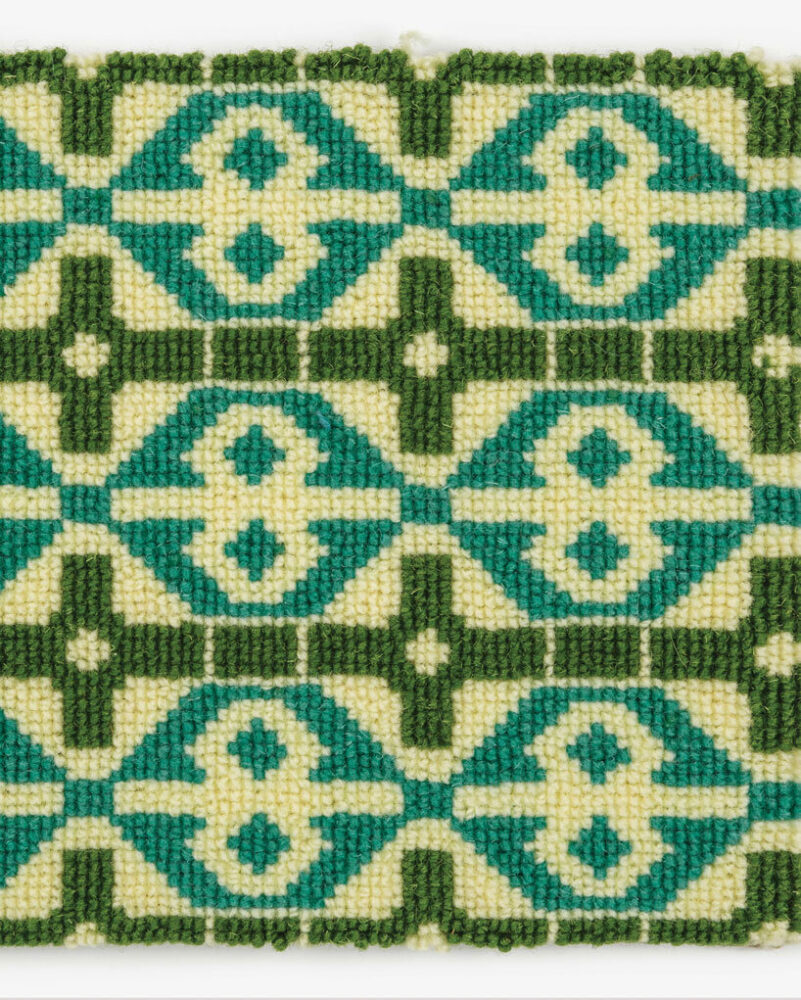 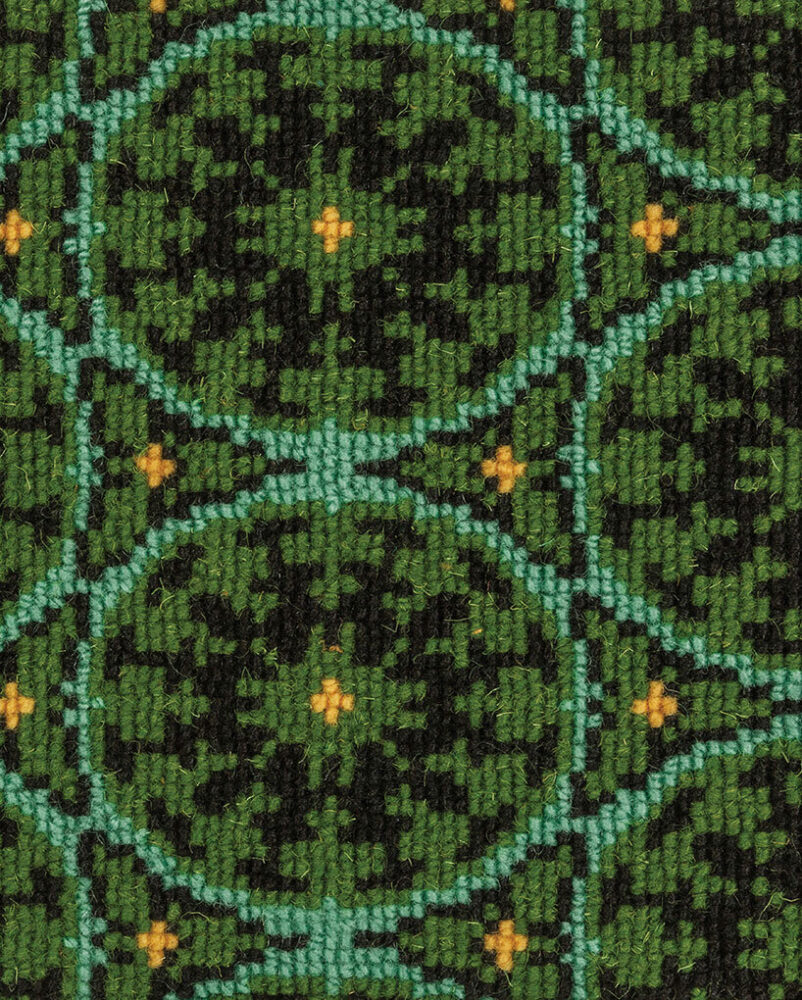 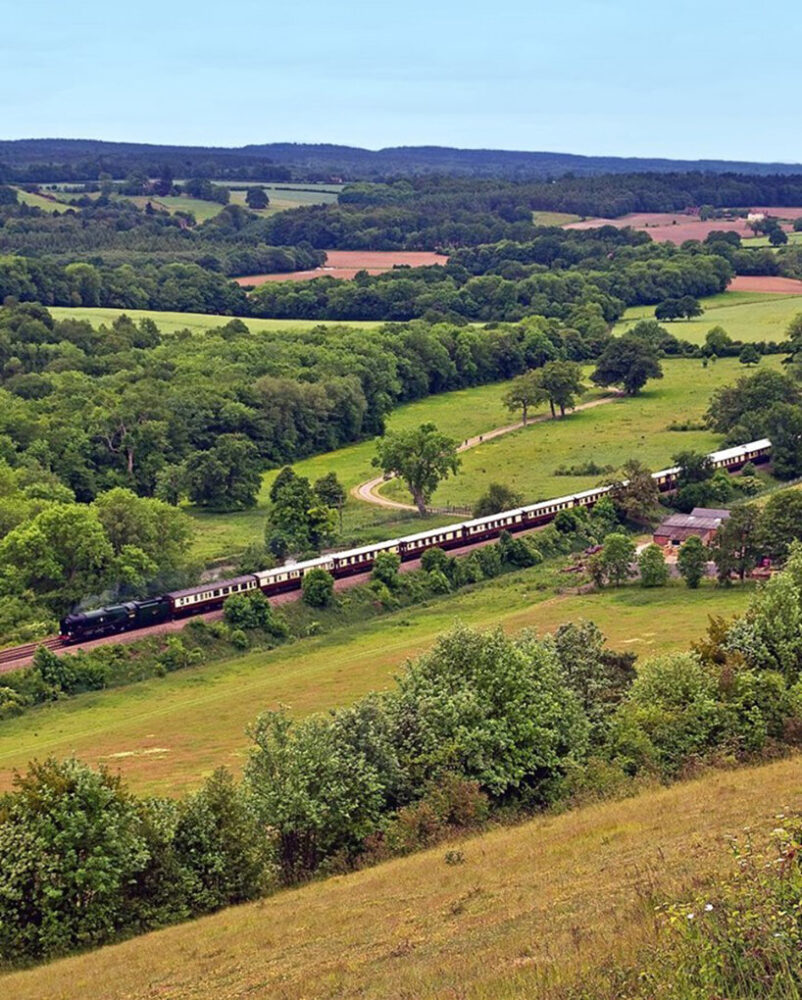 cygnus is a carriage built in the 1950s

by: belmond in collaboration with wes anderson 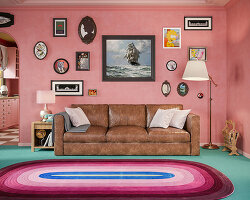