For those who are wondering what a marriage of the first Mac computer and a Game Boy pocket would look like, designer Rex Sowards has the answer. With the ‘Macintosh pocket’, the designer seeks to enliven an Apple product comparable to the beloved iPhone of today that could match back at the time.

Trying to mimic the sleek look of modern electrical gadgets, the said takes shape as a palm-size device whose role oscillates between a phone and a computer. Looking back at the 80s, it would be too bizarre the presence of a touch screen and also the flat screen was a no-go. Hence, the design comes with a slightly curved screen of a CRT monitor that relies on the look and feel of using an old computer.

‘This idea started brewing years ago when watching the show Kimmy Schmidt. Kimmy had been in a shelter, locked away from the world for a long time and now that she’s out she’s rediscovering the world. She’s handed an iPhone and after seeing the Apple logo on the back exclaims ‘Wow! Is this a macintosh!’, describes the designer. 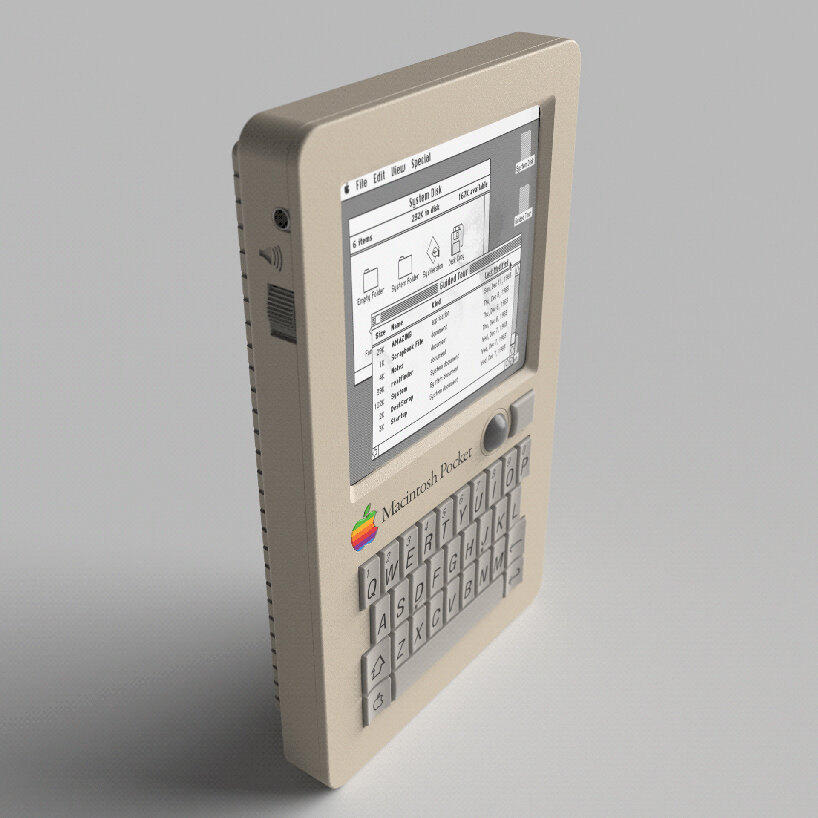 all images by Rex Sowards

The final structure came after meticulous research on vintage MAC styles and thorough feedback from Apple enthusiasts. After spending a lot of time scrutinizing family-owned models — such as the Macintosh Classic, the Performs, and Guadra — and working on various alternations in the design, Rex Sowards decided to use the Game Boy pocket as the layout guide and apply some of the vintage attributes to it.

According to the designer, deciding how to implement the cursor control, was probably the most time-consuming decision. A touch screen wasn’t available in that era, and a trackpad came a bit after the 80s. So he ended up with a Trackball, though it refers somehow to the old Blackberry models. In order not to be so obvious, he didn’t place it between the keyboard. In contrast, he placed it below taking inspiration from the iconic Trackball in the early Power Books. However, due to its rectangular shape, it looked a bit odd. After some changes, he eventually set the Trackball in a reduced size to the right above the keyboard, giving also space for the Apple logo and label.

What’s more, the back of the device reveals a sneaky design with the ports concealed behind a panel where the Game Boy’s batteries would normally be. ‘I had a fun time implementing the same back cover that the game boy had for the batteries but I put the connectivity ports in there. It would be very Apple to hide these ports, which is why I strayed from putting them on the sides, which would be the more logical location for the PCB. I included most of what the Macintosh Classic had on its rear ports: Apple Desktop Bus (ADB), Printer, Modem, and a SCSI DB-25.’ 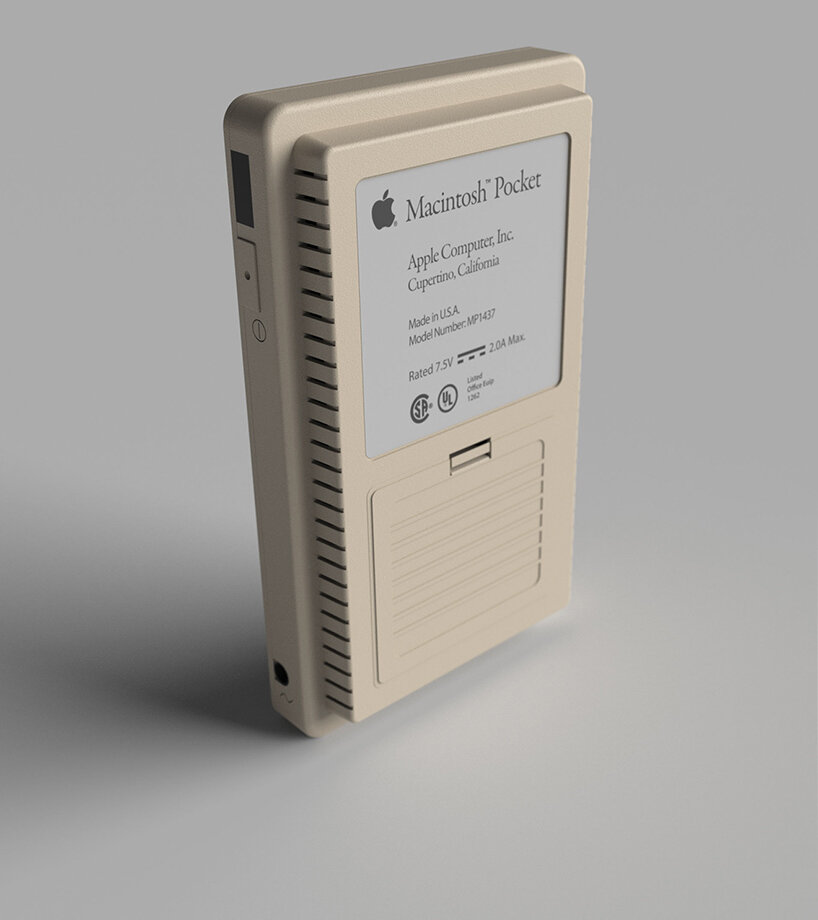 act as a panel for the Game Boy’s batteries 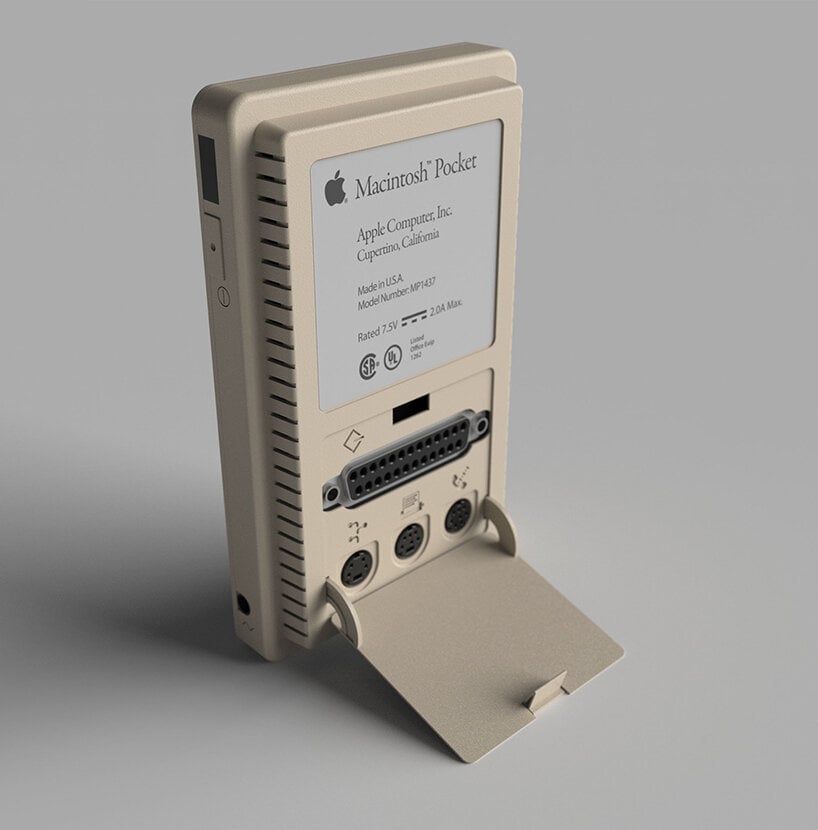 once open it reveals the hidden ports 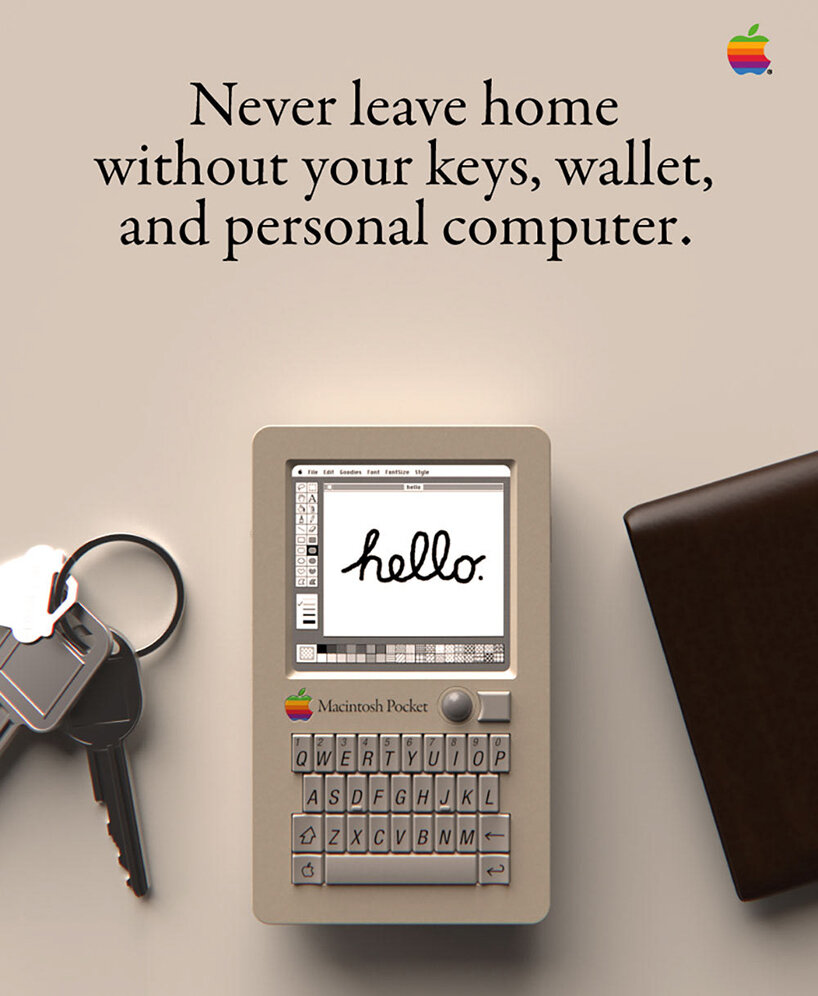 kind of predictable, there is no room for a floppy drive