whitelines is a new type of writing paper that does away with the dark lines of conventional lined paper. in its place, the paper uses white lines set on a light grey paper to create a low contrast guide that doesn’t interfere with writing. swedish designer olof hansson, created the product after many frustrating experiences with the dark lines of traditional lined paper. as hansson points out, ‘writing paper with dark supporting lines has been around since medieval times when iron gall ink was used for its lasting dark colour.’ as such, his idea for using white lines on a grey paper is a patented solution. beyond the novel concept, the paper helps one’s writing and sketches stand out and has been used as a tool for those suffering form dyslexia and attention deficit disorder. whitelines also helped hansson win stockholm’s 2008 innovator of the year award. the paper is available in a variety of formats including pads and an array of bound notebooks. the product is only available in a few countries, including canada, england, germany, japan, sweden, norway and the united states as of april 2009. 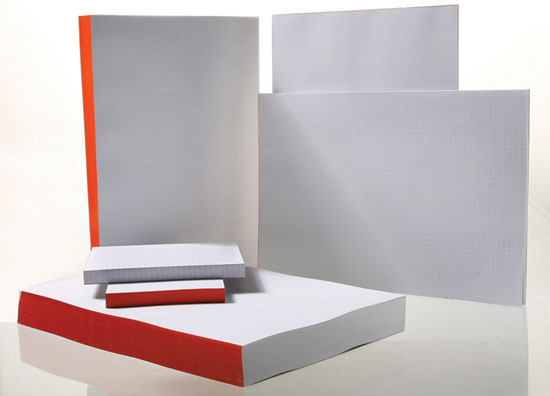