merel karhof explores the possibilities of using wind to power a knitting machine. the dutch designer first developed a version of her ‘wind knitting factory’ in 2010, testing out the device by producing scarves to illustrate how it could be applied. since then she has further developed its abilities, creating the ‘windworks’ collection of furniture, in which she collaborated with a sawmill in zaanse schans, the netherlands and a color mill, to produce a variety of seating objects from natural materials (see designboom’s coverage of the project here). 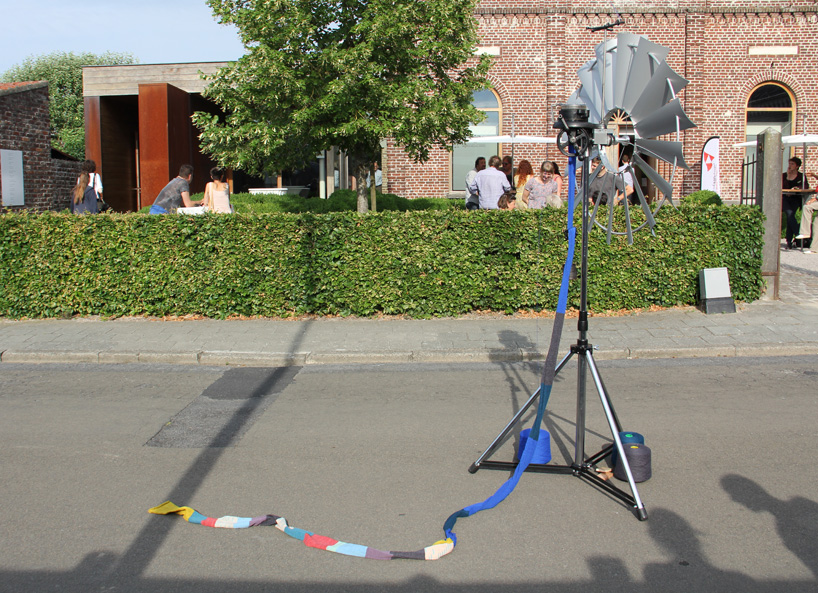 karhof presents her ‘wind knitting factory’ on the occasion of the art festival watou in belgium, whose theme this year is ‘in the lee of the in-between’. on display until august 30th, 2015, the creative’s machine — with blades of more than a meter in diameter — is catching wind to power itself, churning out an incredibly long piece of colorful knit material. when there are heavy currents of air, the apparatus moves quickly, while in calmer periods, it knits slowly. occasionally karhof is harvesting the result and transforming it into such things as scarves. each of these gets a label indicating the time and date of which the wind produced the garment. the mobile ‘wind knitting factory’ illustrates a production process, and visualizes what you can develop with present urban wind. 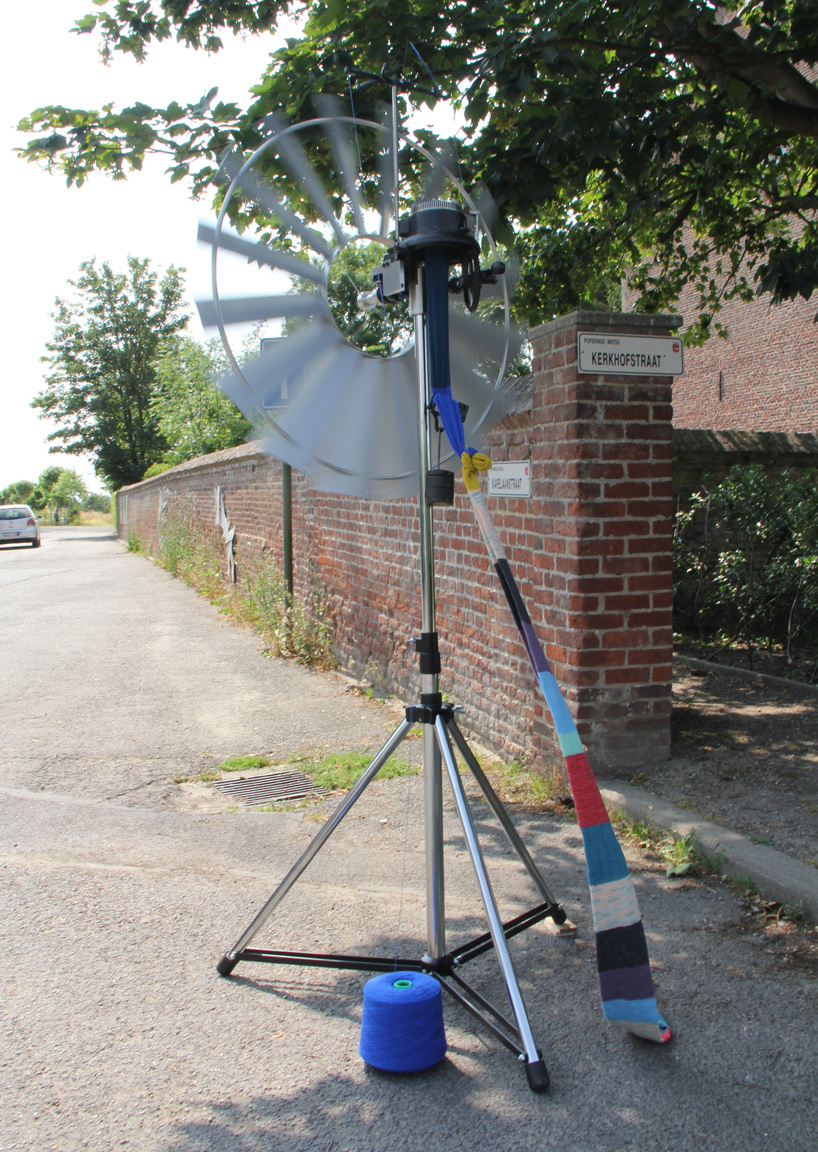 when air currents are heavy, the machine moves quickly 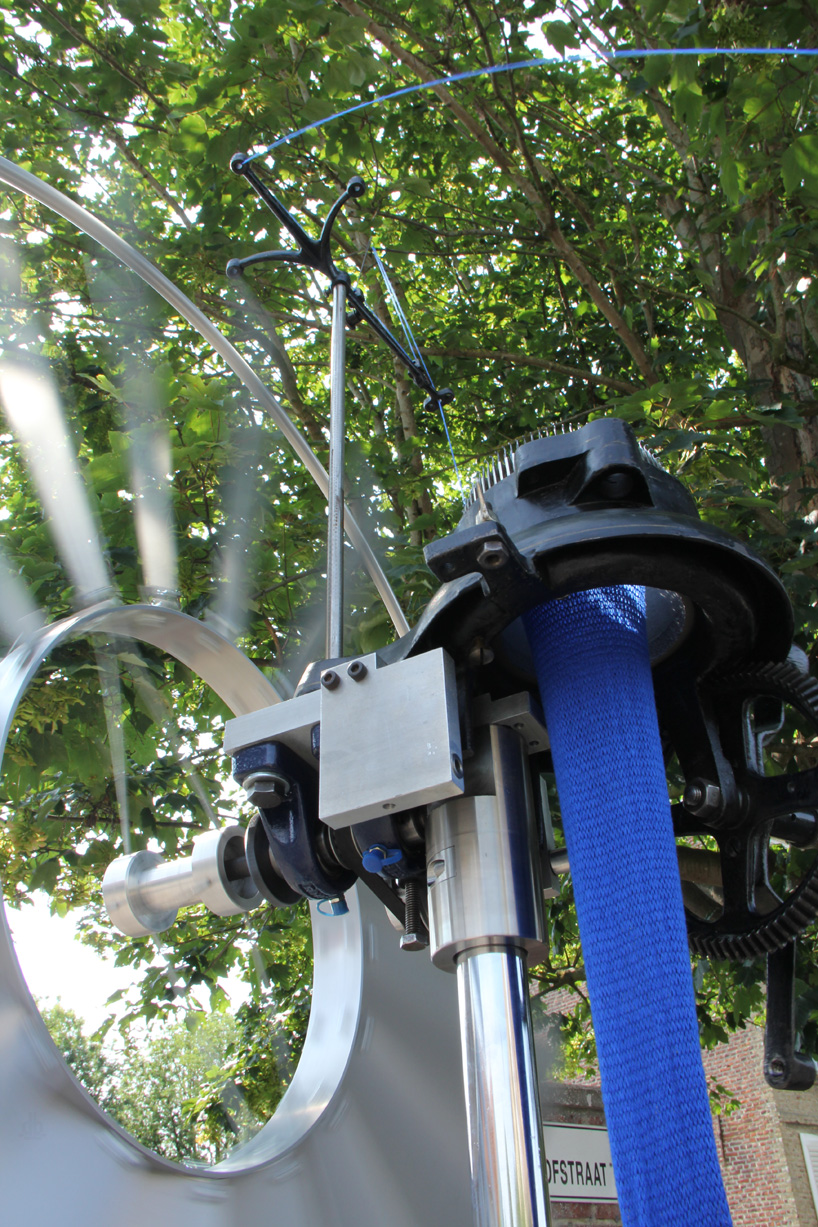 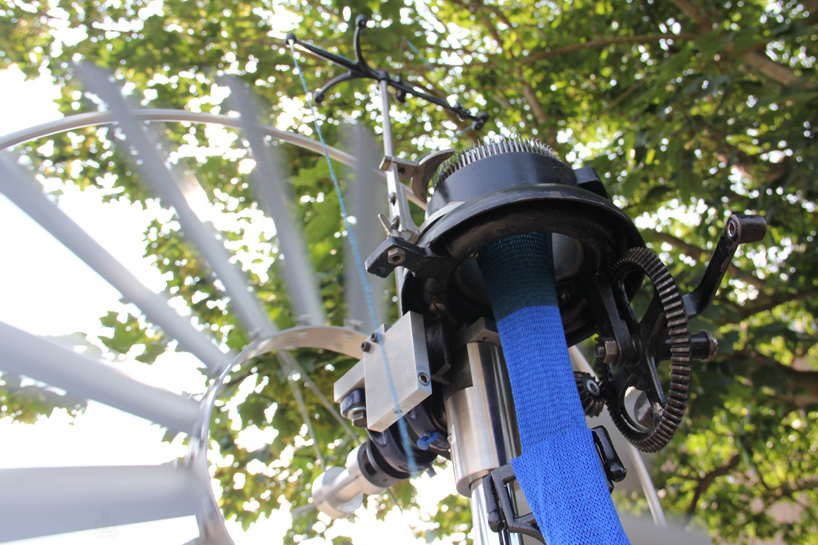 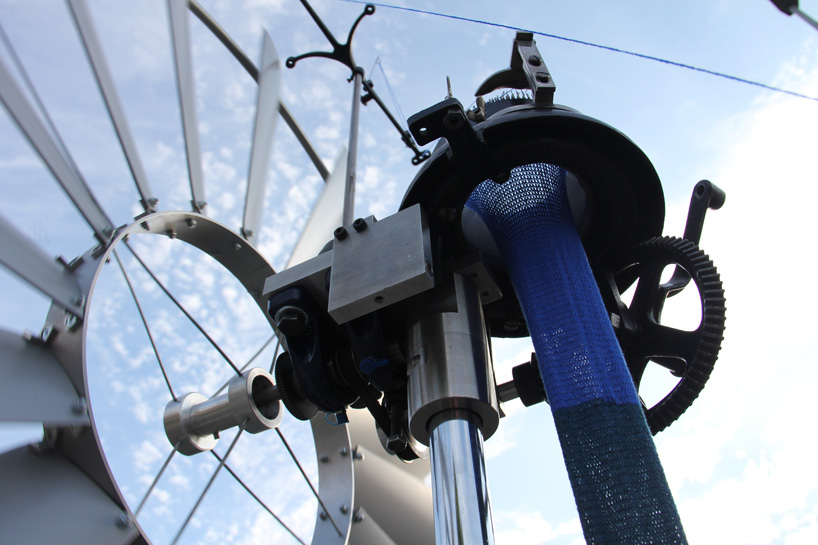 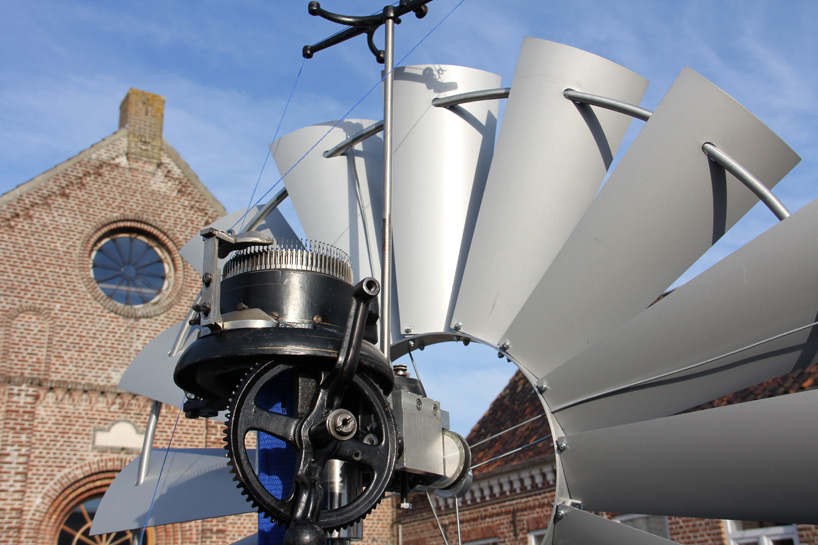 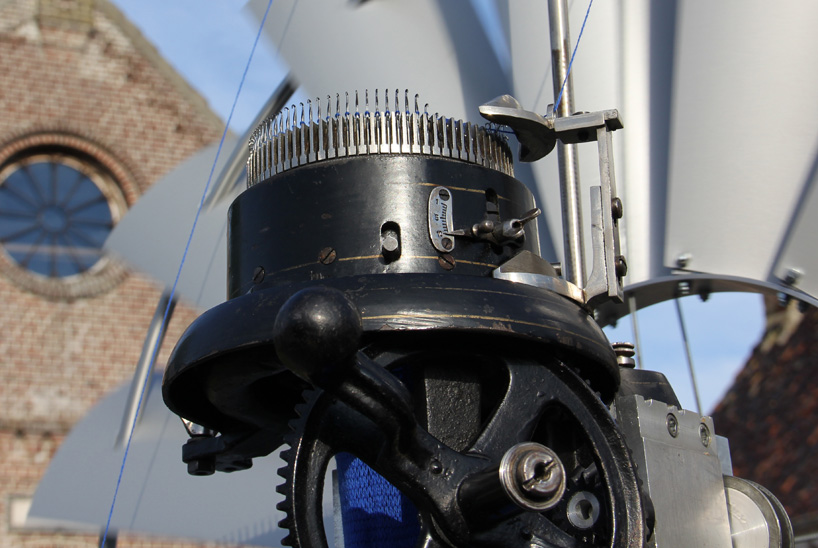 detail of how the yarn is set-up on the machine 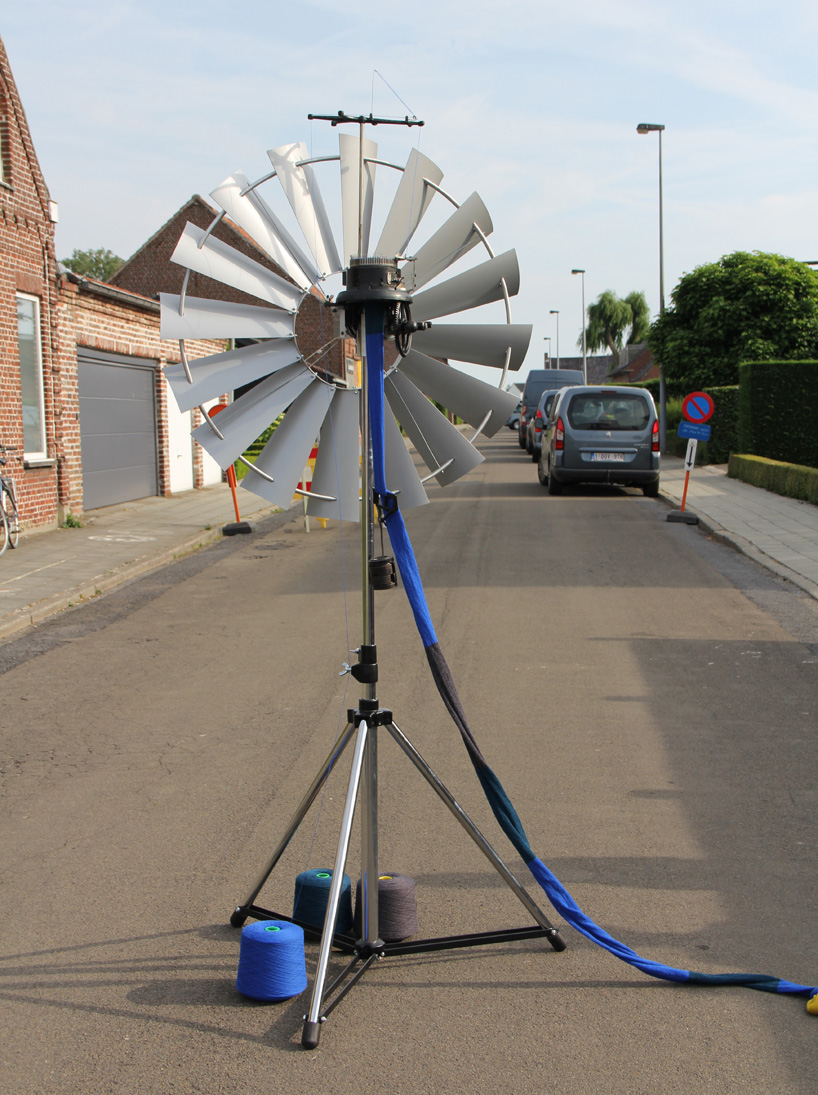 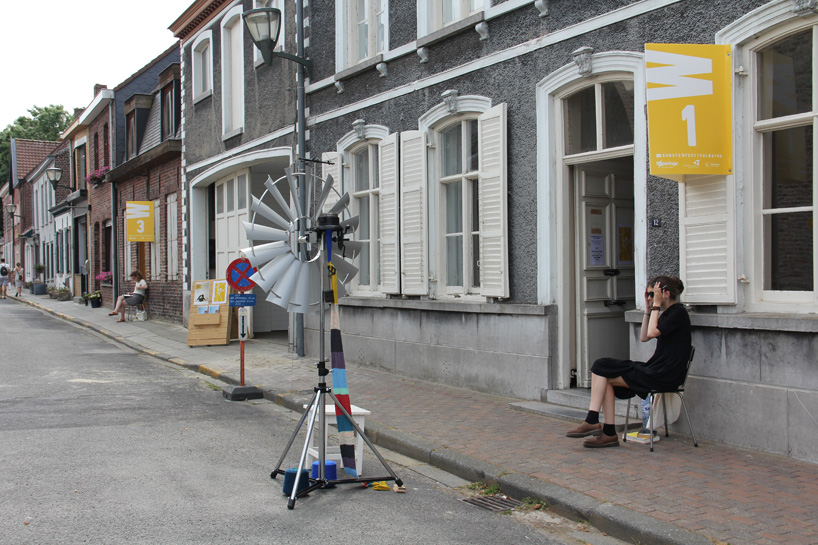 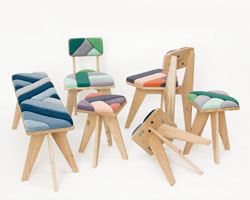 May 20, 2013
merel karhof creates a collection of furniture using a wind knitting factory