‘wing’ by wa chu from singapore is one of the shortlisted design entries from more than 3000 participants in our recent designboom competition, ‘seoul cycle design competition 2010‘, organized in collaboration with seoul design foundation.

designer’s own words: ‘the ‘wing’ encourages more people to take up cycling by improving the safety and social status of cyclists.

1.(enhance cyclist’s safety) each ‘wing’ makes a cyclist 200% more visible on the road. higher visibility of cyclist enhances their safety. the perceived number of cyclists in seoul can be tripled overnight by the ‘wing’. there is safety in numbers!

2.(improve social status of cyclists) the air cleaning function of ‘wing’ turns cycling into an air-cleaning act. it helps to earn cyclists the respect from drivers. due to their contribution to a cleaner environment, cyclists earn the right to use the road, even though they may not be paying road tax or other related charges.

3.(conclusion) the ‘wing’ is intended to be a part of seoul’s city-wide effort to improve its design brand and image. it will contribute to establishing a healthier cycling culture through enhanced cyclist safety and social status.’ 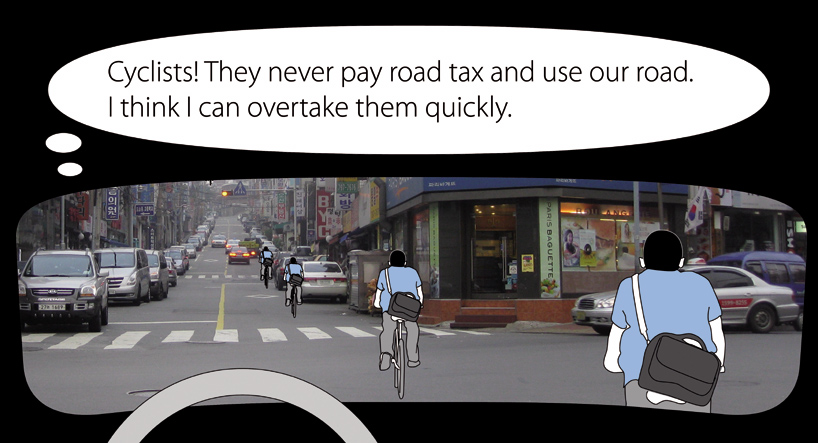 drivers’ perception of cyclists before ‘wing’ 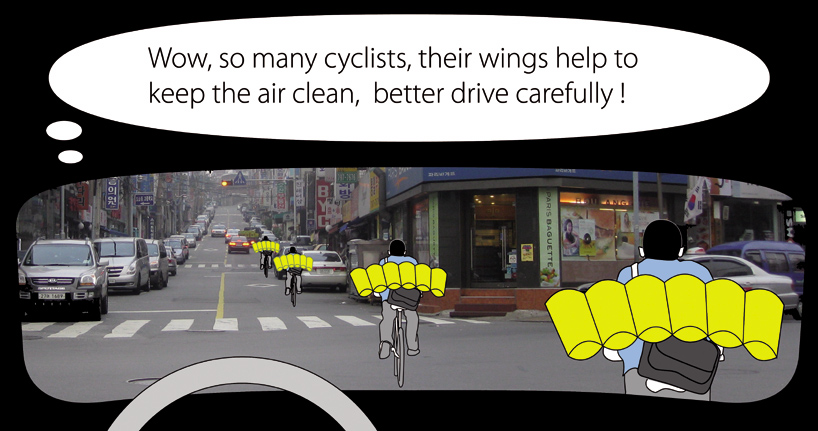 drivers’ perception of cyclists after ‘wing’ 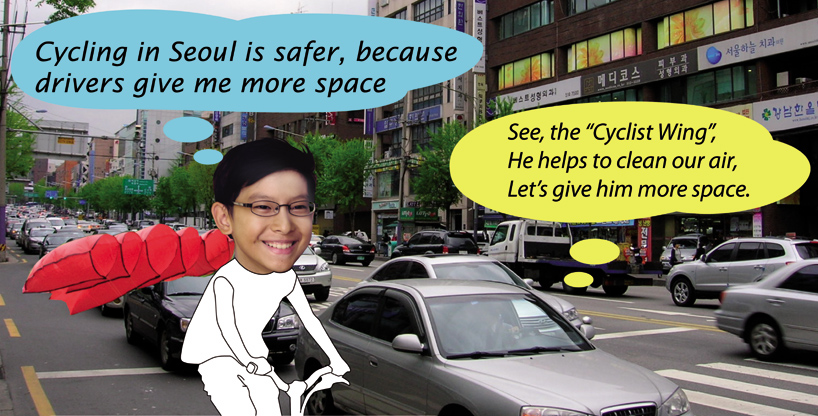 — for those who wish to republish an excerpt of this article, please have the courtesy to mention that the project is a part of the seoul cycle design competition, organized by designboom in collaboration with seoul design foundation, and link back to the original publication on designboom. thank you. 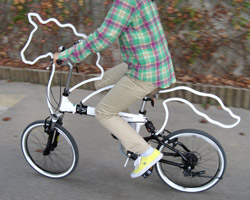 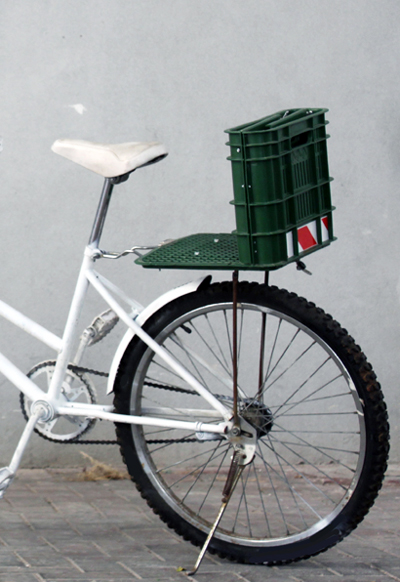 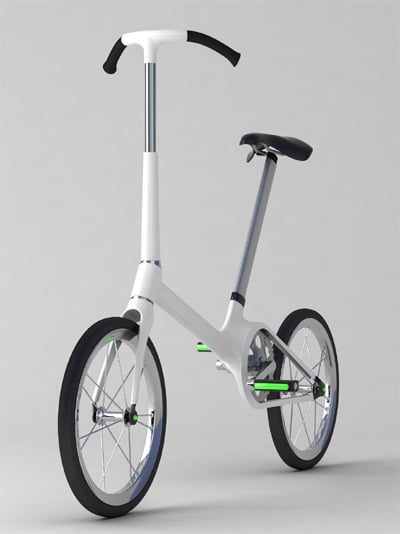 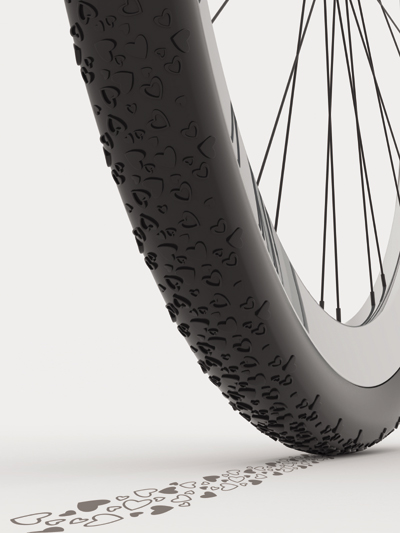