london-based artist luke jerram revealed his most recent creation at the british science park – the world’s largest solar chandelier composed of 665 glass bulbs activated by sunlight. the 15 foot-high solar-powered kinetic lighting piece consists of hundreds of globes with glass radiometers – each resembling tiny metal paddles – which shimmer, glimmer and klink as they twist in the sunlight. the design is the feature of the recently-opened bristol and bath science park in emerson’s green, bristol – a renowned center for science and technology businesses. the artwork stems not only from jerram’s interest in light, engineering and science but also due to being color blind. jerram says of the work:’for many years after the invention of the radiometer, a fierce debate raged about how they worked and it was many years before it was fully explained. they are still beautiful, inspiring and thought provoking…in a way, the chandelier couldn’t really be anywhere else but bristol and bath science park, a place built to solve scientific riddles and to lead to innovation.’ 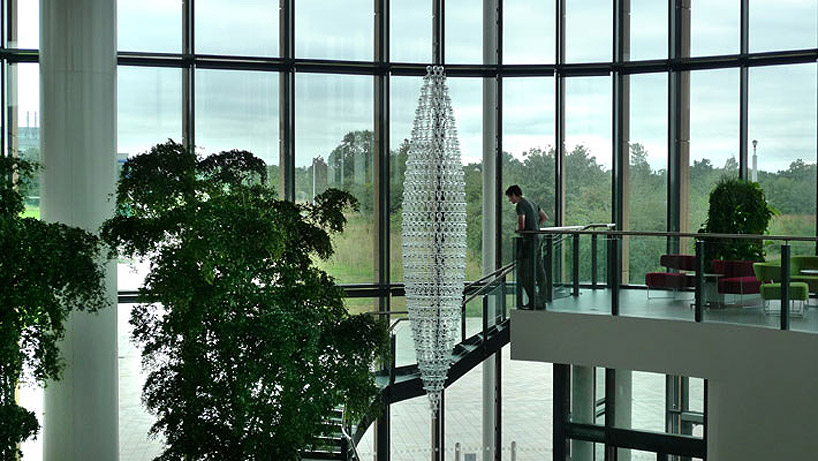 the chandelier is composed of 700 glass bulbs activated by sunlight 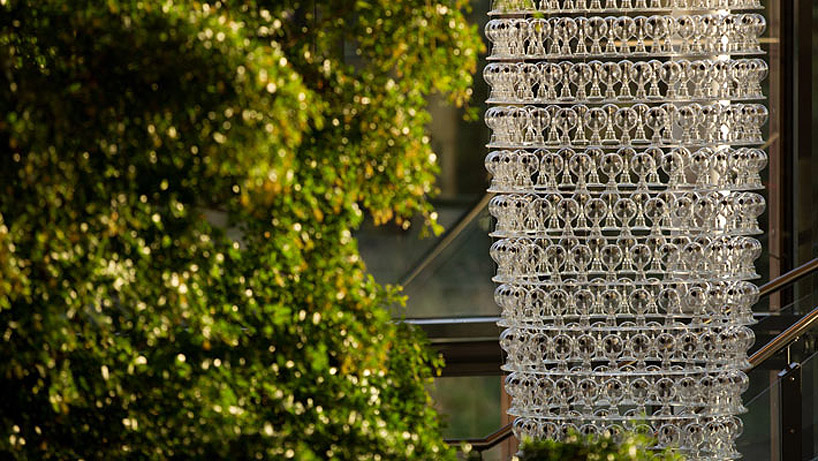 each globe has a glass radiometer that resembles tiny metal paddles 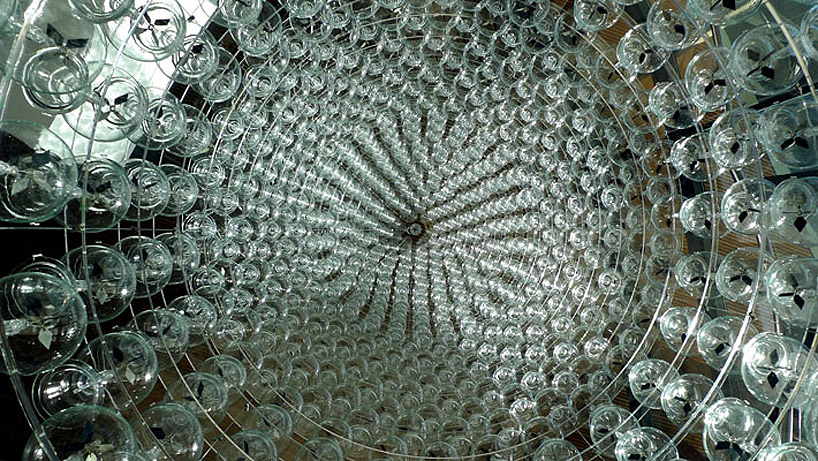 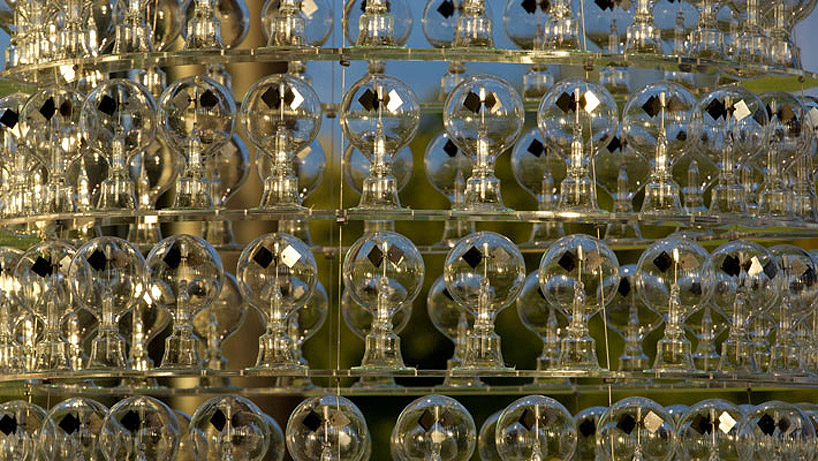 a detail image of the chandelier

video of the chandelier flickering and shimmering 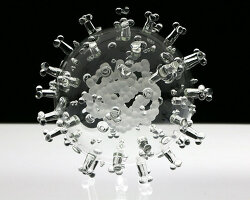 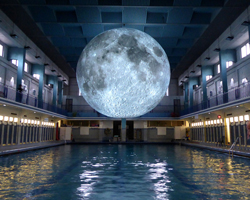 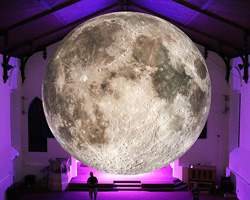