dutch artist sam abbott is the designer of the first fully-functioning skateboard that has been built and modeled using a 3D printer. after winning a competition by 3DprintUK, co-hosted by CGtrader, abbott was chosen to have his concept for a twin tip skateboard printed by the company on a 3D printer. because the design of the object is slightly longer than the available build tray, the deck is adapted and assembled in pieces — cut into 3 separate sections and joined together with connector pins to ensure optimal accuracy and strength. the surface of the printed board is patterned, and traditional griptape and trucks are added design features, augmenting the characteristics of a traditional skateboard with a technological twist. while the board can be understood as a sculptural work, 3dprintUK, founded by nick allen, answers a burning question:

‘is it ride-able? yes… but I wouldn’t drop down many sets of stairs on it just yet!‘

the video below shows 3DprintUK’s nick allen handcrafting the 3D print, attaching the segmented parts together, and assembling the wheels to the board to create the fully-functioning skateboard: 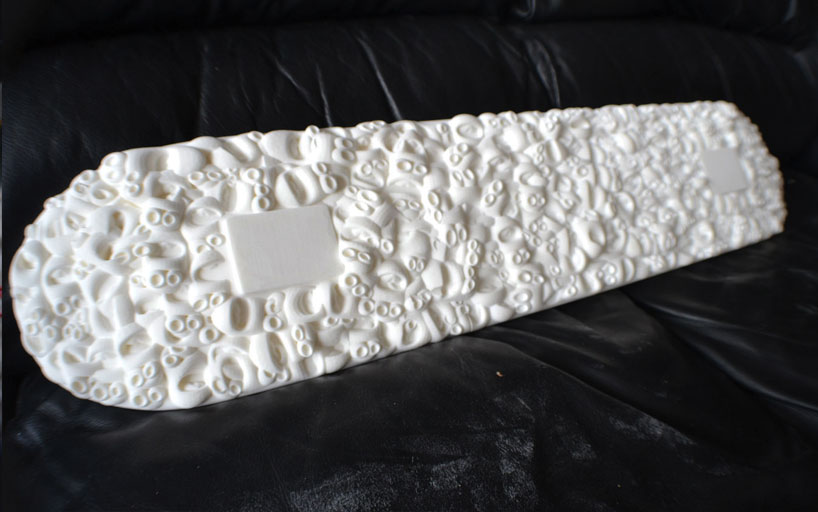 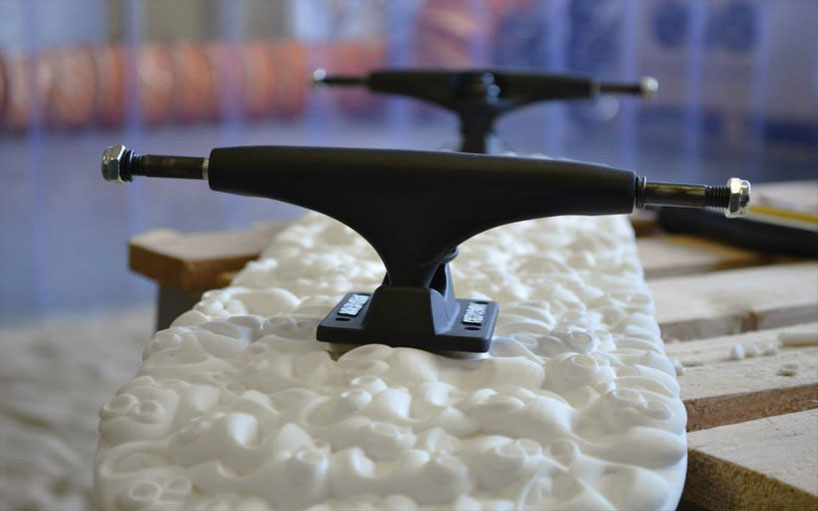 before assembling the wheels 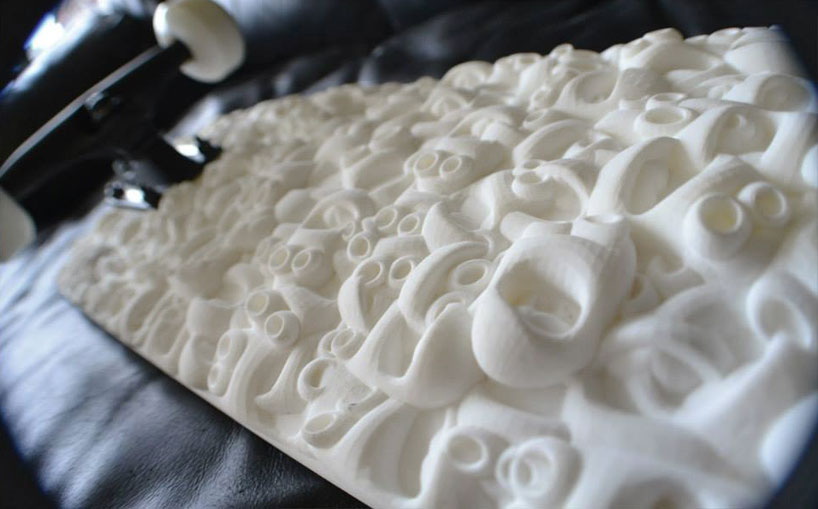 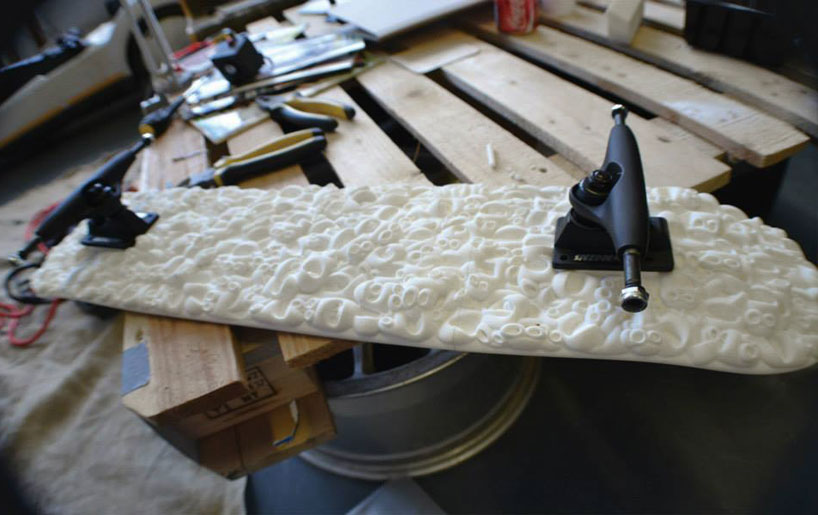 in the workshop, putting the whole skateboard together 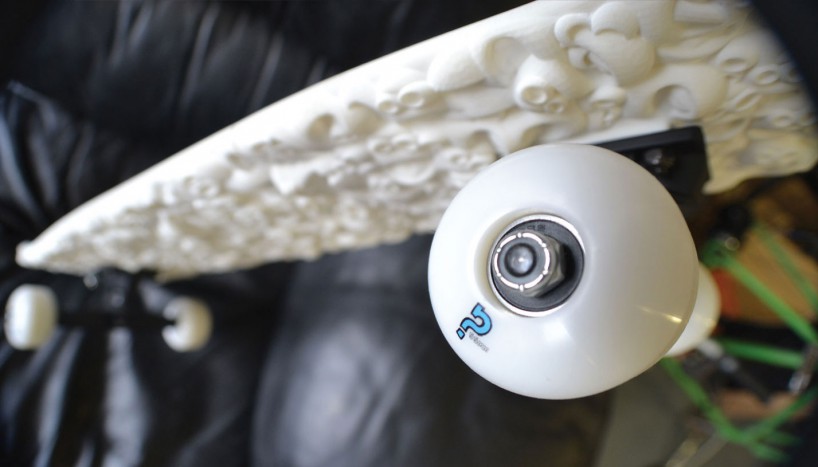