‘tengible’ by wowlab is a mix of real and filmed shadows. the installation is based on the theme of material things being ‘tangible’ and immaterial things being ‘intangible’. the combination of real silhouettes and the image of animated imaginary shadows(created with computer graphics), are combined in a video projection. bottles, vases and other vessels are placed behind the screen where the video footage is also playing. by doing this, the real is mixed with the non-existent, melting the boundaries between the two.

‘tengible’ will be on show at the maison & objet, paris nord villepinte from september 4th to 9th, 2009. 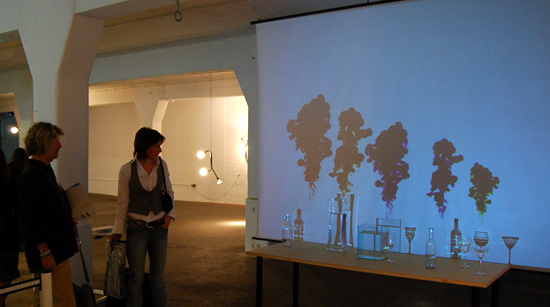 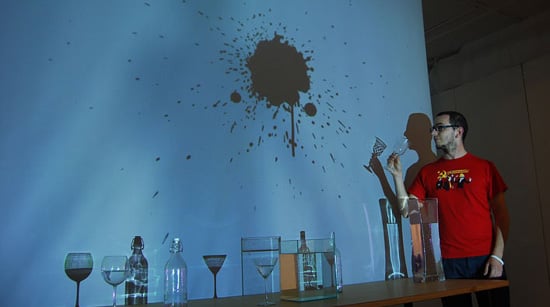 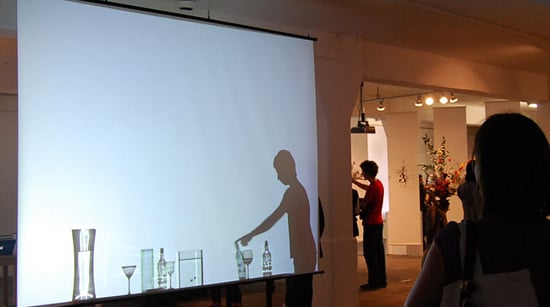 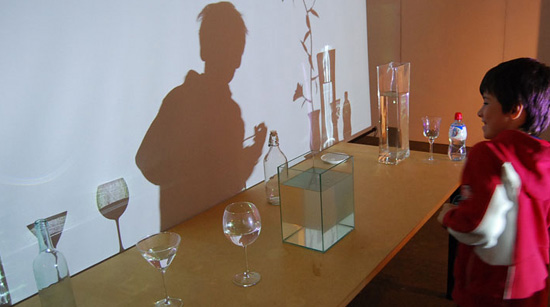 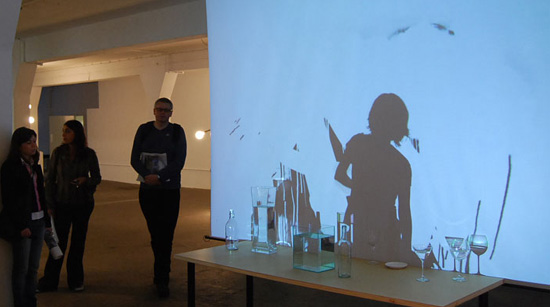 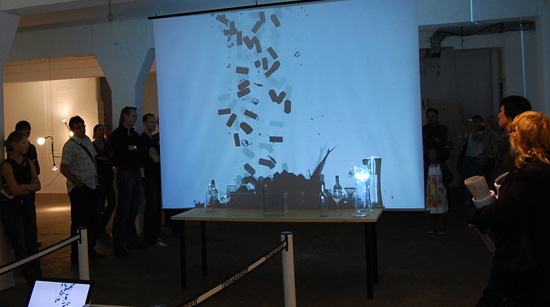