the french collective y’a pas le feu au lac presented their 2012 collection at the france design exhibition during milan design week 2012. using mainly wood, the group has created a selection of houseware pieces focusing on contemplation and the enjoyment of interacting with one’s environment. the studio’s name and philosophy is based on a french expression, meaning ‘no need to rush’. 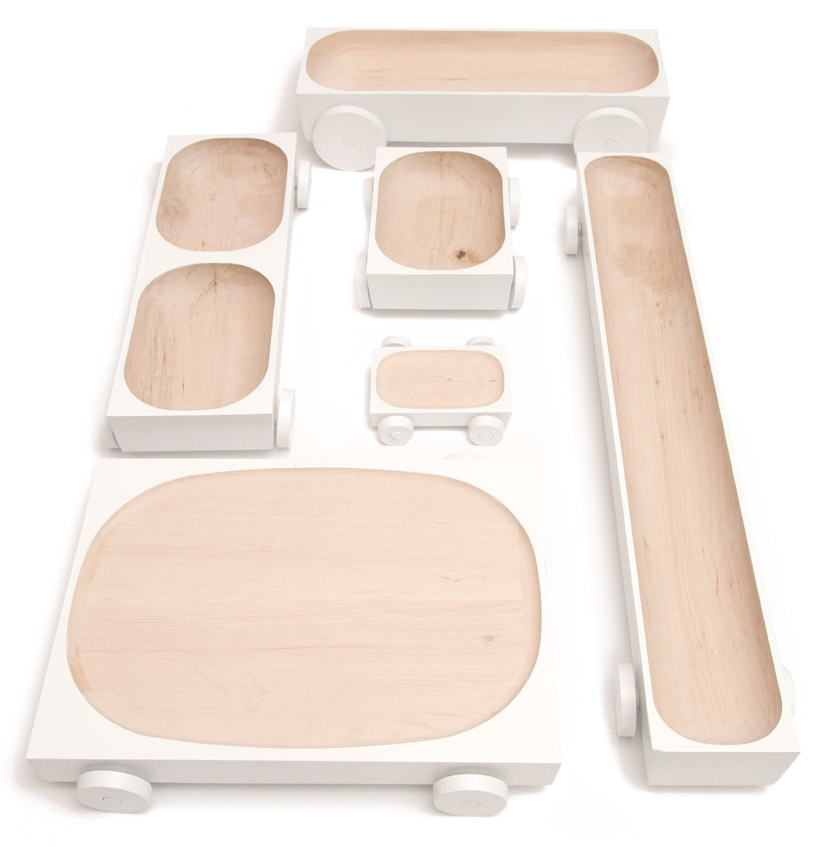 a collection of wooden serving dishes on rolling wheels

‘kart’ by ed carpenter is a family of wooden serving dishes on wheels. the variety of shapes and sizes are ideal for snacks and hors d’oeuvres,  encouraging sharing across the dinner table. the simplicity of the design allows the food to stand out.

‘les planchas’ by véronique maire is available in four models: ‘the mini’, ‘the simple’, ‘the double’ and ‘the triple’. a slight and gradual change in the surface of each piece allows the wooden shapes to double as chopping boards as well as display plates,  combining a simple form with a functional idea. 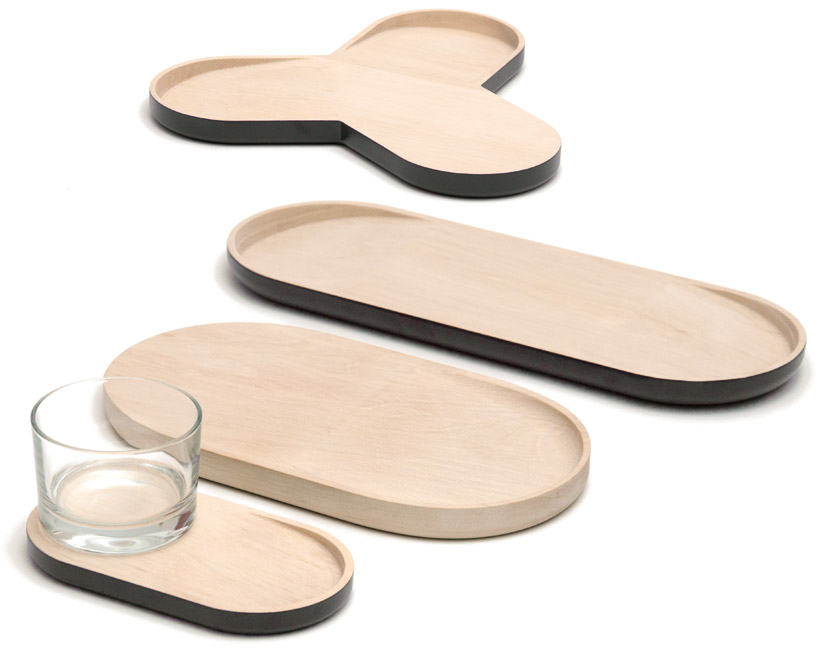 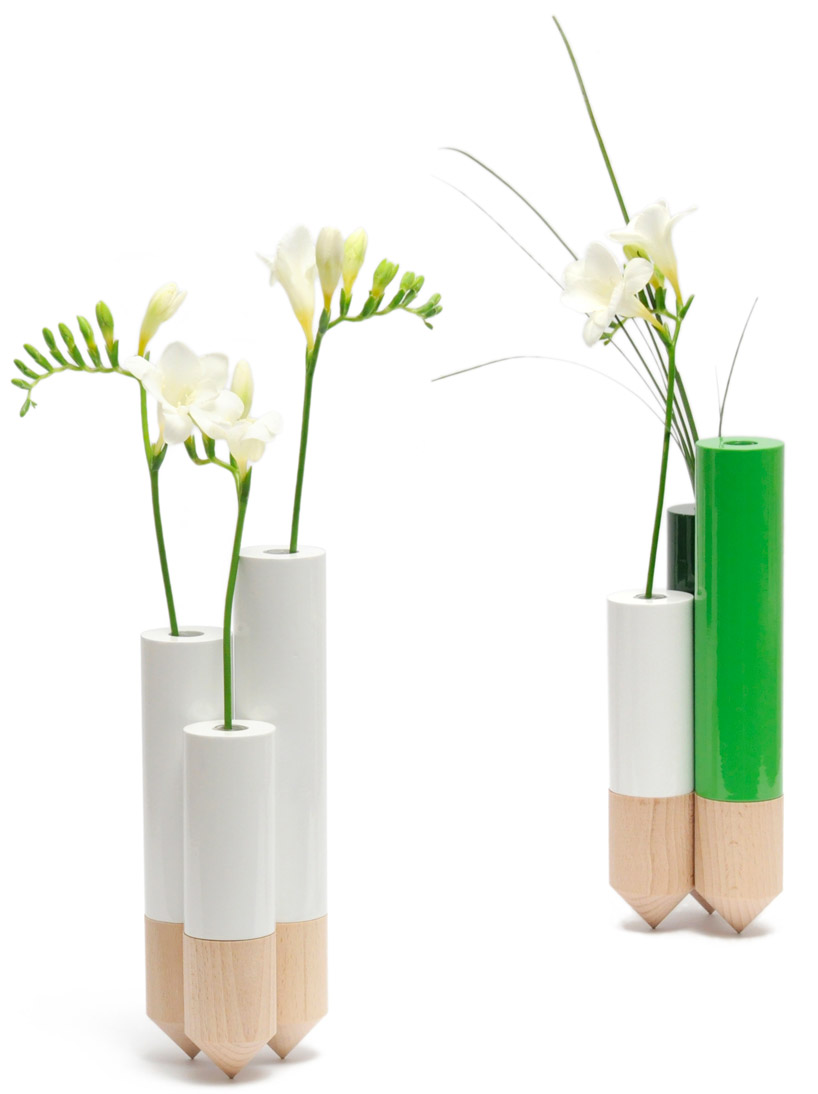 three wooden cylinders of varied heights end in a natural beech cone, visually combing the aggressiveness of the point  with the delicacy of the different levels seen in the ‘pik’ vases. the stacked shapes by fx balléry measure 25 cm (10 inches) in height. 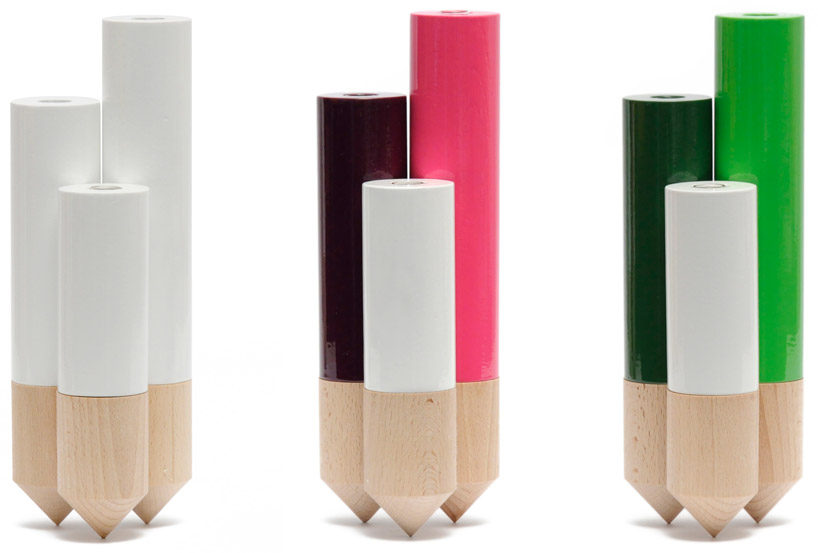 ‘bla bla bla’ is a response to the prominence of the touch-screen tablet. the low-tech version has a chalkboard on one side,  allowing the user to hand write instead of type. the beech and lime tree object is a design by fx balléry. 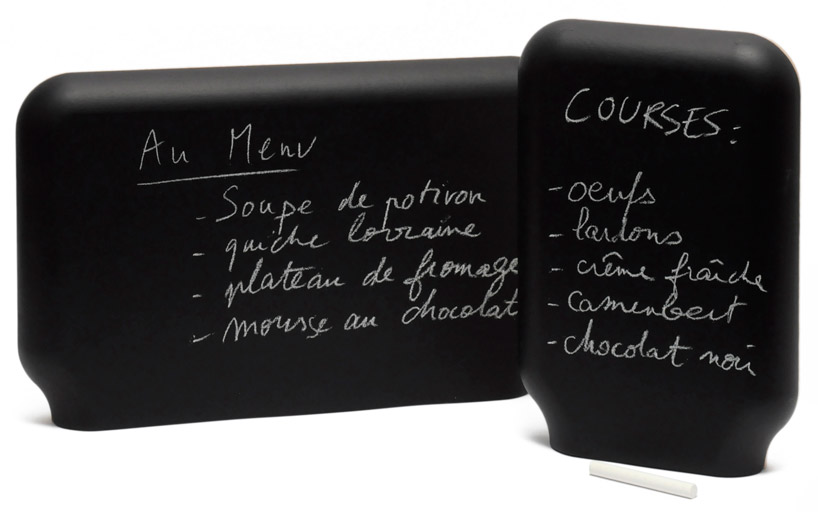 the low-tech tablet has a chalkboard surface 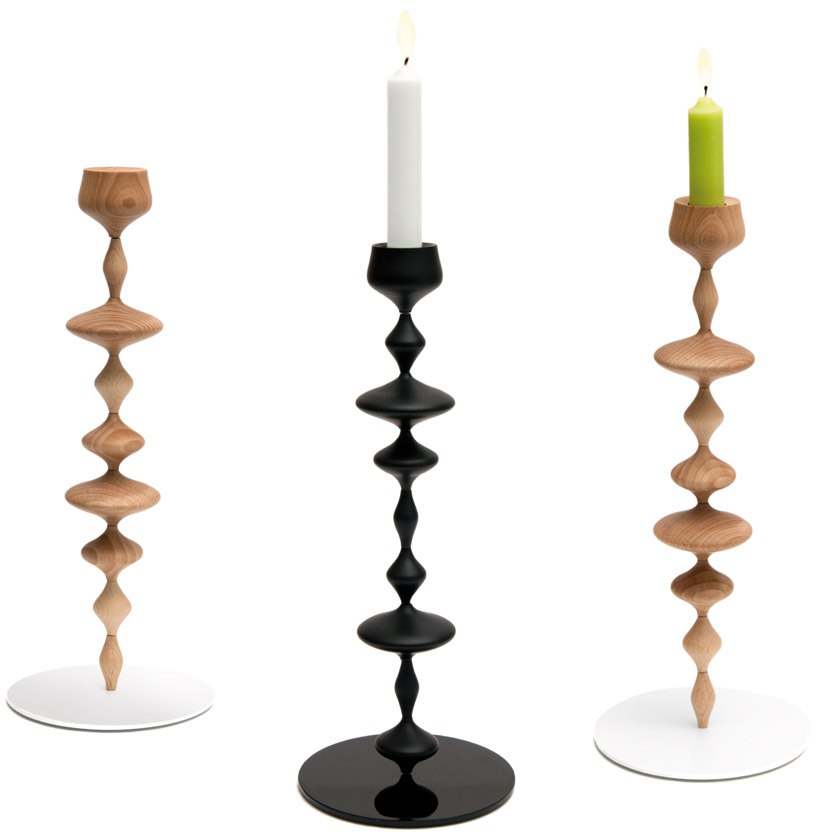 six wooden pearls are stacked onto a steel base, allowing users to customize and determine the form of the their ‘les perles’ candle holders.  the design, also by balléry is available in three sizes, ‘S’, ‘M’ and ‘XL’. 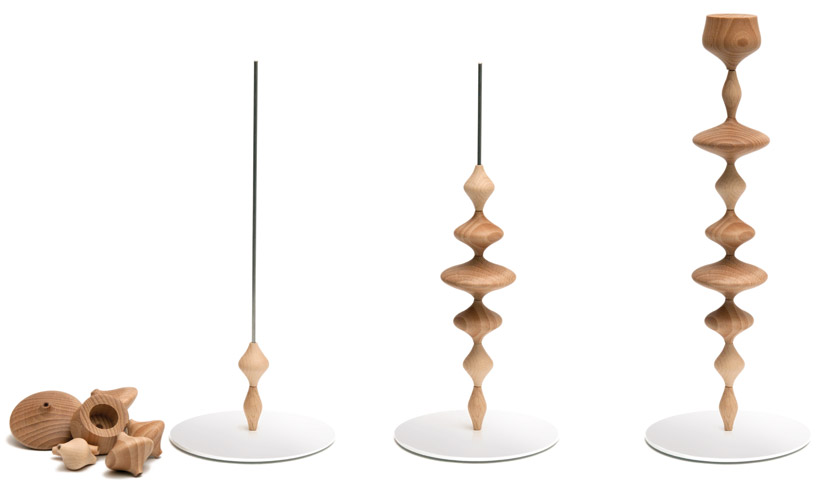 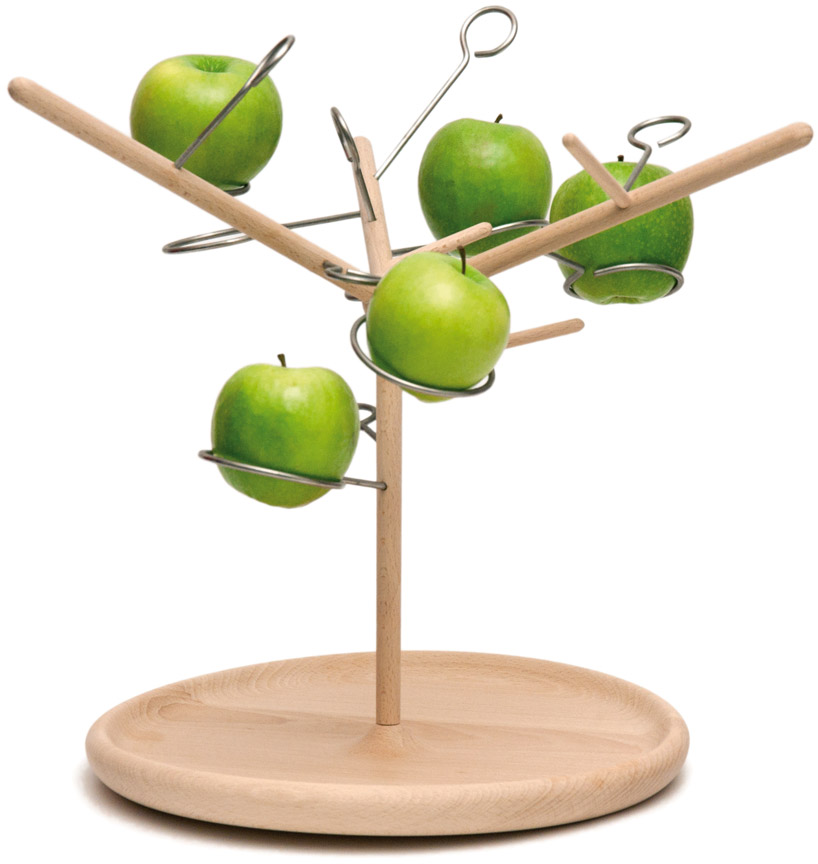 when an 11 year old girl told designer laurens van wieringen that apples come from the supermarket, it triggered the idea of ‘fruit boom’. the bowl is a playful way to reincorporate the origins of the fruit into a container while also encouraging interaction between the user and food.

the solid wood board has a finely sanded undulating surface, becoming a range of kitchen utensils. the hornbeam’s warm color and smooth texture complement the simple forms of the chopping block, plate, salt container and grinder. the functioning sculptures are the work of axel delbrayère and ENSCI. 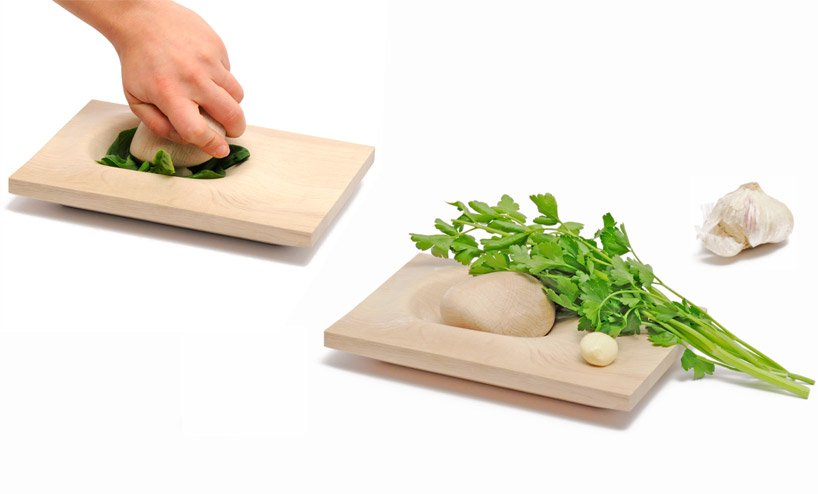 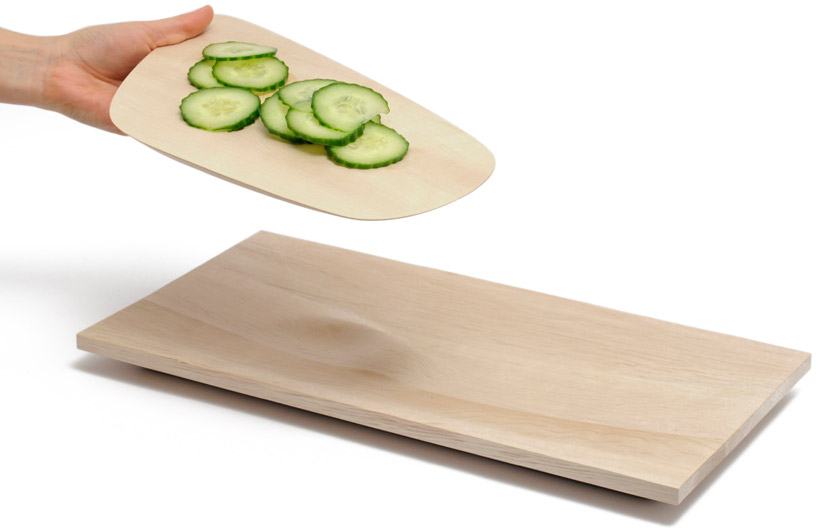 the forms are stackable

made of sanded hornbeam

the containers, a contemporary response to the matryoshka russian nesting dolls, fit one into the other. the design by andré klauser  range from 13 cm (5 inches) to 24 (9 inches) in diameter. 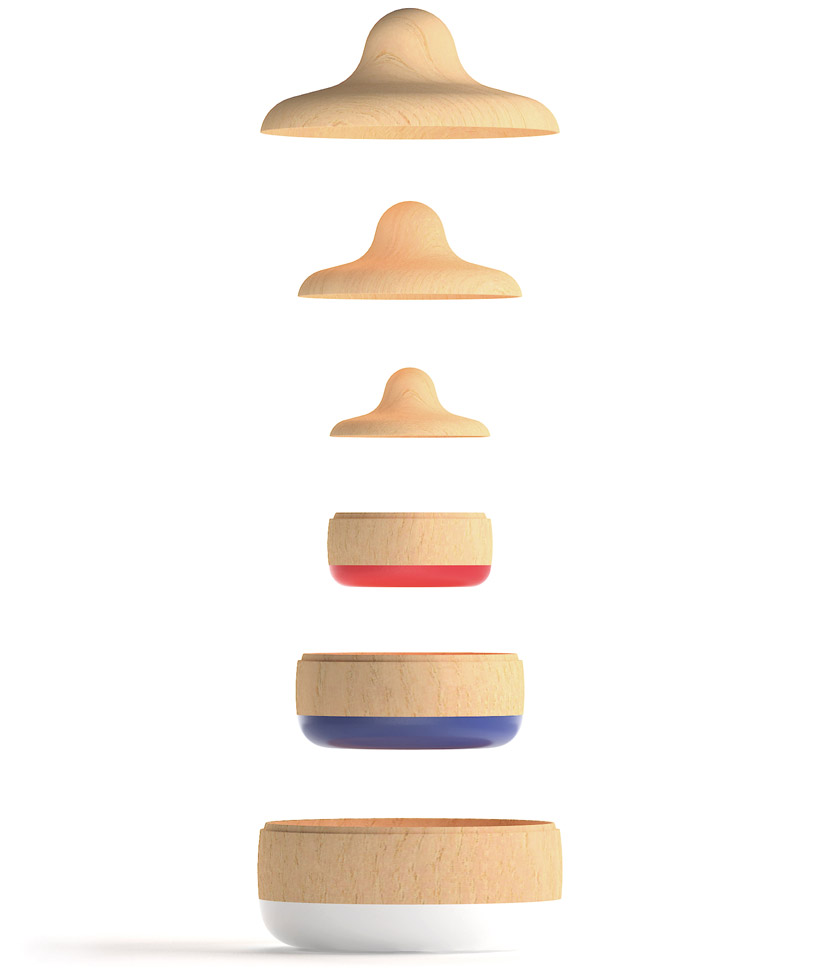 the ash ‘door jack’ by andré klauser has a nylon wing screw allows the height of the stopper to be customized depending on the size of the door gap. the scale and material of the screw adds a playful element to the functional object. 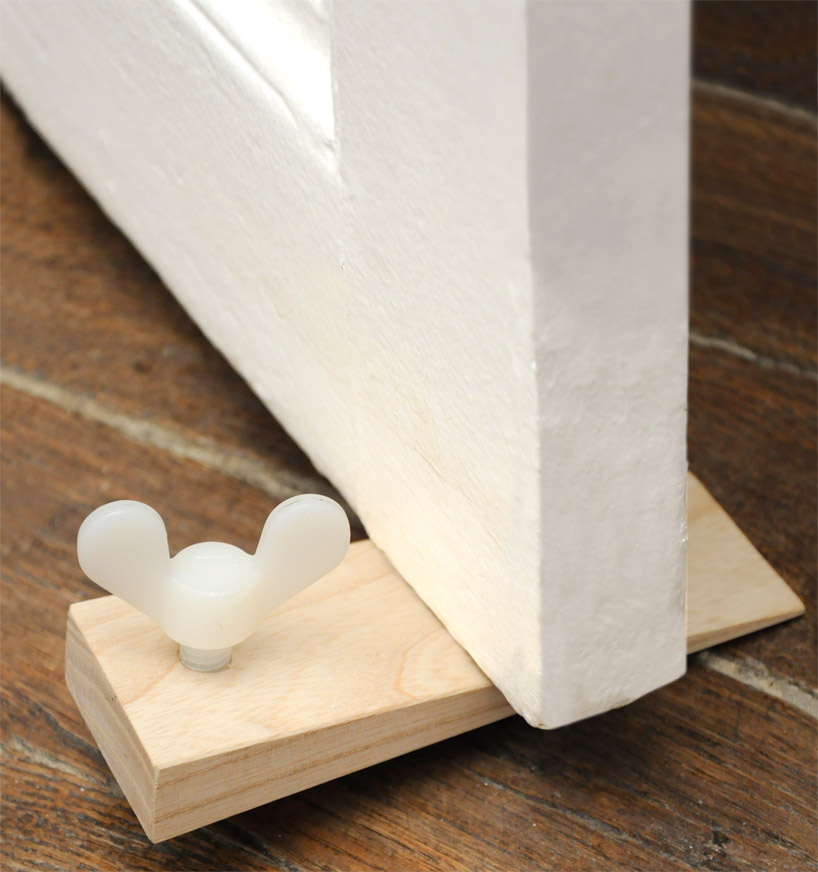 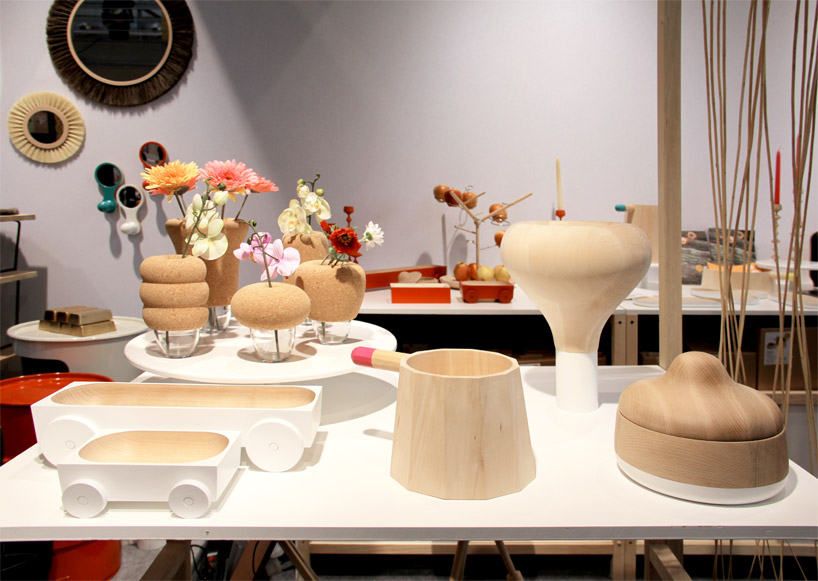 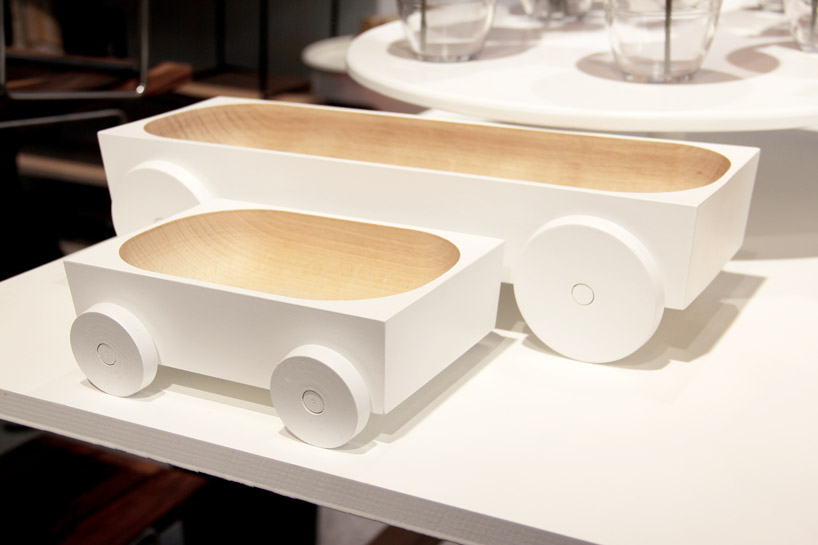 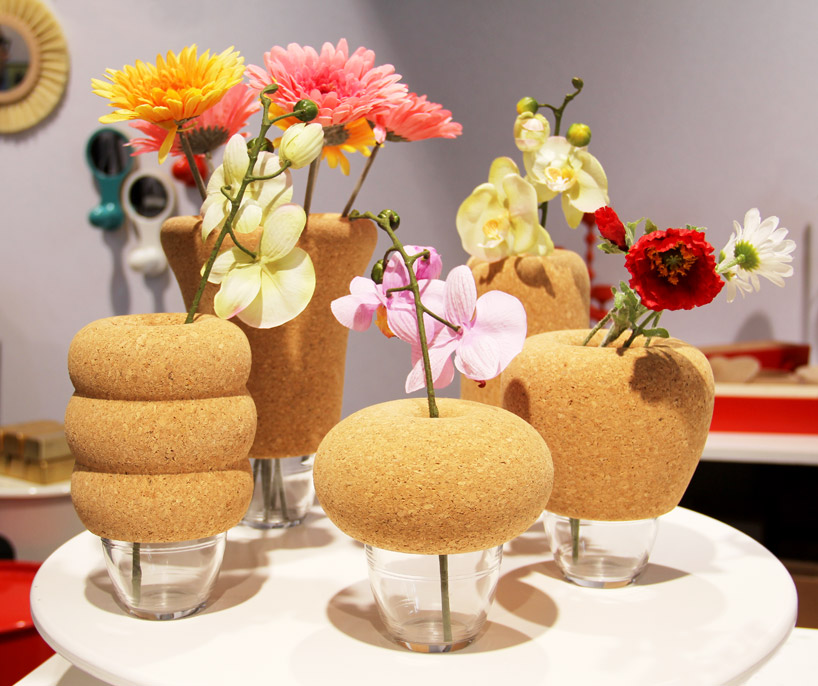 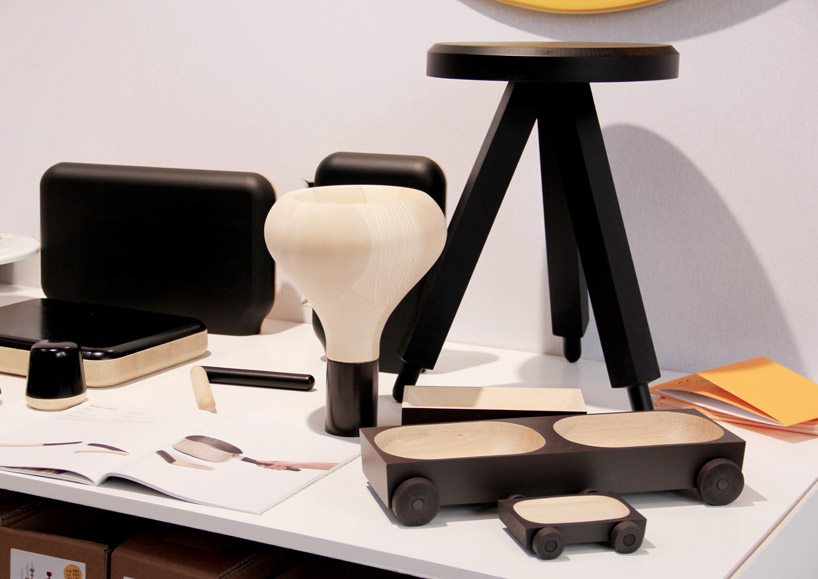