according to yerka bikes, a bike gets stolen in europe every four seconds. to refrain this from happening and reduce the number of bike thefts, the brand steps in and introduces yerka V3, a worry-free bicycle that prides itself as the world’s first theft-proof bicycle. from its aesthetics to functionality, the bike keeps an integral element for its users at work: safety.

as patented anti-theft technology, yerka V3 features an easy-to-use integrated locking technology that only takes only 15 seconds to lock and unlock the bike to and from poles, fences, bike parking, or almost anywhere up to 20 centimeters wide. even the bike wheels are protected as the brand incorporated nuts with a unique pattern that requires a special adapter – already included in the purchase – to disassemble them. yerka V3 also exudes versatility since users are given dedicated holes where they can install almost any type of child seat, fender, or grill. 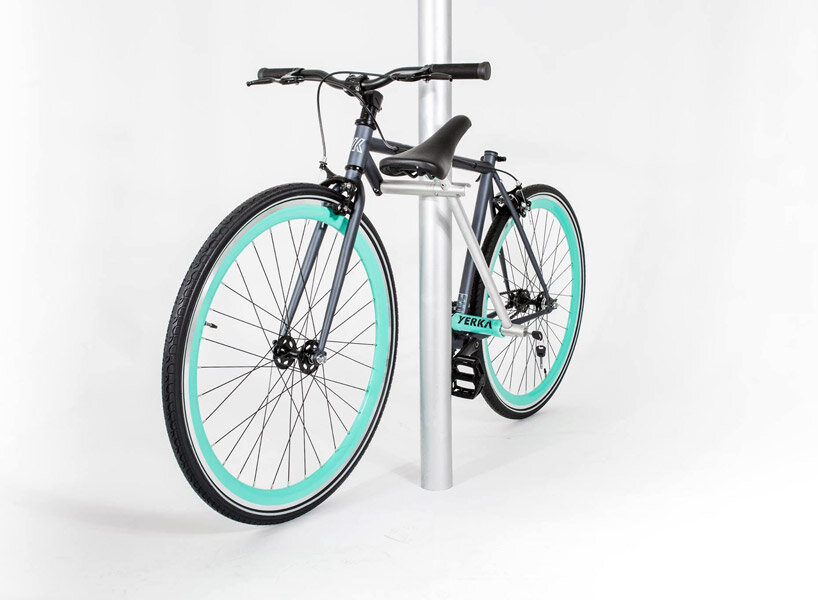 while a normal bike and a lock can weigh up to 17kg or even more – not to mention that bikers have to carry a backpack to bring them – the yerka only weighs 12.9kg, making it a lightweight, portable bicycle that sheds off unnecessary extra weight. the reduced weight does not compromise with the bike’s look whose entire frame is made of aluminum and chromoly steel to provide rigidity and safety. in terms of durability, the yerka has been approved to withstand objects up to 150kg without problems based on the brand’s testing.

yerka V3 is also offered in four colors: turquoise, black, white, and gold. the brand’s exclusive gold color has an anodizing treatment on its rims which provides a protective layer maximizing the life of the yerka. the additional, protective layer maximizes the lifespan of the bike, lessening the repair and service visits. another element that marks its safety philosophy is through its glow-in-the-dark feature embedded in the tires using reflective stripes. 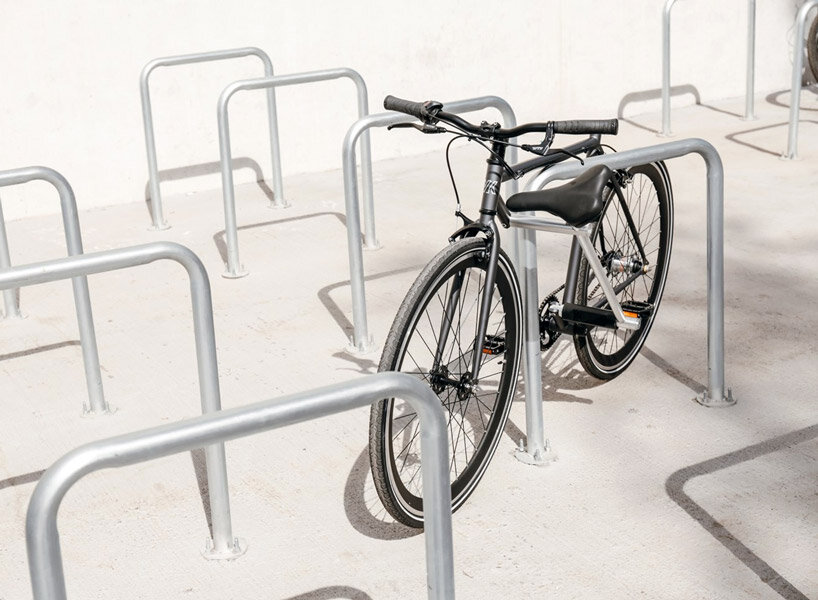 the bike’s frame doubles as its lock

theft-proof all the way

as the brand reiterates the bike as theft-proof: ‘since the bike frame acts as its own lock, breaking the lock means breaking the bike itself. any thief would consider it an impractical idea. if for some reason the thief breaks the post, fence, or structure to which the yerka was secured, they will not be able to pedal, since the lock system also locks the cranks.’

andrés roi, the co-founder and CMO of yerka bikes, believes that humans are the center of mobility. ‘the future of mobility cannot be reduced to staying in your home, putting a vr headset to work, and making your life from there. moving around may not be so comfortable, but for some reason, unlike machines, we have a body. I believe we have to keep moving to remain human.’ it is visible that the team has infused this ethos into the redesigner yerka V3. 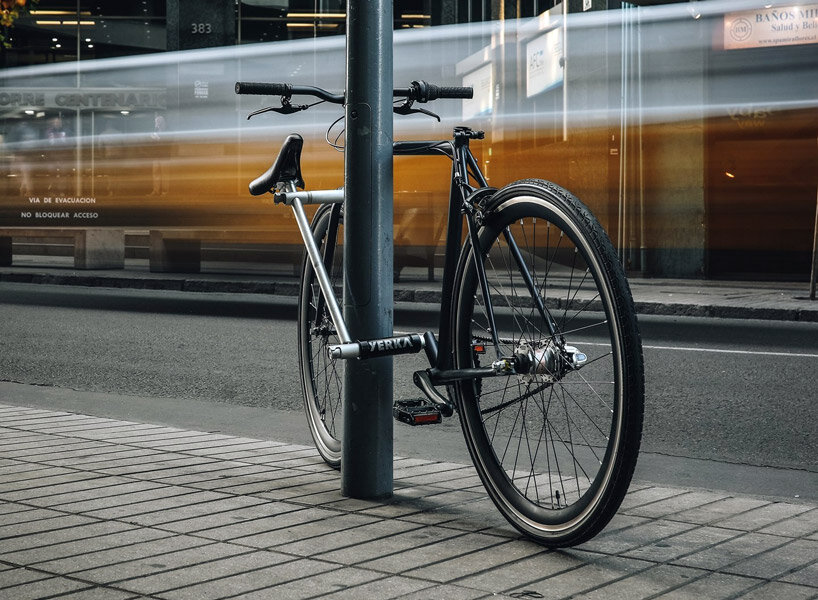 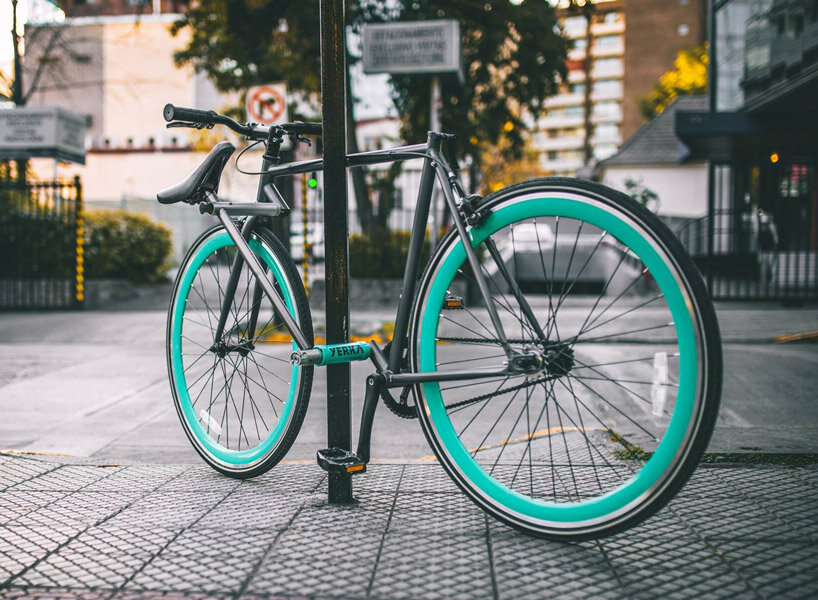 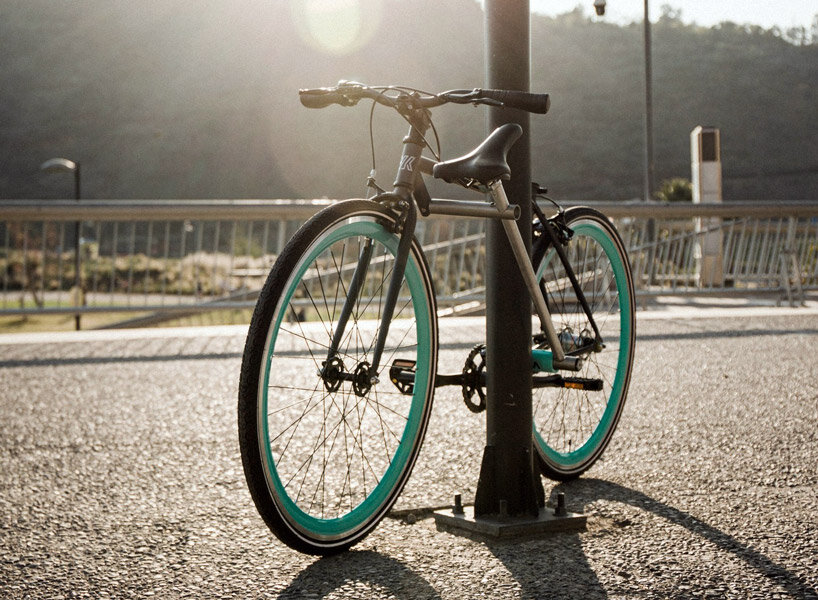 no need to carry a lock 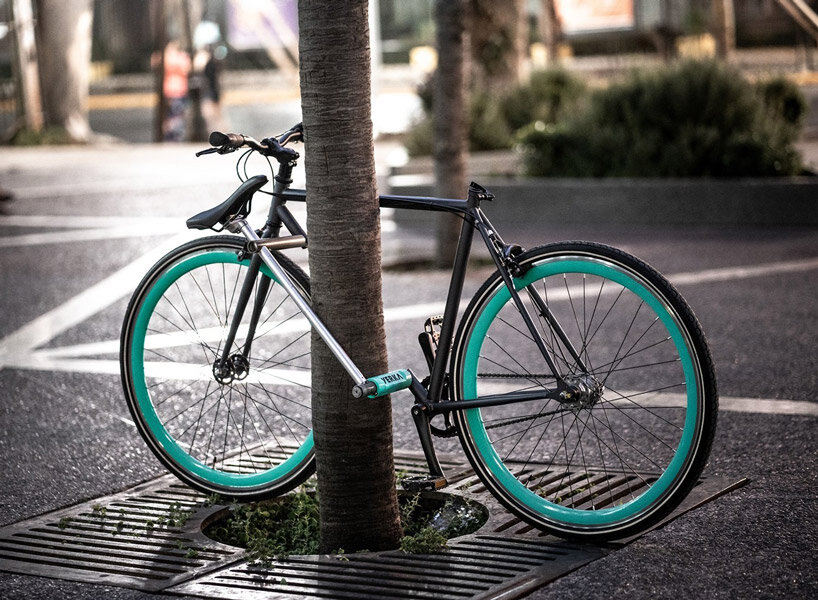 even the wheels are protected 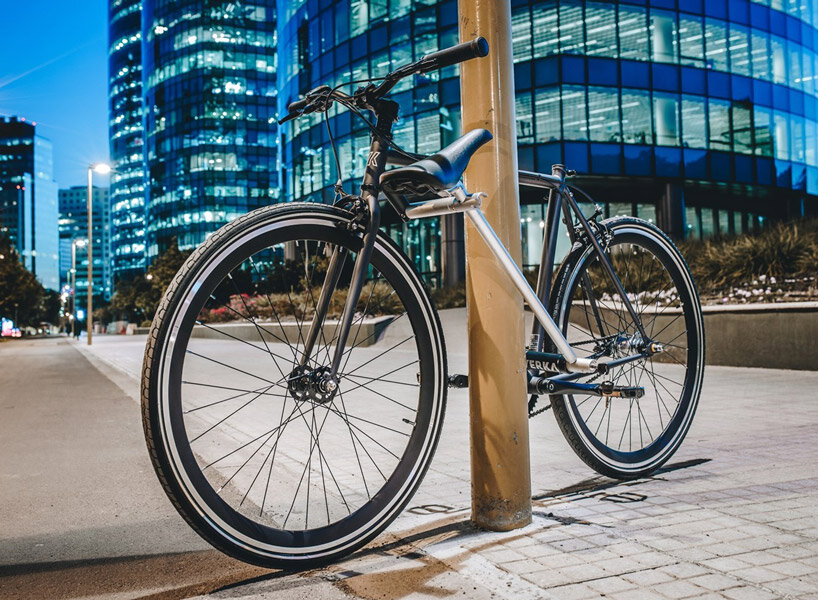 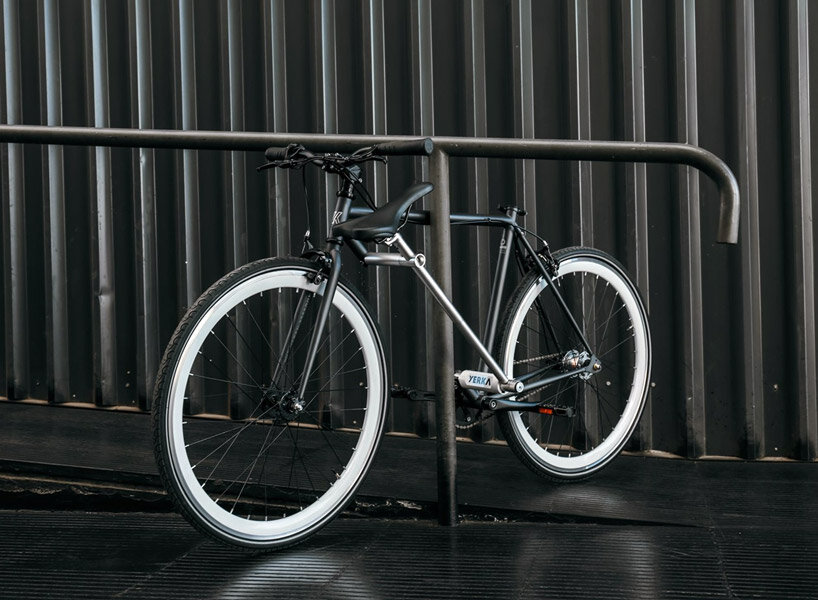 the reflective stripes make the bike glow in the dark 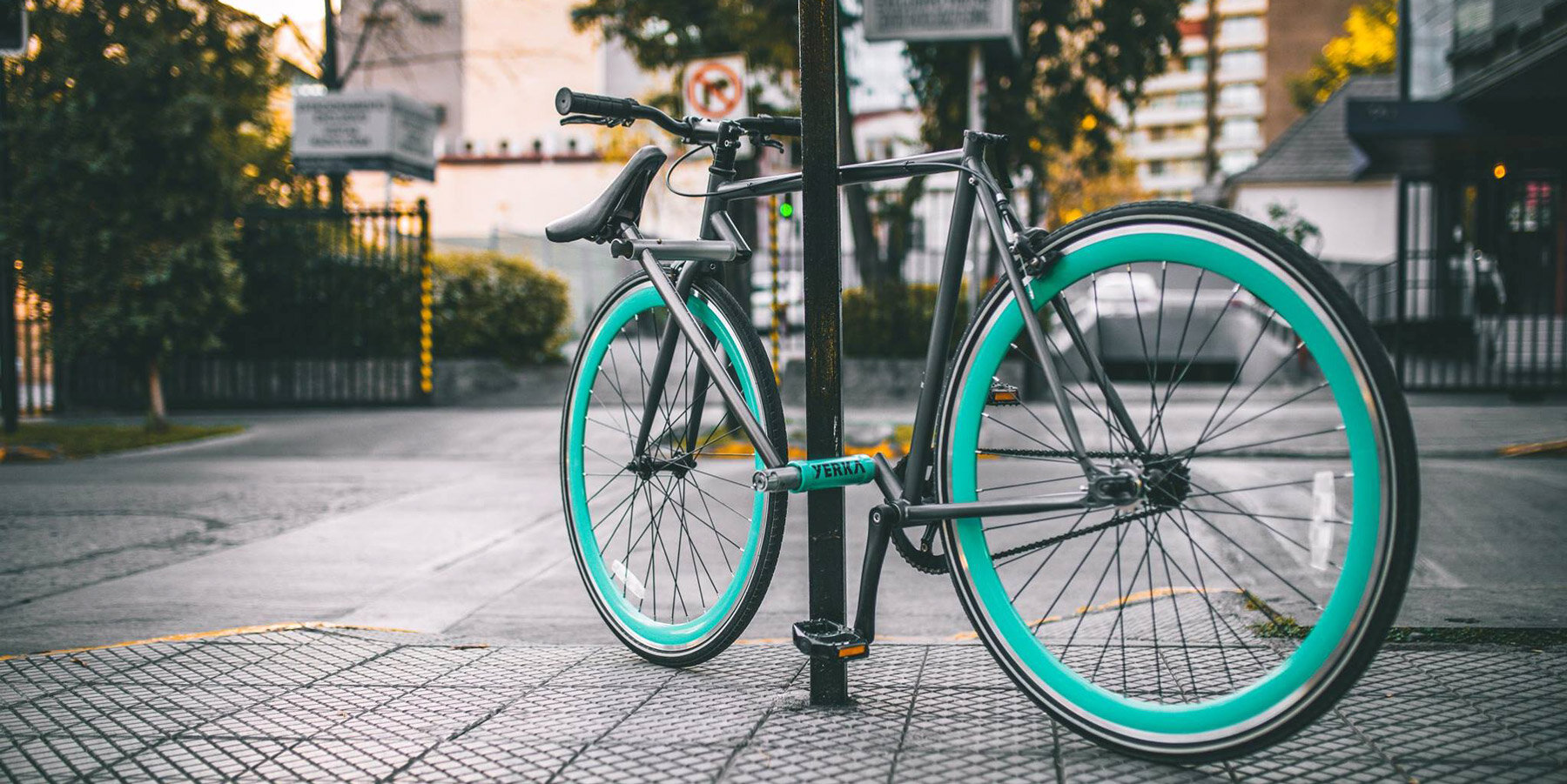