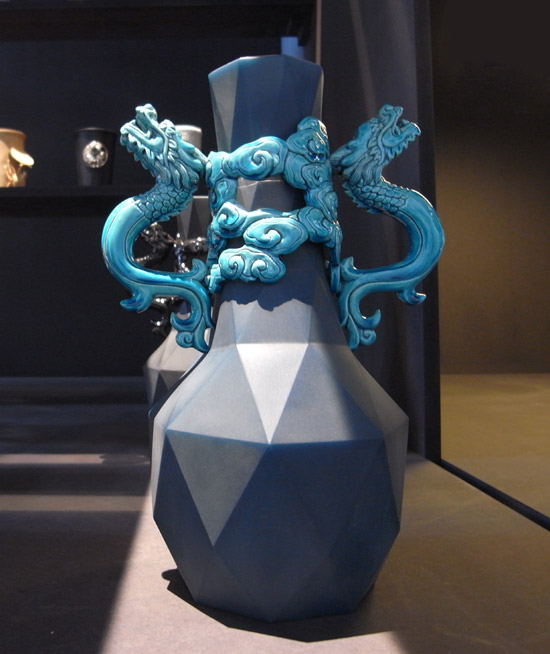 yii design is a design brand initiated by the taiwan craft research institute. dutch designer and co-founder of droog, gijs bakker was invited to be the creative director of the project. on this occasion, yii commissioned 15 professional taiwanese designers to work with local master craftsmen, enriching their creative process with progressive design ideas and ancient craft secrets. the processes of ancient crafts, bamboo work, ceramic, fine silver work, lacquer ware and woodcarving were explored, with a consciousness for choosing ‘green’ manufacturing methods, assuring both sustainability and high production quality and authenticity of products.

during milan design week 2010, yii presented the resulting projects to an international audience through an exhibition at the triennale museum, milan. the works on show focused on a revival of the increasingly extinct taiwanese crafts in contemporary design, researching the harmonious relations between man and nature. 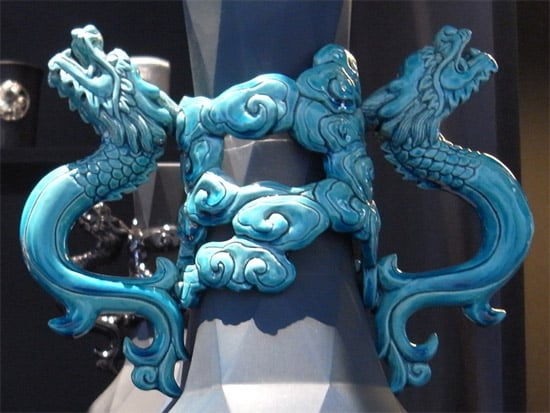 one of the pieces on show was ‘panlong vase’ by designer chen-hsu liu. working with koji ceramic craft artist shi-ren lu, they developed a series of vases made using traditional koji pottery and ceramic techniques decorated by classical mascot figures of taiwanese temples –dragons and tigers. these ancient icons have been combined with a computer designed, geometric polygonal shaped vase, which plays the ‘contemporary’ role in this piece. 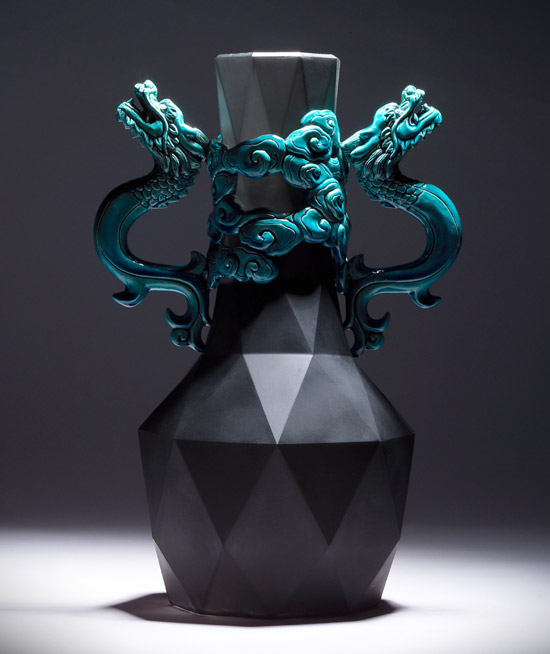 koji ceramics is an artistic type of pottery that is exclusively found in taiwan. it is often seen in the temple architecture of the country, can functions as an attachment on the upper-most panel of a wall, or the portion of the wall connecting to the eaves. an important feature of this craft tradition is the expressive use of color. 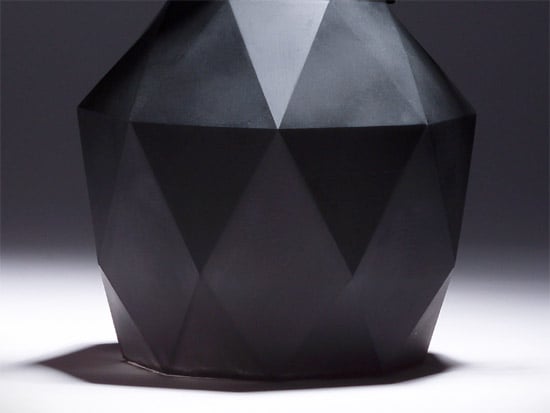 detail of the faceted sides 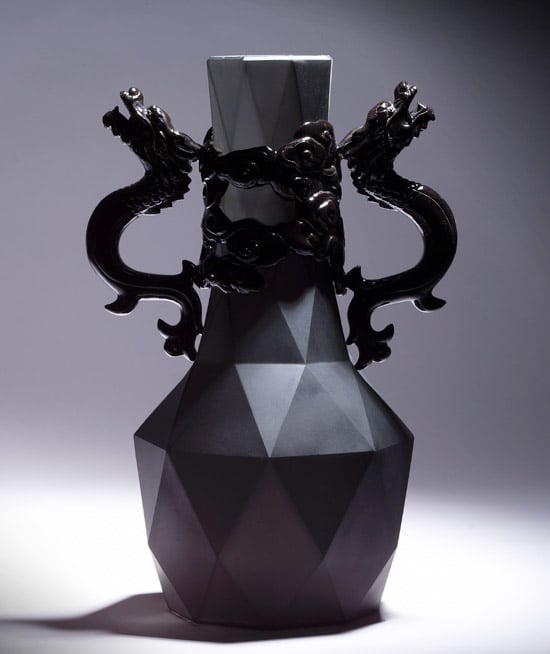 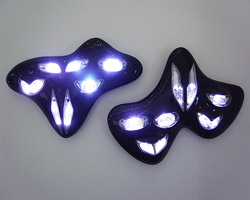 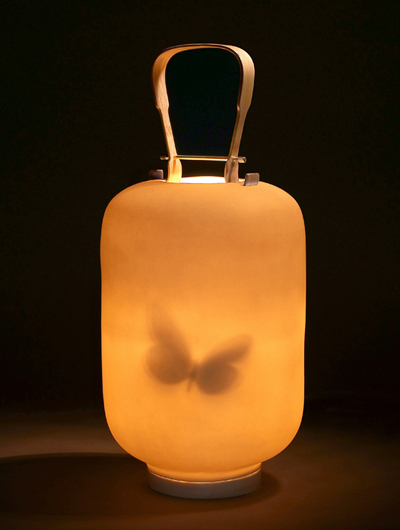 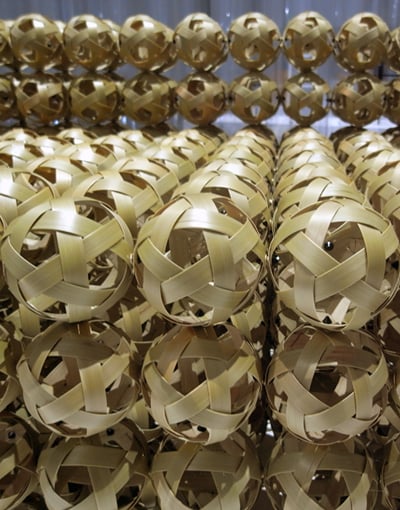 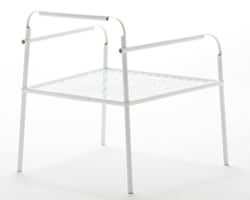