heads, they are based on the concept of lights communicating with each other image © designboom

MIC*ITAYA / yoshihiro yamashita redesigns traditional japanese paper lanterns and he keeps the quintessential feature of paper lanterns: its ability to be folded. 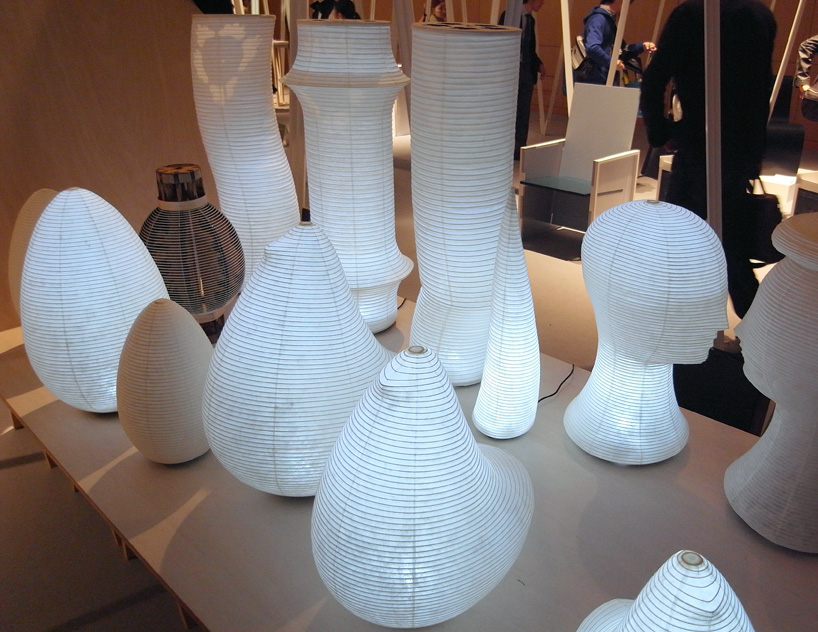 the lamps are partly intended to use in bedrooms … LEDs are used as light sources, and they can be also programmed to create a flickering effect, reminiscent of a candle light. the lamps can be equipped with a sound sensor that works as the power switching mechanism. 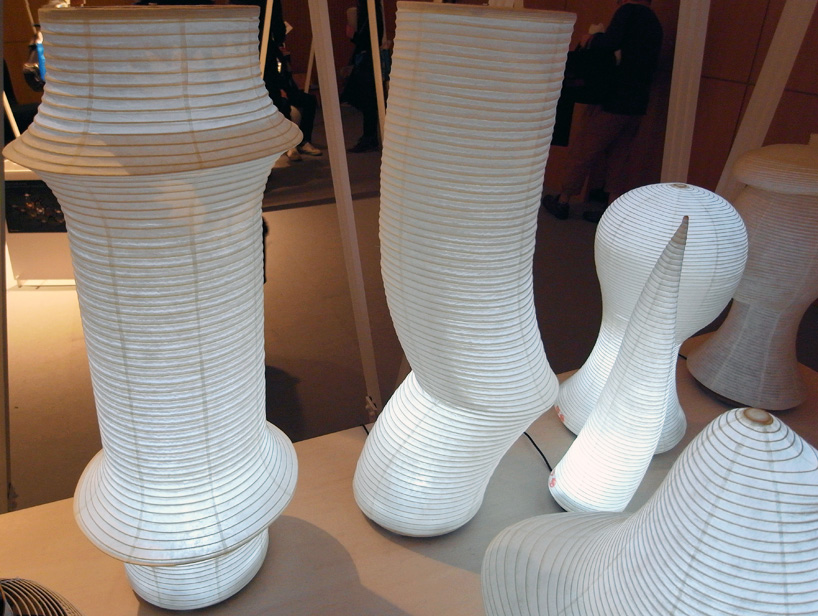 by updating japanese traditional design, yoshihiro yamashita hopes to conserve its beauty and pass it on to future generation. 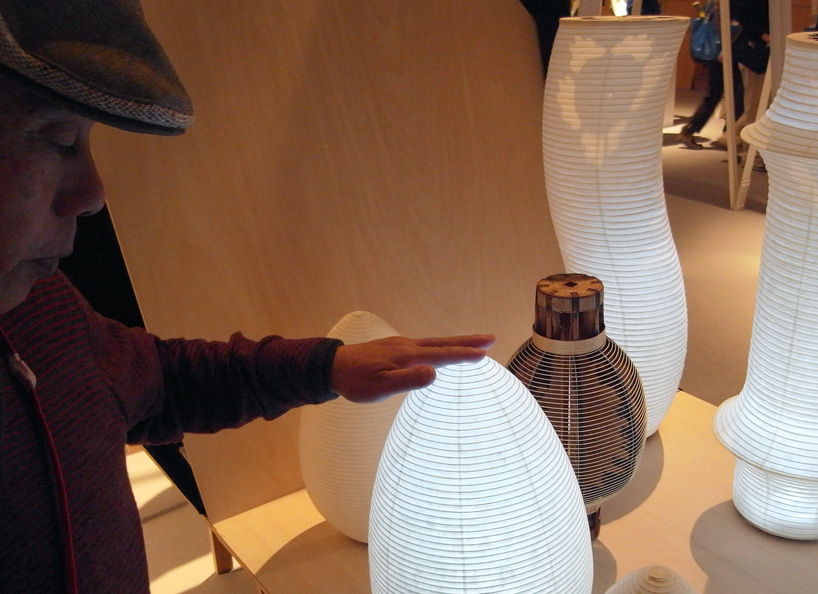 the lantern as a whole is designed to stand upright. image © designboom 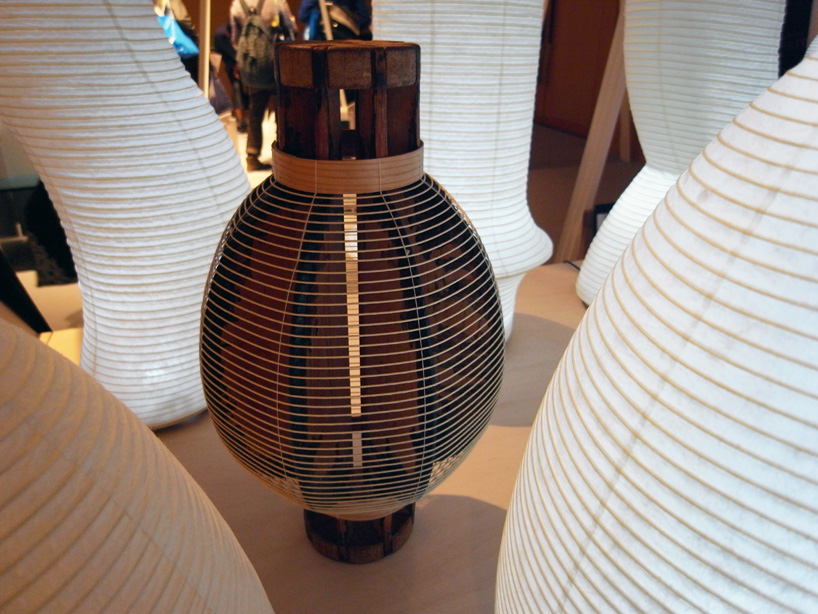 before paper is applied image © designboom 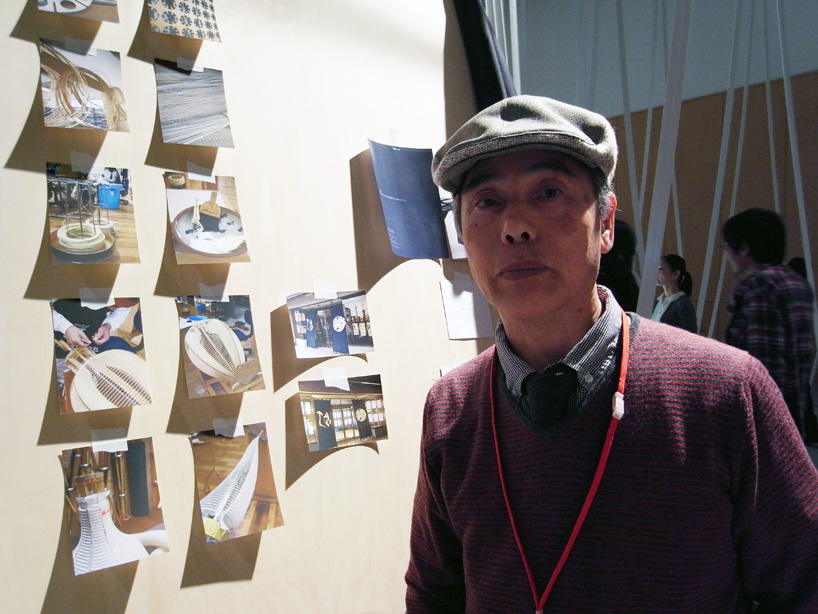 yoshihiro yamashita and images of the making process image © designboom 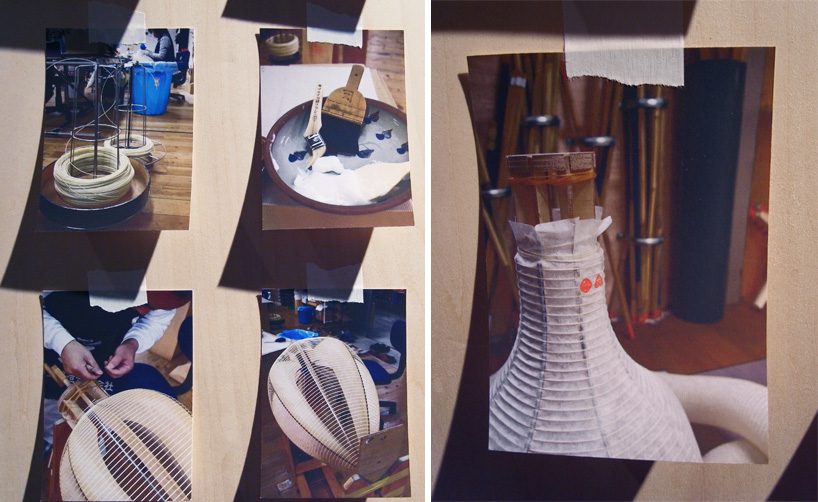 close-up to the images of the making process images © designboom