japanese math instructor yosuke ikeda has created a hypnotic 3D-printed manual machine that generates a mysterious movement. dubbed kaleidoscope, this distressing instrument results from the combination of simple mechanisms that make marbles keep on spinning around an infinite, escher-like staircase.

for kaleidoscope, yosuke ikeda has created a simple structure and movement that consists basically of just two steps where the marble goes up and down, endlessly. the height of each step changes when you stack both parts of the machine to form a cylinder and move it up and down. once you place a marble inside, the up and down movement will create either a slope or a wall for the marble to advance or stay still. if you do it repeatedly, it will move around the space infinitely. 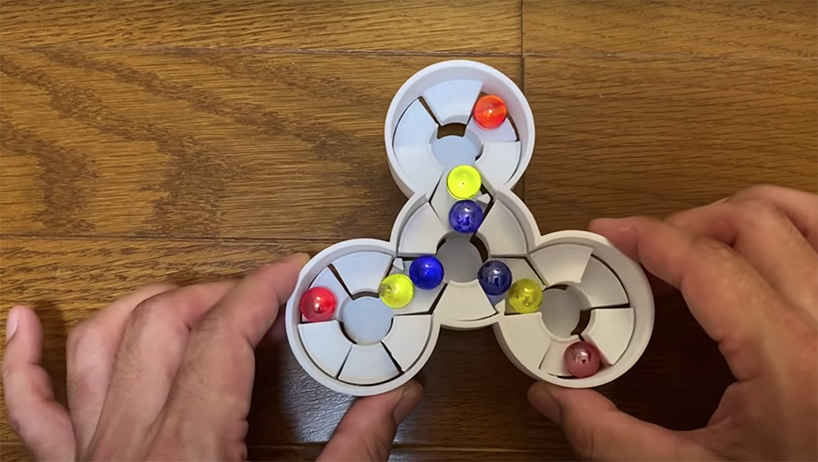 based on this simple yet mesmerizing mechanism, yosuke ikeda also produced a version with more cylinders, adding to the hypnotic effect. for it to work, the shape of the step has been modified to make it possible for marbles to move around the multiple tubes. this bigger version can also grow infinitely as long as the number of cylinders remains even.

for those interested in 3D-printing a kaleidoscope, ikeda has released the files for anyone to download, print and enjoy. 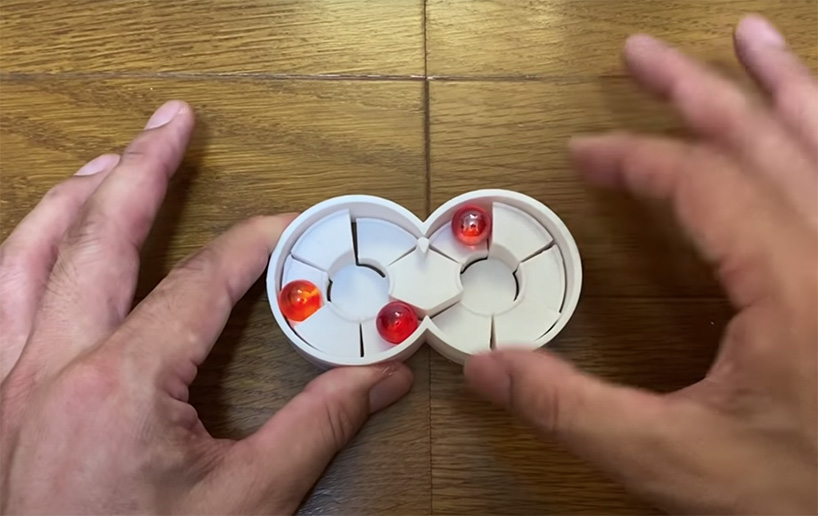 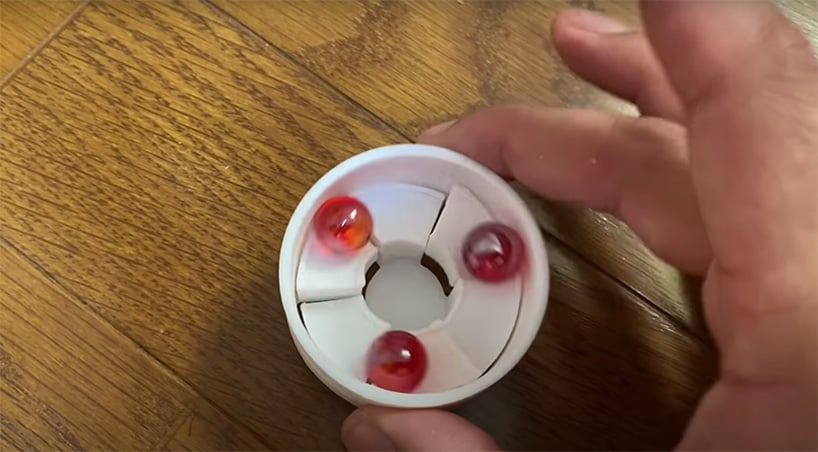 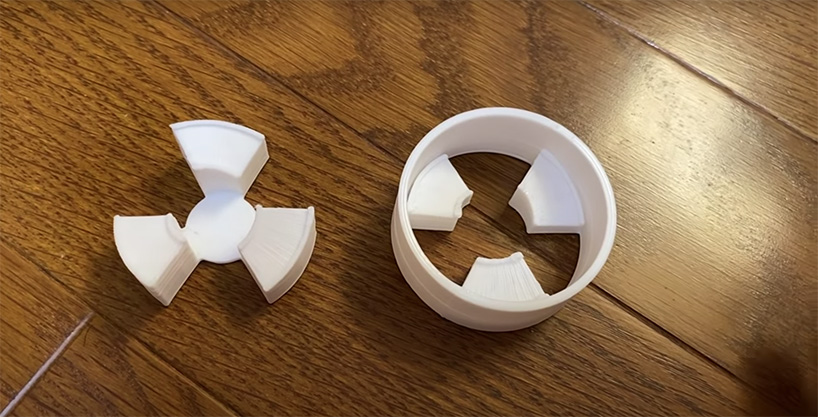