japanese designer yukihiro kaneuchi‘s latest project draws on bou-toshi, a game most played by those enrolled in the national defense academy of japan in which two teams (composed of 150 players each – 75 defense, 75 offense) compete to gain control over a single large pole. the activity involves individuals making a heap of sand in which they place a pole in the centre. each player takes turns removing sand, and the one who causes the pole to fall loses. there is also a version that is played by children in the sand box.

kaneuchi has created a series of vases based on the rules and elements of this game that has been played for centuries. entitled ‘sand’ a set of three vessels emulate the heap of the granular composite built-up around the ‘pole’, which in this case is a glass tube. here the sand formation nears collapse, bringing a tension and beauty to the flowers contained within. 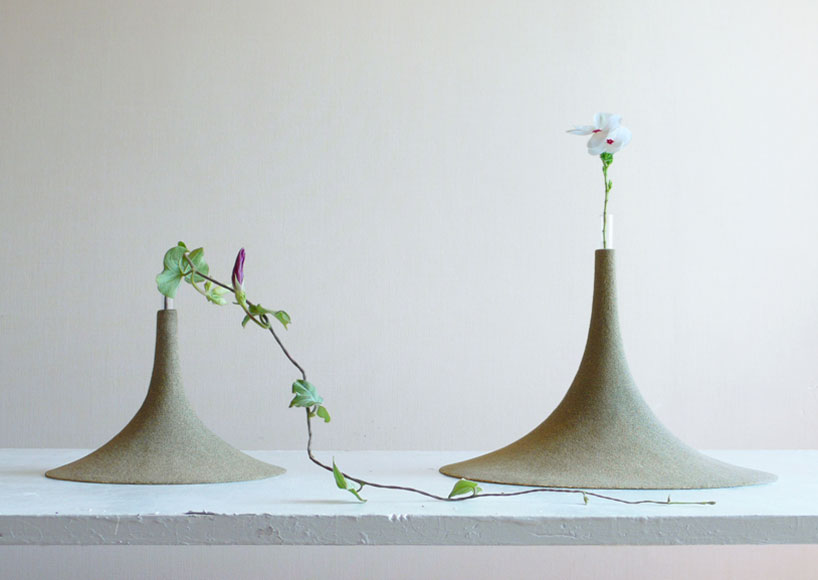 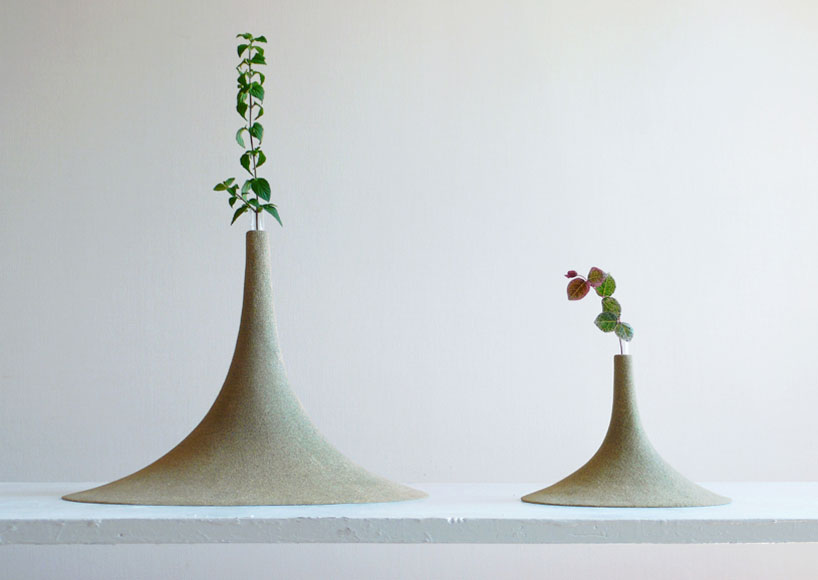 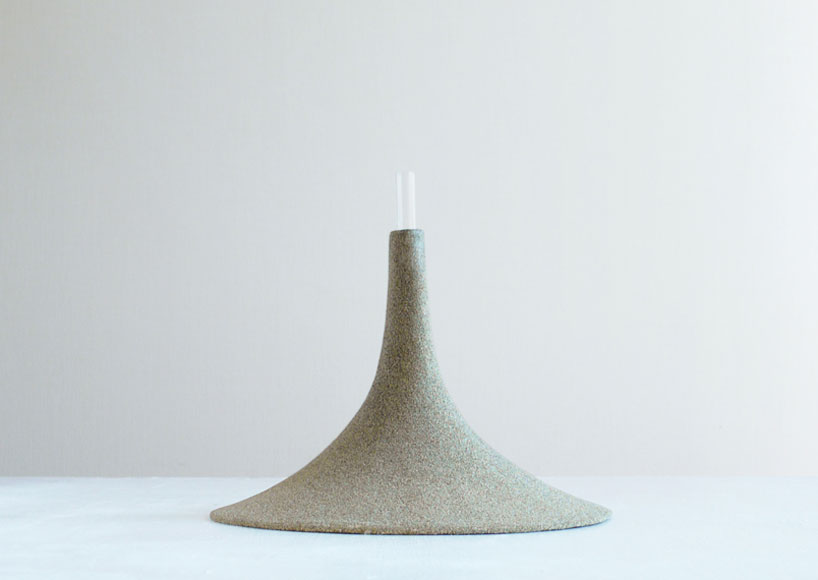 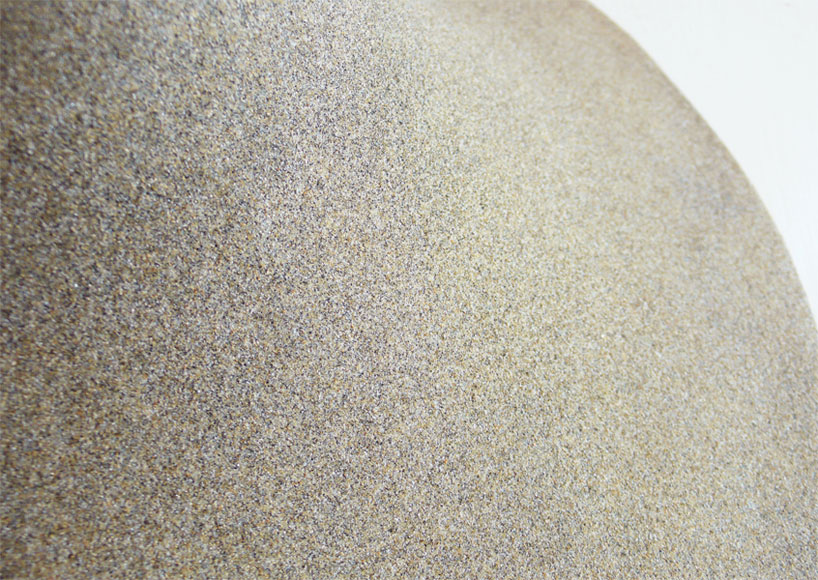