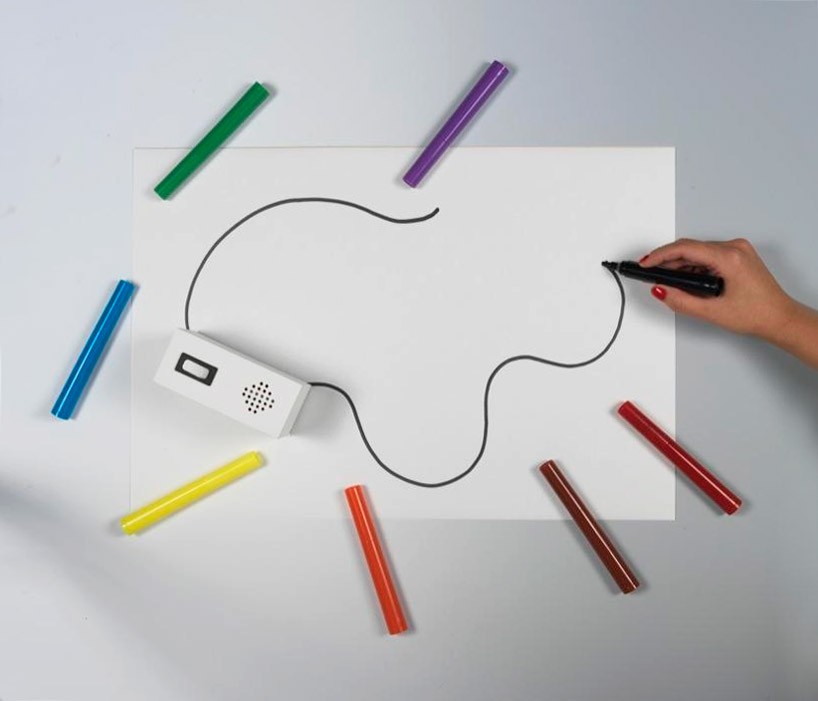 london-based product/sound designer yuri suzuki developed a new device : ‘colour chaser’.
a miniature vehicle that detects and follows a black line whilst it reads crossing coloured lines and translates this RGB data into sound.
on show at tokyo’s designtide exhibition, users could draw a randomly shaped circuit using a black marker pen on a
piece of paper
and the colour chaser followed the line. 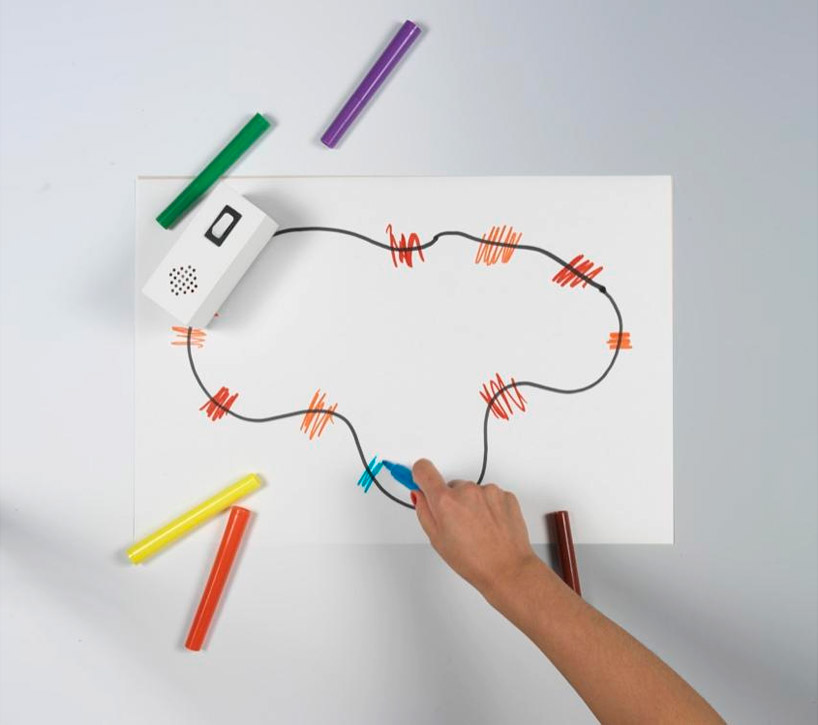 users can then add different layers of colour across the black line at
intervals.
the vehicle detects the colour RGB data and translates that
into sound. 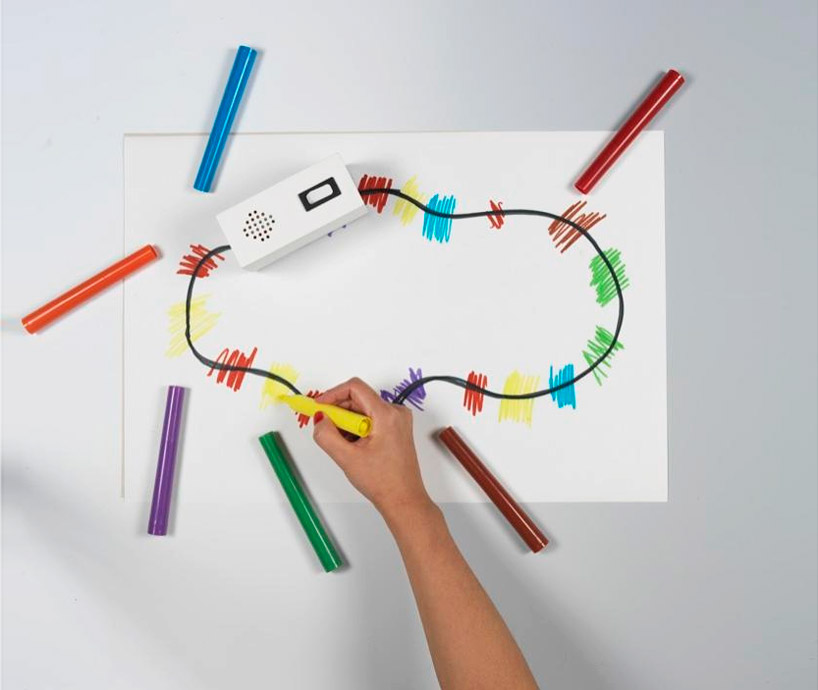 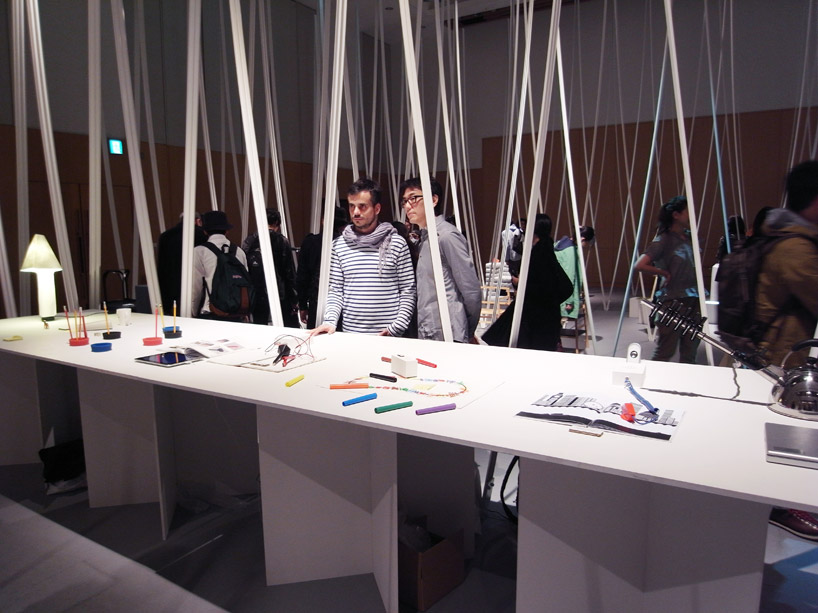 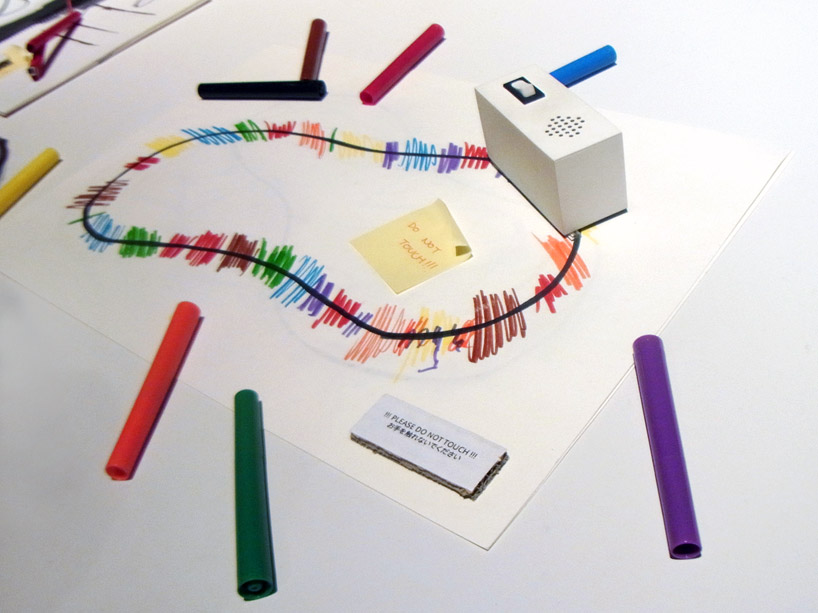 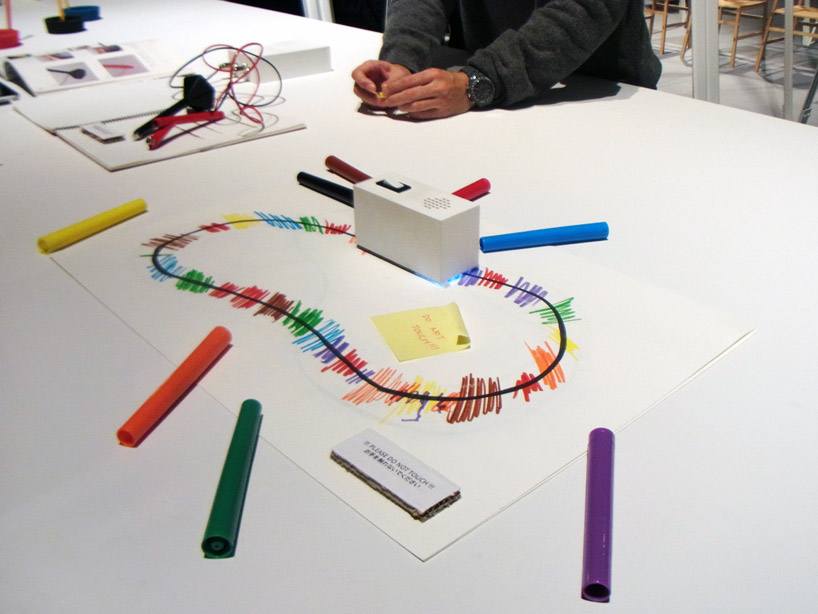 in the venue, yuri shows designboom experiments with two different ‘sound tracks’ for the colour chaser


technical advice was given by dominic robson.
see a few earlier steps of the development here, here and here.

yuri suzuki
is a product designer and electronic musician who produces work
that explores the realms of sound through exquisitely designed pieces.
sound interjection! is playful and interactive, encouraging the viewer
to become part of the final design by creating sounds.
suzuki believes
that not enough thought has been given to noises produced by
everyday appliances, and began to include
sound-scapes in his
products. yuri suzuki was born in tokyo in 1980. between 1999 and 2005
he worked
for japanese design firm
maywa denki, where he developed a strong
interest in music and technology. in 2005 he moved to london to study at
the royal college
of art. during this time he worked on some projects
for yamaha and moritz waldemeyer, and after his graduation in 2008 he
opened
his own studio. 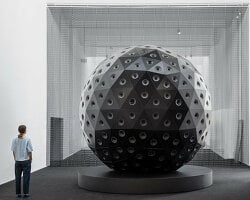