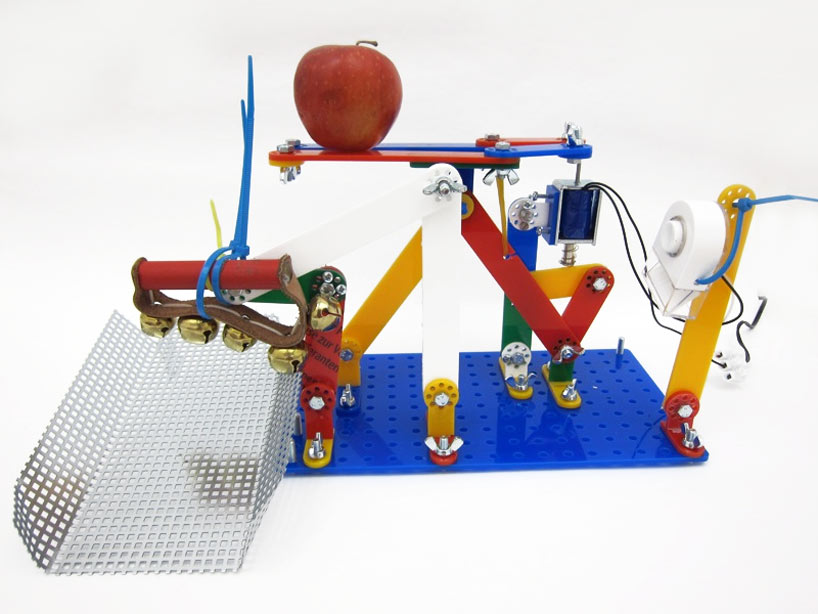 japanese designer product designer and electronic music composer yuri suzuki,
has recently spent a period working in stockholm. during this time in the nordic country,
he conducted a soundscape workshop in which he asked participants to think about the noises
that surround them.

‘one day I found a great kettle designed by richard sapper. the kettle’s beautiful sound plays
the notes C and D and sounds like a small locomotive. inspired by this, I made a kettle of my own.
a music kettle, which became part of the series ‘re-design sound scape’. as the kettle boils it whistles
your favorite tune… I want to contribute to the design of daily domestic noises: alarms, mobile phones,
a doorbell; I have the opinion that not enough that has been given to the noises they produce.’ – yuri suzuki 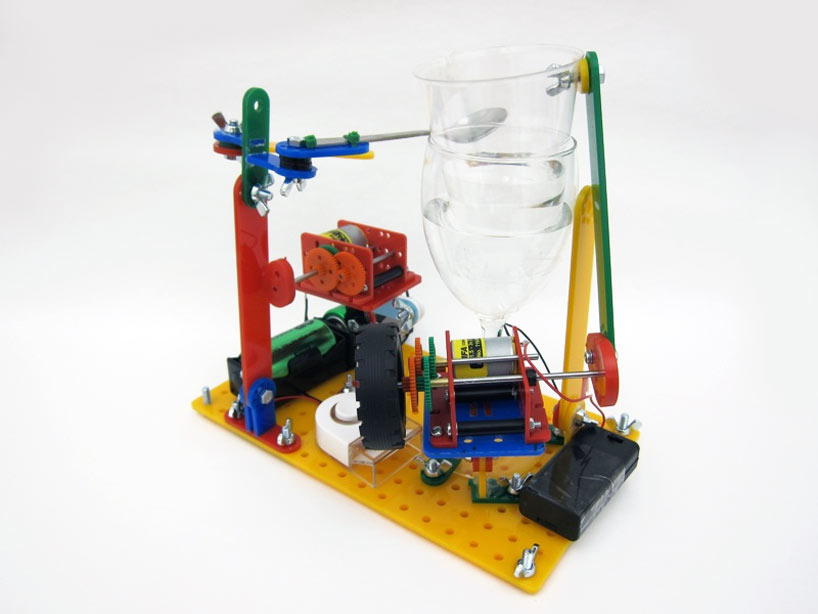 so in taking this experience, he decided to use the trite sound of a door bell as a starting point,
conducting this workshop as a means of analyzing and suggesting alternatives to the generic
soundscapes of everyday life that we often take for granted.

for the workshop, he designed a DIY door bell kit, in which people assembled brick style components
to connect with actuators, to produce their favorite door bell sounds.
‘what effect would a whispering or moaning doorbell have? how would we interpret bird songs
or the sound of barking dogs – as visitor or host? what happens if the first impression is disturbed
by an unexpected sound? can the sound of a doorbell have an effect on the very notion of hospitality?‘
all participants were given the opportunity to produce a door bell of their own during the one-day exercise.
materials for the doorbell development kit such as acrylic bock, solenoids, various actuators
and switches were supplied.

this is a compilation of the results. 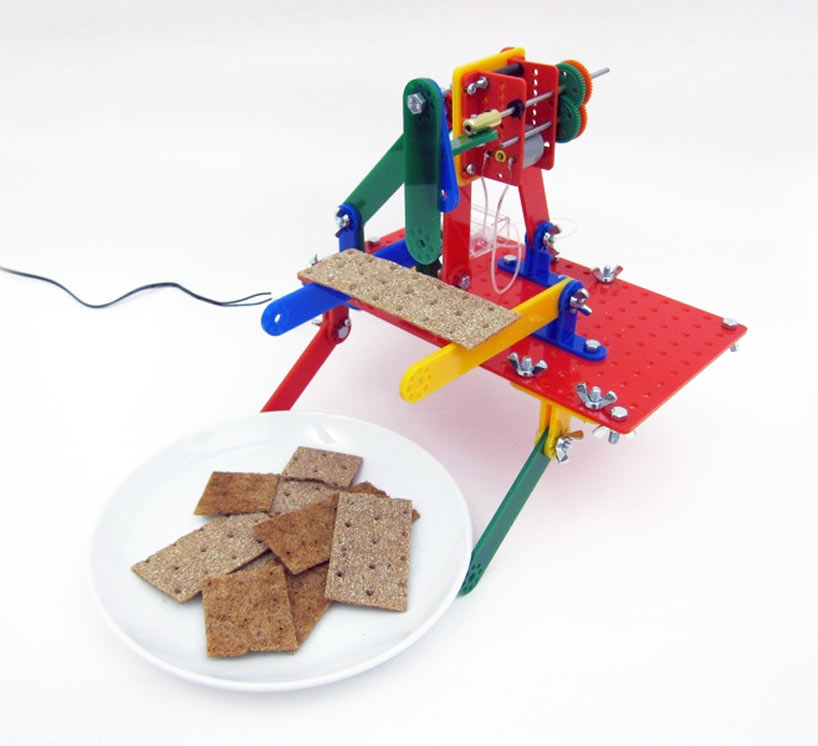 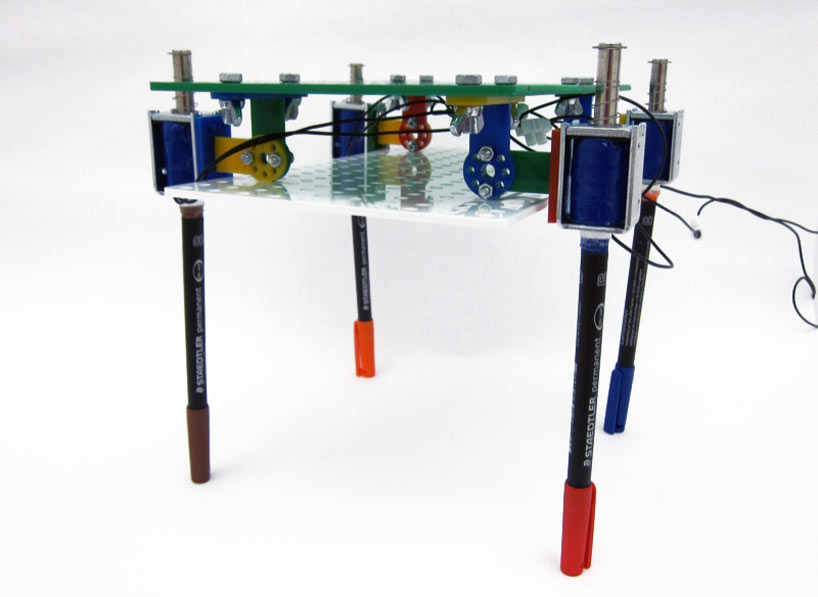 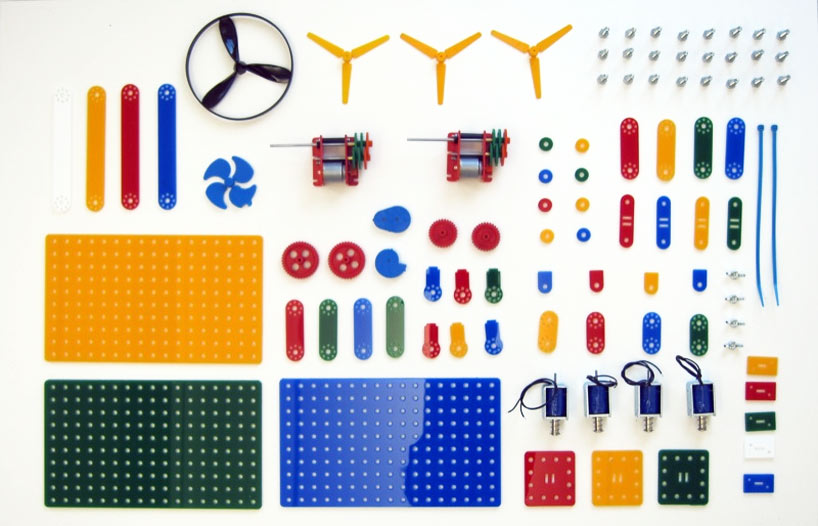 images of the workshop in progress: 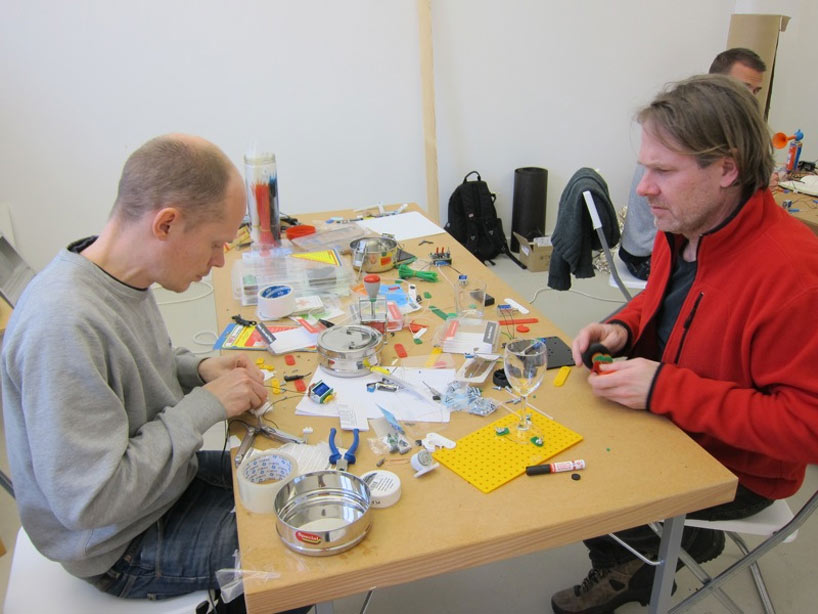 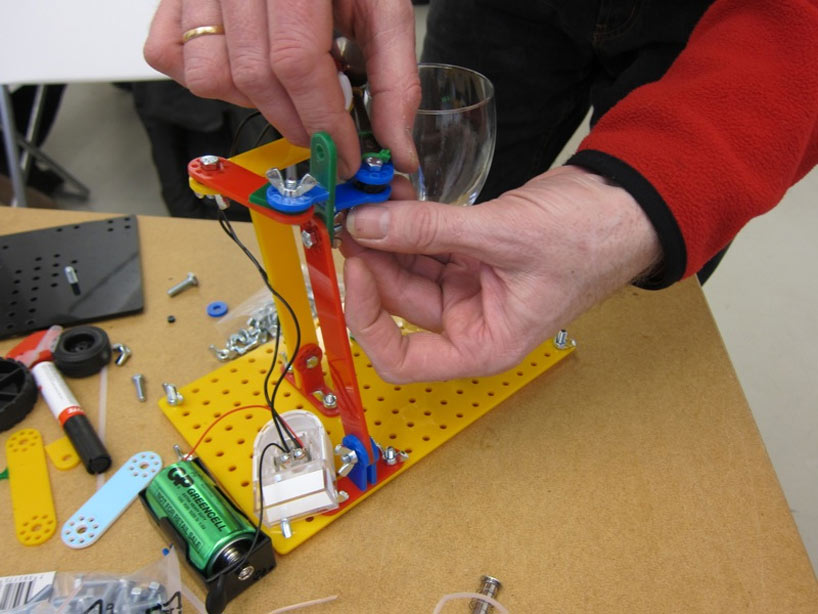 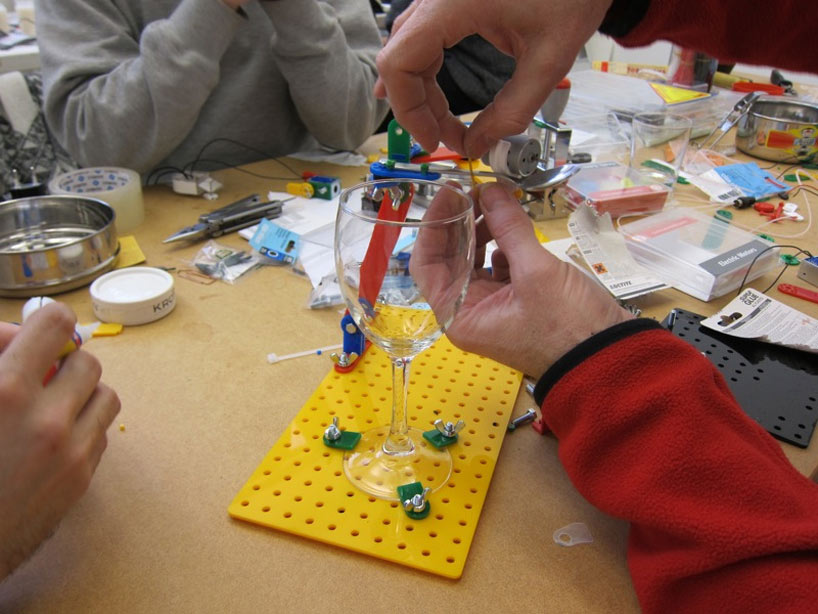 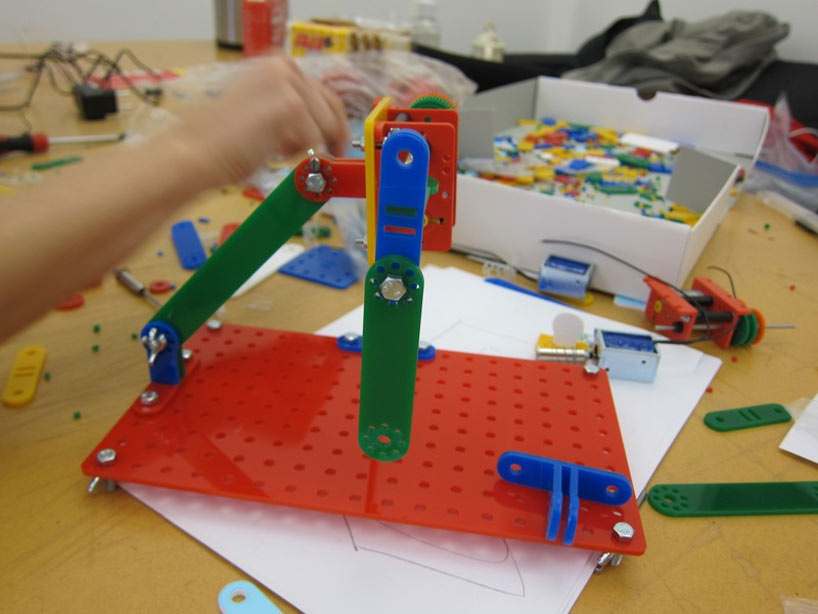 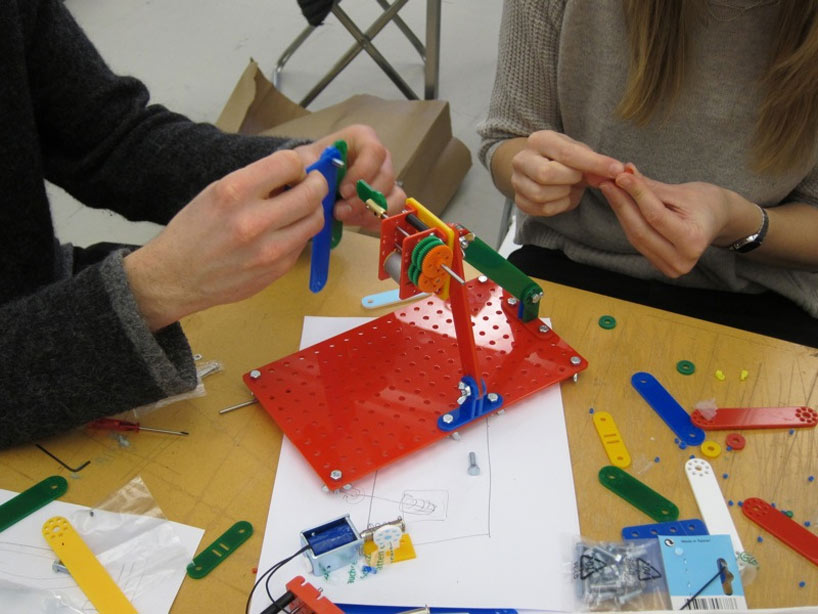 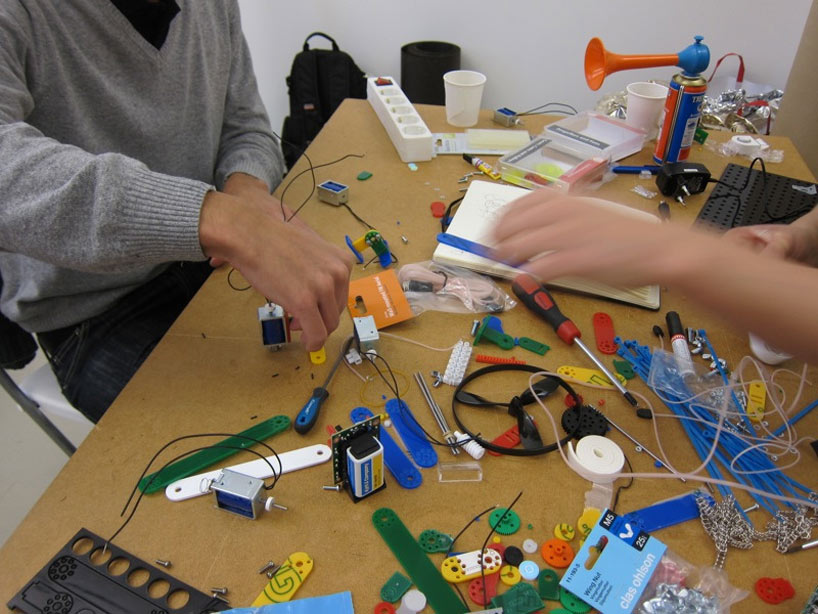 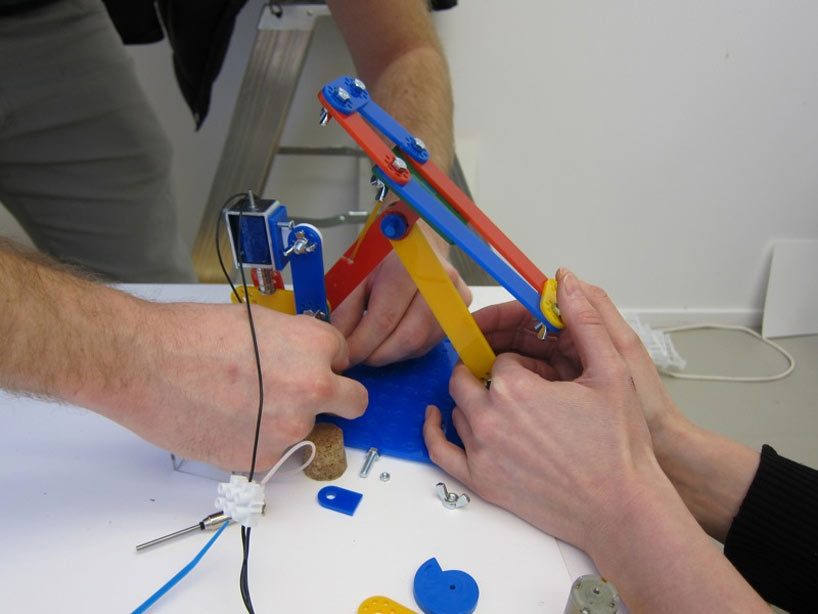 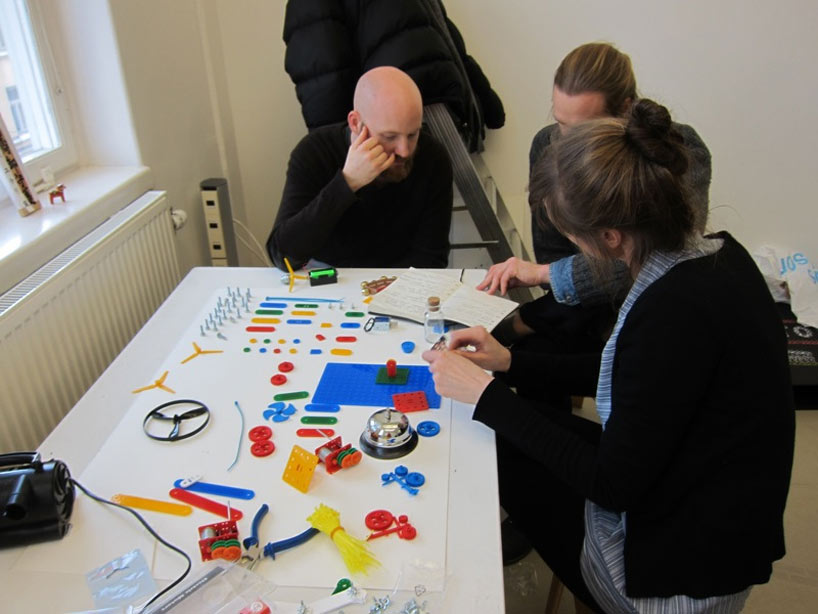 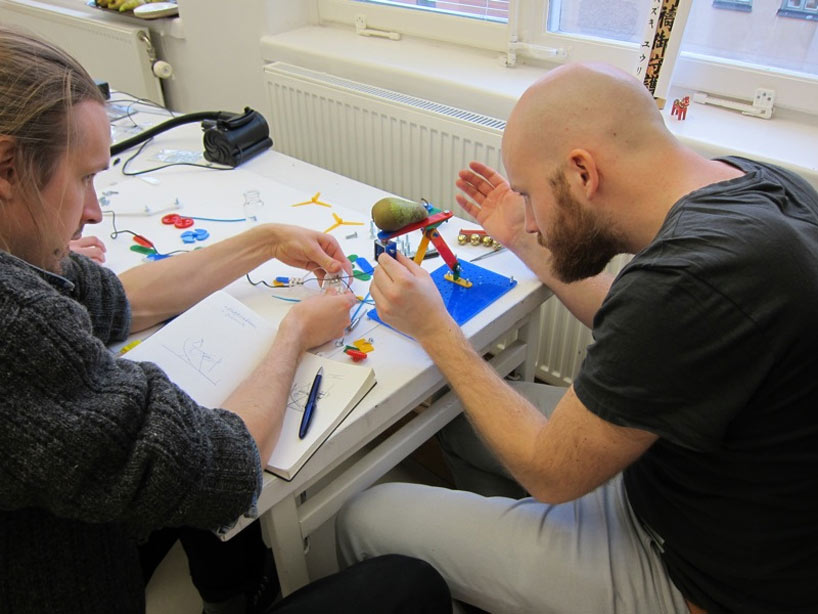 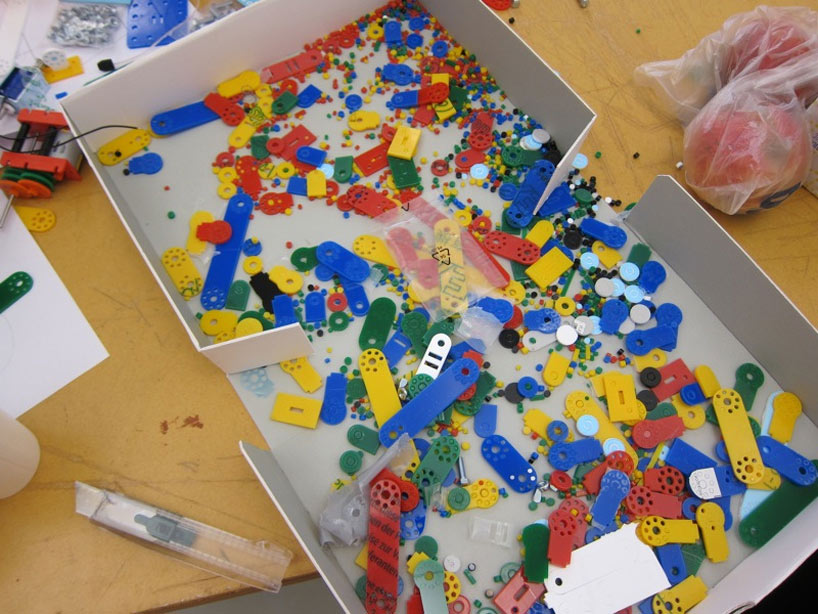