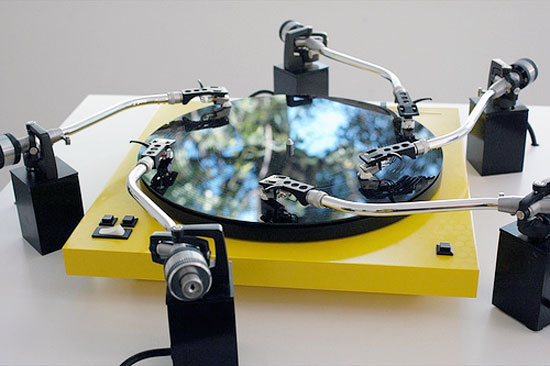 designer yuri suzuki is currently featured in his first solo exhibition at clear gallery,
tokyo, japan. the exhibition showcases suzuki’s interactive works ‘prepared turn table’
and ‘sound chaser’ with the use of vinyl.

‘with the lost of their physicality, objects become virtual existences. the reason
why I have a feeling of uneasiness towards sound recorded in a digital format,
is because the digital data of sound is nothing more than a virtual copy of
the existing original’ says suzuki

the ‘record’ was chosen not just because of the commonness in its time, but because
of the simple structure and characteristics of the media. ‘sound’ is recorded on this
media in an extremely direct and physical way which allows it to be played simply
by amplifying the vibration between the record and the needle dropped upon it.
in addition sound can be visually seen and read through the density of the grooves
pressed on the record. it could still be said that the record is the most modern,
and the finest media in the field of analogue recording technology. 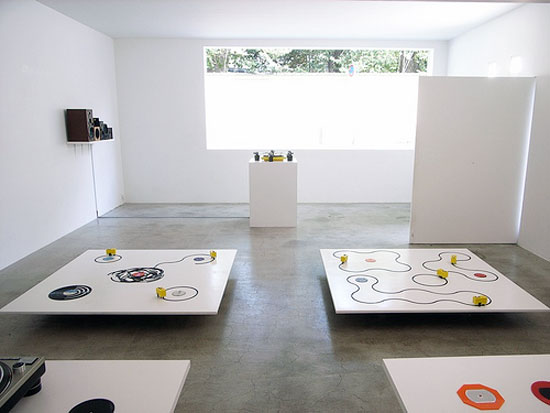 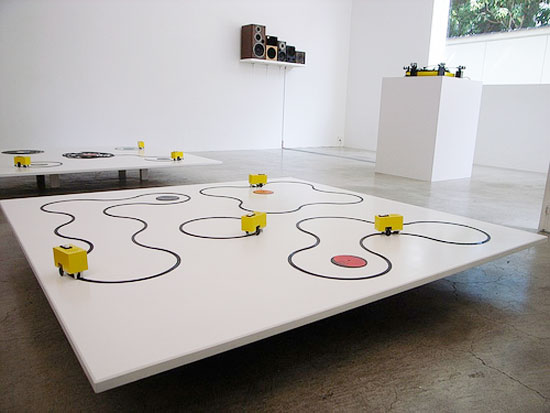 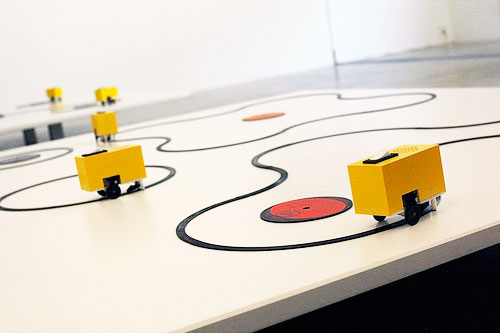 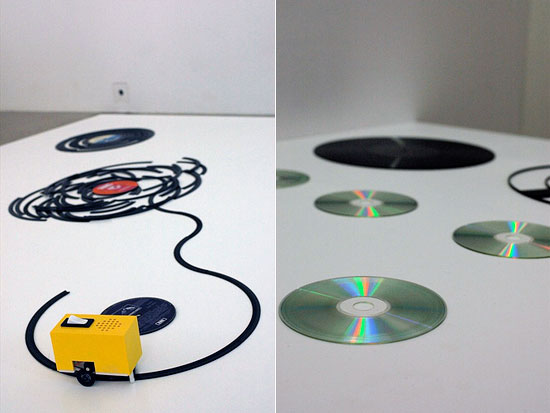 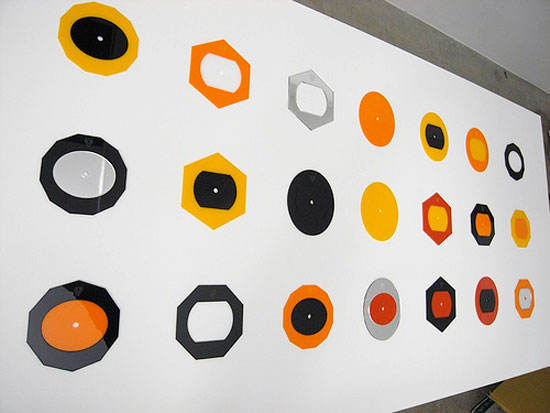 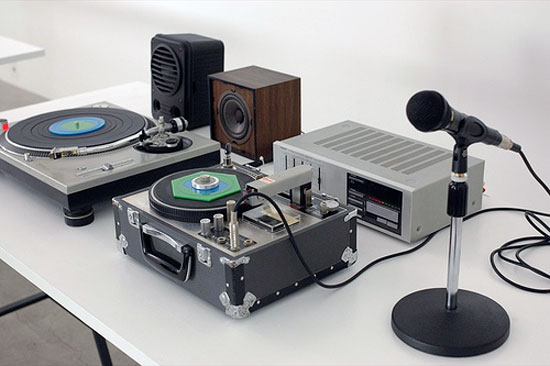 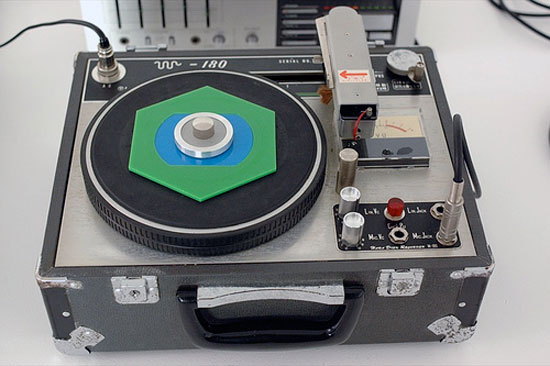