salone del mobile: for its 10-year anniversary, glass manufacturer LASVIT is pleased to announce ‘eve’, a hanging lamp by zaha hadid. accompanying hadid’s other lamp ‘duna’, both lighting objects will be part of the ‘lanterna magica’ exhibition at euroluce. composed of fifteen glass elements arranged in a harmonious way, ‘eve’ is a chandelier that combines traditional glass manufacturing techniques with the architect’s well-known parametric design style. 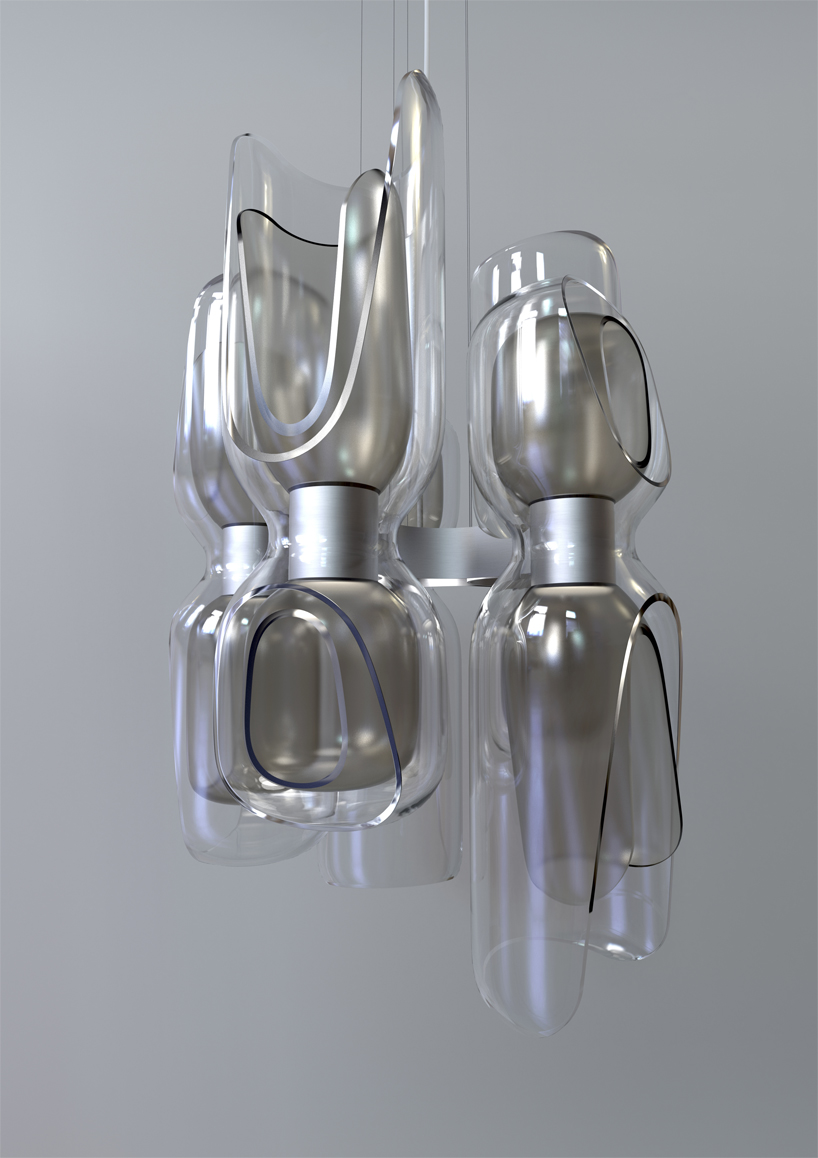 the hanging chandelier is composed of fifteen glass elements

consistent with zaha hadid’s aesthetic, ‘eve’ for LASVIT features a composition that is both fluid and organic. a game between the opaque and transparent elements results in a fascinating object whose appearance changes once the light is on. the suspended glass bodies vary in length and gently float in space creating a spectacle of light and shadows. the sculptural quality of the work is remarkable during daylight while it opens new dimensions once the night arrives. 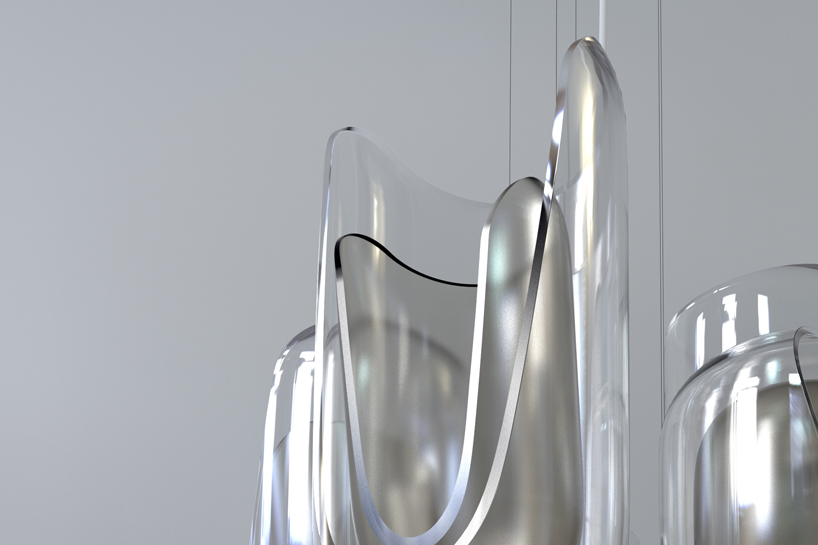 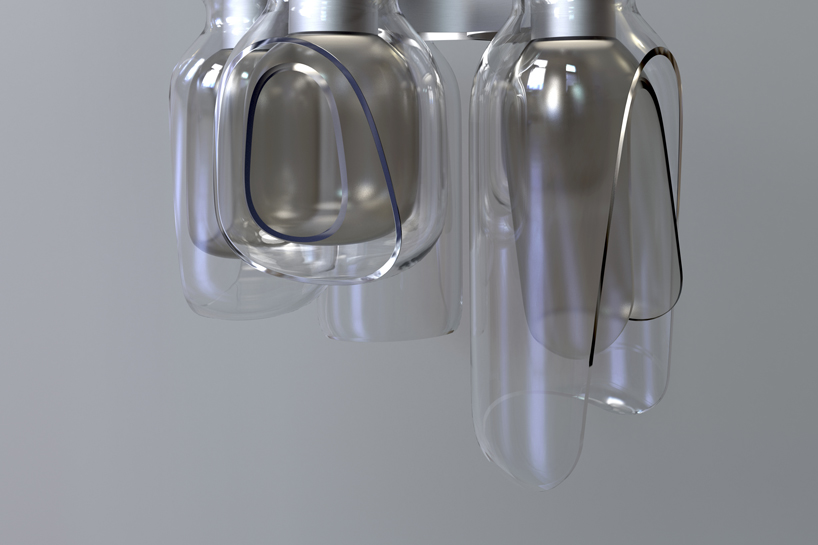 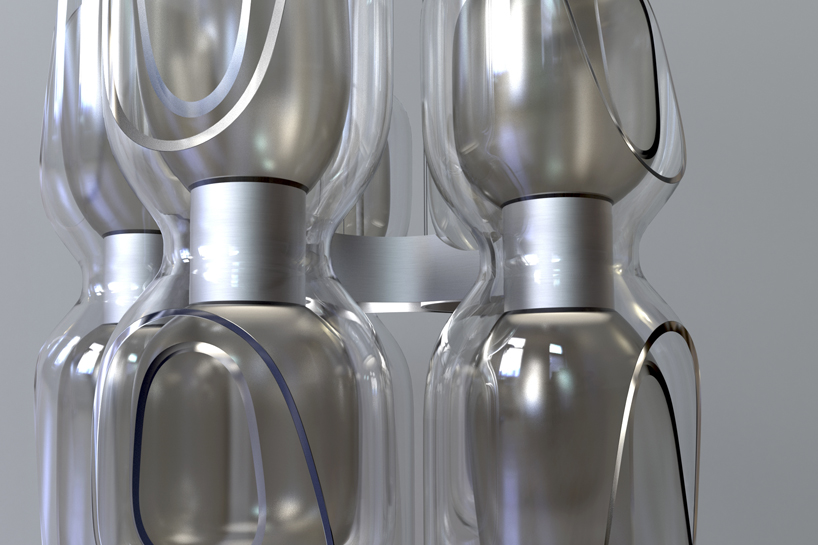