zaha hadid‘s relationship with william sawaya and paolo moroni was the kind that many architects and designers — whether they were italian or foreign — established with the protagonists of the multi-faceted italian furniture network. it was a partnership of trust, that evolved into a long-term friendship and affection for one another. zaha hadid worked closely with them to develop a research that progressed and shifted from the craftsman’s workshop to industrial production, as also evidenced in the architect’s earlier ‘manta ray’ seating and ‘Z chair’ for the company. it is under this framework of versatility that zaha hadid conceived the ‘mew’ table desk for sawaya & moroni — her last design project before her recent and sudden passing on march 31st, 2016. 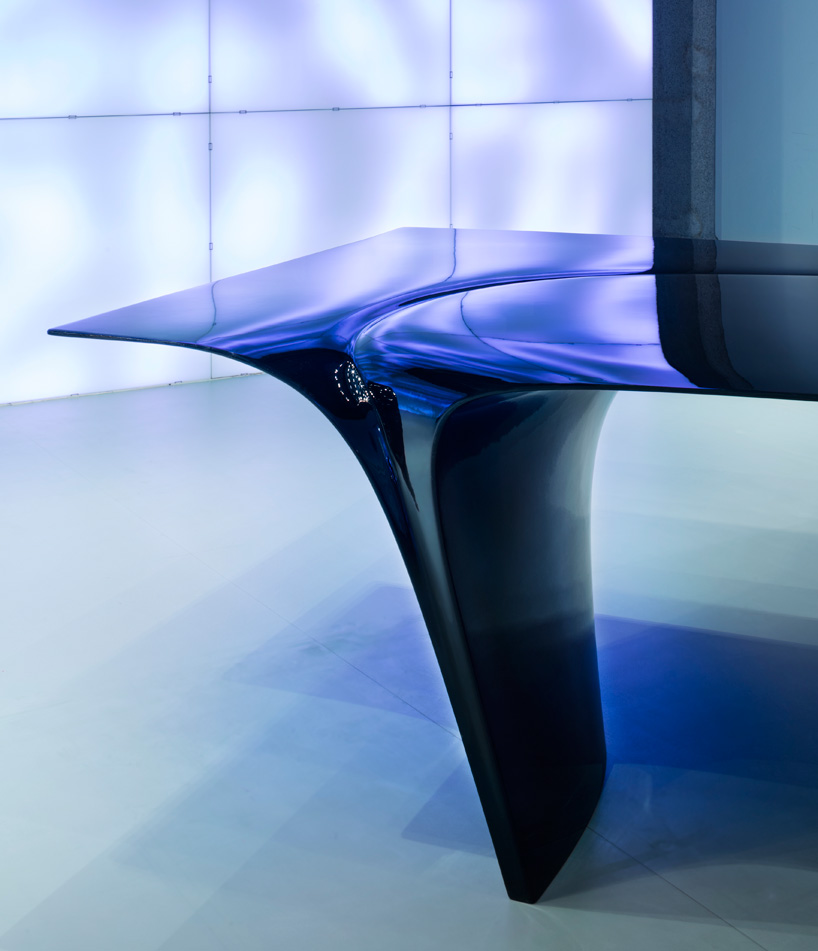 presented at the showroom of sawaya & moroni during milan design week 2016, the ‘mew’ table desk is an amphibious structure that finds itself at home both in the centre of a dining room; or as a surprising addition to the workplace. transverse by character and nature, it was completed just a few days before zaha hadid’s premature demise. the design intrigues the viewer with its unexpectedly light presence which takes shape in the form of sweeping motions. the high-density high polyurethane structure emerges from a single enveloping figure, expressing a fluid origami in which surfaces come together in a unique synthesis; characterized by a horizontal vein that cuts through it where the curving planes meet. at a certain point, the top of the table develops out of this sensual fold before descending downwards into two sculptural supports. these relate almost orthogonally, at a slight slope, generating an intentional irregularity that only zaha hadid knew how to infuse into her designs. available in vivid red, black or white — always in a single color and material — the ‘mew’ table stresses a monolithic and lightweight character which were signature features of the late architect’s work. 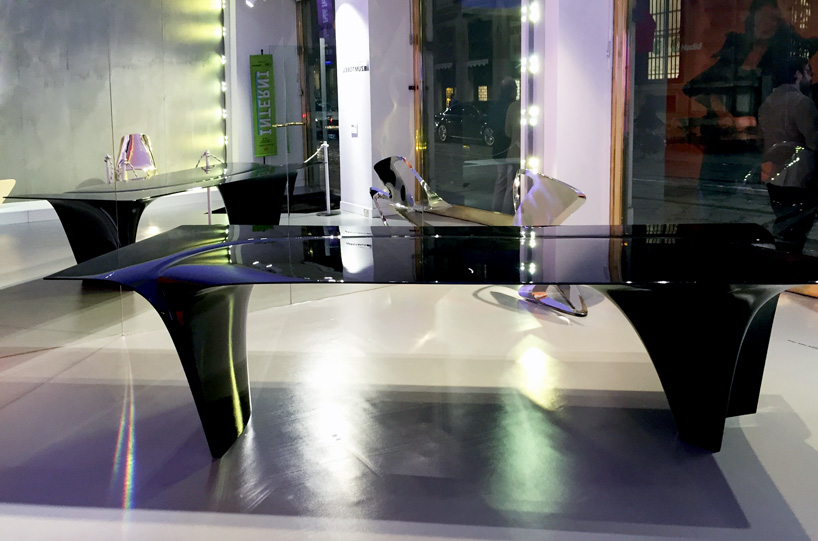 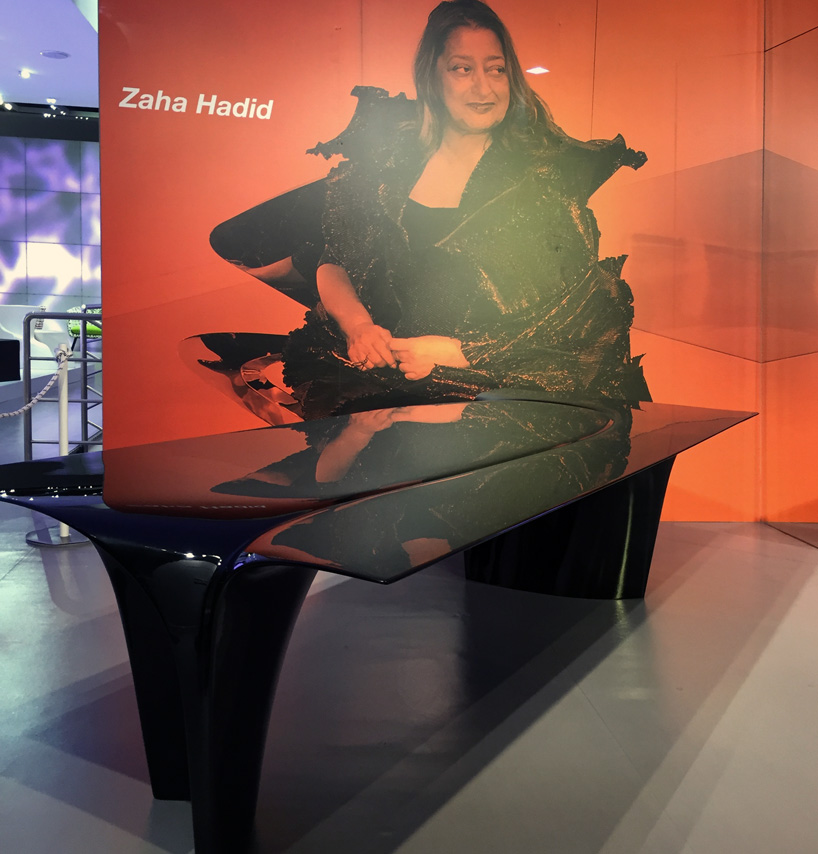 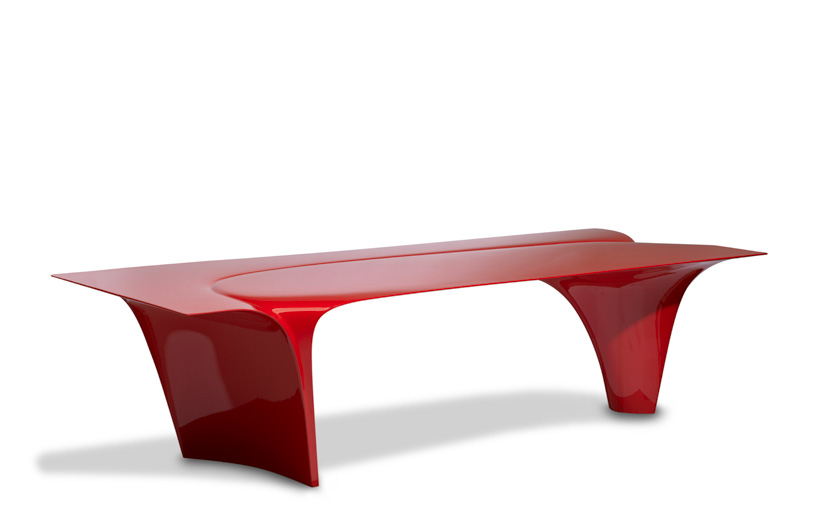 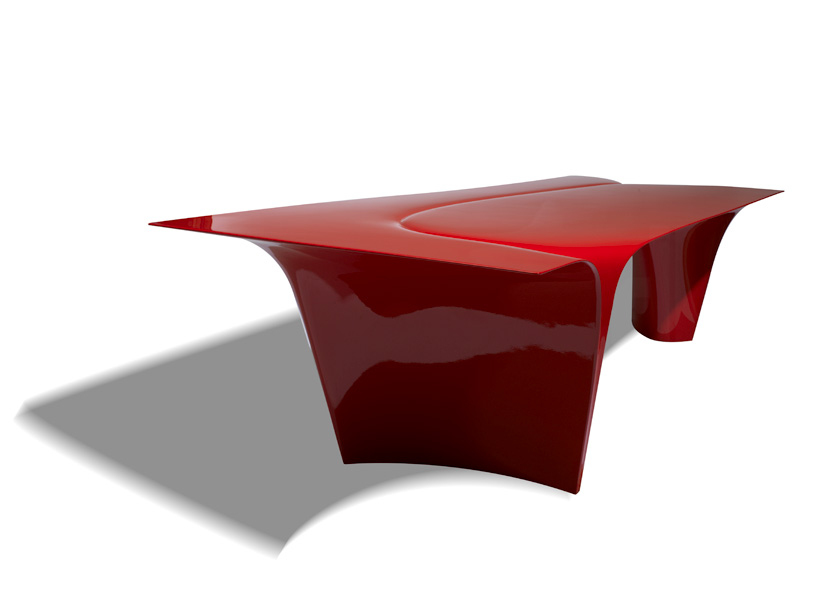 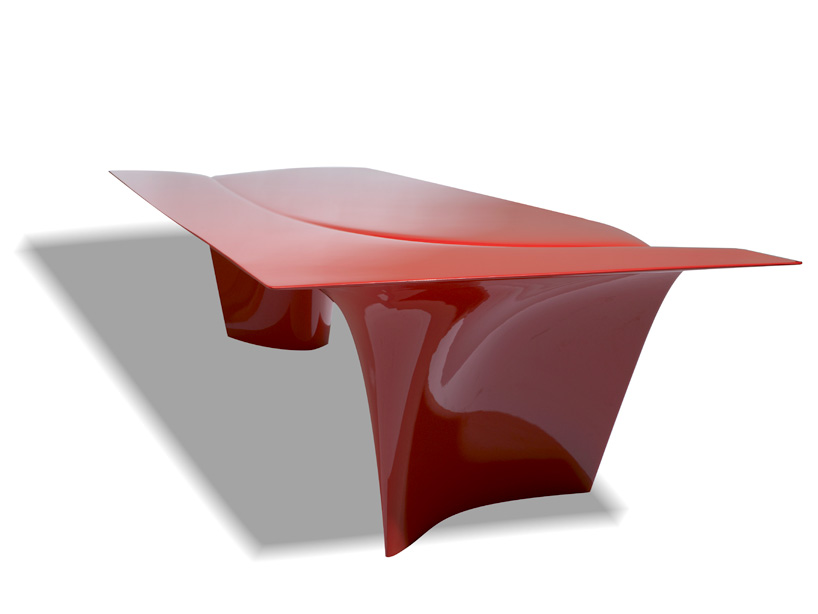 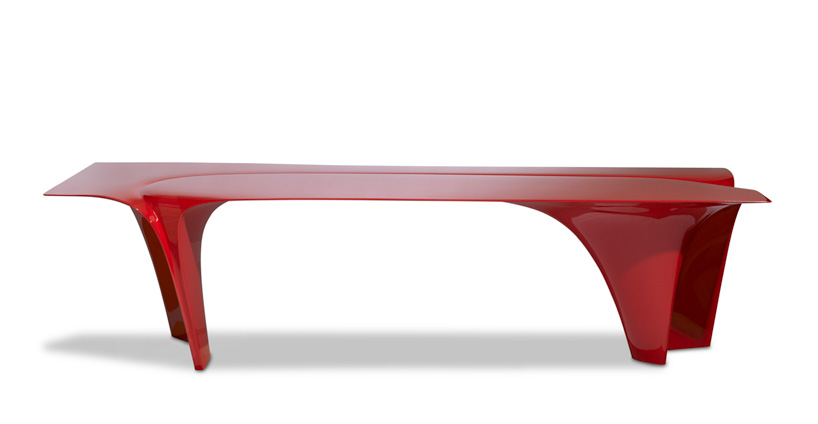 profile of the ‘mew’ table
image courtesy of sawaya & moroni 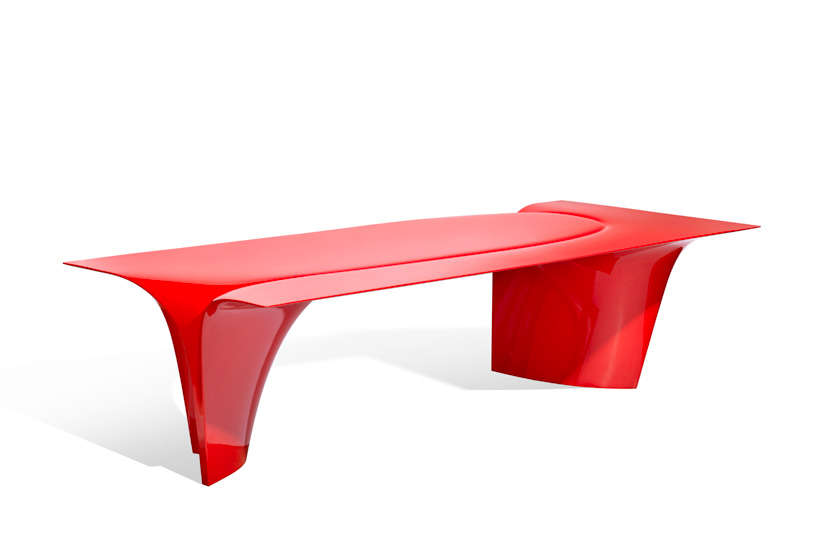 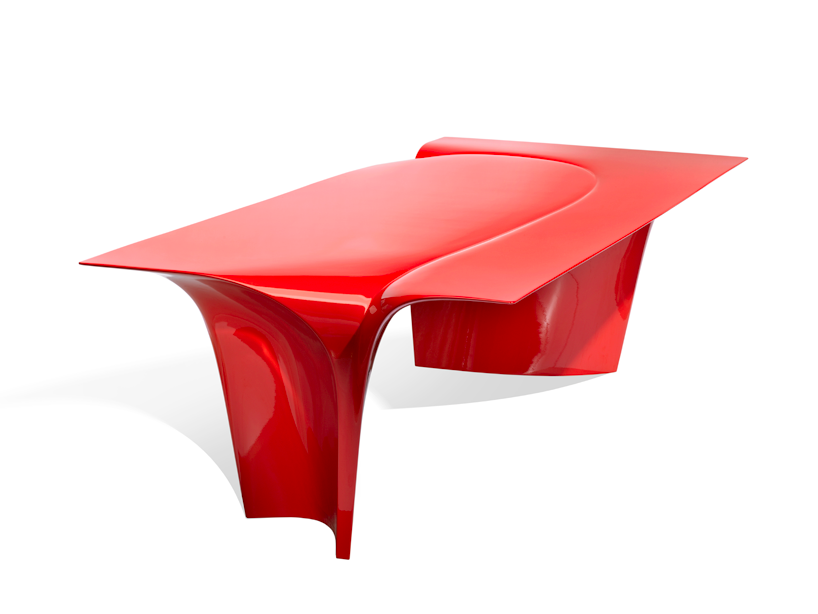 May 09, 2021
unfolding the art of pleating: history + techniques that have fascinated the world of fashion
human touch, tradition, experience and entrusted knowledge is still very much at the heart of this painstaking and time-honored craft.
design
455 shares
connections: 78