for one of his latest creations entitled ‘COFFIRE’, zhekai zhang explores using discarded coffee grounds as a sustainable method of coloring porcelain lights. inspired by ancient pit firing techniques for pottery making, the project intends to create an ‘imperfect’ product that forms a relationship between industrial standardized production and craftsmanship. the result is a series of reddish, marble-effect pendant lamps, each one having its own unique pattern of swirls and textures. 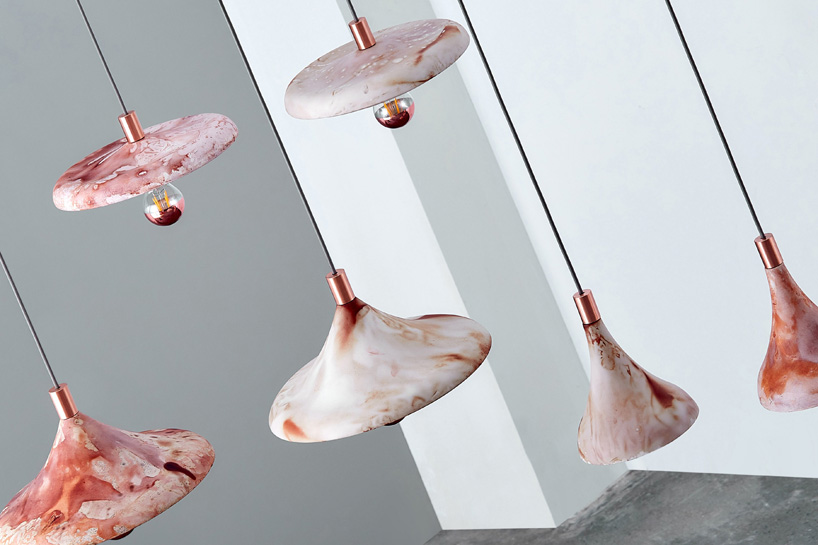 all images courtesy of zhekai zhang

the process developed by zhang involves a low-temperature firing process at 700-1000°c. the COFFIRE pendant lamps are made from high-quality porcelain clay in jingdezhen. after firing, the body is white, bright and glossy and feels smooth and delicate. the interaction between the biodiesel and the sugar in the coffee grounds, which oxidizes to red matter, forms a random texture on the surface of the ceramics (the surface texture is influenced by many variables, such as temperature, humidity, coffee grounds density, etc). 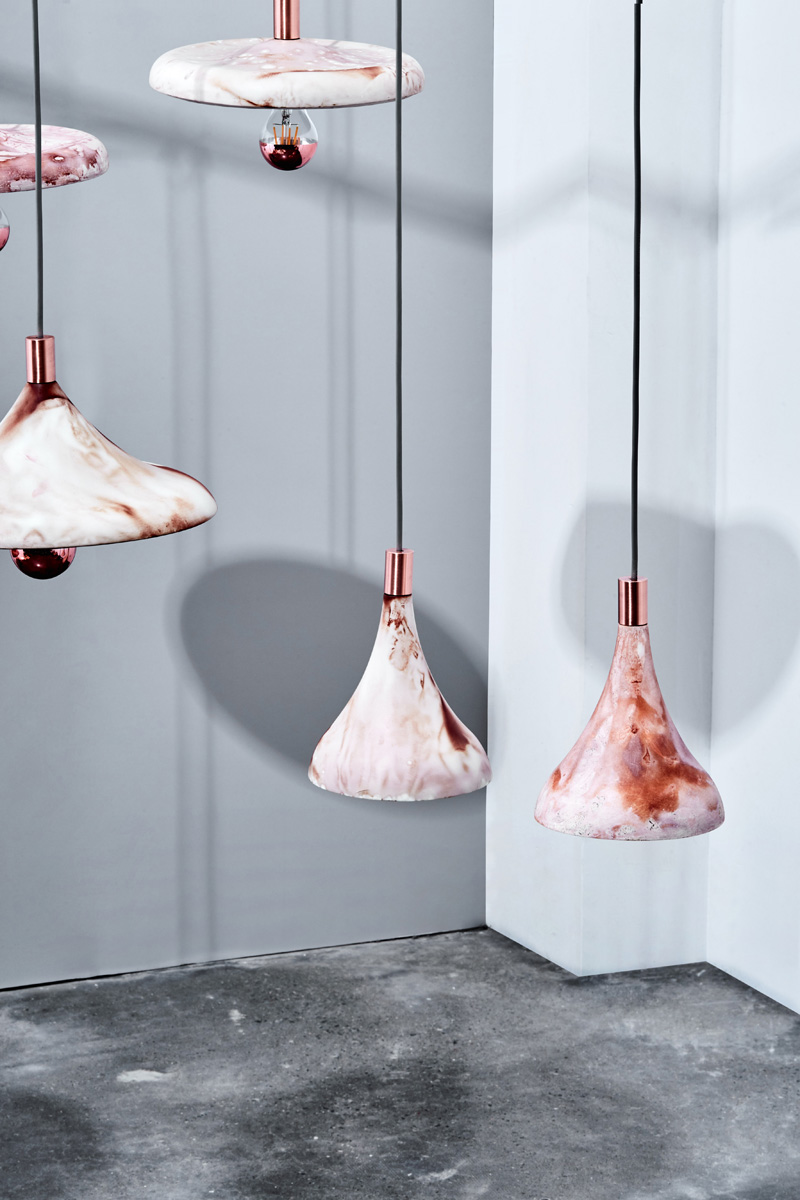 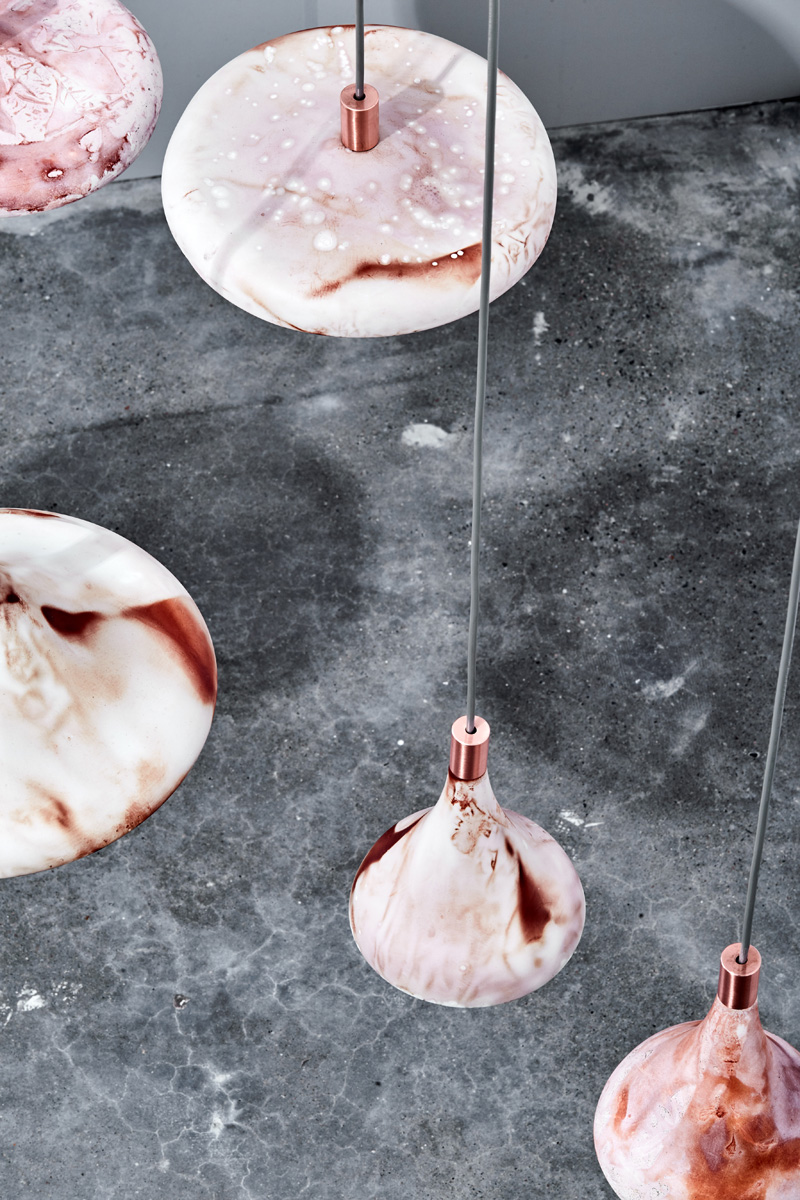 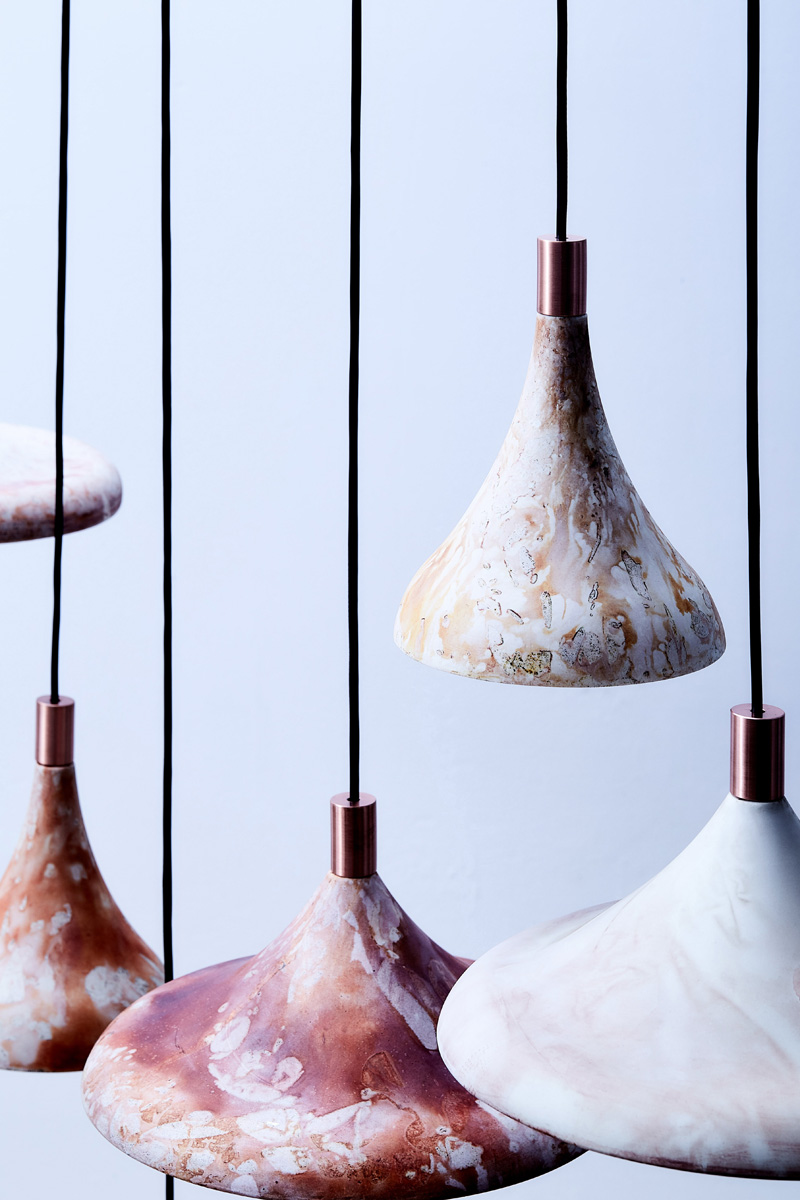 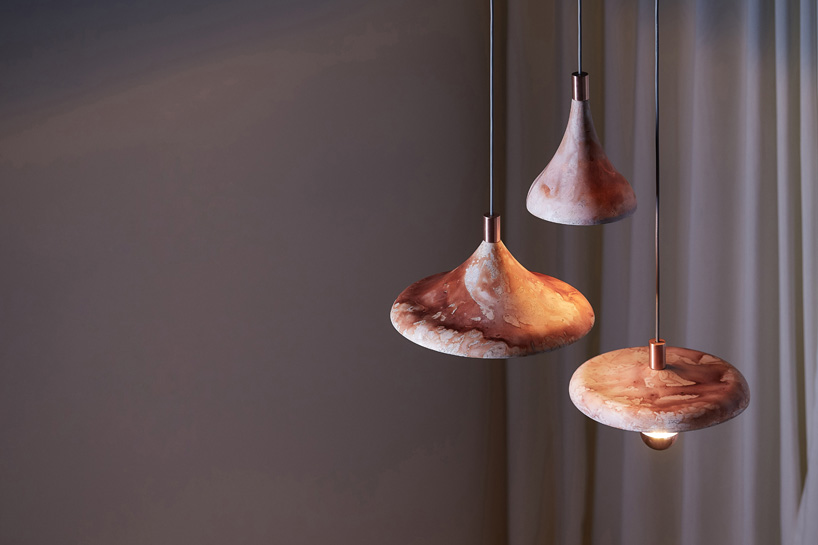 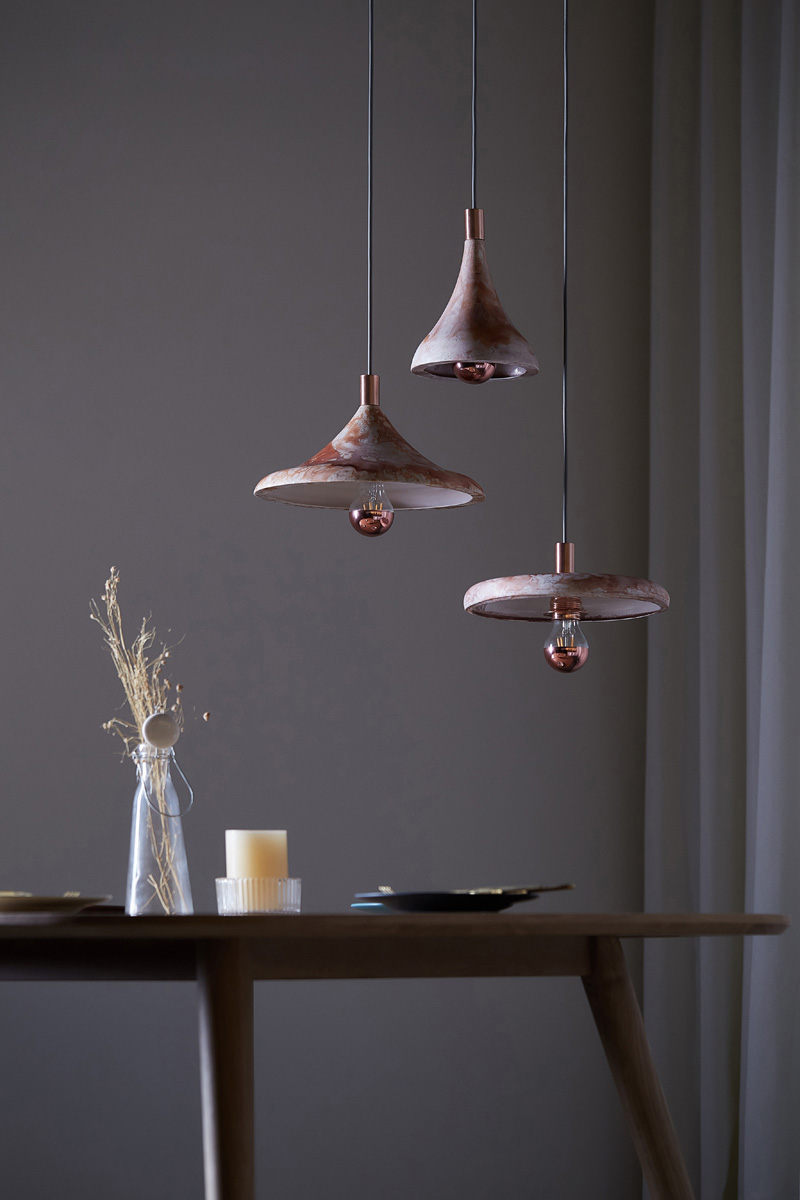 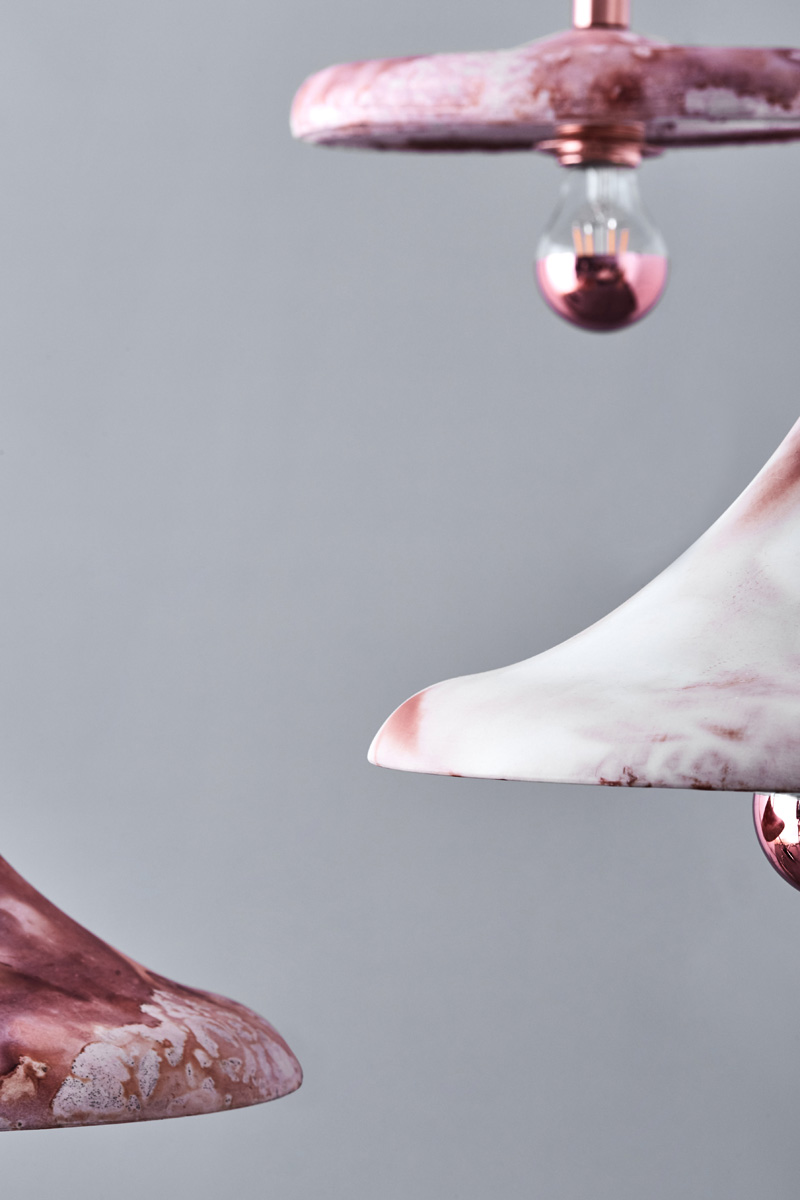 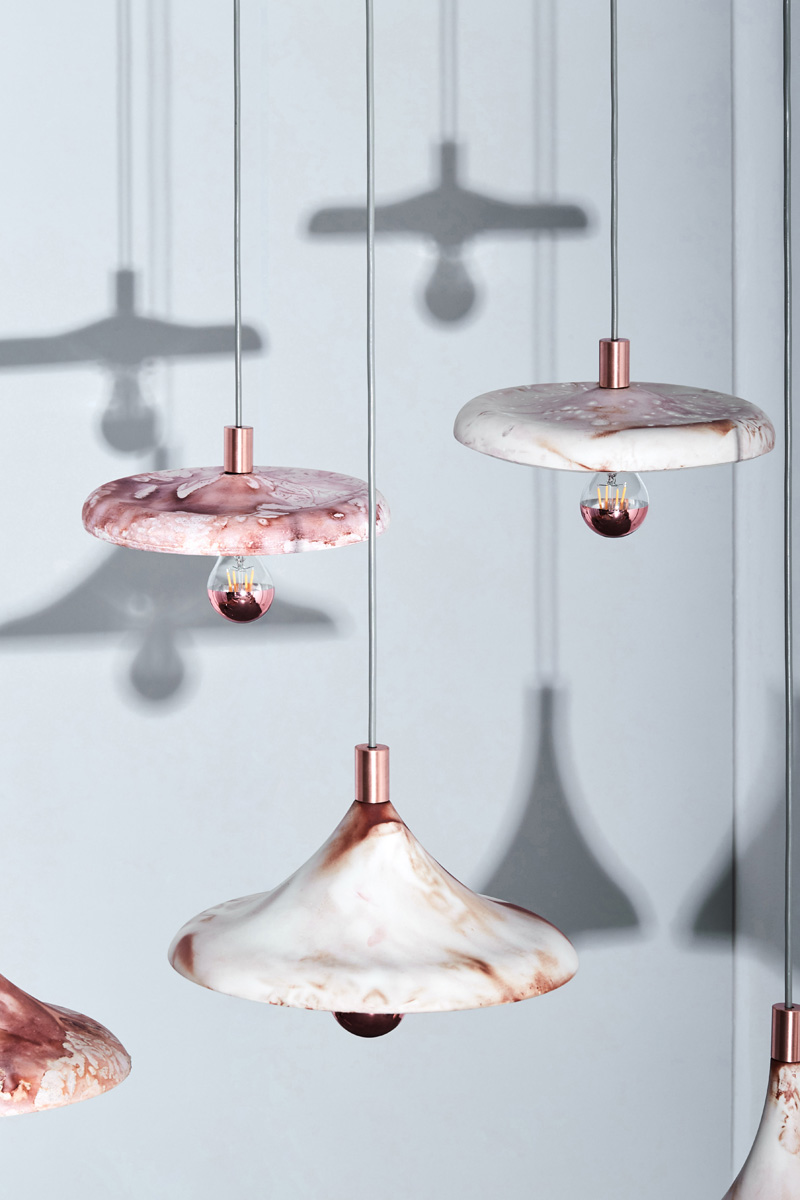 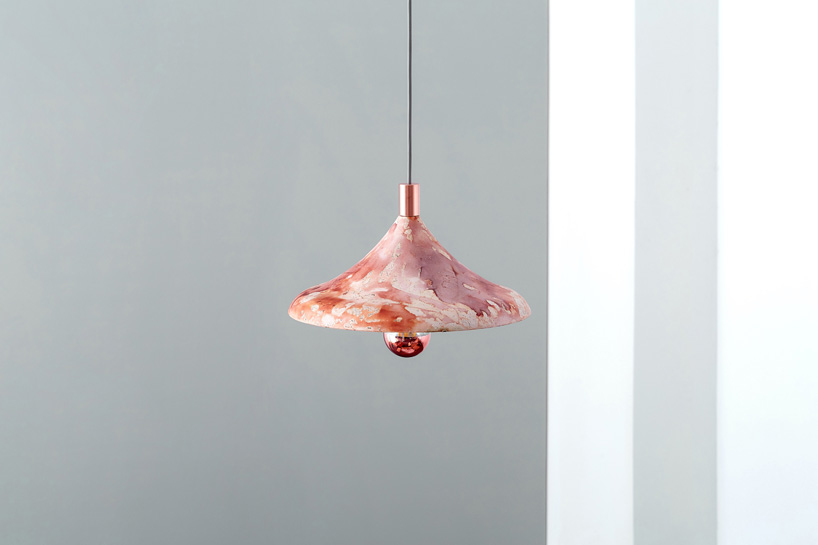