parisian architect anthony authié of zyva studio teams with merle flügge and job mouwen of dutch-german design studio ‘supertoys supertoys.’ in response to the ongoing COVID-19 crisis and era of climate change, the group envisions a post-anthropocentric world along with a new conceptual furniture series entitled ‘arctic monkeys artefacts 4020.’ the playful collection of organic forms occupies a snowy world — the archaeological site of an imagined extraterrestrial society somewhere on the uninhabitable earth in the year 4020. 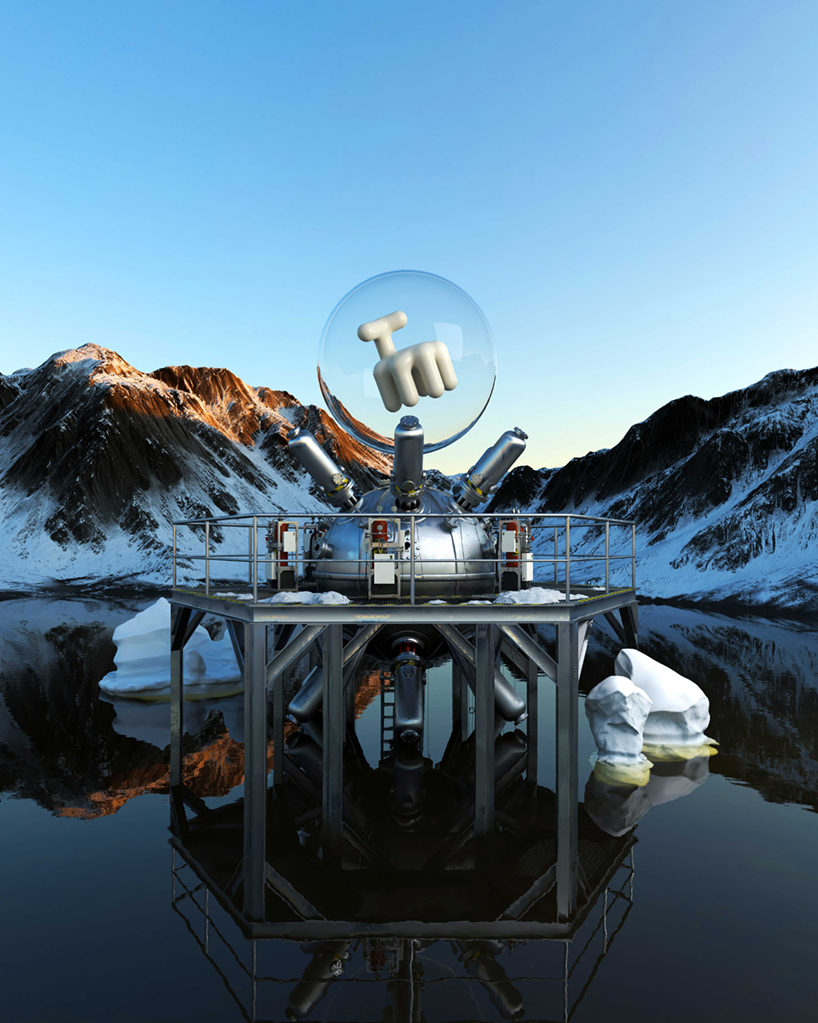 with the fantastical series ‘arctic monkeys artefacts 4020’ by zyva studio and supertoys supertoys, humans become the ‘non-inhabitants’ of the post-crisis planet. a desolate landscape is occupied by fleshy objects under the gaze of industrial research machinery. the team elaborates: ‘the furniture pieces can be seen as diagnostic artefacts indicative of a cultural group with a radical philosophy formed in the age of postmodern-animism, an era just after the COVID-19 crisis where objects became subjects. where all relations, including those between nonhumans, exist on an equal footing with one another.’ 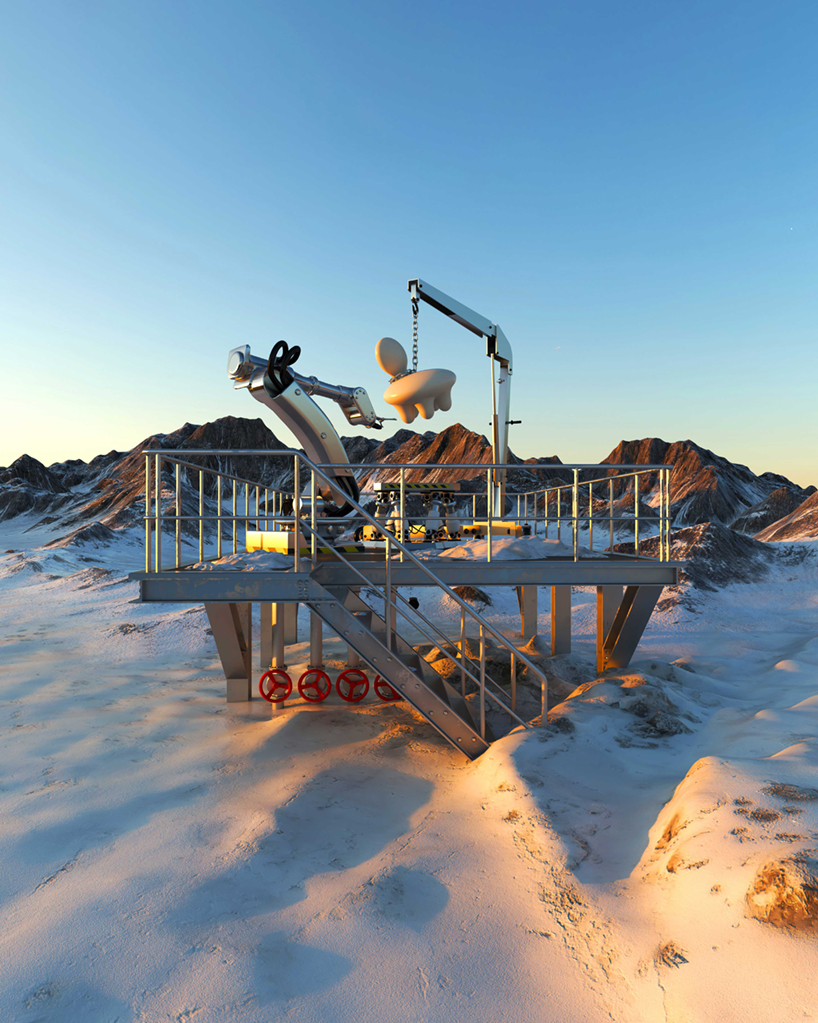 with the collection of scenes, the design team seeks to express humanity’s soft nature against its machine minds. the precise, industrial machinery of the extraterrestrial archaeologists contrasts the soft, round formal language of excavated human-made furniture showing the deepest true human nature. mechanical, systemized, and robotic forms are paired against those that are playful, intuitive, and organic. the team elaborates on its process: ‘taking clues from sci-fi movies like spielberg’s ‘AI’ and fritz lang’s ‘metropolis,’ and stories such as antoine de saint-exupéry’s ‘le petit prince’ the designers feel that we are trapped in our ambition, our love of- and our pursuit of desirable things. but these same desires, ambitions and especially love of things might likely be our strength in combating the imminent threats to our habitable world.’ 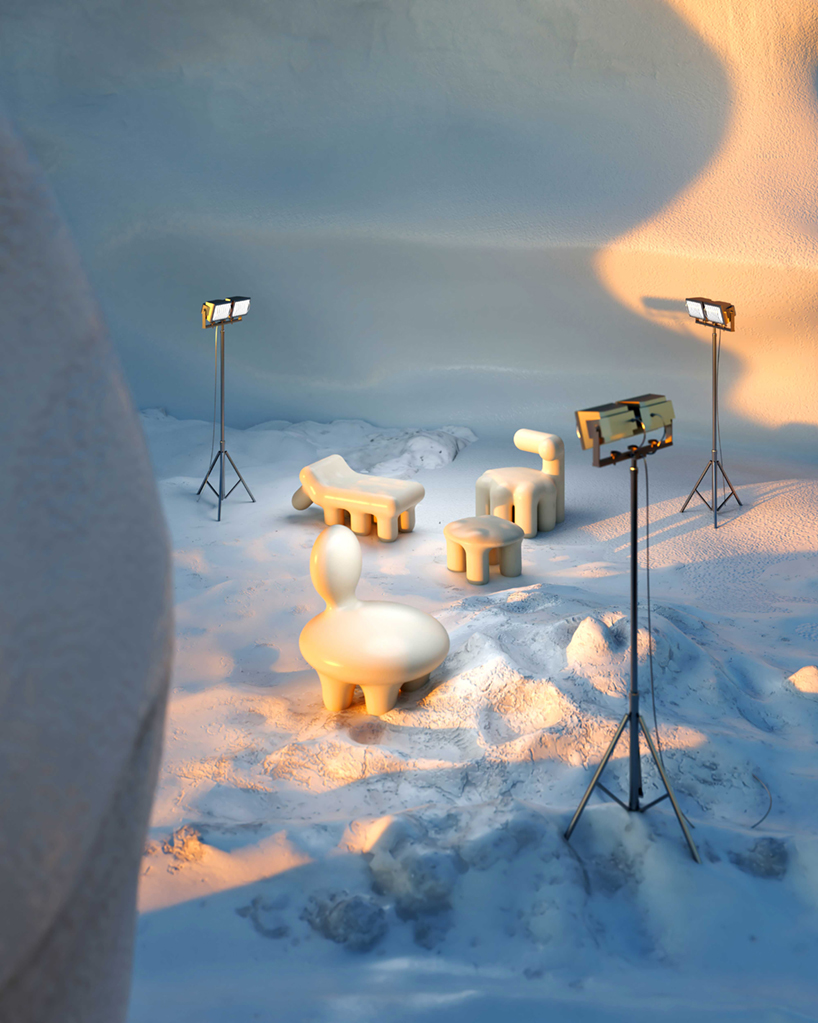 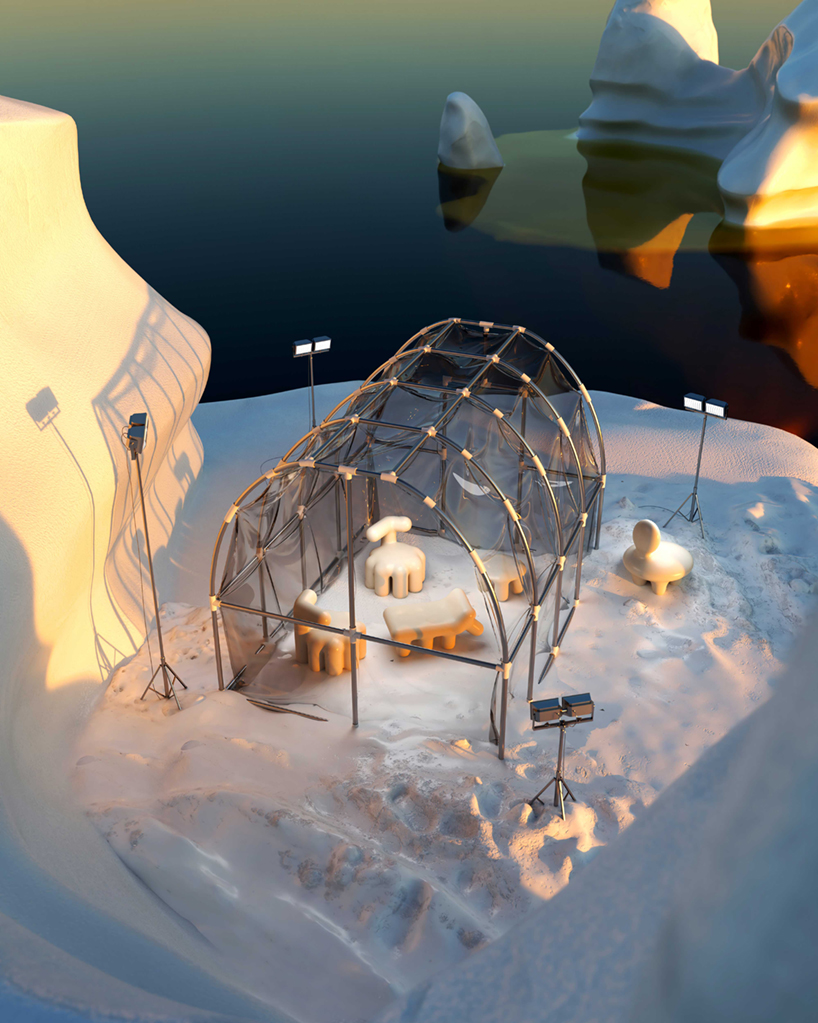 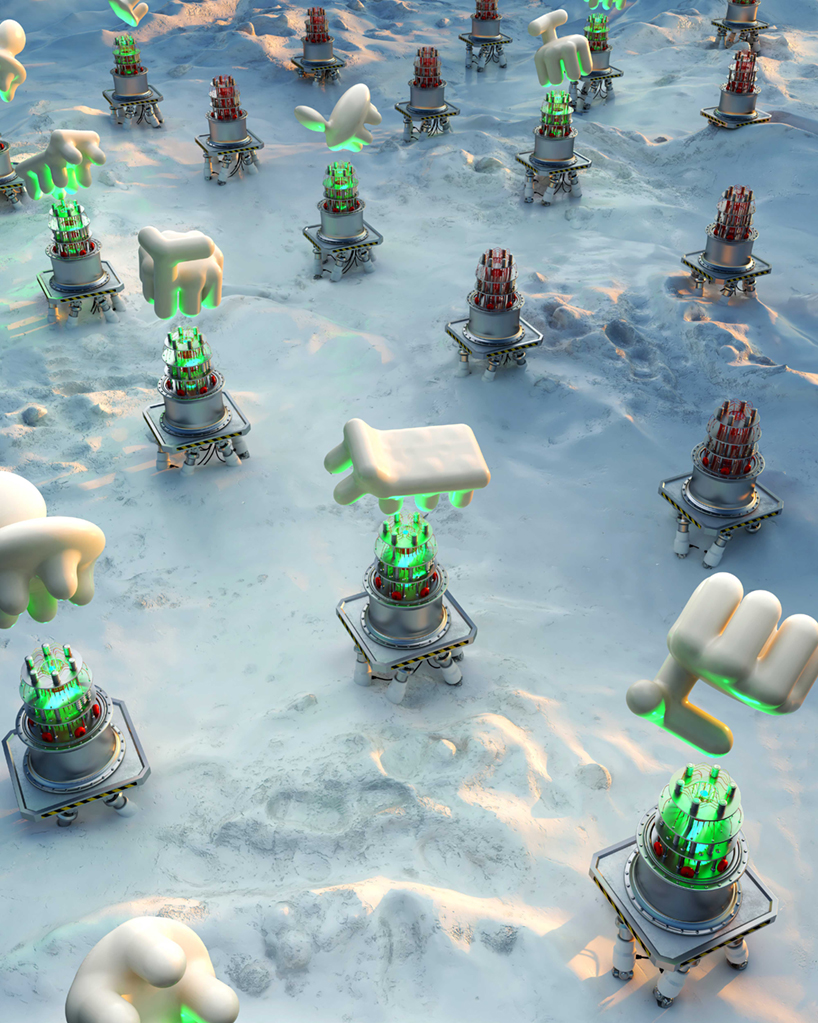 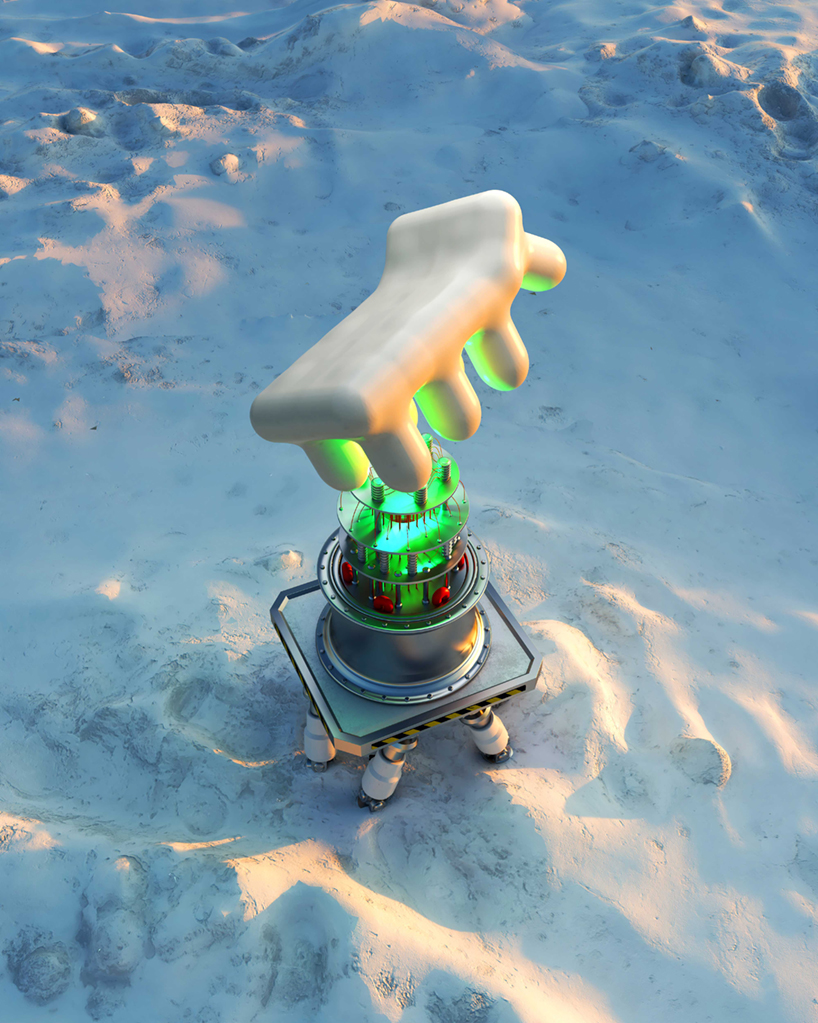 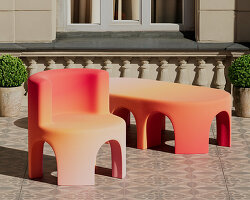 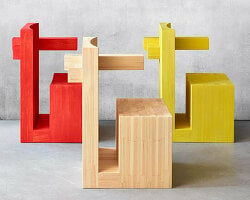 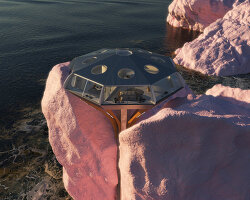 Feb 02, 2023
birgit lohmann steps down as designboom’s editor-in-chief
birgit has led designboom's editorial and cultural direction for 23 years, since its founding in 1999.
design
0 shares