yesterday prosecutor marcio schusterschitz of sao paulo, asked a judge to ban the sales of toys with fast-food meals in outlets across brazil. he stated that the toys sold with meals at chains like mcdonald’s and burger king lead children to develop bad eating habits.

the move comes amid wide-spread concern over the link between some fast food and illnesses such as diabetes, as the U.S. congress considers requiring chain restaurants to disclose calories on their menus to help fight endemic obesity. 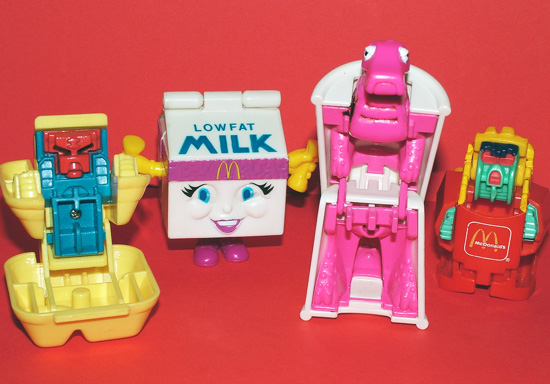 ‘fast-food toy promotions encourage children to buy high-fat meals through the abusive creation of emotional associations – that turn them into life-long eaters of high-fat foods. it is necessary to remove toys that are used to leverage the sale of food that has little nutritional value. the meals offered are promoted with the clear objective of increasing juvenile consumption of fast food.‘ marcio schusterschitz

a judge will decide whether or not to hear the request, which targets combination meals offered by mcdonald’s, burger king and brazilian chain bob’s that typically include hamburgers or chicken nuggets, french fries and soft drinks.

— later this year designboom will hold a ‘design-aerobics: food course‘, which looks at the many relationships between food and design. find out how to enrol.

May 04, 2021
jacques herzog on architecture as a karmic discipline + shaping cities for friedman benda's 'design in dialogue'
in an hour long conversation, the founding partner of eminent architectural firm herzog & de meuron spoke about his firm’s practice and legacy, and the cultural role of the architect today.
design
548 shares
connections: +210