dirk auer recently established a new world record when he raced down a 860-meter wood roller coaster at the trips drill theme park, stuttgart in under a minute. he achieved an average speed of 90 kilometers per hour on his custom-built skates. 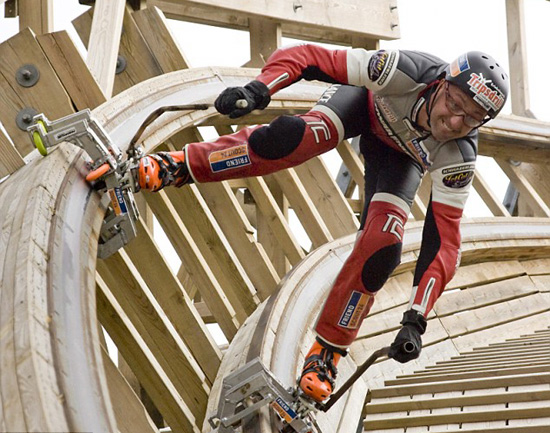 the 36-year-old german darevdevil admitted he’d placed his life at risk by performing the stunt ‘this was a very dangerous stunt because there were so many factors to consider – if the skates were to catch a stray nail then I could have fallen and I would almost certainly have died.’

more images and details of the story can be found here.