what is the best moment of the day?(o osgerby / b barber)o: cycling to work in the morning. having about half an hour to empty your head before you get to work.b: for me it’s swimming. I’ll go for a swim in the morning. it just makes me wake-up. I haven’t had one this morning, that’s why I feel terrible. (laughs)

what kind of music do you listen to at the moment?o: really a mixture of all sorts of things.b: some classical, some french, japanese. o: mmm… what’s particularly been playing at the moment? soko?b: there’s a french girl called soko that’s pretty good. and recently, the old electrolane album (a band from england). 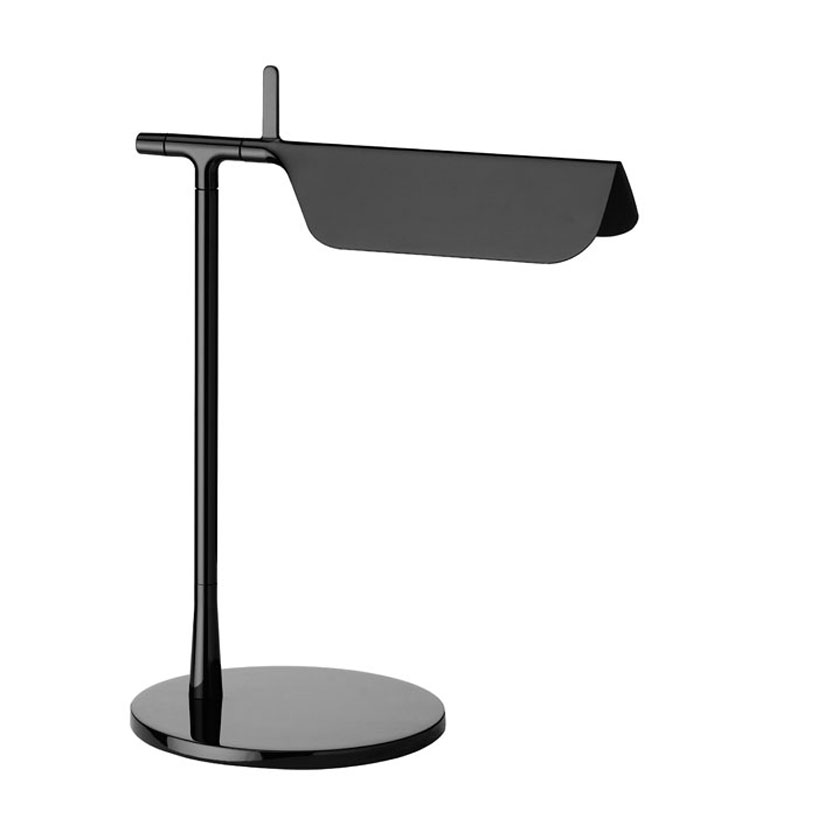 ‘TAB’ lamp for flos, 2008see the presentation in tokyo, at yamagiwa

do you listen to the radio?b: radio 4. it’s absolutely the best radio station in the world. it’s just full of amazing information, all the time.o: non-stop news and amazing documentaries.

what books do you have on your bedside table?o: I’m reading a book called ‘the dark room’ by rachel seiffert, which is about the stories of three germans affected bythe second world war. b: a william boyd novel called ‘restless’. a spy in the second world war. a bit of an espionage thriller. 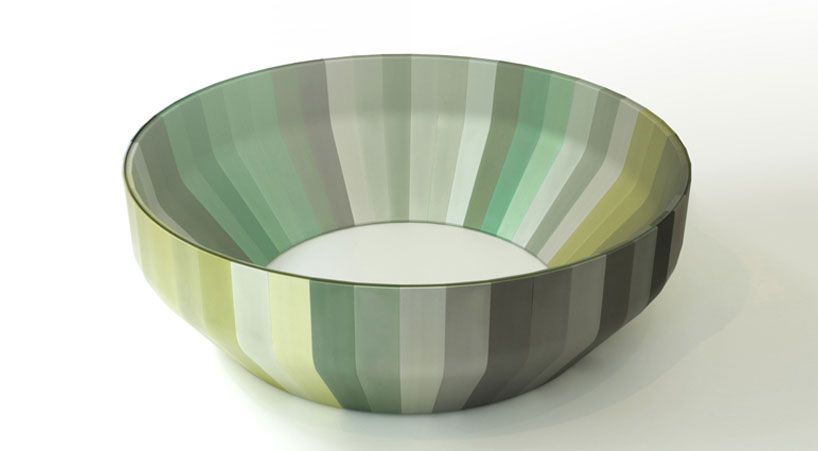 ‘iris’ table for established & sons , 2008the series features five tables, each with its own specific colour spectrum.

do you read design / architecture magazines?o: occasionally. I mean you kind of look at them really, more than you read them. but, I guess we do see them.b: when you’re traveling a lot, you’re going to see different manufacturers, so wherever you go, there are always magazines. in between meetings and hanging around, you somehow end up seeing most of the magazines. in terms of reading them, not really, no.

where do you get news from?b: radio 4, BBC world. 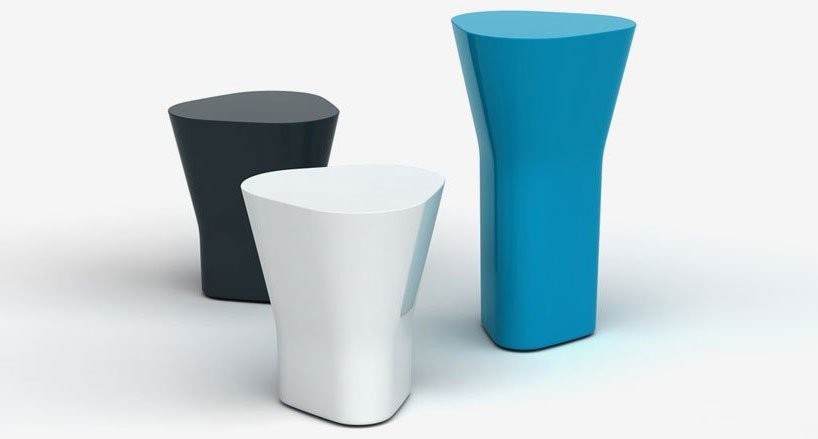 I assume you notice how women dress.do you have any preferences?b: I don’t know about preference, but it’s very clear when someone knows how to dress. it’s not about expensive clothes. it’s just how they put things together. I think a woman is obviously sexier when she’s dressed in a feminine way.but it’s difficult. I mean, there are so many different ways to do that.o: it kind of depends quite a lot on the temperature, but I think…not fussy. kind of casual, relaxed.

what kind of clothes do you avoid wearing? o: we tend to avoid flamboyance.b: large patterns! (both laugh)o: large patterns are particularly bad for me.b: and flared trousers!o: you like stripes though don’t you? big stripes? fat ones? (laughs)b: no, no. 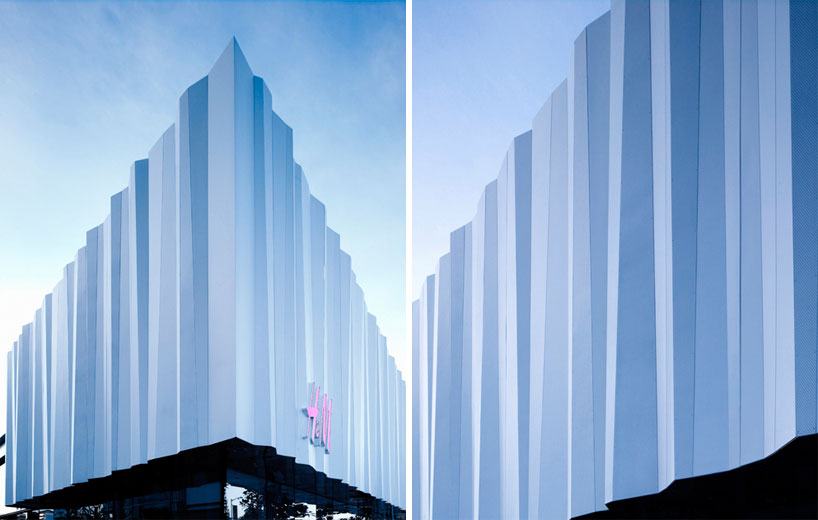 do you have any pets?no, we don’t like pets.b: I suppose when you live in a city, it’s really an annoyance. if I lived in the country, I probably would have a dog, but…o: didn’t you used to have a tortoise?b: guinea pigs? no. I’ve never had pets. I don’t like pets because you have to feed, clean and walk them and…no. (shakes head)o: also, you can’t take them away with you when you’re traveling you see.

when you were a child, did you want to become a designer?o: not specifically. I knew I wanted to do something creative. probably be a painter or an architect, but I never realized it was going to be this…a designer.b: I knew I wanted to draw and make things, so I guess if you combine the two things together, you kind of are a designer, but I didn’t realize at the time.I used to do a lot of sailing and the boats had these amazing designs. just really simple, beautiful shapes. that’s what I wanted to do. 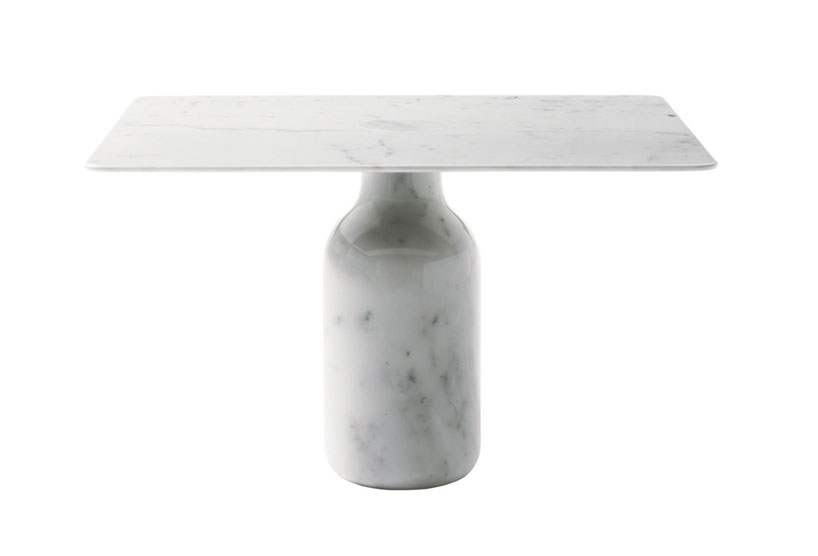 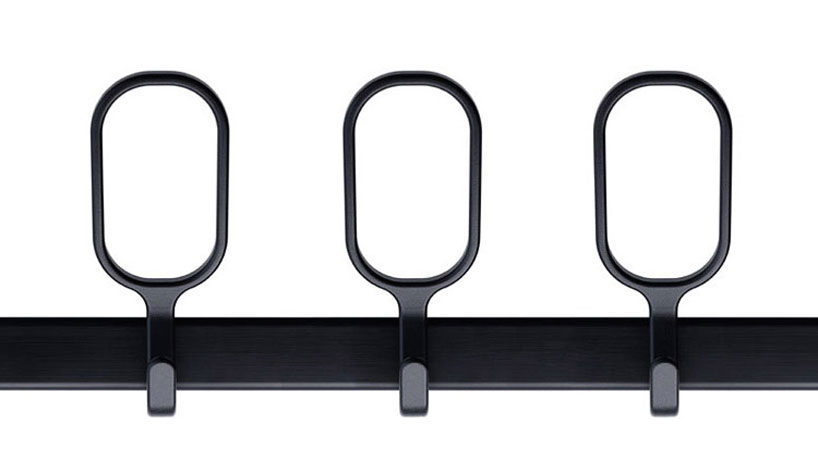 where do you work on your designs and projects?b: the actual start of the design is probably almost always out of the studio. we travel a lot, working with companies in different countries. it seems that when we travel, it’s the best time to work, because you’re away from all the other chaosand business side of the studio, so your mind seems freer. quite often we’ll sketch on a train, or if we’re on the airplane. that just seems to be the best time.o: certainly that’s where the concepts tend to come from. then in the studio, there is the progression and development of the ideas. and then obviously, so much is done with the manufacturers themselves in italy, or in germany or wherever. that’s sort of the exploring part. but the ideas come from being away and opening your mind.

do you discuss your work with other designers?o: we don’t really talk about our work with designers outside the studio so much.b: not during the process, but afterwards. I think also because there are two of us, we discuss it between ourselves. rather than, if I worked on my own, I would want to discuss it with another designer for sure.so that kind of excludes other people’s input. 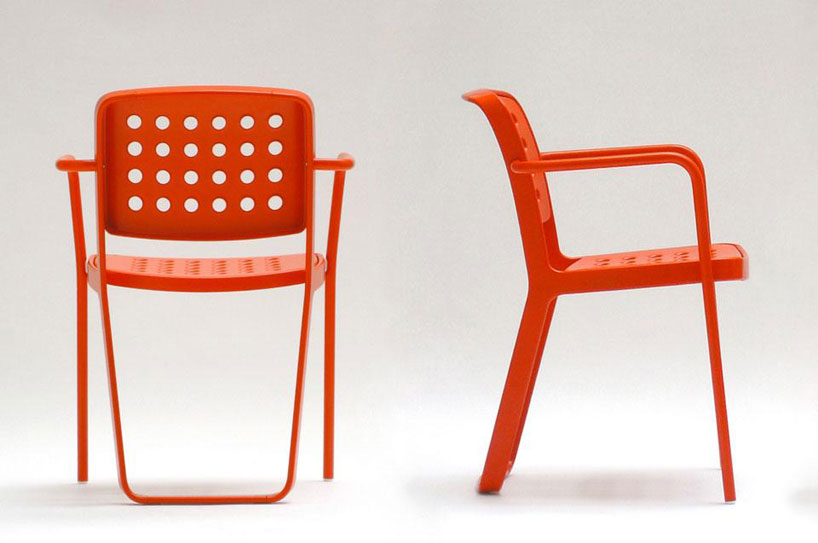 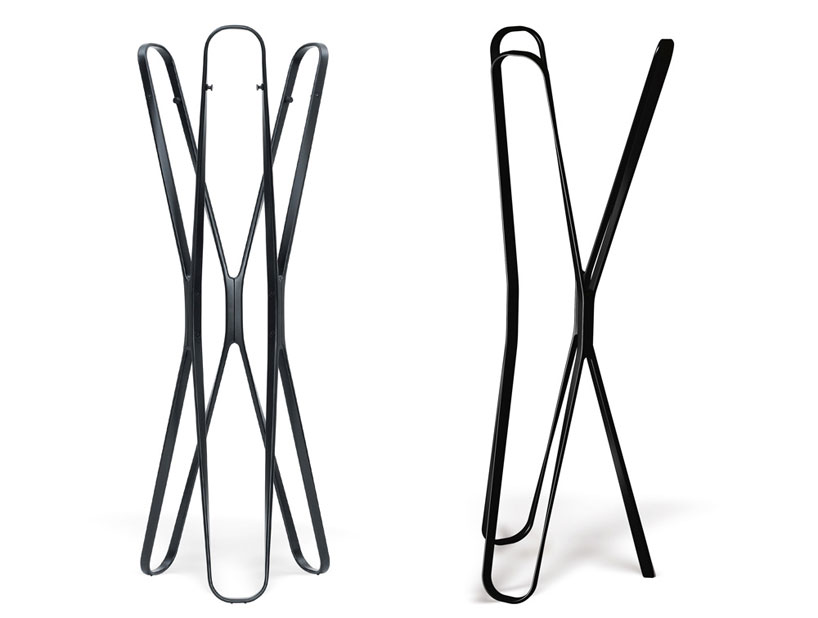 describe your style, like a good friend of yours would describe it.b: people say it’s elegant. people say it’s friendly.o: people also say it’s restrained. cerebral. these are things which people have said, but what I’d like people to say is a different matter! (laughs)no, I think most people think it’s pretty cool. but most of my friends aren’t designers, so they have adifferent level of appreciation. a different way of seeing things you know? which is probably a hell of a lot more healthy than the way we see it as designers.

please describe an evolution in your work, from your first projects to the present day.o: we both studied architecture at the royal college of art and design in london. then from there, we started making furniture, or wanted to make furniture, but we had no ability to. no workshop. but what we had was white card for making ourarchitecture models. all our early work really came from this model making background of working with card. it really lends itself perfectly to laminated plywood and working with sheet material. so a lot of ourearly work is laminated and formed in an aluminium steel.b: it’s 2D almost. it’s always folded sheet material, but actually that still carries through our work now.o: now, we work much more with different types of processes and materials, we contemplate projects using injection molding and die casting, but we’re alsoworking on projects with a maestro or a craftsman, so their making ability opens up new kinds ofhorizons for what is possible. 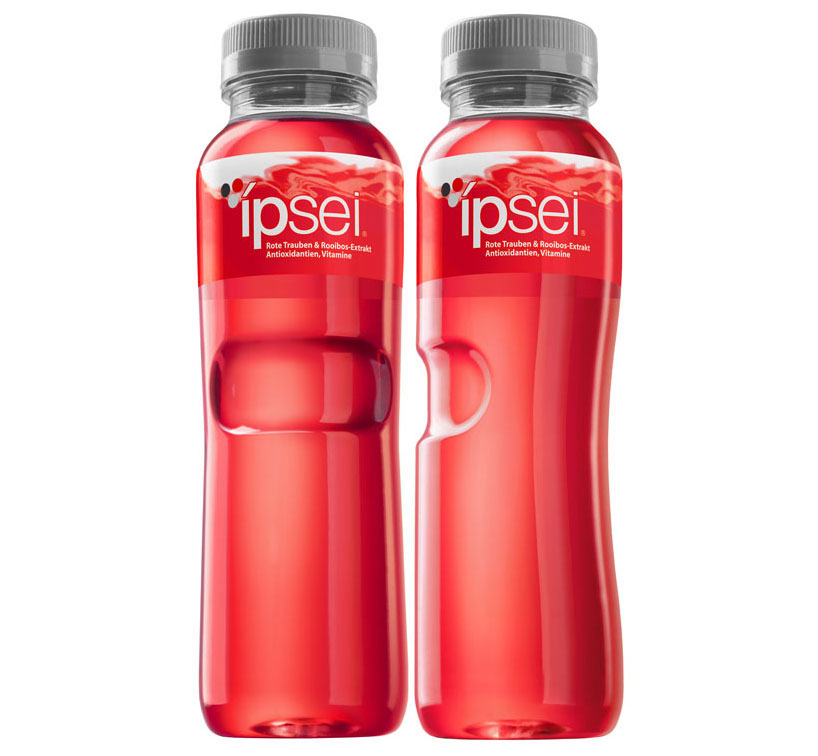 what project has given you the most satisfaction?o: a flos project is among the most satisfying. it’s been a long project – the TAB lamp. we started it three years ago.b: it encapsulates everything that we would want from a design project: the concept came very quickly, it’s honestand it’s a truly industrial product. it’s actually affordable and it’s available to a lot of people. it’s our first project that’s a retail product that is actually selling incredibly well. we spent many years designing furniture that was never designed to sell in mass production, but now this one is.

who would you like to design something for?b: to design a bridge. we want to get into engineering.a bridge is the perfect combination of functionality and sculpture.o: the idea of working with some fantastic civil or structural engineers would be good fun.

is there any designer and/or architect from the past, you appreciate a lot?o: achille castiglione is probably our number one hero, really. b: artists probably more so than designers.there’s a great sculptor, an american guy named tony smith who did really beautiful, simple geometric forms.o: michael heizer as well. his landscape work makes you re-evaluate your point of view, your perspective completely…and scale as well. he really turns things upside-down. in some ways, that’s so much more unsettling but more inspiring than another chair or another laptop case.b: and agnes martin. 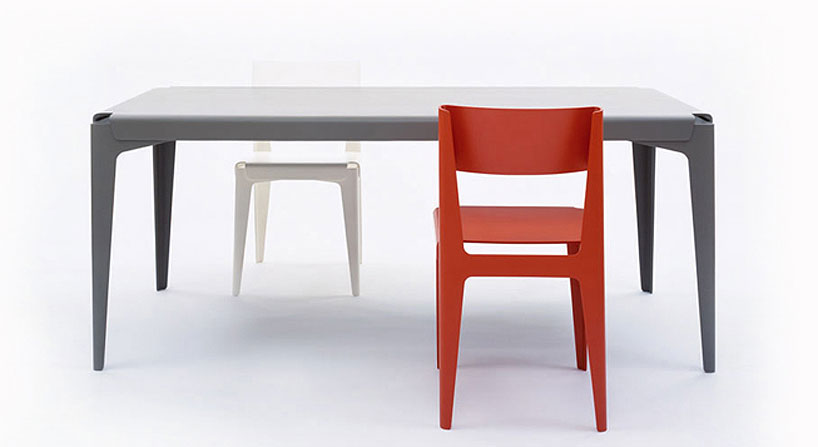 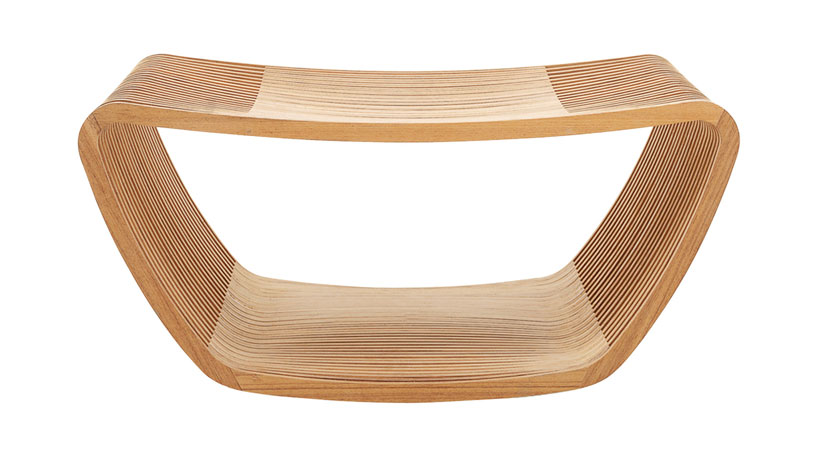 and among the more contemporary ?o: the people we probably admire are also friends now too,not castiglioni though, unfortunately, we never met him. that’s one of my biggest regrets. that we never actually got the chance to say how greatwe thought he was. sottsass too.

what advice would you give to the young?

b: keep working. work really, really hard. I mean it’s serious work! don’t study for too long. just get started and get working.o: I think so too. the most important thing is to get more experience. pester designers, not us! (laughs) other designers. go and get a work placement. it’s really the only real way you’re going to get ahead.b: and actually, don’t stop sketching. forget computersand just draw.o: yes! learn to sketch! that’s the number one thing. so many kids we see today just can’t draw anymore. it’s horrendous isn’t it? so I think, sketching. simple.

what are you afraid of regarding the future?b: I think running out of time to do all the things I want to do.o: yes, like traveling and designing stuff.