italian architect luca trazzi was born in verona in 1962. he studied architecture at university of venice where he became a university assistant and was awarded the carlo scarpa prize. he graduated in 1987 and moved to milano right away where he started to work with the italian architect aldo rossi, soon becoming his closest collaborator and participated in the development of several projects such as milan’s congress building and the new city center in kuala lumpur. after the death of aldo rossi he took charge of the project of ‘ca’ di cozzi’, a residential district of nine buildings in his own town verona. the collaboration with aldo rossi went on for over 15 years. later luca developed his own design and architecture work and eventually opened his own studio in 1993. his first designs were a collection of coffee cups for illy, followed by the francis francis X-series of coffee machines… he has designed lighting furniture for kreon, timepieces for swatch and housewares for viceversa, guzzini and WMF. he is currently designing a new chain of coffee shops for illy, and also working on supermarkets and department stores. in 2000 luca trazzi became co-CEO of designboom. 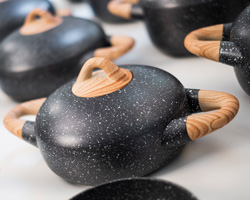 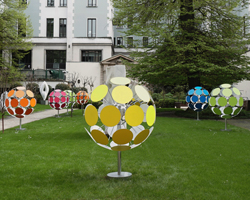 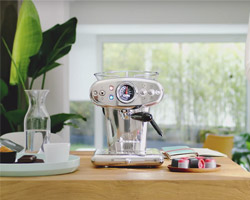 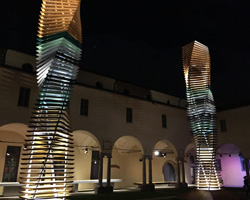 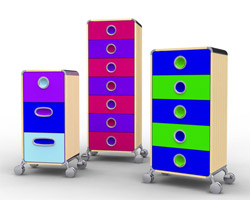