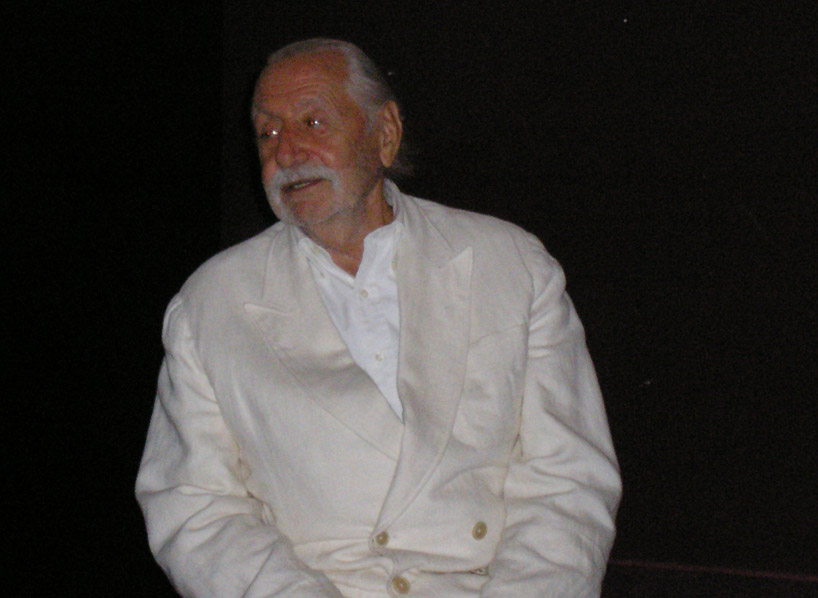 designboom met ettore sottsass in his studio in milan on july 9, 2000.

designboom (DB): what is the best moment of the day?
ettore sottsass (ES): never or all day.

DB: what kind of music do you listen to at the moment?
ES: classical or pop. 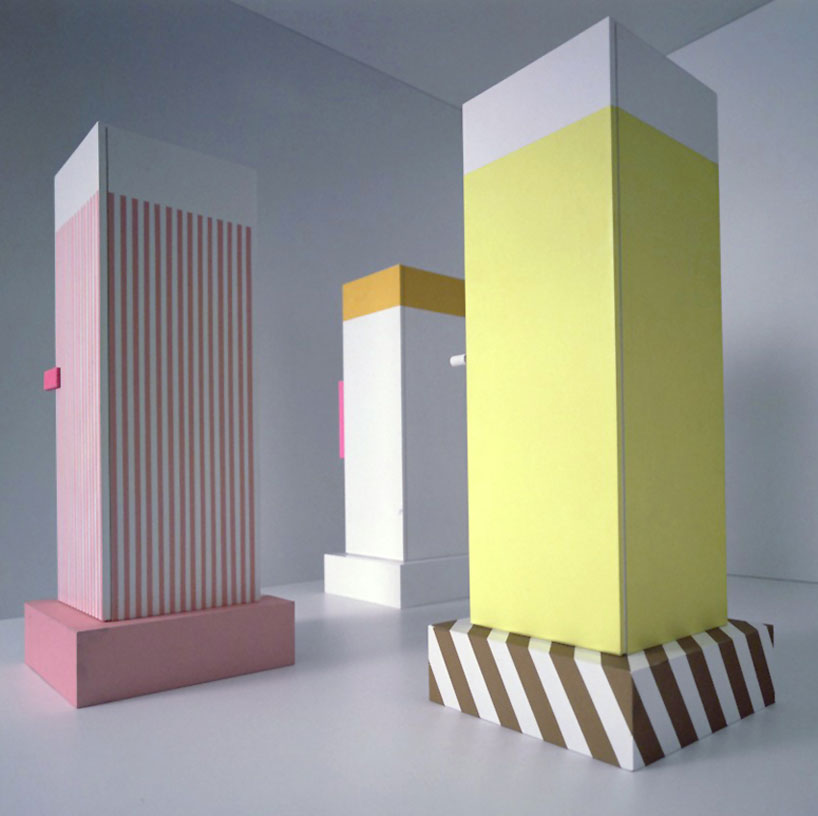 DB: do you listen to the radio?
ES: no

DB: what books do you have on your bedside table?
ES: a book on the philosophy of the vedas (ancient hindu texts) 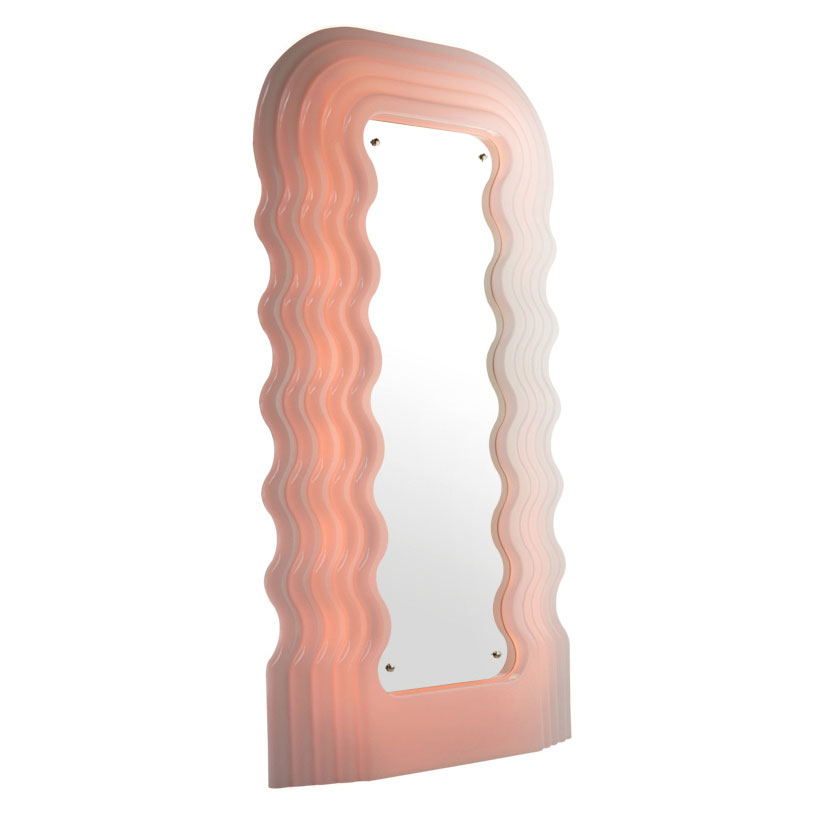 DB: newspapers? where do you get news from?
ES: usually I read la repubblica, although in general I avoid reading newspapers because they scare me. 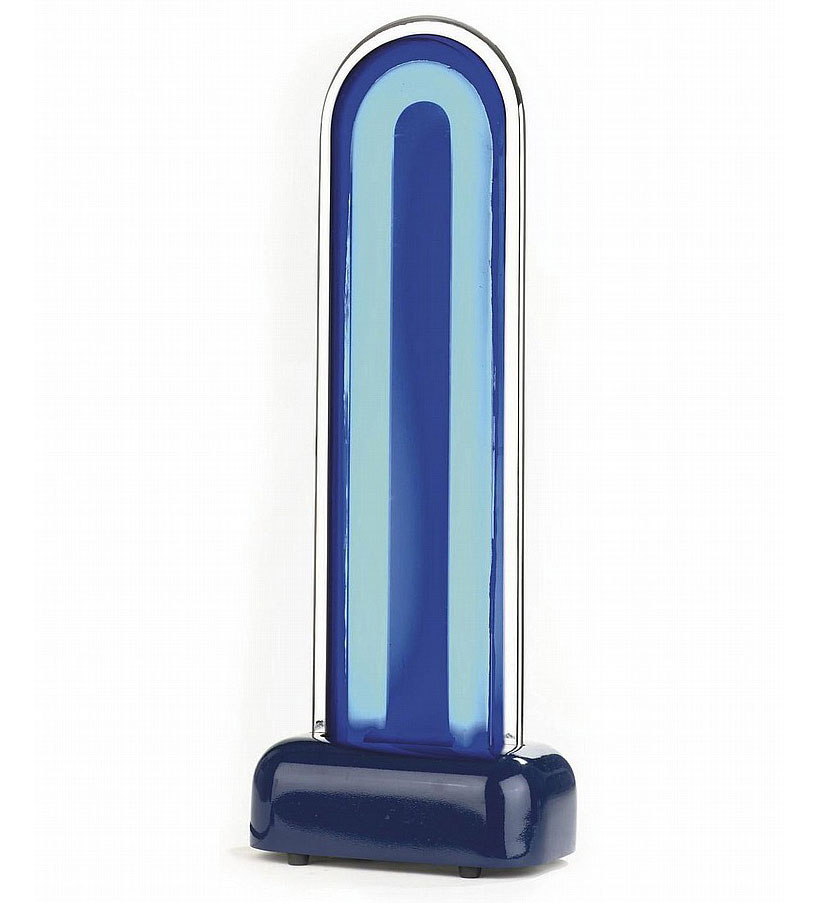 DB: do you notice how women are dressing? do you have any preferences?
ES: in order to understand a woman, first I look at her eyes, and then how she is dressed. we all have our preferences, they correspond to our conception of life in general. for example, I don’t like diamond jewelry, because I think that life is about other things. anyway, let’s drop it.

DB: what kind of clothes do you avoid wearing?
ES: I never dress formally, and this ‘french’ fashion is sort of snobby. during the beatnik years, I used to go to new york often, and we used to wear old clothes — but now those big department stores full of men’s clothes, like military and sailor’s clothes, don’t exist anymore. so, I go to armani. 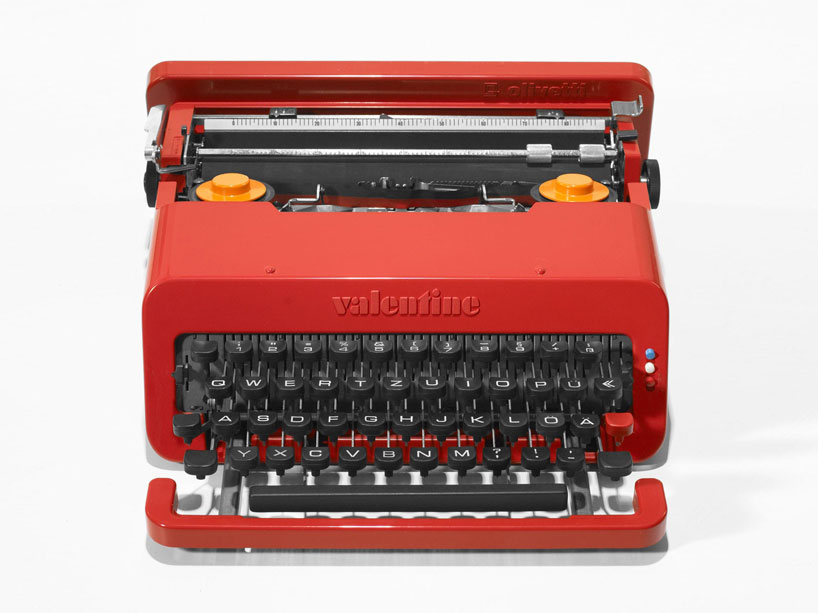 DB: where do you work on your designs and projects?
ES: I think of designs when I am in the bathroom, or on the phone, or sitting at any table. I don’t have any particular place, but everyone has a place they like more than others, where you feel calmer, which is home. I don’t design at my studio. there are too many people there. 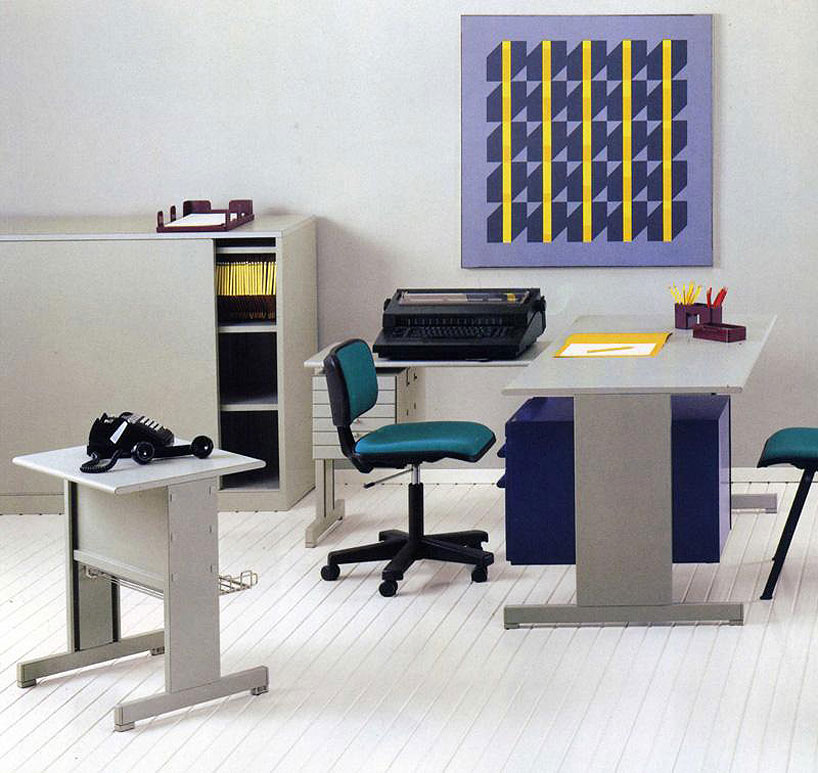 DB: who would you like to design something for?
ES: for a while, I have been describing myself as a designer/architect/theorist. I’ve been trying to understand what architecture can be. any subject is good, from a public bathroom, to a hospital, to a skyscraper, but nobody ever asks me to design a skyscraper, precisely because I am very interested in architecture, not in skyscrapers…

DB: when you are working, do you discuss or exchange ideas with your colleagues? outside the studio?
ES: no. 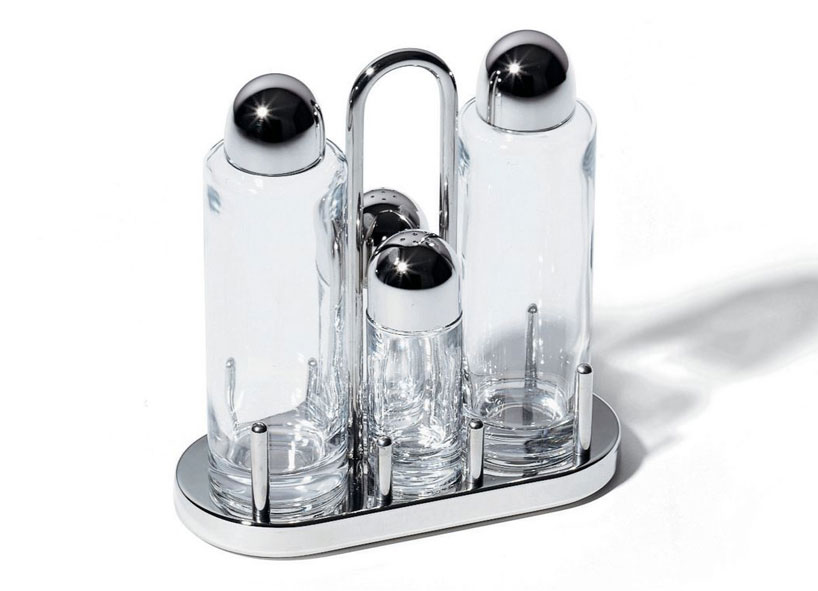 DB: describe your style, like a good friend of yours would describe it.
ES: I truly believe that our duty as an architect or a designer is to design things which attract luck, rooms which protect people…I don’t design things in any style, even less so in any fashionable style. I design things for life states.

DB: from ‘poltronova’ to ‘olivetti’ to ‘memphis’ to your latest works with sottass associati, can you give us an idea of the evolution of your philosophy?
ES: at the beginning, when I was young, full of presumption, theoretical, very aggressive, I was very tied to turn of the century functionalism — to the idea of functional style. but gradually I left that behind, because I found a new source of inspiration. from then on I began to try to figure out what I could be in terms of this society — the people, the necessity which surrounded me. ‘memphis’ was a sort of exercise in design, so was ‘olivetti’. they asked me to set up the design of the electronics division. at that time, electronics meant big closets. it was impossible to understand. besides the functionality, which I am still interested in, there was this mystery around electronics. I wanted to show that electronics were mysterious. that is the relationship between design and functionality — a more extensive functionality, a description of a certain conception of existence. this relationship has been, and still is, central in my work. 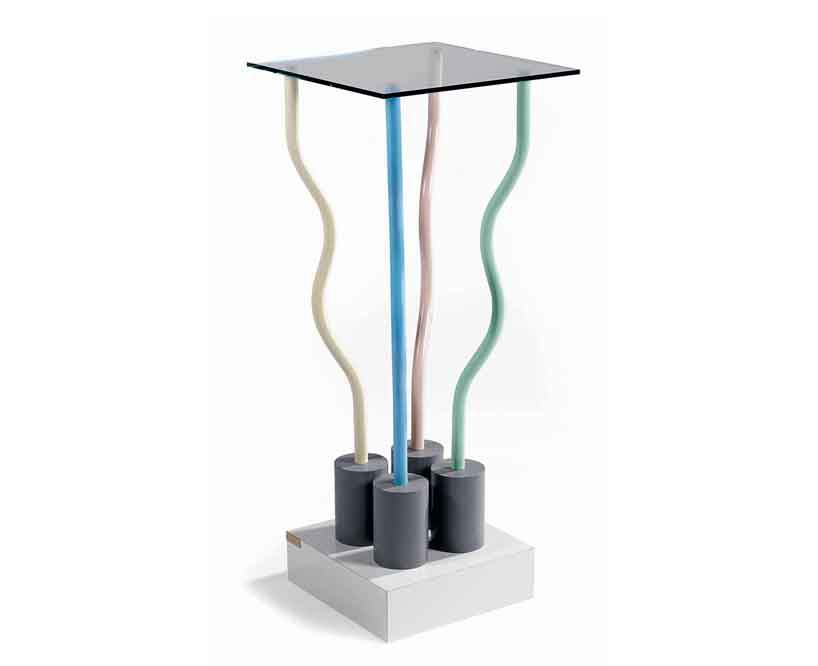 DB: which of your projects has given you the most satisfaction? and which do you like the most?
ES: I don’t know. life is a permanent project — it’s a passage from one thing to another.

DB: is there any architect or designer from past you appreciate a lot?
ES: le corbusier. the idea of functionalism with a mediterranean touch (a swiss who discovers the mediterranean): the walls are slightly sensorial, you can touch them (you can intervene), they are not like gropius’ german ones where you can’t do anything with them. he put toilets in bedrooms, you could see them. he understood that functionality was not only ergonomics, not only rationality, but something which went beyond them. it was functional to be a human being and to live. and then there’s also aldo rossi, certainly one of the most interesting architects. 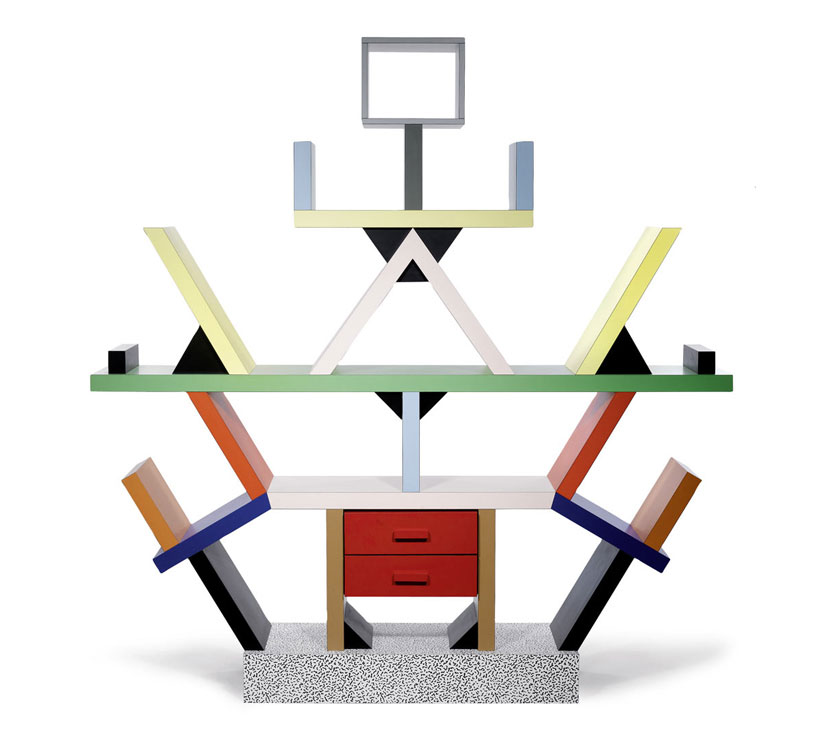 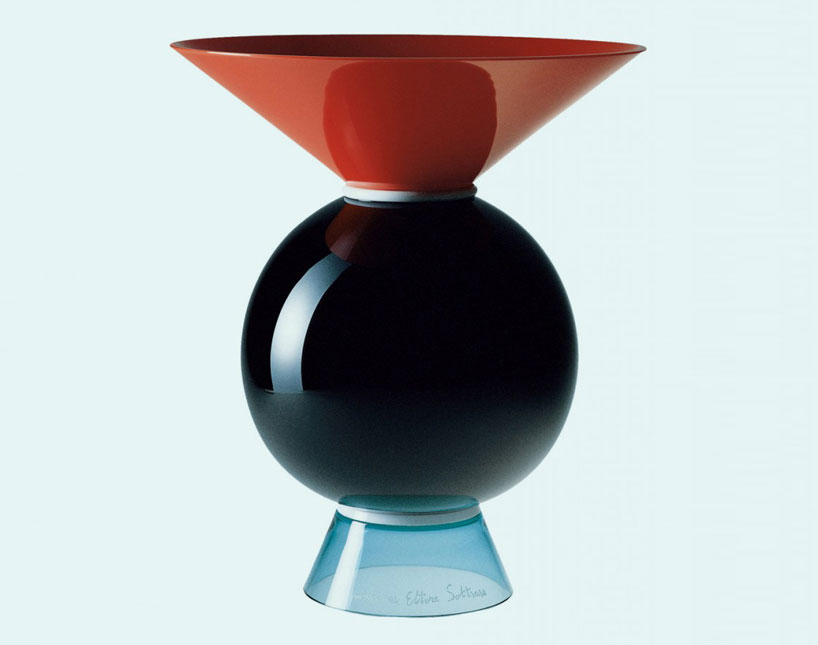 DB: what about colleagues, are there any particular ones you appreciate?
ES: there are a lot of architects, we’re all good.

DB: you have spent a lot of time in asia and you know the spiritual values of those cultures very well. do you think that they tend to fuse with our wasteful western culture, or do you think there is another possibility?
ES: the thing about asia which interested me wasn’t so much the spirituality, as the sensorial approach, the rituals. there is nothing spiritual in spirituality. the word spirituality was invented in the 19th century. I hate that word…it is finding a way to forget the existential disaster, it is a series of rituals, which correspond to the cosmos and they are rituals which depend on your social class, the weather, the relationship to animals — this interests me. I think that any attempt to integrate into the modern world can only be ‘pay attention to life’, existence, but not afterlife. 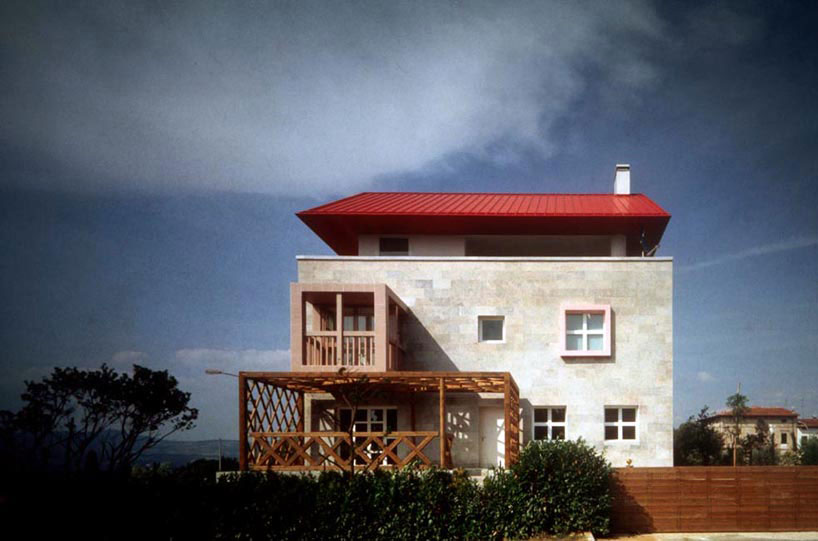 DB: what do you think about the spreading of knowledge via internet? do you consider it as a tool for sharing knowledge, or do you think it is a sort of ‘big brother’?
ES: I used to think of it as ‘big brother’: it is the most widespread form of colonization that has ever existed. internet, in essence, is western culture. anyone can have access to it…poor countries don’t even have the tools to enter into it. you sell the tools, who gains? and so on. the news is censored, it belongs to our idea of current western existence — the american way of life. if you put forward another idea, either they don’t listen, or they don’t understand, or they don’t tell you. on the other hand, I’ve also thought that this is the destiny of an industrial society: to survive it is necessary to sell, to sell you have to create desire, you have to create a culture willing to buy that stuff…internet is there. what we can do is see to what extent we can use it. I think it is interesting that information is spread over large sections of society, but does the quality of this information change? the quality has always changed, from the great religious empires to…I’m sick of people making rhetoric about these machines. the future is going to be wonderful, shining, and happy, because of the internet. 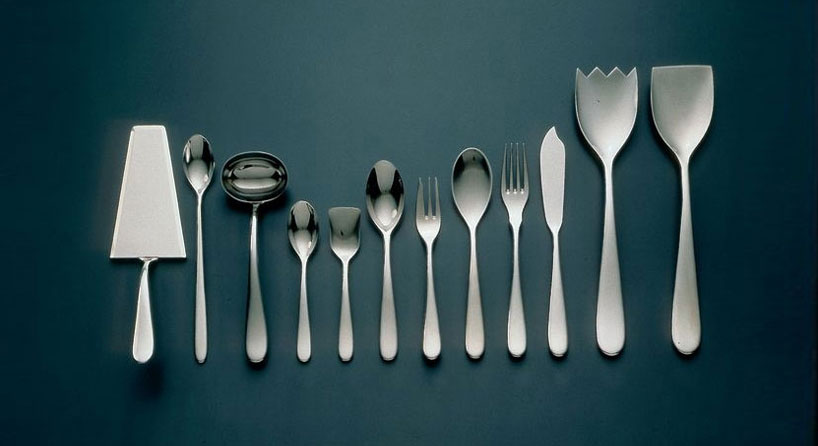 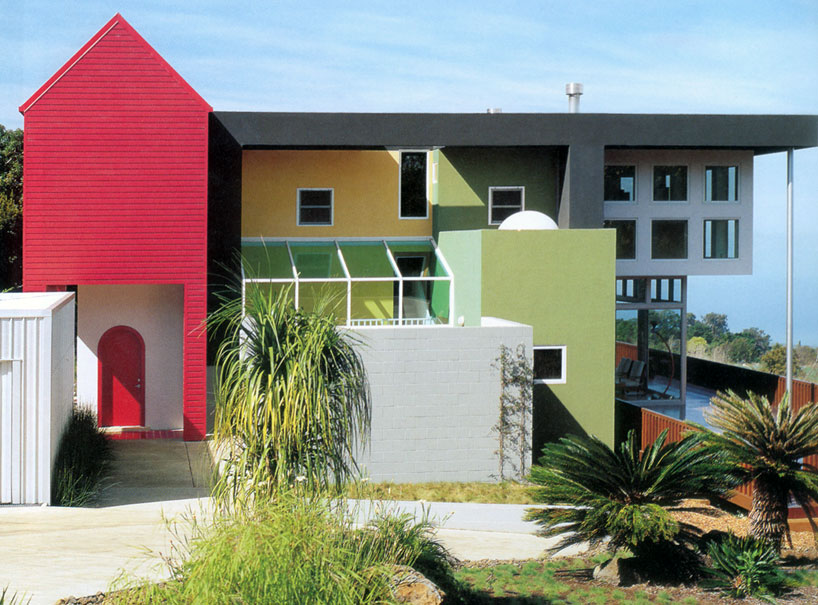 Jul 30, 2021
a giant snake moves down a massive staircase in this graffiti by SFHIR in portugal
dubbed the golden legend, the large-scale graffiti by SFHIR explores the opposition between a little girl and a king cobra snake.
art
776 shares
connections: +460