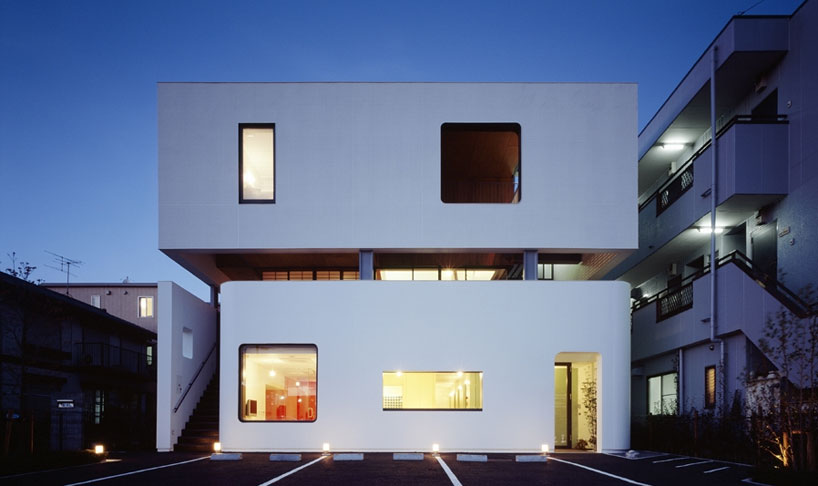 KCH whopper in saitama, 2006.the building accommodates a pediatric clinic on ground floor, and the clientfamily’s private space on second and third floor.a terrace is enclosed along the horizontal axis -the exterior is captured inside, protected from the bustle of the surroundings.the floating third-floor volume has the same proportion as the ground floorand comes with various holes that introduce sunlight to from a variety of angles.

I prefer to read novels on chinese history.

do you read architecture and design magazines? 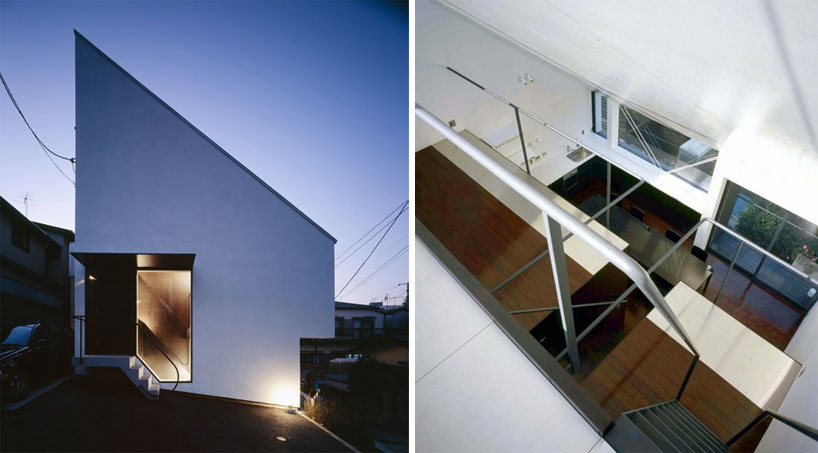 where do you get news from? Newspapers?

usually from TV and internet.

I assume you notice how women dress.

I do not have any specific preferences.I like clothing that fits. when women feel well in somethingthat they are wearing. 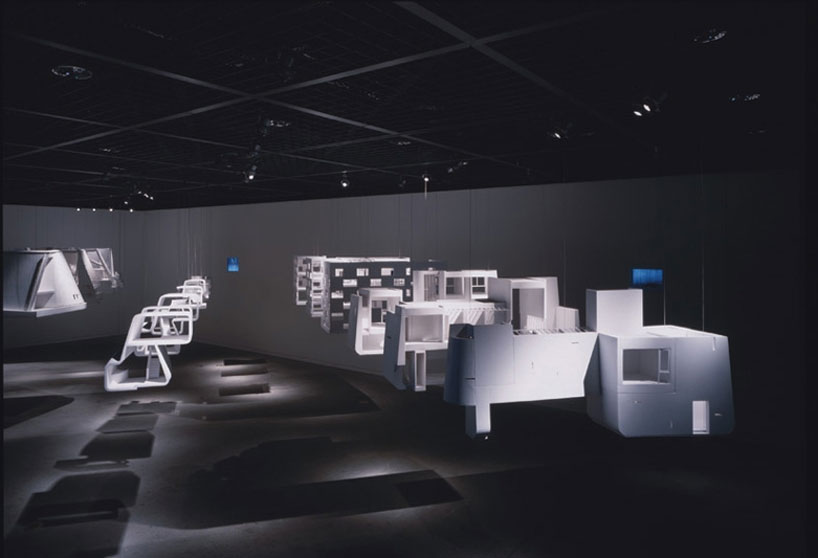 I do not wear horizontal strip patterns.

do you have any pets/ animals at home ?

did you always want to be an architect?

since I was a child, I always wanted to become eitheran architect or a thomas alva edison. 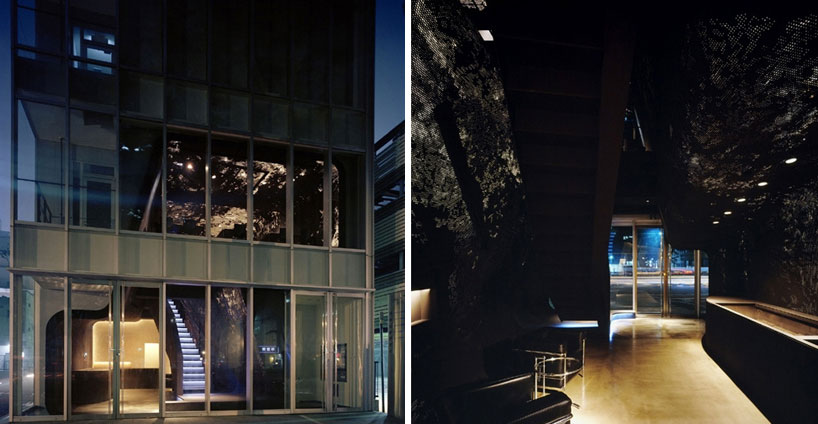 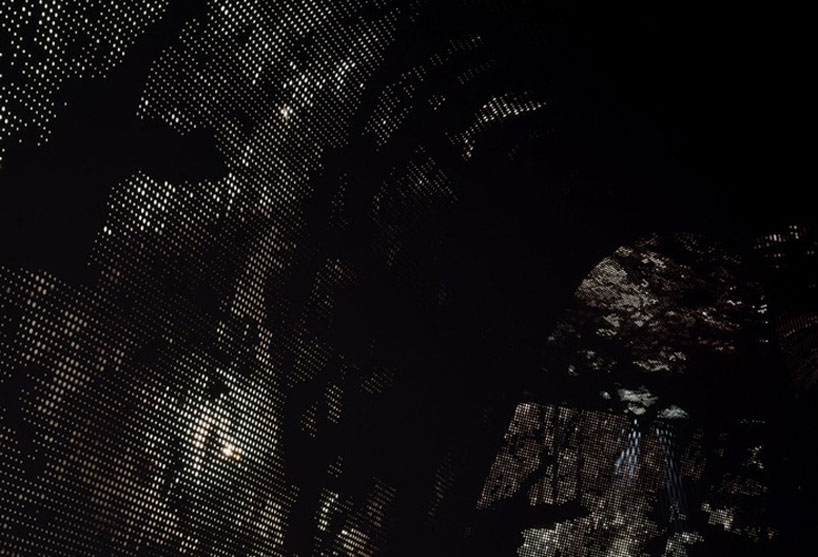 do you discuss your work with other architects

describe your style, like a good friend of yours

the surreal quality is present in most of your

buildings, and especially evident in the miyagi

could you summerize in a few words the

we wanted to express the openness of the universe.what we tried here was loosening the stadium-building-type,which has remained essentially unchanged since the romans.we thought we could loosen this rigidity by superimposingthe opposite kind of type.we simply reversed the stadium, and it became a hill.what are the visitors seeing, a hill or a stadium?a landscape or an architecture?we also did’nt want to maintain the circle shape of allstadium plans, usually regarded as strictly necessary forgood viewing. it is boring and it creates a strong senseof enclosure. in our project the circle became a swirl.also, we kept the roof size minimum, just covered the seats,which are of blue colour, fading gradually from dark blueto white to reflect the sky above. 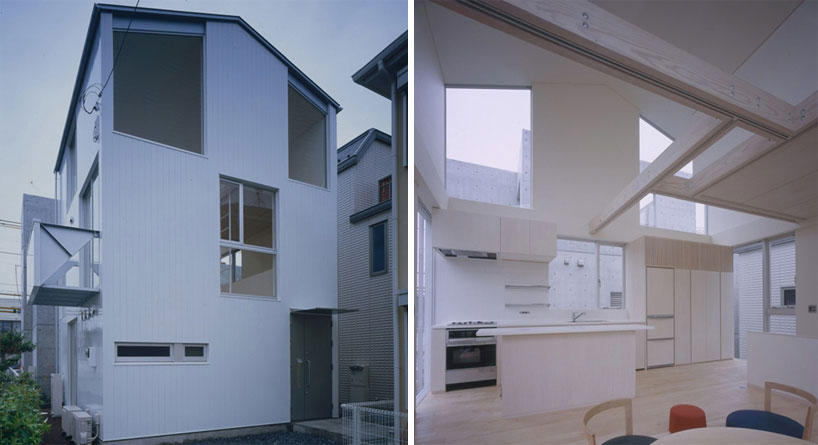 left: 9 tobohouse (tall), chigasaki, kanagawa prefecture, 2005.the prototype for this project is a house that the japanese master architect makotomasuzawa built for himself in 1952, during the period of material scarcity in japanthat immediately followed the second world war. it was intended as a‘minimum dwelling’ to be built by anyone, anywhere.right: interior of the 9 tobohouse.this new twenty-first century version is aimed at enhancing possibilitieswith regard to the diversity and fluidity of lifestyles in contemporary society.no new specifications were added; the room divisions were just taken from theoriginal plan, but their height extended to 3,056 mm and the volume of spacecorrespondingly increased, in order that the compactness of the original prototypewas preserved intact.http://9tubohouse.com/lineup/abe/ha_newdesign.html

in your exhibition ‘body’ you showed ‘slices’

of walls and architectonic details without providing

any information on the buildings to which they belong

when the object is removed from its context the viewer isforced into an unmediated and direct communicationwith its sculptural form.people are trying to capture architecture through a filterof conceptions such as a structure or a programme,following an existing meaning, but it doesn’t allow the humanbody to interpret the significance of the space that is presented.the body is the only interface of communication betweenhumans and nature. architecture, when stripped from context,is capable of interfacing with the human body and of addinga meaning to the ‘space’.

the satisfaction is different in each project.so it is impossible for me to pick one specific project.my refusal to fall back on a template or any style constantlymakes me seeking new solutions and new modes ofexpression for each new projects I undertake. 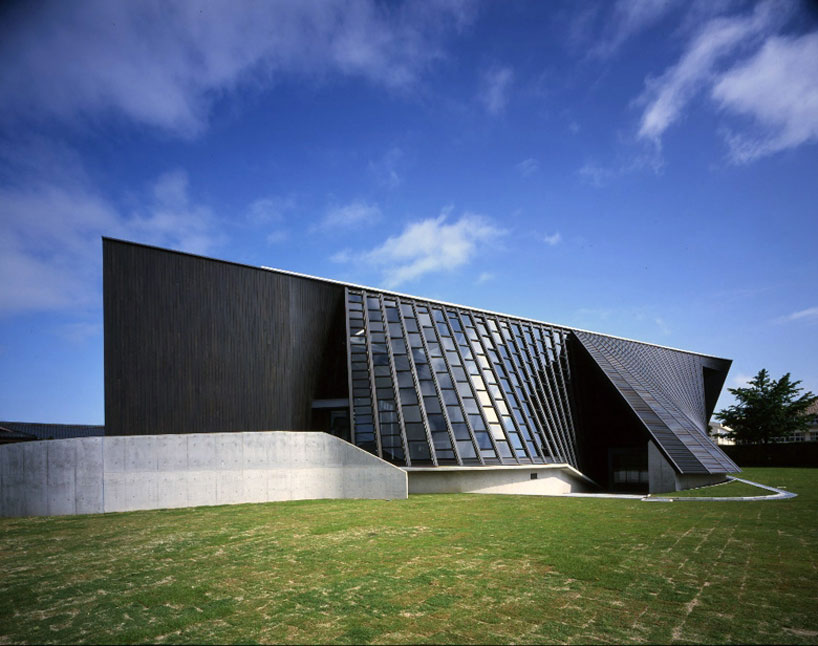 can you describe an evolution in your work from

your first projects to the present day?

I think it is getting more simple, …more aggressive, …and more easy.

there are so many designers and architects to mention. 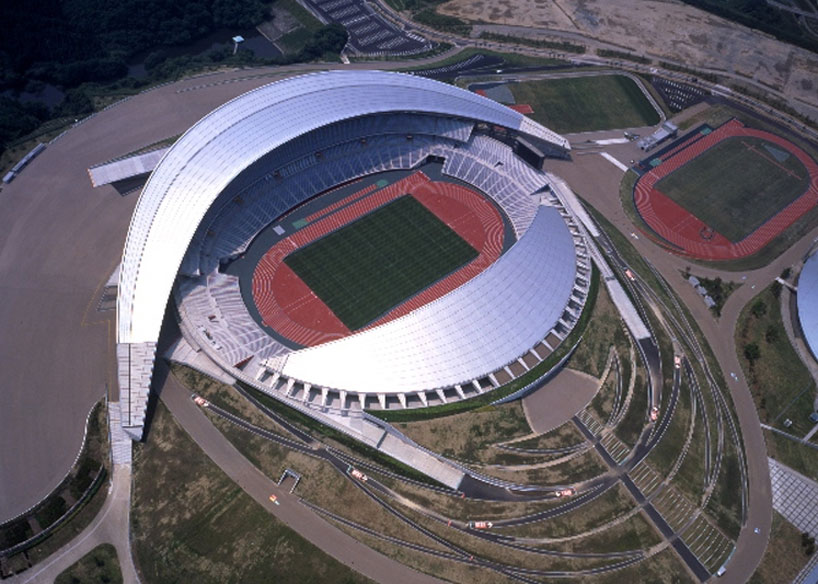 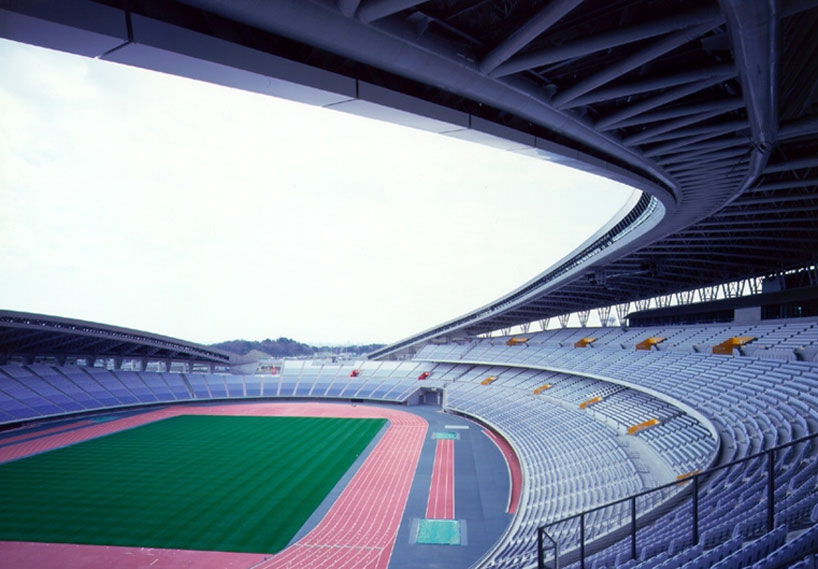 and from today’s scene?

those currently working in this field?

there are so many designers and architects to mention.

I am still too young to advise anybody. 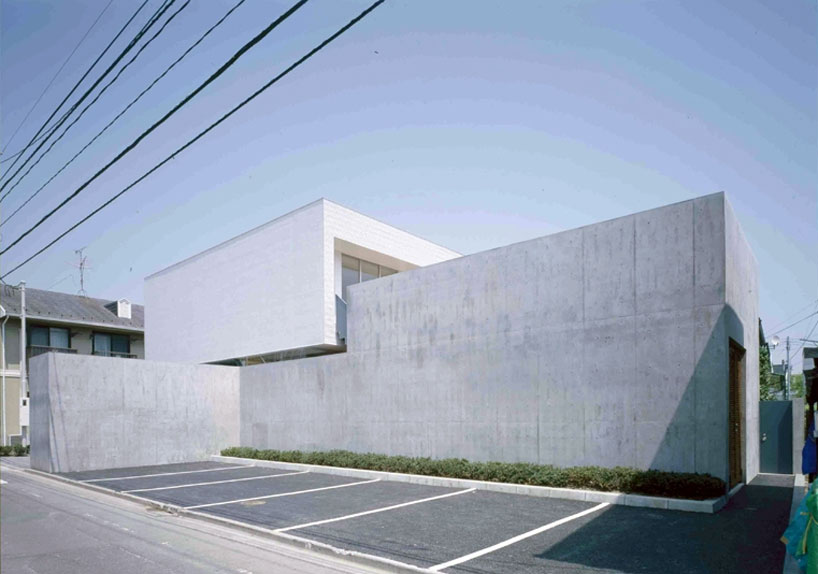 K-house, sendai, 2003the concrete wall defines the boundary between the public parking lot and a protectedprivate courtyard. 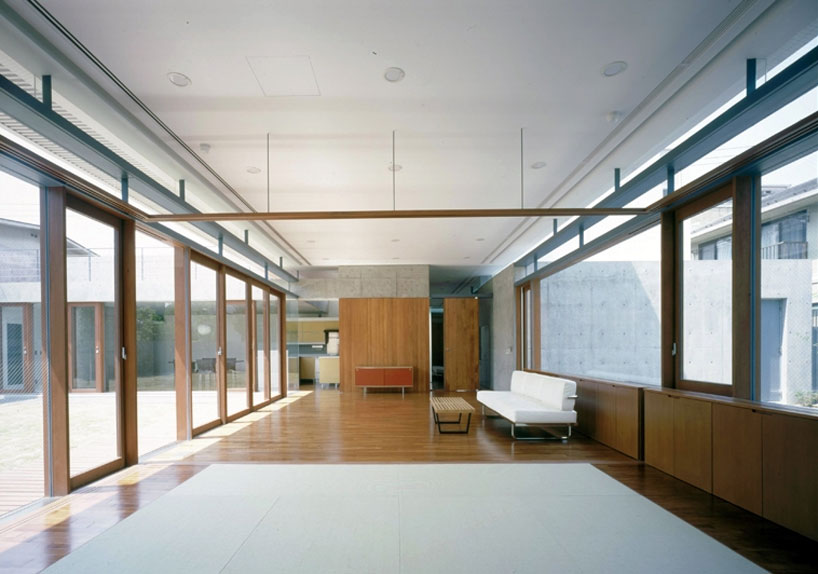 interior of K-house.the first floor is a L-shaped single space with living room, dining room, kitchenand a japanese style room. it opens up towards the courtyard and becomes a singlecontinuous space.

I am afraid that people are loosing the capacityto practice tolerance towards other people. 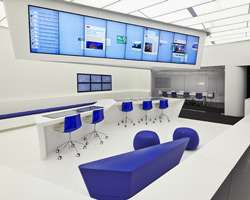 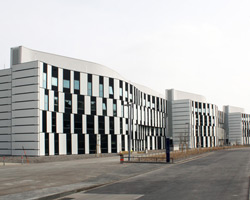 May 16, 2014
hitoshi abe adds to vienna university of economics and business campus 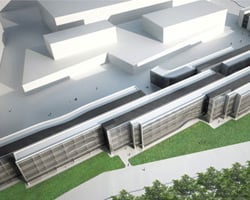