on this sad occasion, designboom revisits our meeting with maurer at his exhibition at the cologne fair on january 15, 2001, and compiles a few of his top projects — among many.

ingo maurer (IM): there are different moments: in the morning when I wake up, when I am in harmony with my wife, and sometimes at work. 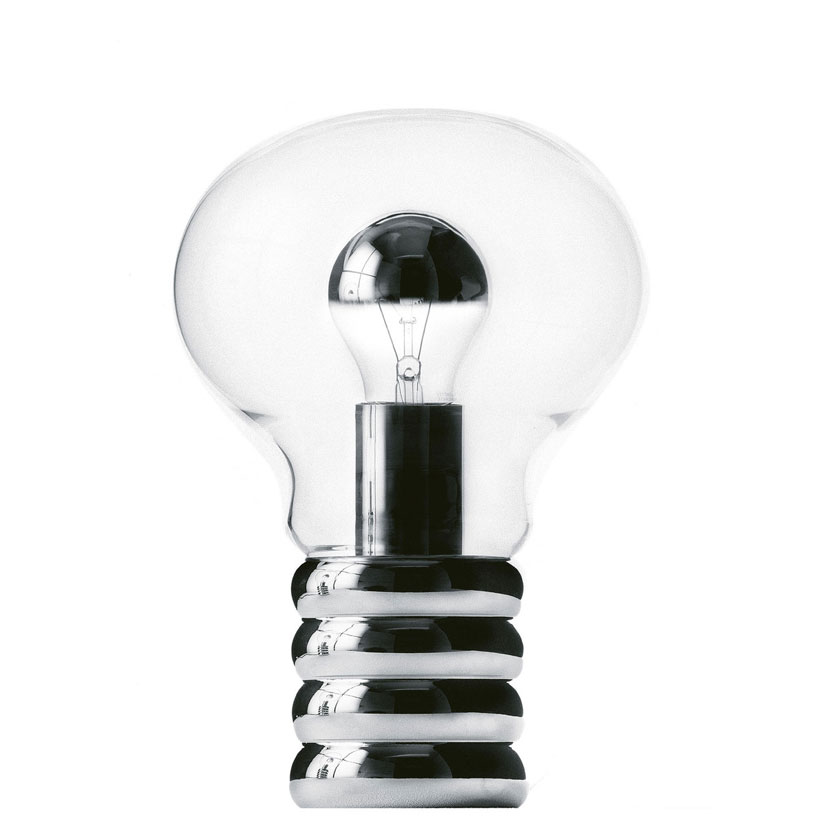 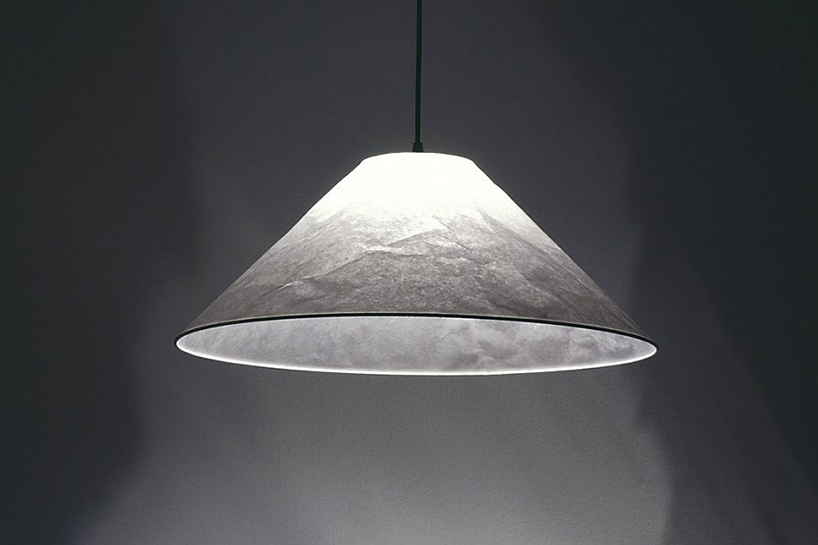 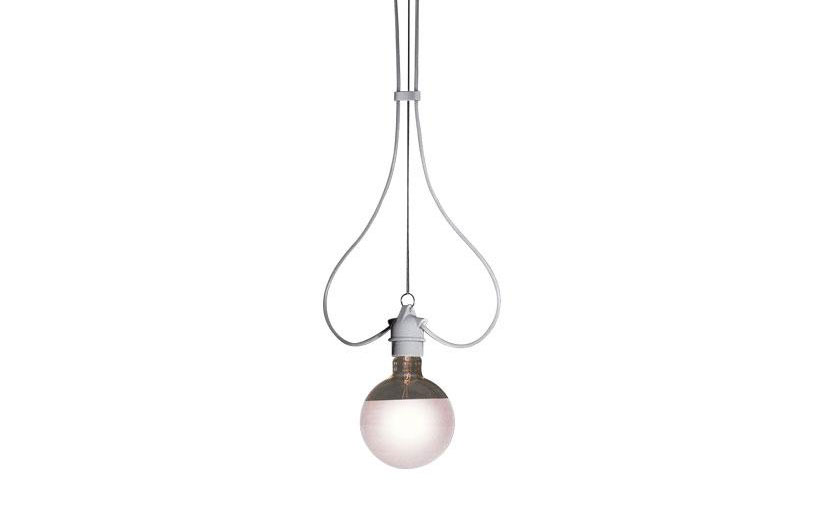 IM: right now the quran (I try to understand it). 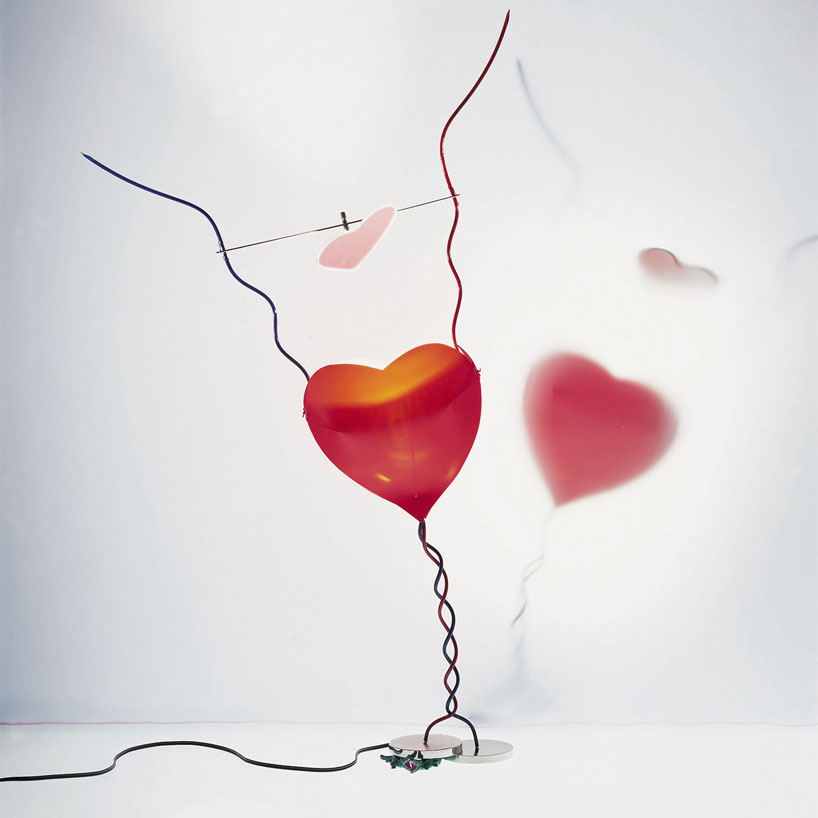 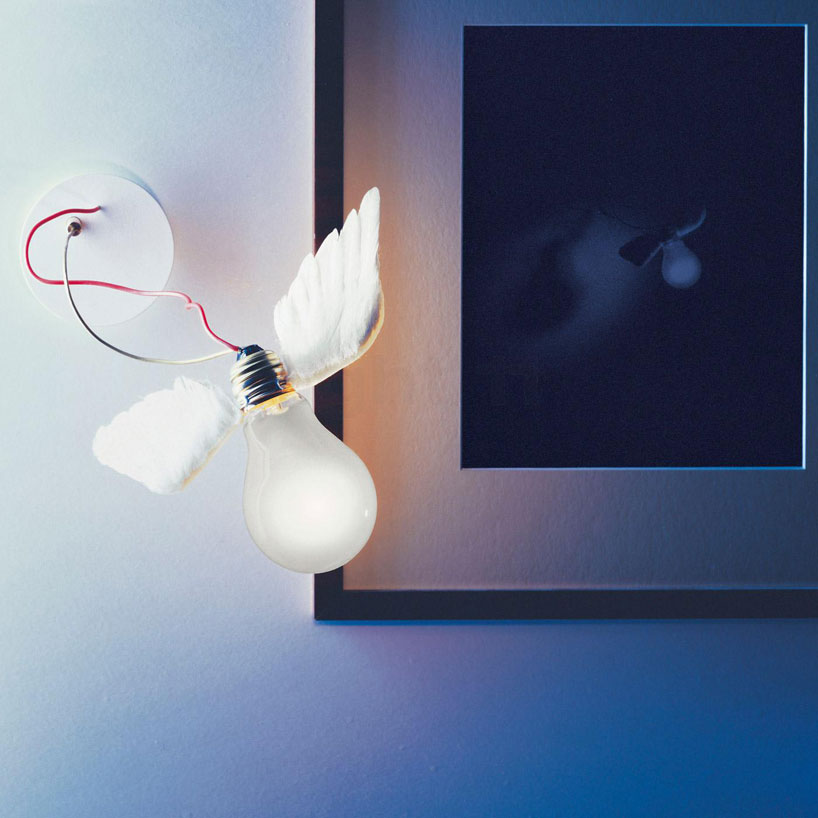 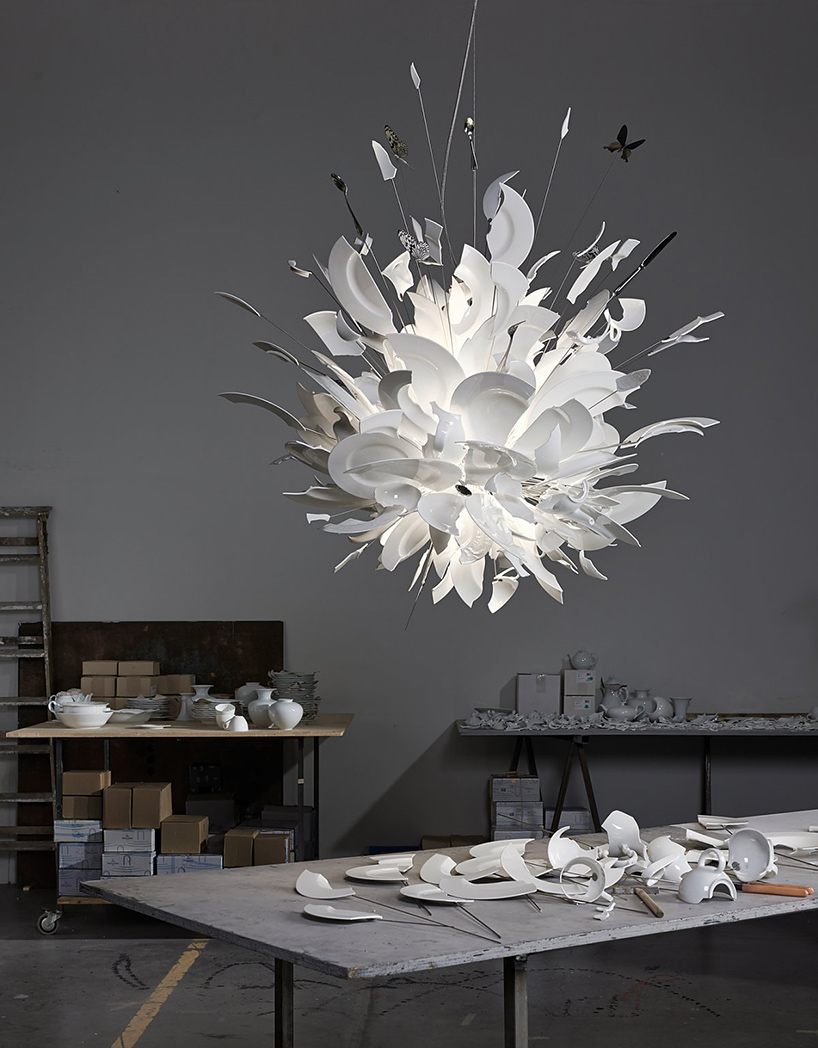 IM: I don’t like it when women follow fashion fads. today so-called ‘elegance’ is very common, thanks to those ‘fashion-makers’. but good taste is always on the razor’s edge, you need courage and self-awareness, today I see very little ‘elegance’ around — there are a lot of mannequins. 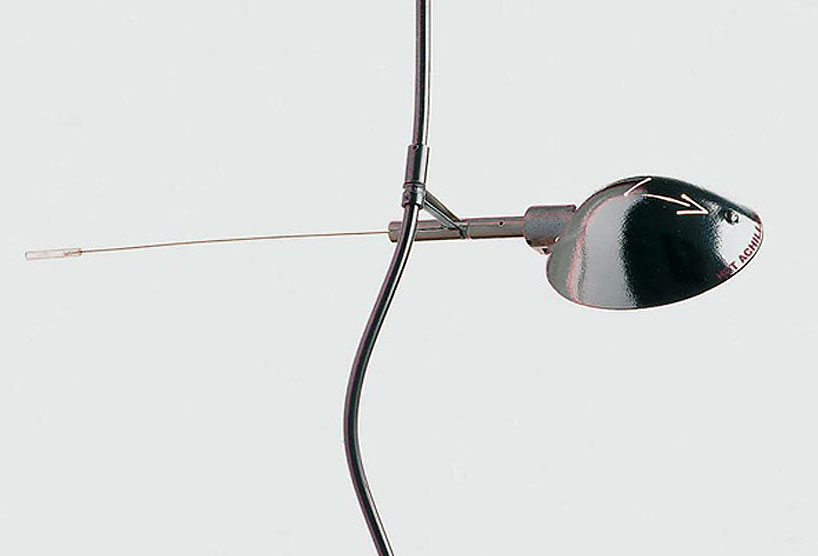 IM: (pause) sometimes I avoid wearing red. not that I don’t like it, my kitchen is all red, but it disturbs me as a color for clothing for myself. 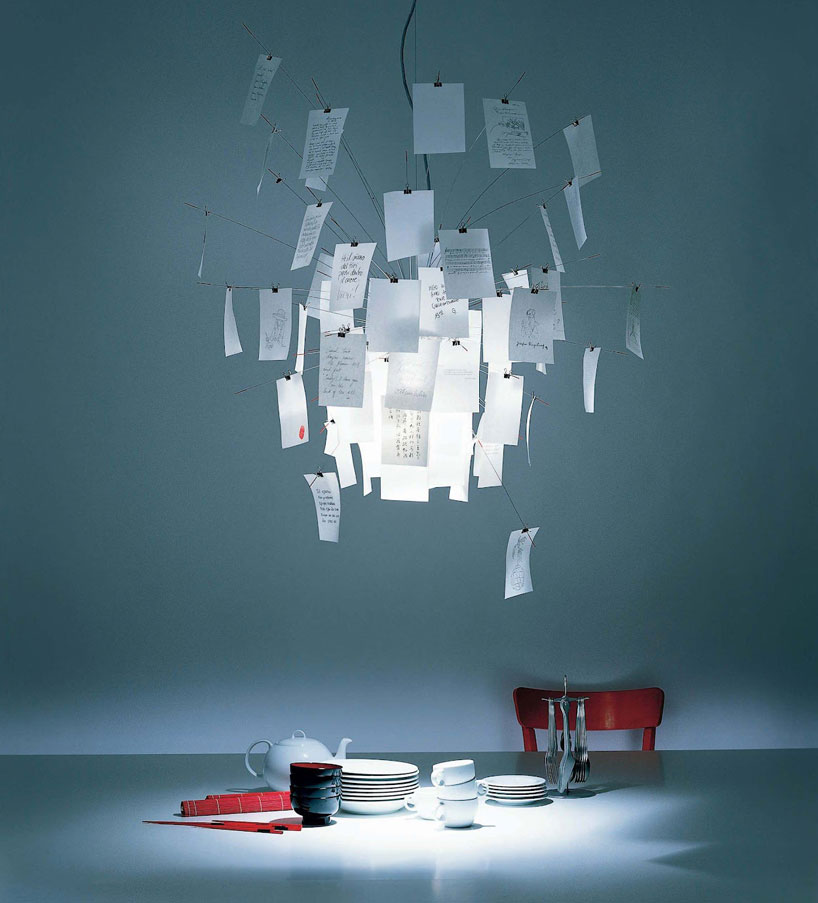 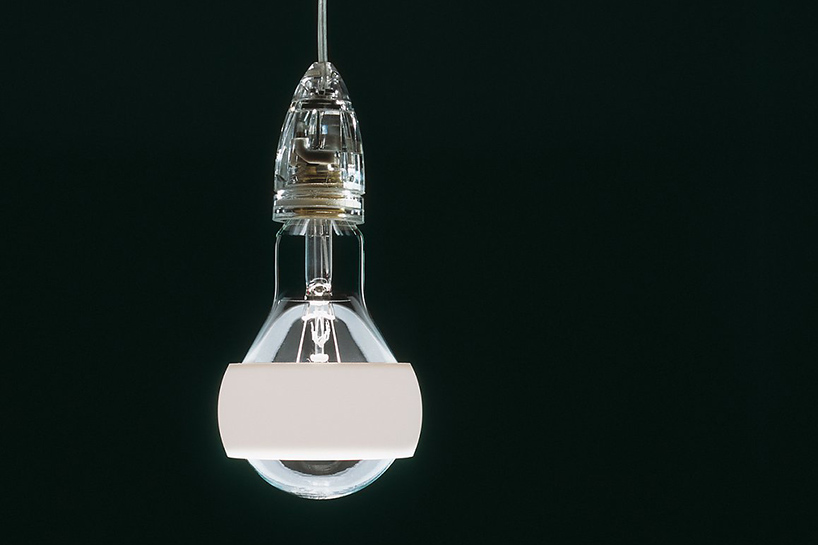 IM: in the bath tub, in my car, in the kitchen. at the beginning it is a sort of perception…one is always pregnant with ideas. 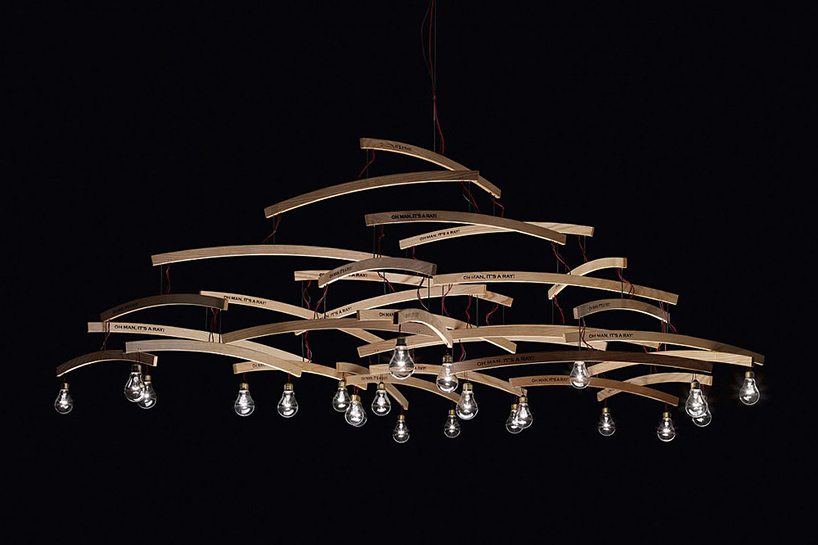 IM: I have some fantastic commissions, I am fortunate. at the moment I am creating a 40 meter long sculpture made of light for the toronto international airport. doing a government commission is complex, lots of bureaucracy, but in the end I prefer public commissions to private ones. 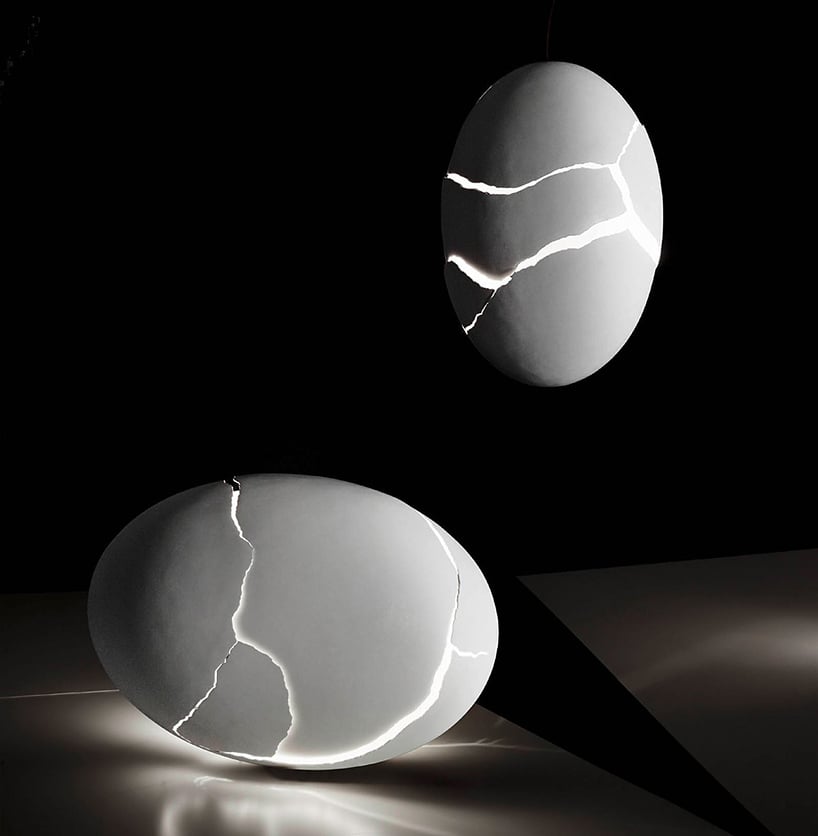 IM: when I hear the word ‘artistic’… a single screw is amazing. is it not ‘art’ what happens between me and an object? 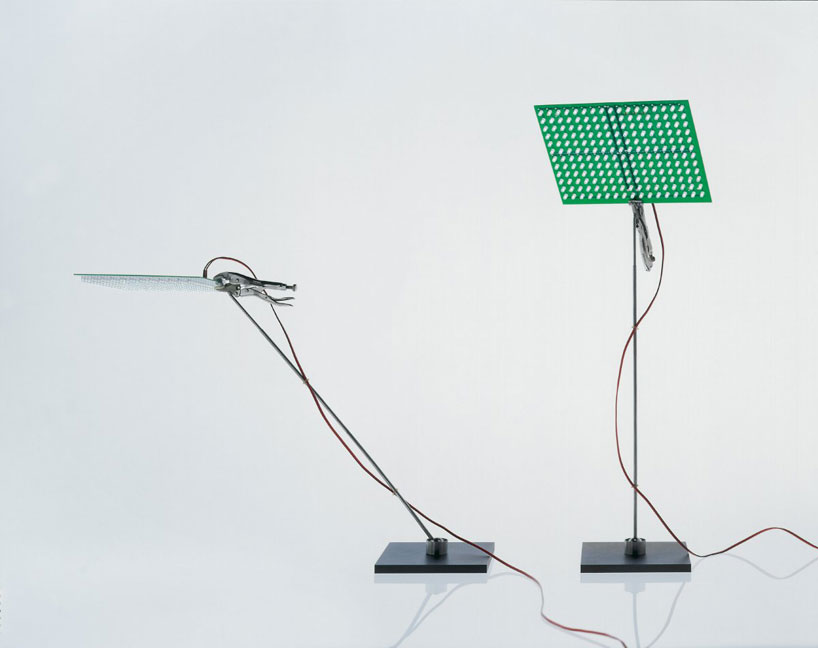 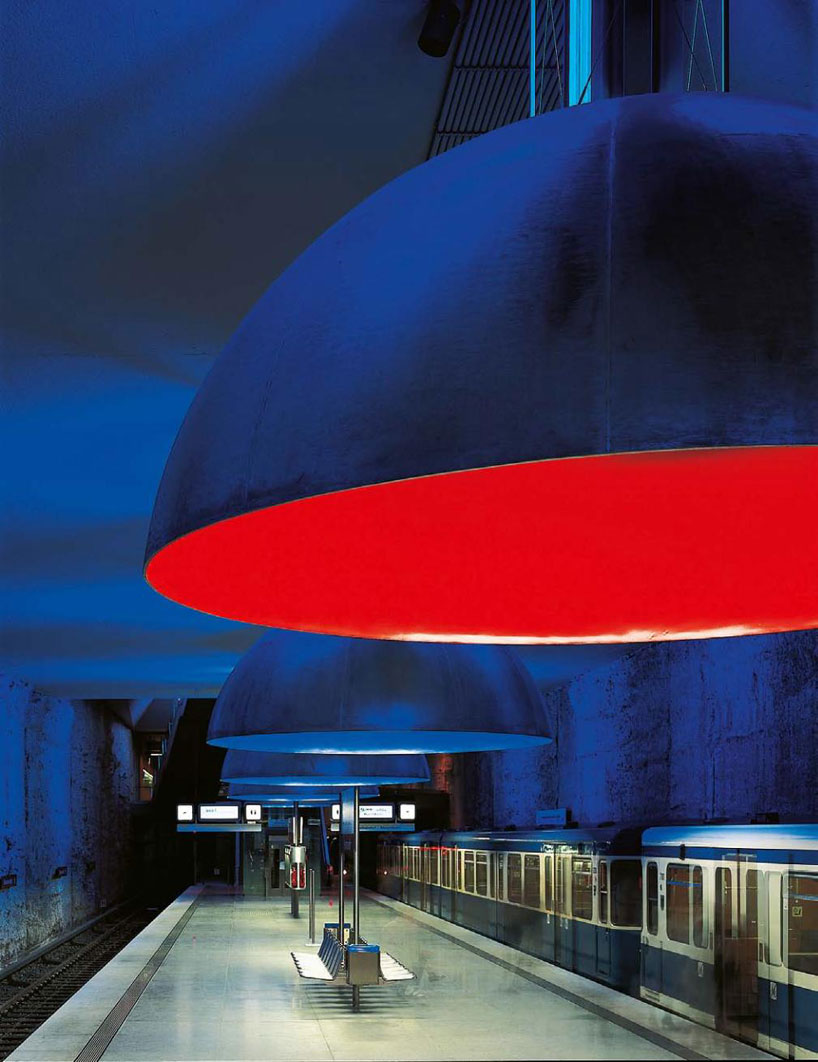 IM: yes with my team, and with my good friend ron arad… 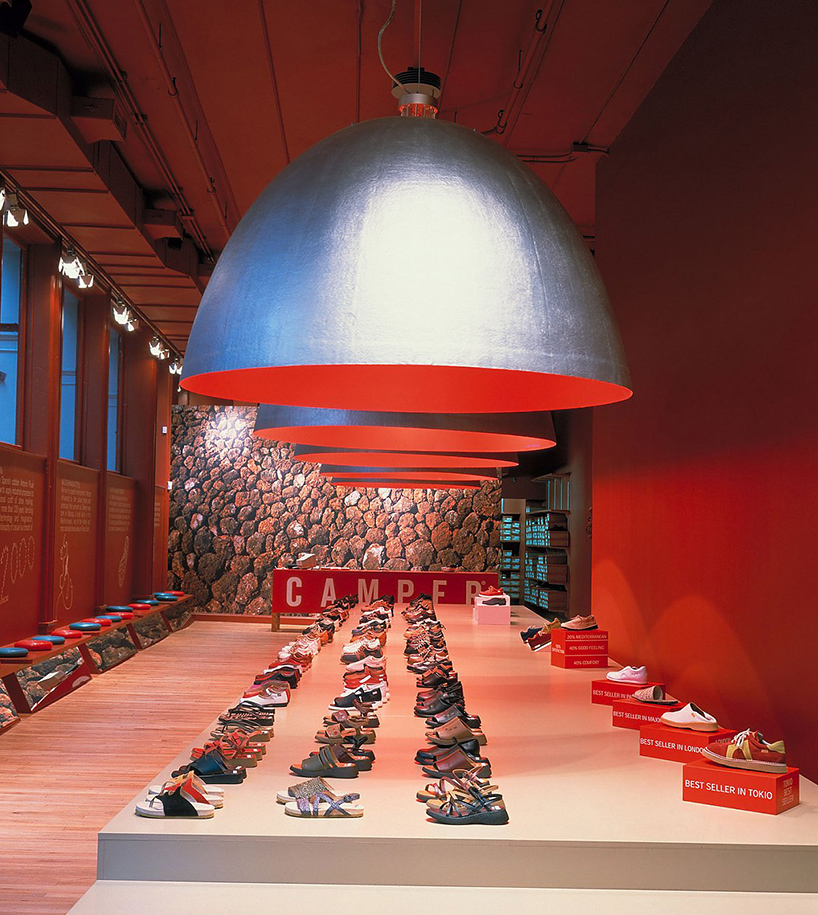 light planning for the camper shop in soho, new york, 2000

IM: I follow my instincts, I love to take risks, I am a gambler. 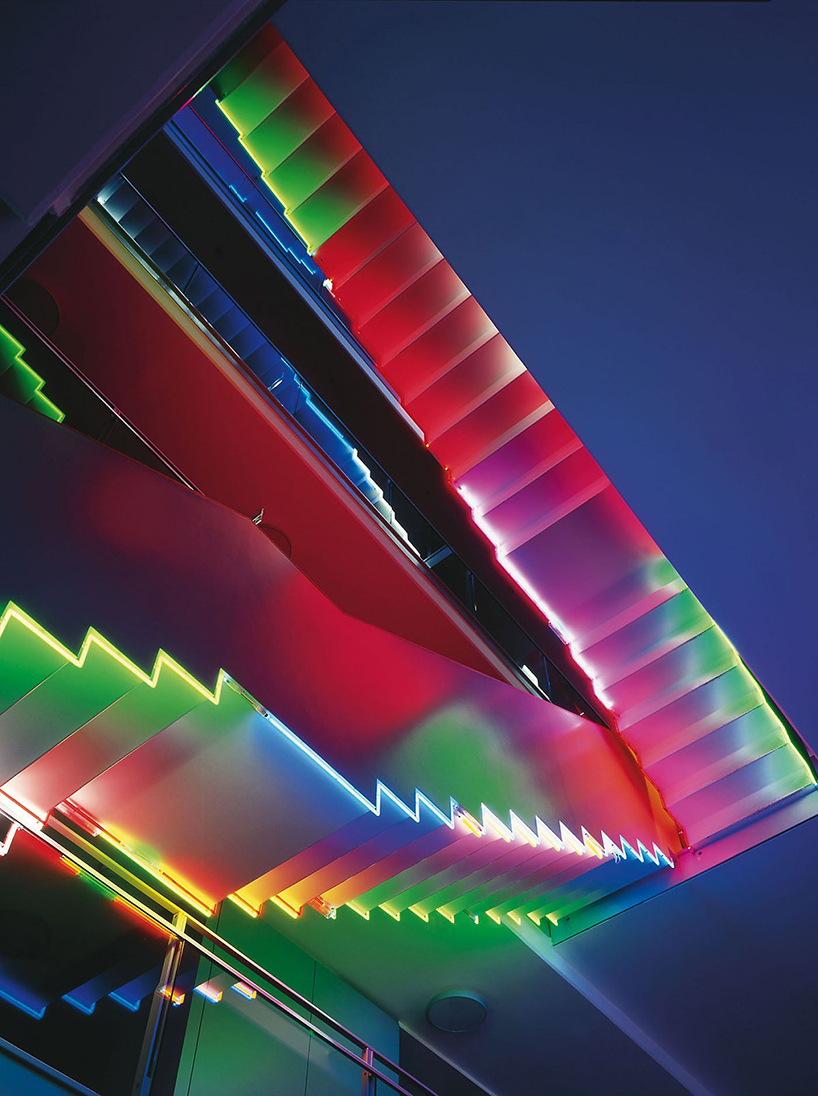 interior lighting for a staircase and entrance hall at KPMG, munich, 2001
photo by engelhardt sellin

DB: can you tell us something about your double role as a designer and a producer?

IM: I live the conflict of being productive, I create certain objects because they allow me to express my drives, which is necessary for me. 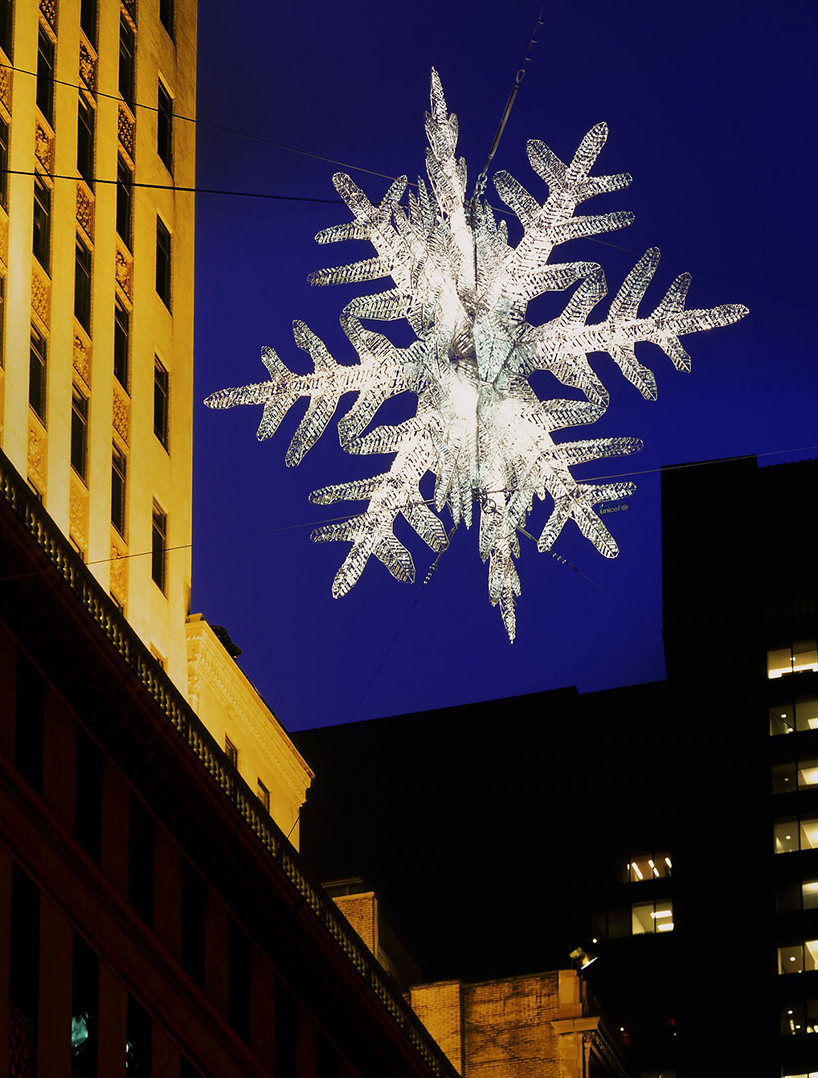 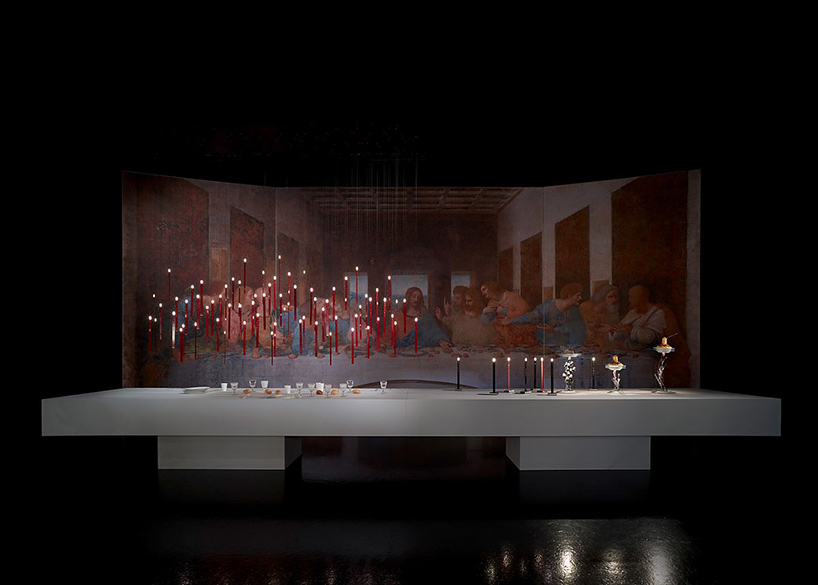 spazio krizia (flying flames chandelier in front of a reproduction of the last supper), milan, 2013
photo by tom vack

DB: you have always worked with young designers bringing them to the public’s notice, what can you tell us about the latest generation?

IM: there are some creative designers, but most of them are too self-assured. I am perennially in doubt, I think that insecurity is an important starting point. 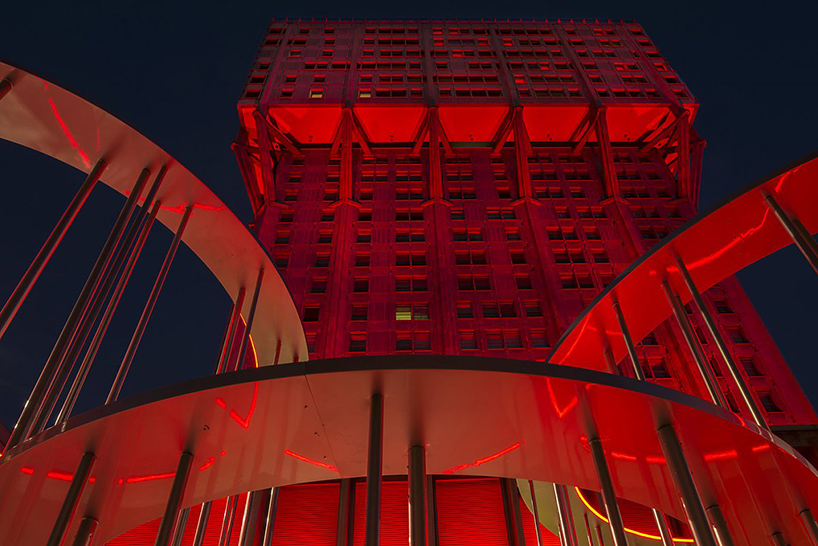 DB: on the news broadcast they said that italians are afraid of unemployment, criminality, and pollution. what are you afraid of regarding the future?

IM: I fear flattening. here we are at the cologne fair and it is a perfect example. everything is on the same level, but nothing is provocative. I fear mediocrity which infiltrates relationships. it is a real shame. 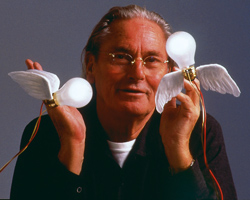 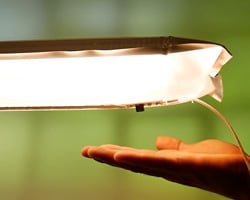 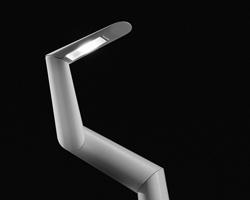 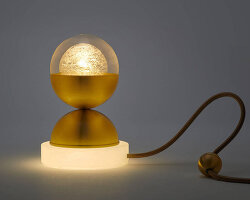