what is the best moment of the day? any moment within the 24 hours has its potential.

what kind of music do you listen to at the moment? I’m happy that I have friends who supply me with endless music (with their ipods and iphones). they compensate my incredible inability and lack of time to finding good music.

do you listen to the radio? in the office? no radio for me.

what books do you have on your bedside table? this is a good question because I love books. currently, I am reading 1Q84 (by haruki murakami). quite fast, actually; my guess is it will be finished by tomorrow.

where do you get news from? my major source is through my cell phone and laptop. when that’s not enough, we have scouts at our office who select news for me to read because you cannot browse through every blog and website. 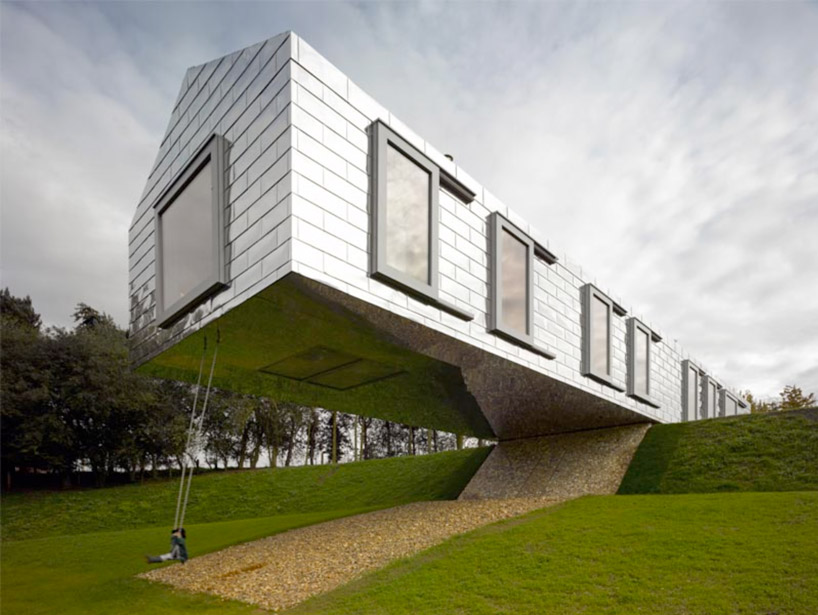 I assume you notice how women dress. do you have any preferences? oh my god. I don’t know. If I look around here, I see a wide difference in taste, but I have to admit, sometimes H&M has better things than for example, prada. for me, it’s not a matter of brand; it’s how it suits oneself and how it’s combined and more importantly, how it makes someone more specific. I try to apply this to myself as well. how someone dresses has so much to do with that person’s character. the more it suits someone, the better it is – and this can be baggy or it can be sharp.

what kind of clothes do you avoid wearing? only ugly things. at least I hope that I can avoid that. I try to avoid limitations, although I’m not very good at dressing with color. generally, the more comfortable, the better. 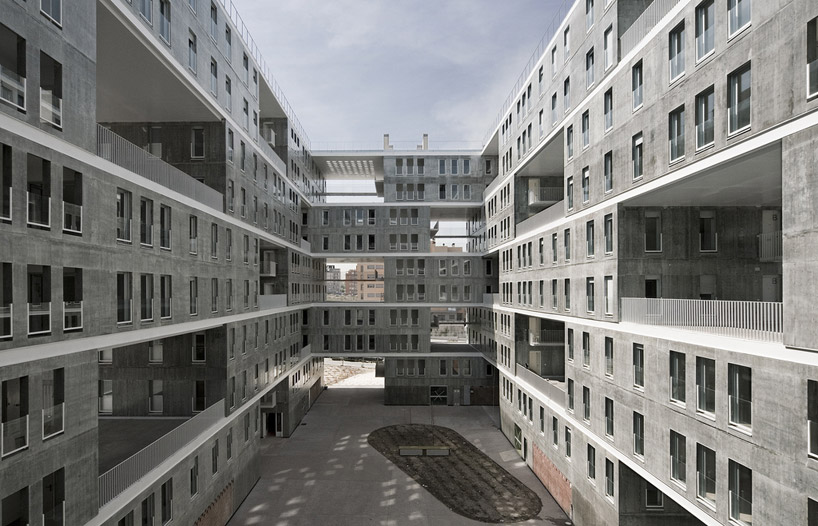 do you have any pets? no. this is actually a very sad story. because just 2 days ago, I had to go to the animal shelter and give my cat away. the cat would pee so much and during the renovation of the house, we had to decide whether it would go out or stay in. it stayed in for a while but it ended up that we wanted to have a better house (laughs).

when you were a child, did you want to become an architect? when I was a kid, I loved drawing. then I think when I was 9, I made my first building in scouts. it was like a ferris wheel where you can sit four people, like a luna park attraction. it was made out of wooden sticks and knots. I am so proud to say that that was my first realization. my second realization was on the next scouts far. it was a dark house that you would enter where you could not feel the end. the issue was how to compose a wall that would move away from you as it went around. and with plastic, we managed it. and funnily enough, we are now working with the why factory on a movable wall on the ‘barbapapa house’. 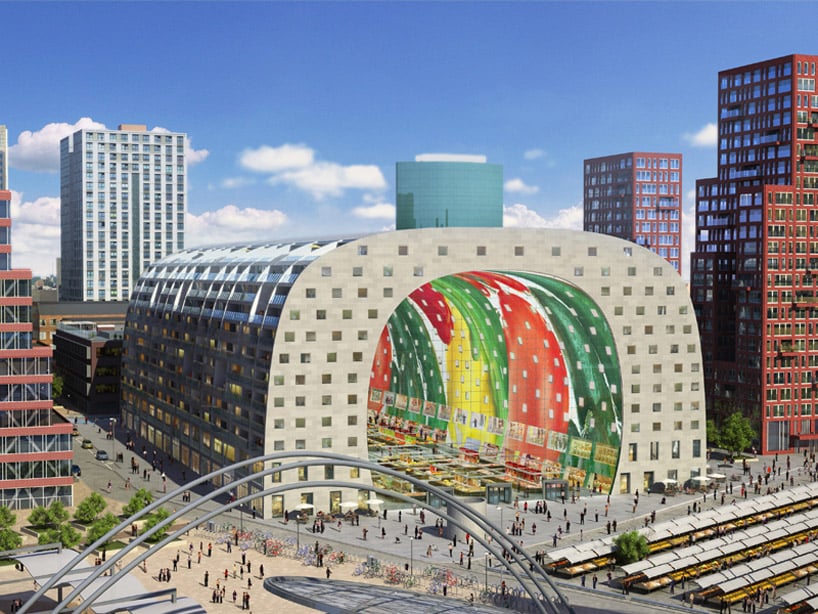 do you discuss your work with other architects and designers? I think our work is so public already that that in itself is a matter of discussion. or the books that we endlessly make are a method of communication; it’s an open invitation. but yes, there are friends, some close friends that I discuss work with. because every time you are vulnerable, you should be. and we explicitize that vulnerability. that’s something that happens in any design, any moment.

describe your style, like a good friend of yours would describe it. I think what I try to contribute is the work of conceptual architecture. it approaches topics in such a wide manner that it becomes so clear as well as deep and advanced. it takes position in wide operations and goals. I have to immediately use a definition of the word, concept. in art and design, there exists different translations of that word. maybe we need charles jencks to conceptualize the current mode because it’s not only us who is interested in conceptual architecture. just look at BIG or OMA. but we approach it slightly differently: some are more communicative, other are less urbanistic. we need the help of critics to find what works. and I think it will be very important in terms of communication and progress for the next generation. 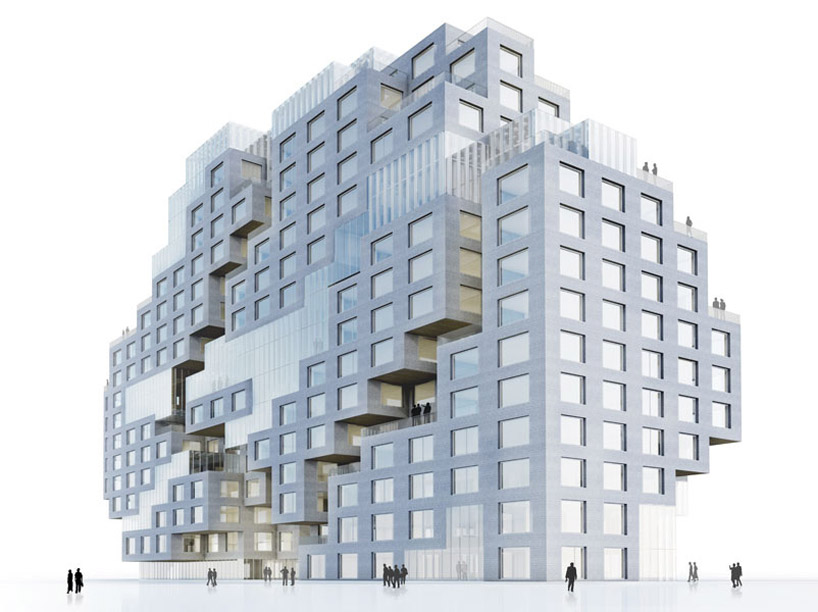 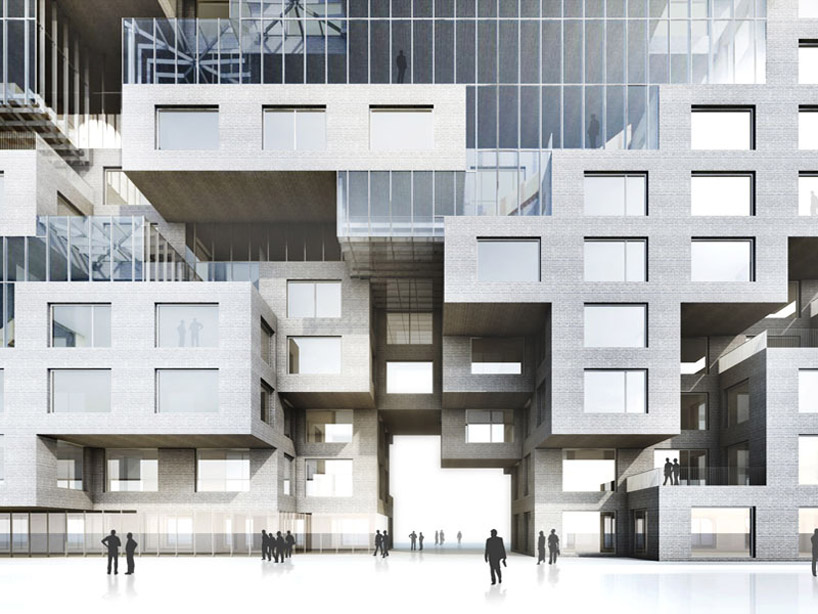 ‘dnb nor headquarters’ in oslo, norway (in construction) public passageway leading from the main entrance to the oslo central station see more images of the project here

please describe an evolution in your work, from your first project to the present day. if there is one office that clearly shows its evolution! the best way to answer your question is by saying that putting together one book leads to the next one. because you discover, while writing a book, maybe the maximization of one step simultaneously reveals the weaknesses or holes which have to be filled in afterwards. that sequence is how I see evolution within our scope of work.

what project has given you the most satisfaction? I cannot rate satisfaction over the years because that would scrutinize all the effort that have been put into so many different projects. they are all part of a scope and this oeuvre is what I want to defend. I always say to students, never put everything in your graduation project because you will lose yourself. you can do one thing for one project, and the next project, you can do another. this step, doing one thing after another, is what potentially leads to work on a wider scale, a wider agenda.

Q: what project has given you the most satisfaction?

who would you like to design something for? there are projects that we haven’t made yet like hospitals or schools, which are social factors in itself. there are not too many architects who are allowed to work on such projects. hospitals are done by specialists and then architectural layers are added to it later. this deserves enormous attention. but in the mean time, who would I like to design for… I am quite happy that I have been able to design for friends or for people that are close that have specific desires but is still very open and eager and willing. I like, in general, to work on this kind of intimate level. and then there area  range of people that I would love to work with. we’ll see.

is there any contemporary architects you appreciate a lot? there are a lot of people but obviously I admire and am strongly influenced by rem koolhaus, who I think is currently one of the most important people that I have worked with and for. I think some parts of our work, in a way, follows up the intellectual responses to some of his questions. as rem koolhaas is based on mies van der rohe before him, he released secrets of approaches and of depth. this is ultimately a process in itself. 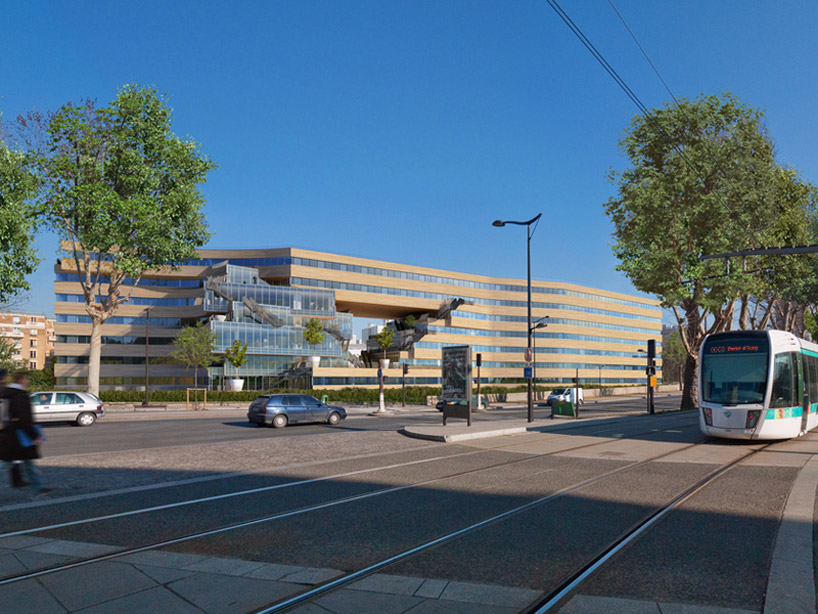 any architects from the past? there are many. they can range from thinkers to painters to filmmakers. it’s the eclectic possibilities of our current time… I see that, due to facebook and all kinds of apps, there are ranking systems that are popping up. maybe because my age, I haven’t gotten around to doing that… so I please again for non-hierchy on this subject.

what advice would you give to the young? there are two things that I hope that the next generation will do. and that is be fully curious, and that they kill us immediately–by being critical, and provide reasons for that, as we have tried for the generation before us. maybe every generation is inclined to do this. I hope that this can be done in a deep manner, intelligently, and in an interesting way. when I look back, I used to love the intellectualism of south american architecture and it challenged me at the time to respond. not in a similar way but almost in a formal and spatial way. and that’s what I think sets the status. getting older, of course, I hope that that kind of level of thinking, or level of intellectual approach remains attractive for the next generation, and that they will adopt them. I started this question by saying that you should kill your parents. it’s a high contradiction, (laughing) an usual and normal human contradiction that I am happy to face. and I think that’s why I am here today in venice, to work with the younger generation and see what comes out of it.

Q: what advice would you give to the young?

do you teach? yeah. our way of teaching is perhaps considered to be a bit specific. we want to push students to make products, make innovations, and create space for the individual but within a certain wider research topic. personally, teaching is an elementary aspect of my life. I have found that there have been different people who have sparked new ideas–and I hope they have been credited sufficiently–that has led to a deepening of things. surprise is the best thing you can get from teaching. and by surprise, I mean the deepening of the subject. this is the interesting part. I also try to provide a public platform because it’s always more interesting to see a contribution towards a certain topic rather than just saying it. everyone is a creative–but why? and for what reason? and in what way? 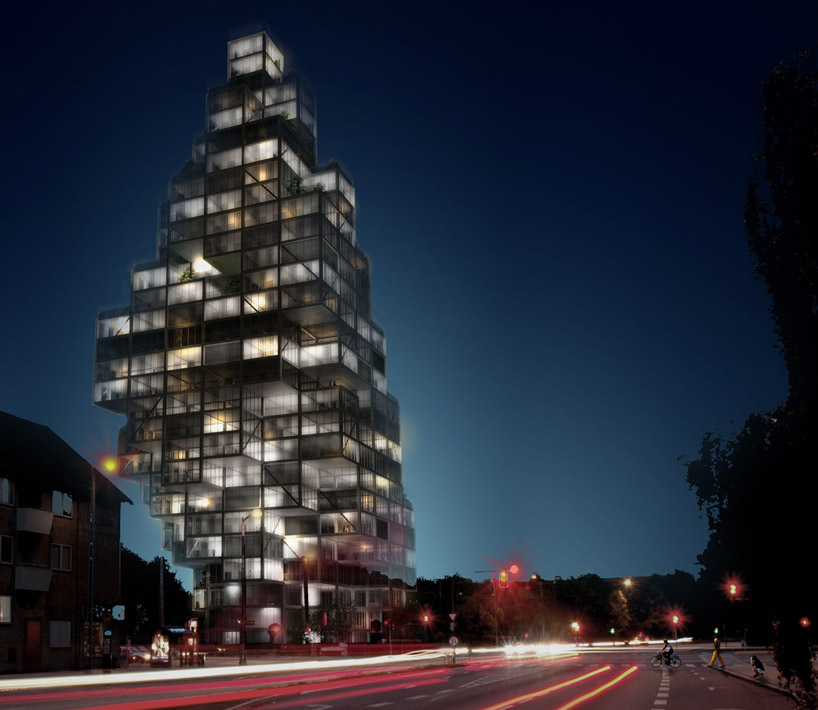 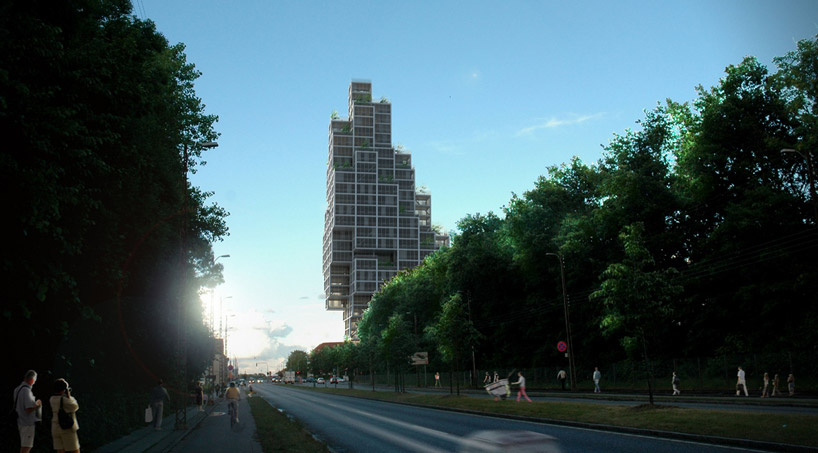 what are you afraid of regarding the future? if there is one thing that I am not afraid of, that’s the future. I’m interested in the future. I have to defend myself even to my closest friends who say, why aren’t you afraid of floods and global warming? I just seethem as a part of an evolution, and we can work on that. technology can help us. I think that mankind can do a lot about it and become adaptive to it. our whole future city project is about that.

— winy maas – MVRDV winy maas (b. 1958, schijndel, the netherlands) founded the rotterdam-based office MVRDV in 1993 with dutch architects jacob van rijs and nathalie de vries. specializing in the fields of architecture,urbanism and landscape design, the firm has worked on a wide variety of projects such as the dutch pavilion for the world expo 2000 in hannover, WOZOCO housing for the elderly in amsterdam, the boutique shopping building gyre in tokyo, and  the innovative business park ‘flight forum’ in eindhoven. aiming to provide solutions to contemporary architectural and urban issues, MVRDV is adept at exploring the built environment by conceptual means. their monographic publications FARMAX (1998) and KM3 (2005) illustrates ideas and theories on densification, multiple space use, sustainability and globalization with how they have applied these elements in to their process and resulting design. currently, the office has a number of projects under way in countries including the netherlands, spain, china, france, austria, and the UK. 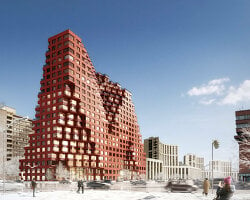