in celebration of its 30th anniversary of archigram designboom met peter cook in london on september 28, 2002

about 6:45 in the morning because I wake up very early, and I think my best thoughts, my mind is very clear, I’m an early morning person. 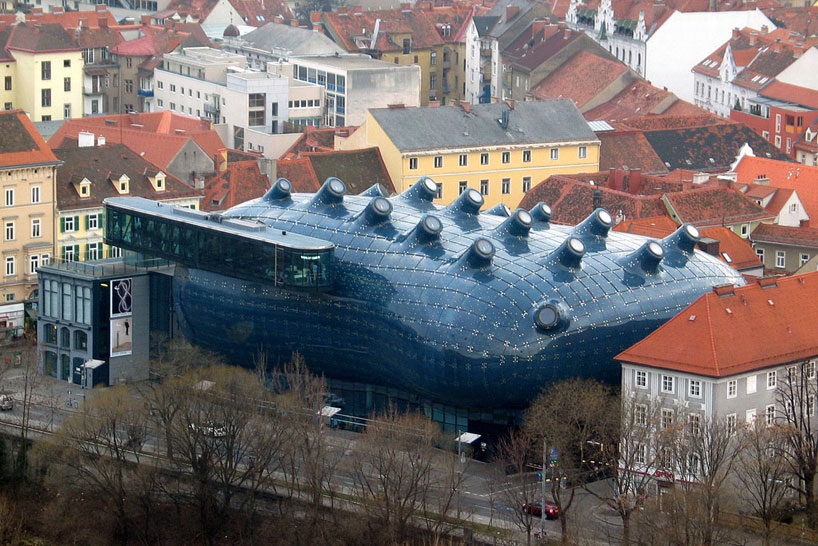 the new museum of modern art in the city of graz by spacelab – ‘skin and pin’ – a friendly alien. image courtesy peter cook 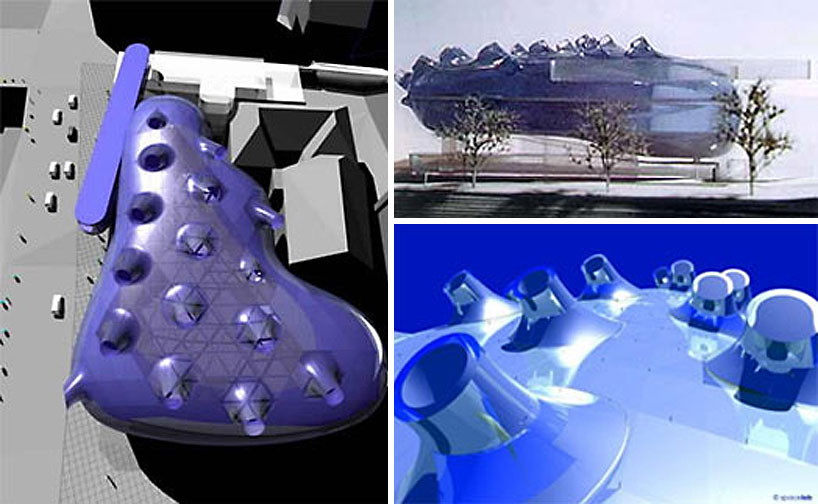 the new museum of modern art in the city of graz by spacelab – ‘skin and pin’ – a friendly alien. image courtesy peter cook

either a biography or mostly architecture or catalogues or text books, information books.

not very much, I don’t find them very stimulating. 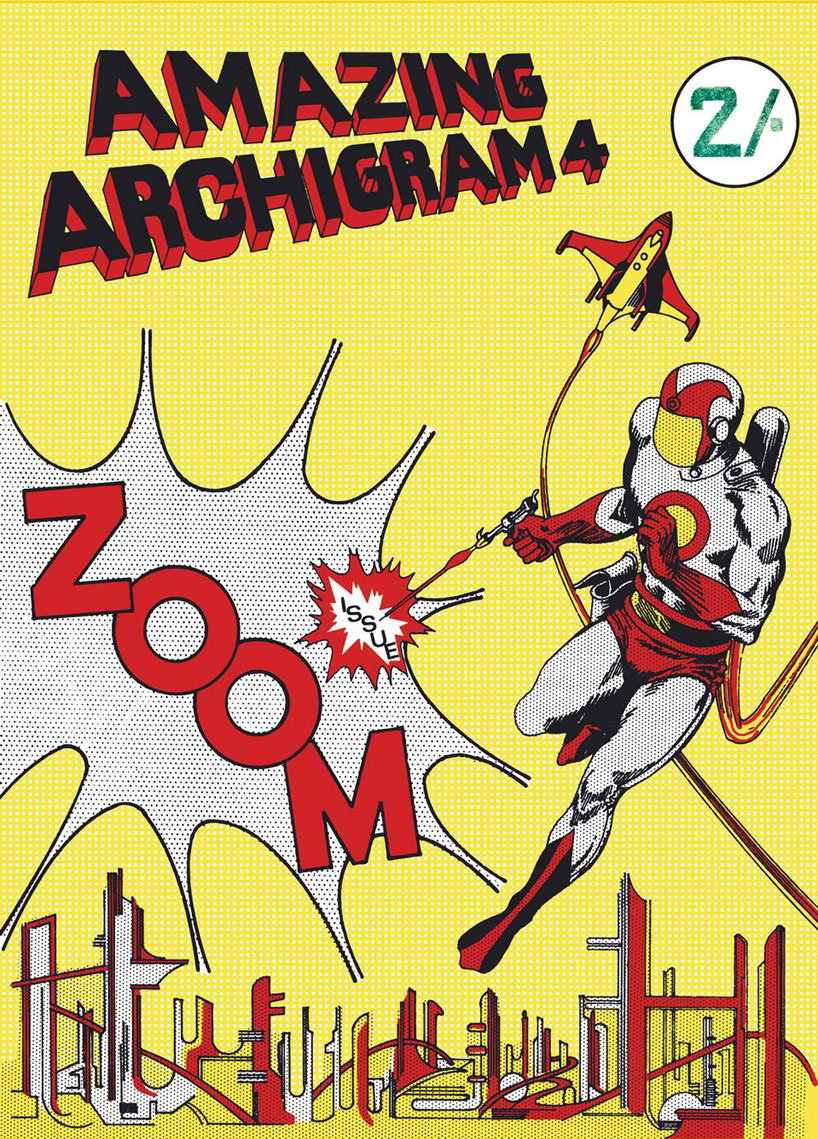 yes. I like women who have originality of style and who have a view of themselves.

architect, since the age 8.

partly at home and partly in university, sometimes in austria where we have a house.

I would love to plan a seaside town, because I come from the seaside. 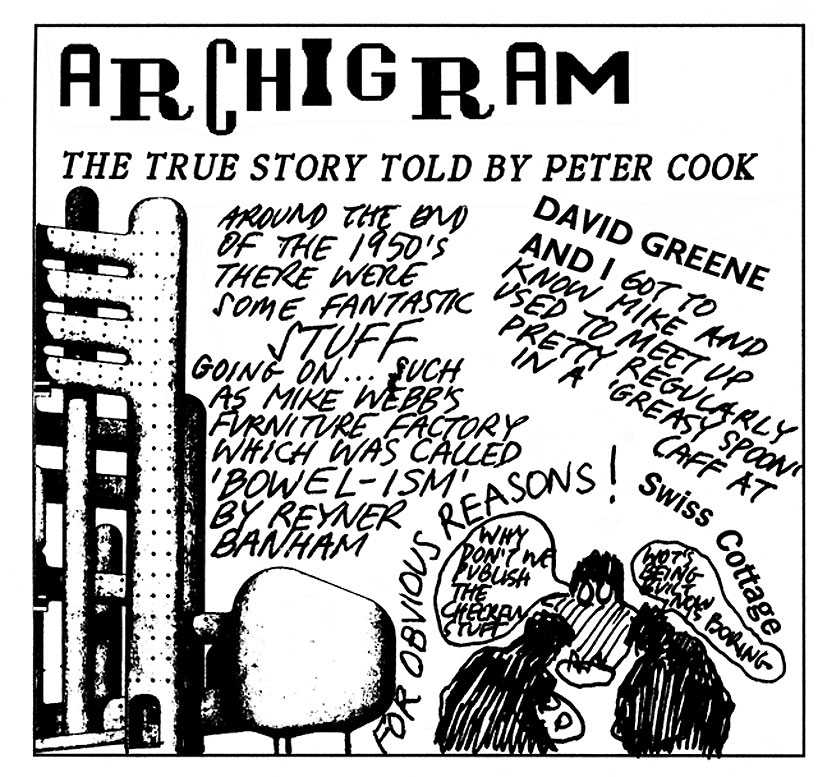 the spirit of archigram is optimism, you said. is there anything else? 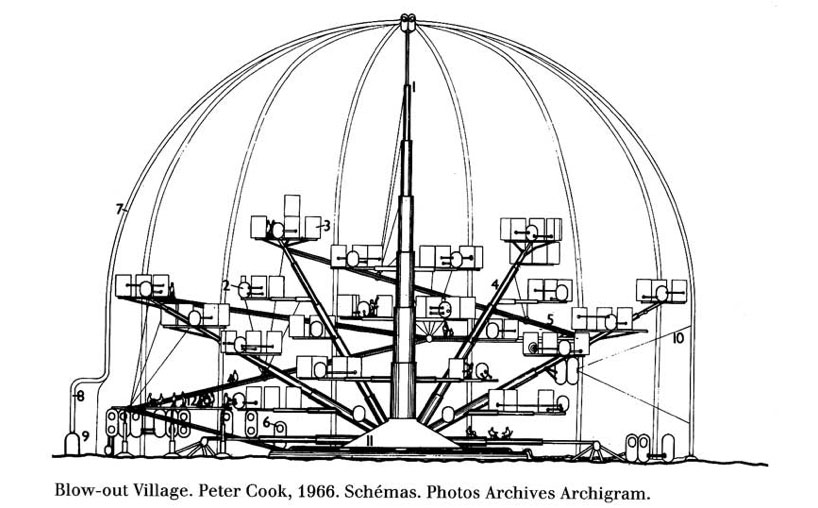 how do you see your work? is it about the theory or about the actual creation? I’ve always been an optimist and I’ve always been interested in progress. if civilization has existed for thousands of years, it must and can only go forwards. that’s why I can’t stand people who are boring. what we’re involved in is applying imagination. maybe some people don’t have imagination and borrow other peoples. other people have imagination but can’t apply it. the new is not only the product of the past. and another thing I find fascinating is that certain things are in the air at a certain time, and I find this amazing and I’ve never gotten to the bottom of this. ideas are rolling in the air. archigram has been out of style for a long time, but about 8 years ago, archigram started to get more attention again. I think ideas go in and out of fashion. but what amazes people is that we’re still alive and we can come around and talk about it. and this sort of breaks the rules, because it’s as if you’re supposed to be out of the scene. I guess we’re due to go out of fashion again any minute. I am extremely cynical about all of this, and I don’t think it has anything to say with the actual content of the work. we should have been given the medal years back, but the guys in between wouldn’t have been caught dead even giving us a cup of tea. I myself can remember when I wouldn’t have been caught dead using a metal structure. but it is nice to get the medal, and for us it symbolizes that there is a sort of thread of people that are optimistic and creative and imaginative, although they do not all have to do the same kind of thing. for us the medal stands for that.

which of your work has given you the most satisfaction?

I suppose seeing what happens to former students, but so few of them go onto actually doing anything.

is there any architect from the past, you appreciate a lot?

and those still active, are there any particular ones you appreciate?

not to be put off, intimidated by those who just happen to be older.

death, narrow-mindedness and the pious.