what is the best moment of the day?waking up before the sun-rises and starting the daybut that would have to compete with seeing my daughter no matter what time it is.

what kind of music do you listen to at the moment?the XX, the big pink, white lies and some other new bands. radiohead are one of my favourite bands of all timeand I’m a huge fan of depeche mode. 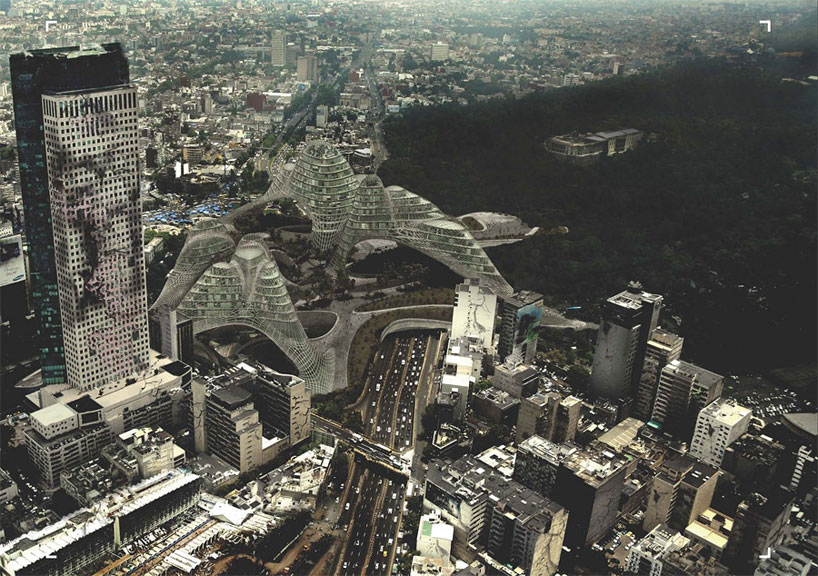 left: ‘when was the last time a modern and illustrated state built an arch or any other type of self celebrationmonument?’ asked the team composed by michel rojkind, alejandro hernandez, arturo ortiz in theirpresentation for their submission for the ‘bicentennial arch’ in mexico city.

right: rojkind’s team criticized the bicentennial project proposed by the local authorities of mexico city, their proposal ordinates the vehicle traffic, expanded the green areas, would take 20 years to be built and will cost 200 million dollars. it was suppose to be an arch, but an arch built with 5 thousand social housing units on one of the main streets of mexico city, paseo de la reforma. 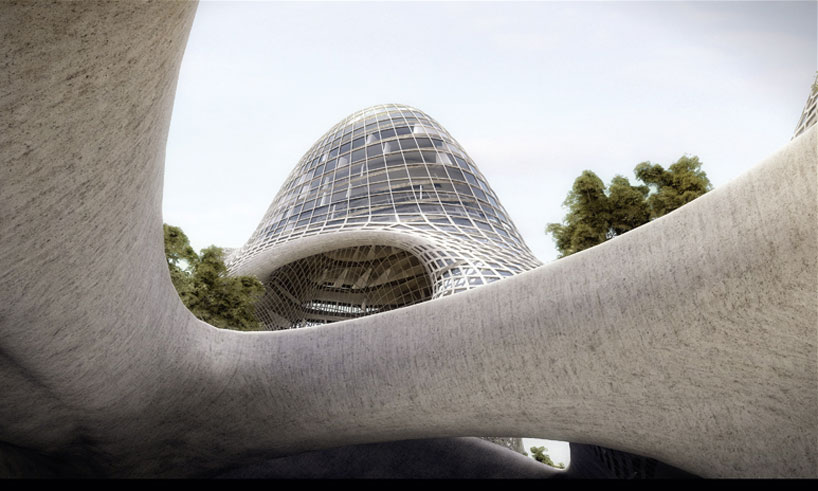 michel rojkind participated in the competition to commemorate the 200 years of the independence of mexico and bet to lose, his entry was just to highlight evidence of the waste of resources (economical and intellectual) in an archaic project.

do you listen to the radio?yes sometimes.

what books do you have on your bedside table?right now it’s photography books because my girlfriend is a photographer so I want to be able to have a good dialogue with her. then there is some must haves like, ‘cradle to cradle’ by michael braungart and william mcdonoughand ‘ten faces of innovation’ by tom kelley and jonathan littman. 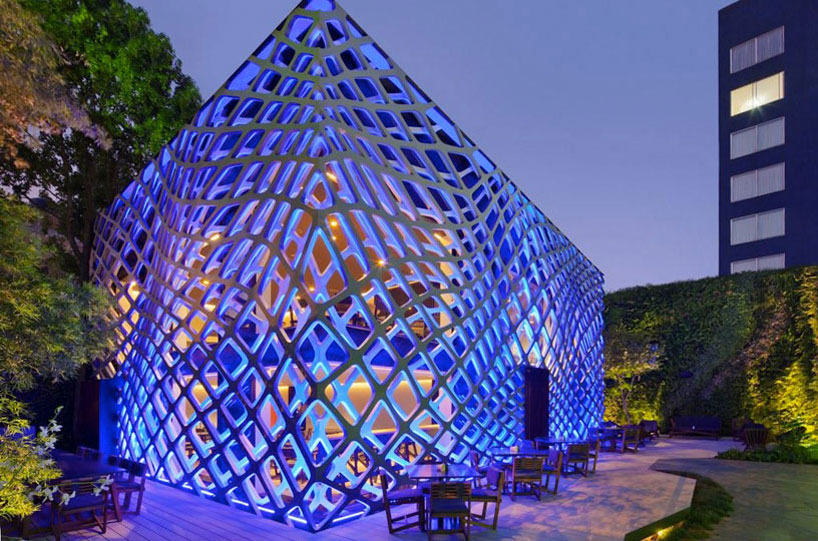 do you read design / architecture / fashion magazines?not so much, I use the internet more to keep updated on architecture and design. the magazines I read are ‘wired’ and ‘scientific america’.

where do you get news from? from the internet, or friends. it’s almost impossible not to be updated now given the amount of ways you can accessinformation and communicate with other people but you have to be very selective of what you take in and trynot to get distracted. 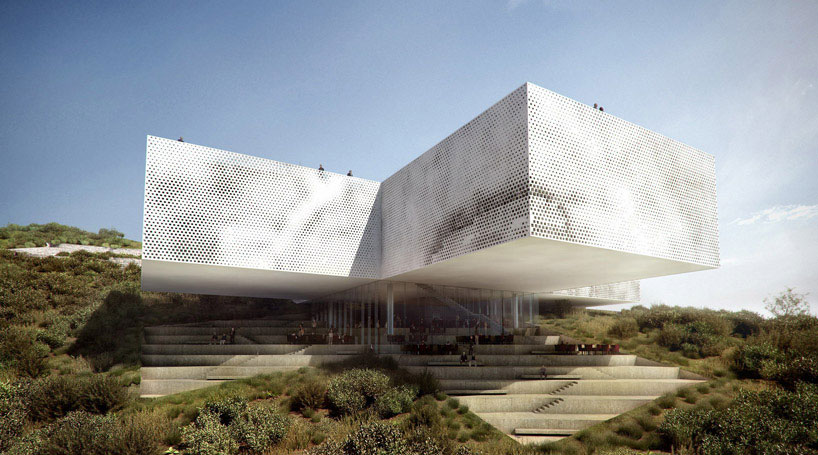 I assume you notice how women dress.do you have any preferences? with nothing at all! (laughs) no… I can’t say one particular style, but rather when a woman knows how to make the most of herself regardless of her physical attributes. when a person knows themselves anything they wear fits just right.

what kind of clothes do you avoid wearing? a suit and tie. I’d wear them for a friends wedding but generally I avoid them. 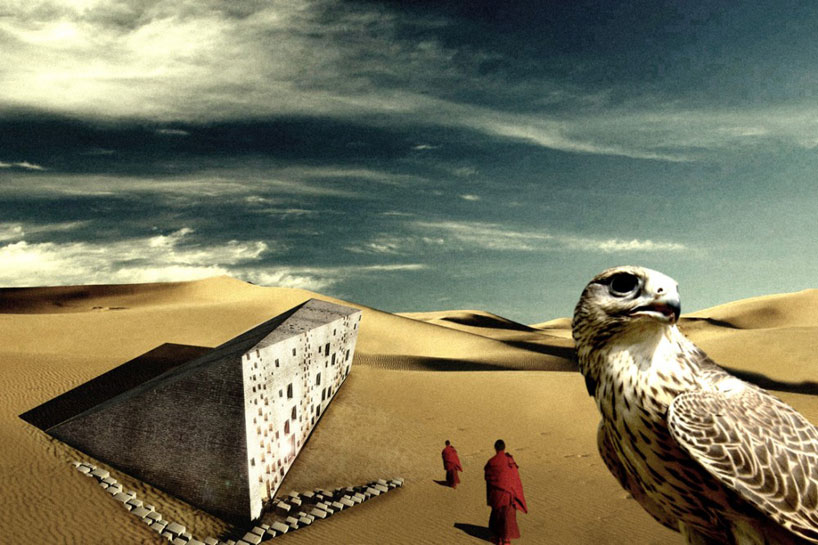 do you have any pets?no, not now. I used to have some cats but I turned out to be allergic to them.

as a child, did you want to become an architect?

no. I knew I wanted to do something that involves creativity and eventually I ended up studying architecture. I never realized how much I enjoyed it early on but now I do, the more you learn about architecture the more fascinating it becomes.

where do you work on your projects?anywhere and everywhere. a lot of the time I’m not at the studio, so I use skype or whatever to communicate with the office. it’s good because you are thinking about different things while you are out of the office and it gives you a different perspective on things. you can get ideas anywhere, on a plane ride or drinking with friends. architecture is not a 9-to-5 job it’s a way of life. 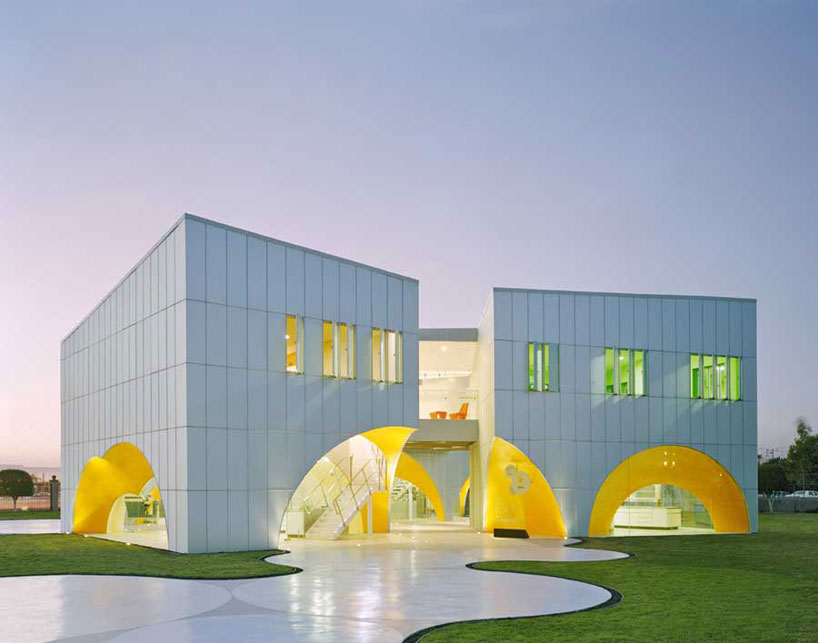 what project has given you the most satisfaction?whether a project got built or not we enjoyed it because it sent us down a new path, a new way of thinking.to name one I’d say the PR34 house. it made me realize that you can’t do two projects the same because the client, the site and the budget is different. 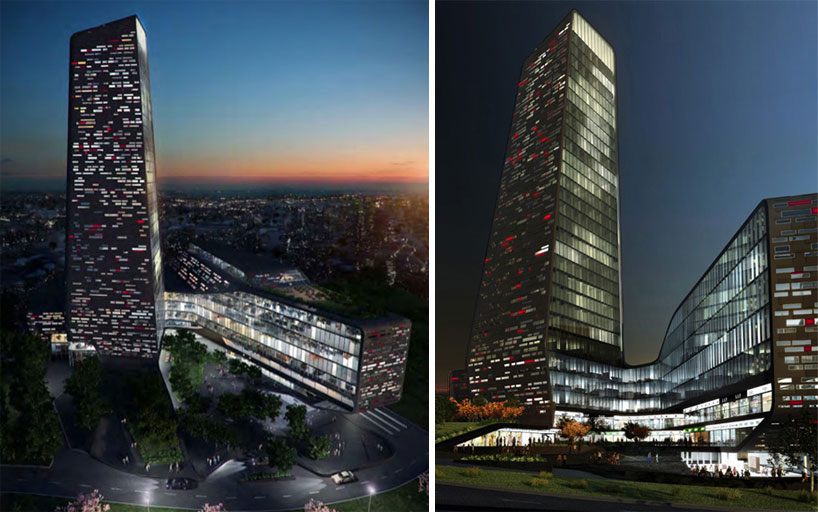 describe your style like a good friend of yours would.due to the fact that I cut 4 albums with virgin records as a professional drummer with my own band, my friends often refer to me as an â€˜ex-rock starâ€™. some people still think of me that way even though Iâ€™m an architect nowprobably because I still dress that way! (laughs) I’m hyperactive so my friends would describe my style as fast, energetic, they keep telling me to slow down and relax! I’m always looking to do something new, thinking about how things work and that probably comes through in my work. 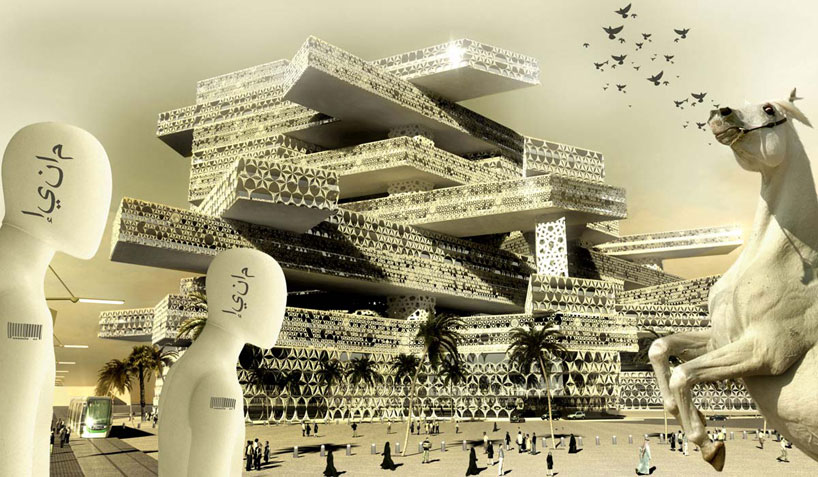 left: a green hotel and retail experience, the project is located within the bawadi master plan, a 10 km long development area, which strives for excellence in the hospitality, entertainment and commercial sectors. bawadi will soon be a world-wide destination for tourism and business travel.

right: the building is composed by a vertical stacking of 24 floors within 12 distinct bodies. each body includes two levels offering a distinct range of services and resources categorizedunder twelve specific themes (one per body).

do you discuss your work with other architects?architects tend to be monothematic! when you are sat around a table with other architects sometimes it can feel like a competition to see who has the biggest ego. it’s tricky because, you want to update your friends on what you are doing but sometimes that can seem like bragging! so when I’m with friends who are architects I tend to talk about movies or music… a lot of my friends work in fields like graphic design, photography, music and so on and I try to enrich myself by spending time with people who do different things from me… but of course I often spend time with other architects! 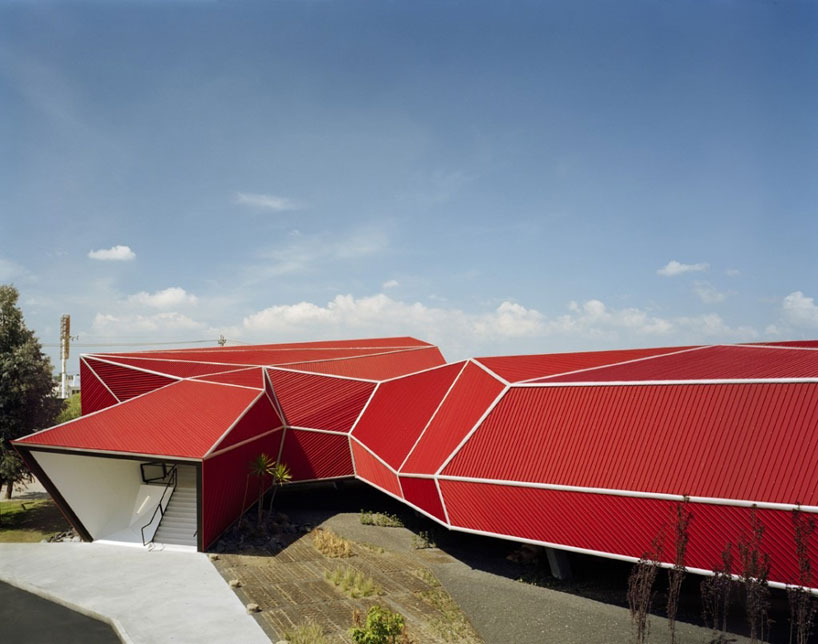 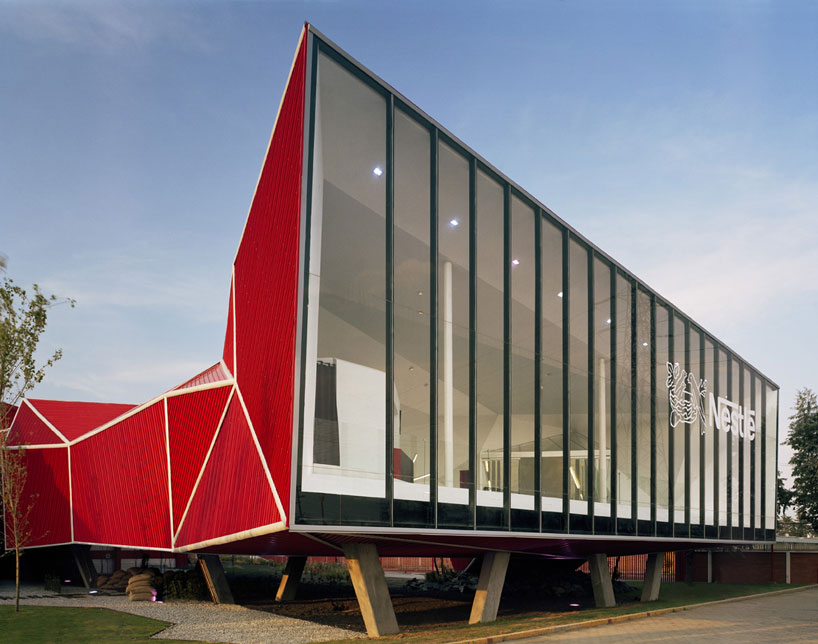 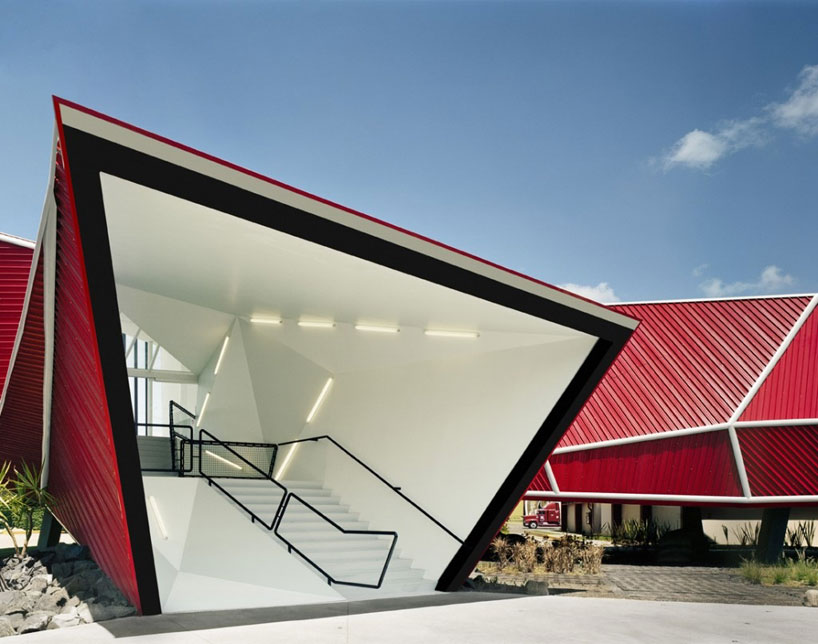 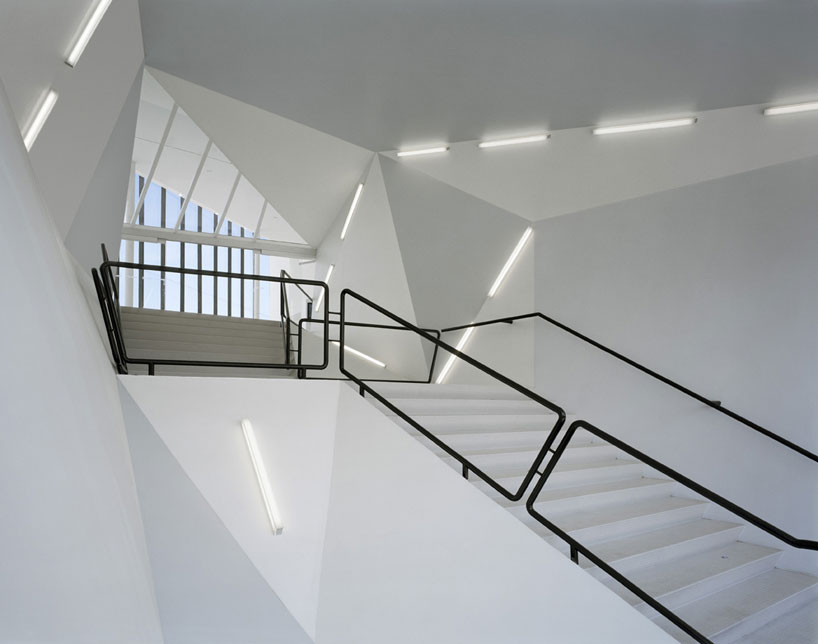 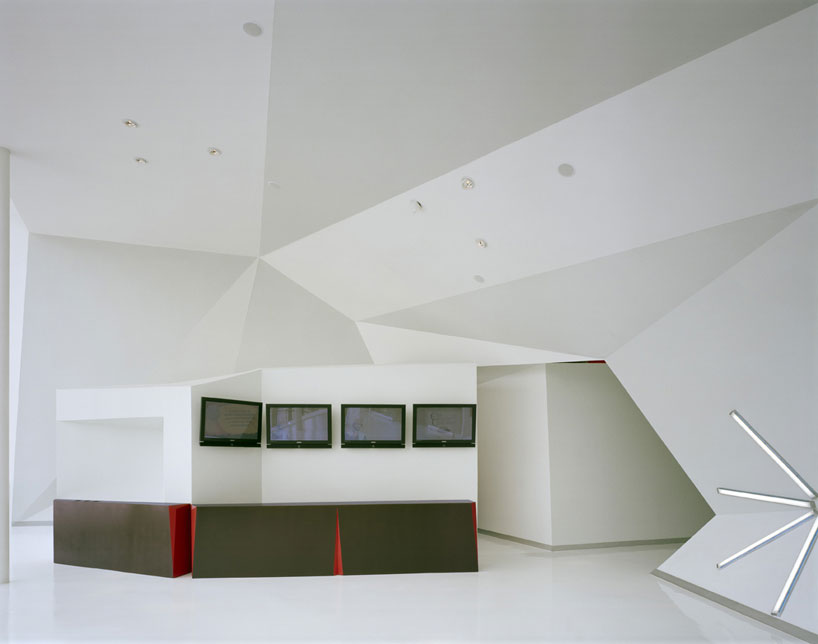 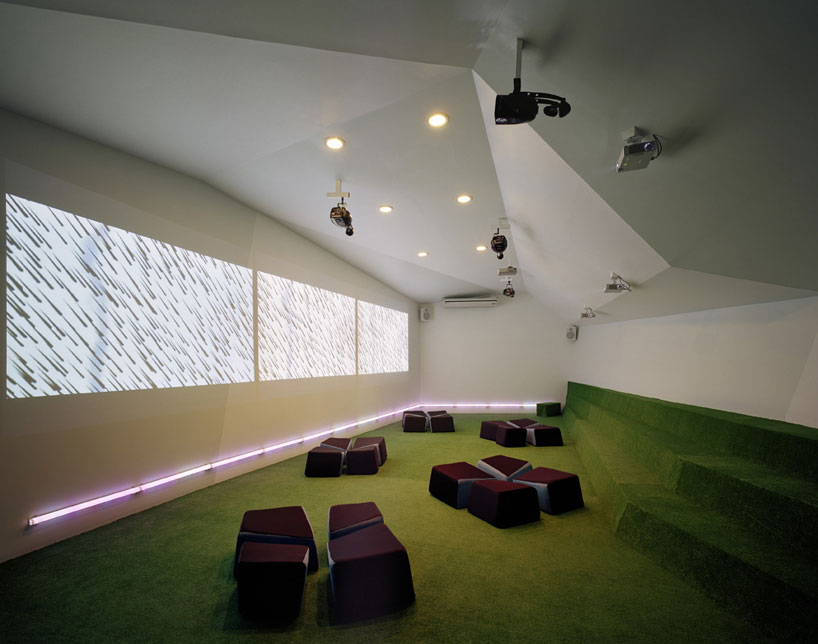 who would you like to design something for…an ideal project?a home for the elderly because I don’t think we have questioned enough how we end our lives. for me it would be very depressing to be taken out of my home, and into a retirement home, or hospital and that’s the end of your life. I’d like to create something that helps commemorate a lifetime and celebrates the knowledge old people have. another area that interests me is social housing.

is there any designer, architect, from the past, you appreciate a lot?rather than a specific person I’d say it’s those who have achieved great things yet are still hungry to do more. the people who don’t stand still and think to themselves ‘I have arrived’. when you are comfortable it’s the end of creativity. 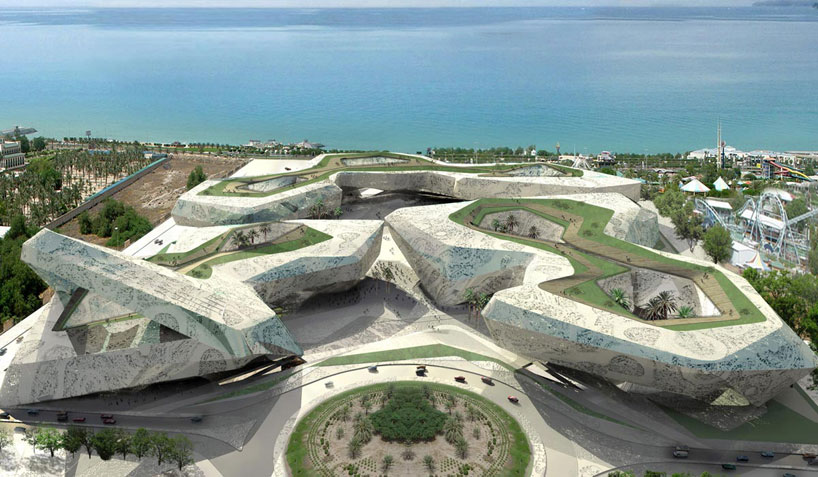 and those still working / contemporary? bjarke ingels who we worked on a project with. minsuk cho, joshua prince-ramus, sou fujimoto, again there’s many.

how do you see the current state of architecture?

there’s a lot of talent out there… studios like ourselves who are concerned with projects that take into consideration: private investment, political, social and environmental issues. the projects that are able to link the most of these things together into one are going to get built. hopefully there will be a shift towards architects making things for the benefit of the people, or countries who their work affects and not just to help promote a business that’s already rich. we have just emerged from a time when people were not quite as conscious of this as they could have been. I hope that architects are not just polite to the client and do as they are told build something even better than they are asked for – that is our job. 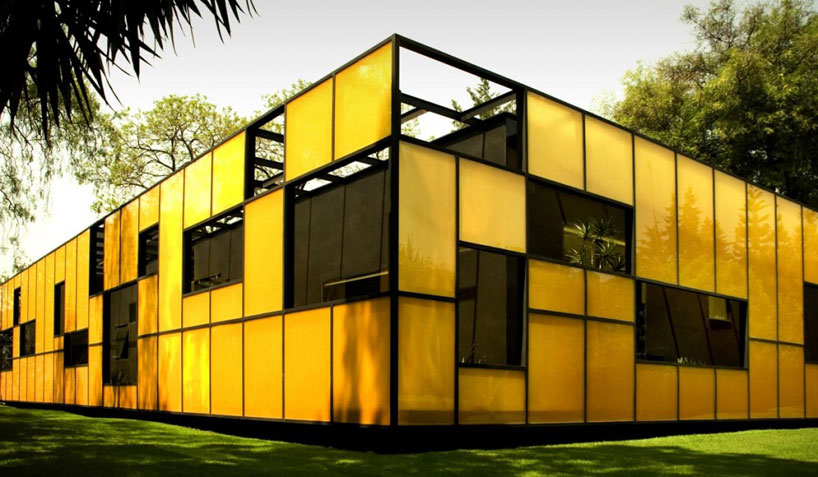 please describe an evolution in your work, from your first projects to the present day.

you can design anything on the computer but then the tough part is to build it in real life…if you can explain it to the workers where it’s going to be built … how can we involve local craftsmen and achieve the highest quality. we have become more and more interested in how we can take things that are digital and make them more tectonic, and sensitive – we are always looking to achieve that balance. I’ve been an architect for eleven years but we’re always learning and I hope we are getting better!what advice would you give to the young?advice?! (laughs) … give me another twenty years and I’ll tell you something useful! all I can say is don’t wait for something to motivate you. you have to motivate yourself in life. a lot of young people are waiting for something or somebody to motivate them, if you’re not motivated by the opportunities of being alive right now then nothing will motivate you! open your eyes and look around you, sure there are lots of things you can complain and criticize but everybody has problems…don’t loose the ability to be curious and to be astonished. 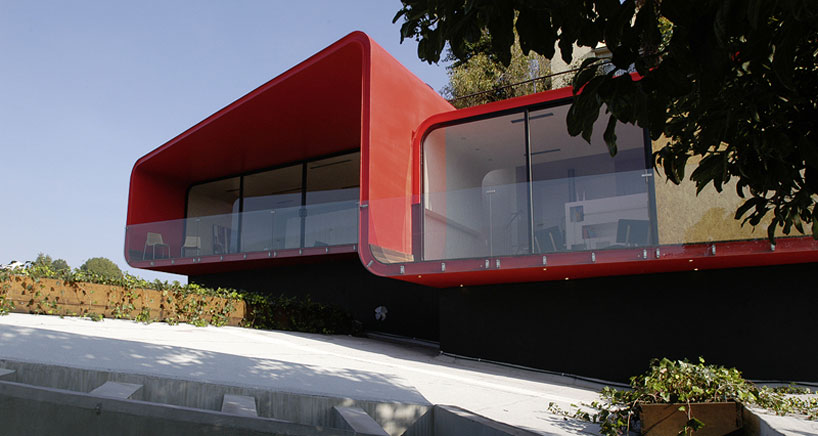 * all images courtesy of rojkind arquitectos

what are you afraid of regarding the future? nothing comes to mind immediately… if bad things happen they happen… there is no sense in being afraid beforehand. once something bad happens it’s about figuring out a way of getting on with your life and improving your situation.