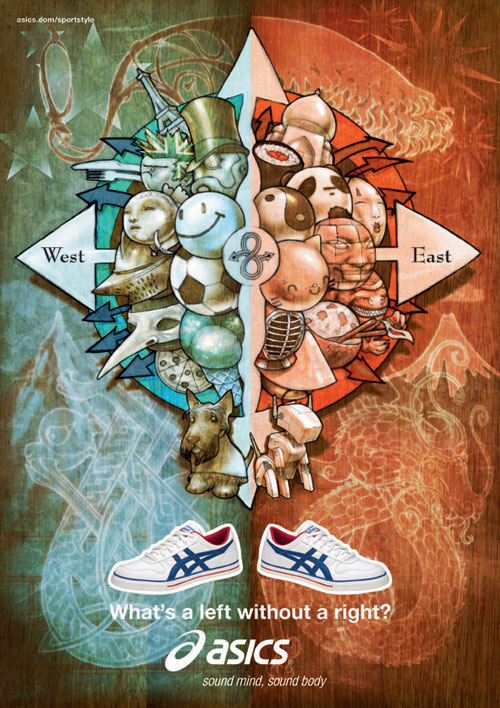 amsterdam worldwide recently unveiled a new campaign ‘left and right’ for ASICS SportStyle range.
the ads explore unique pairings and relationships, which together create something more
than the sum of their two parts. the pairings are brought to life via four commissioned illustrations
by brian coldrick (‘east & west’), johan kleinjan (‘adam & eve’), rhonald blommestijn (‘art & science’)
and the stone twins (‘up & down’).

‘left and right’ is a celebration of the philosophy at the heart of mr onitsuka – the late ASICS founder
– who believed that when mind and body come together they create a more balanced whole.

the strapline
‘what’s a left without a right?’ aims to spark debate among the target audience of
men and women in their late twenties to early thirties, and further promote ASICS SportStyle as
a considered, inquisitive and intelligent brand.

‘east & west’ (above) illustrates the balance between asian and western cultures. within the outline
of a compass, references of food, mythology and landmarks highlight iconic differences between
the cultures. 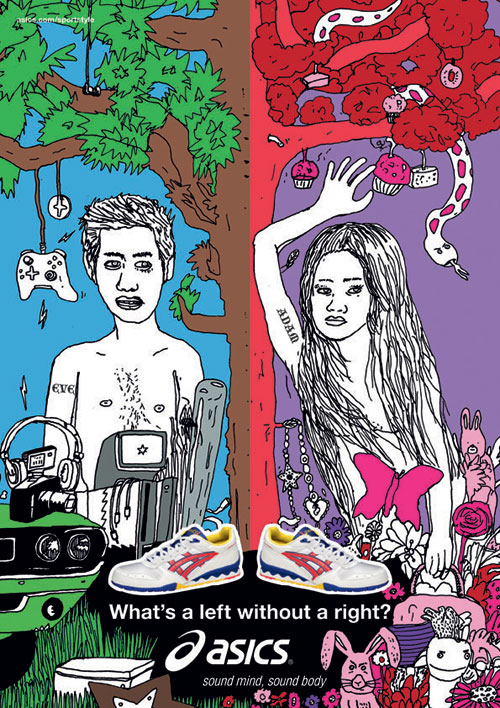 ‘adam & eve’, features the two biblical characters in their own individual eden. the foreground is
dominated by modern temptations including a games console, a car and a camera for adam,
and cakes and jewellery for eve. 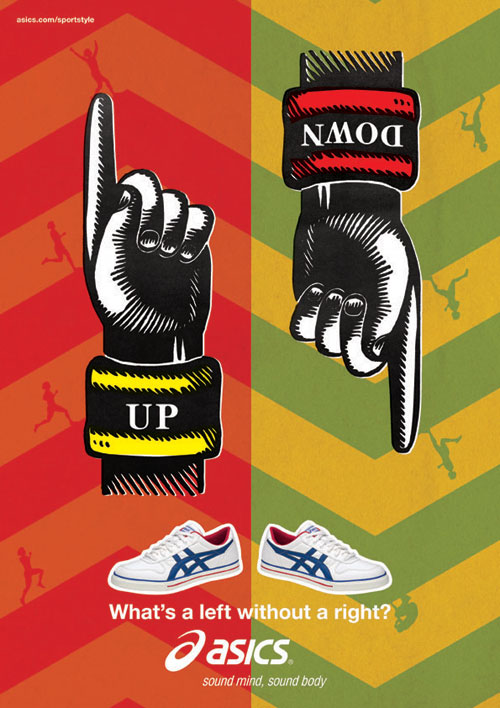 ‘up & down’, this execution features two arms, one pointing ‘up’ and one ‘down’, over a background
of arrow signs and tiny figures running up and down. 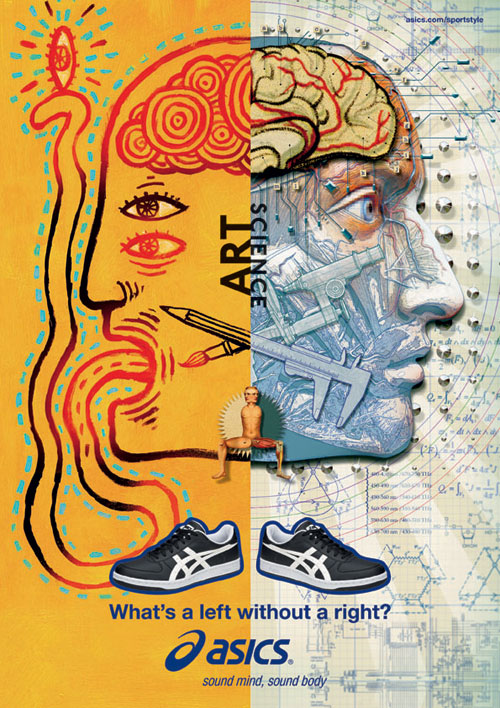 ‘art & science’, are expressed through the fusion of two heads facing opposite directions.
they represent the two hemispheres of the brain responsible for the michelangelo and einstein
in every one of us. the images are illustrated with scientific and artistic tools. 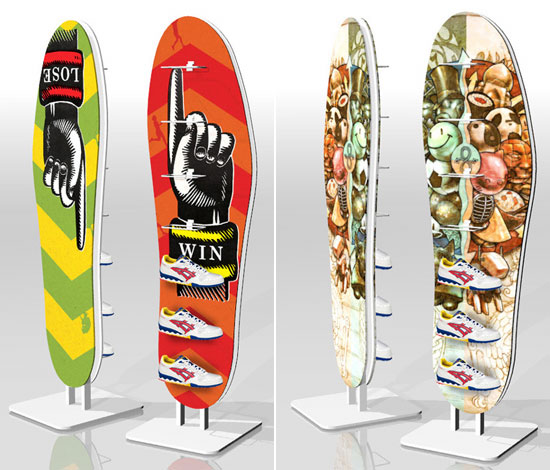 the four executions will appear in sports, style, fashion and influencer magazines and show two
different but complementary images split between the left and right of a single page. while online
the above four images dominate the centerpiece of individually-themed web pages among a collage
of graphics and photographs. at the bottom of each screen users can click on a reel of SportStyle
products to view the left and right shoe, with pricing information superimposed on the collage.
the visuals have also been adapted for in-store promotional use. executions include an innovative
mirror display where one shoe is paired up with its mirror image, reinforcing the slogan
‘what’s a left without a right?’ theme.