french company magimix have launched a new ad campaign, for their new extra large range of food processors. the print ads feature vegetables such as eggplants, potatoes and squash carved wearing bikinis. the ad campaign ‘big is in’ has been created by gray ad agency, israel. 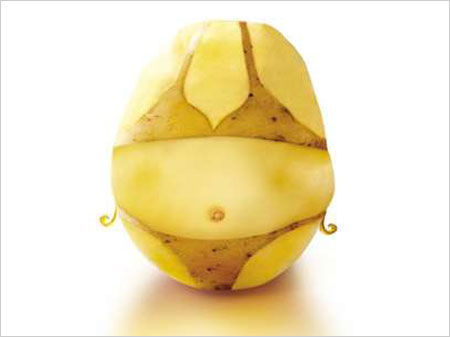 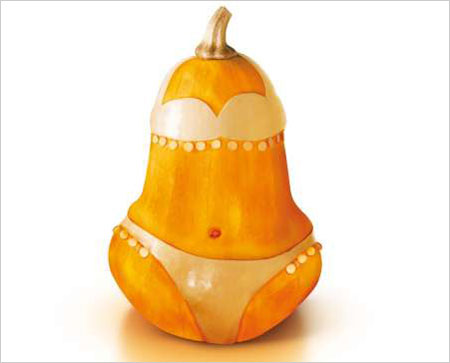