Onitsuka Tiger has released a new animated commercial created by the international ad agency, strawberryfrog amsterdam. the ad features a specially designed 1m long shoe called the ‘electric light shoe’ which has produced by janne kyttanen and mads thomsen from freedom of creation (FOC). the shoe is the central character in the commercial and Onitsuka Tiger’s 2008 brand campaign ‘made of japan’ animated by b-reel.

the shoe features a miniature microcosm that mimics the hustle and bustle of japan’s urban centers, shaped like the iconic Onitsuka Tiger shoe. FOC created the shoe using layered rapid prototype manufacturing. in addition to the illuminated shoe featured in the ad, FOC also created in store displays, models and small accessories that features the same form or theme. This includes USB memory keys and metal key rings which manage to squeeze the intricate detail of the 1m version into something handheld.

see the ad and ‘the making of’ below. 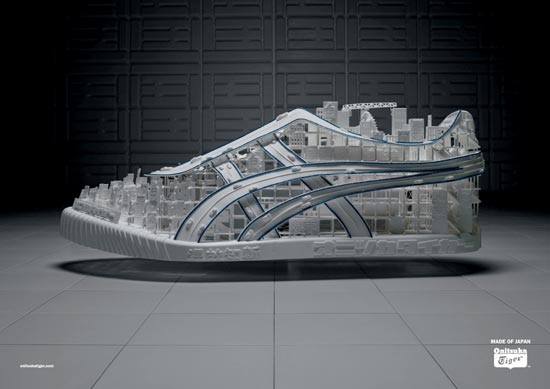 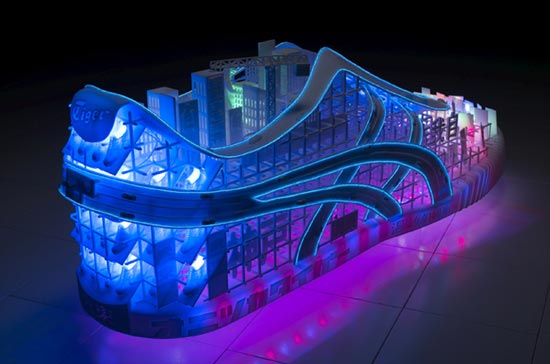 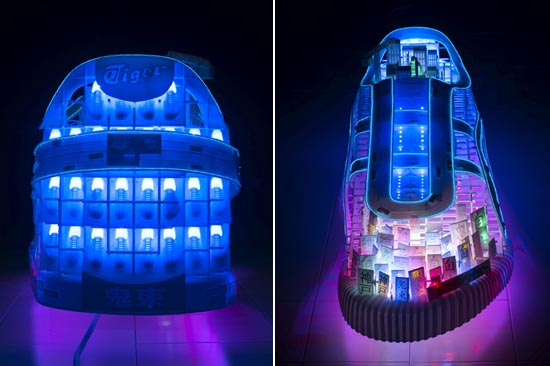 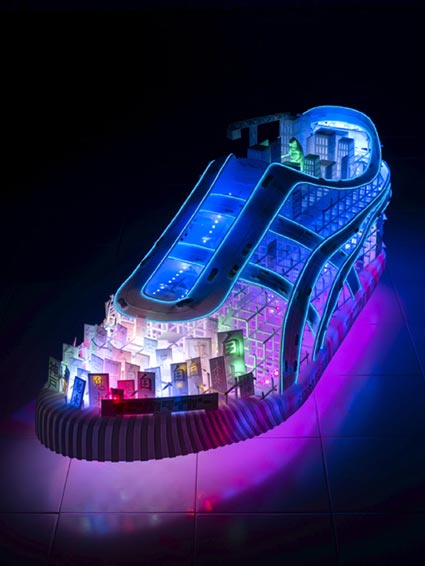