our friends at wallpaper have just released two different covers designed by philippe starck and karl lagerfeld for their october issue (which they also guest edited). the magazines hit stores 09/10/2009. 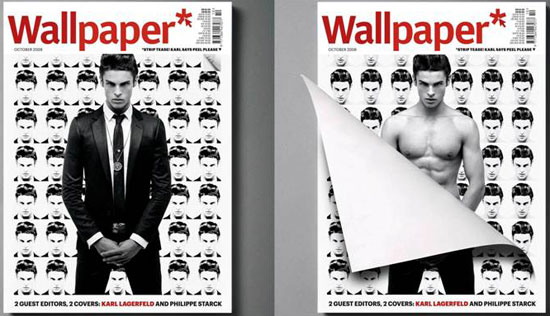 starck’s uses three pieces of transparent tracing paper, when used together form a solid image. lagerfeld’s features a new sort of peelable film that allows readers to pull back the cover of wallpaper to reveal another image underneath.