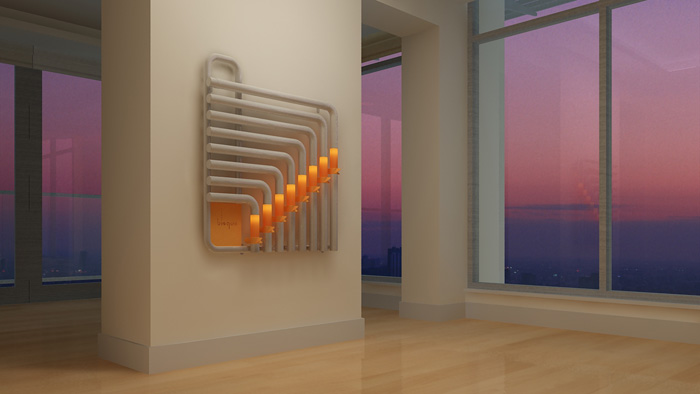 b dynamic by andy lam from canada

b-dynamic is a central type of radiator with mini fans to maximize the efficiency of the convection without any extra energy cost. It consists of a set of conventional, bent tubings and several mini turbine units.

The magnet assembled on the lower end of the shaft is to attract and drive the magnet ring, which is co-injected in the fan. The fan is mounted on the lower end of the glass tubing. As the result, the fan is driven to spin by the magnetic attraction generated from the spinning magnet on the shaft. The spinning fan then drives the air upward and maximize the convection. The fan will keep spinning without noise, and with a low torque, safe speed as long as the water is running.

b-dynamic is the radiator of the future. It is able to maximize its efficiency , and at the same time providing the end users a radiator with the dynamic feel and cyber look. 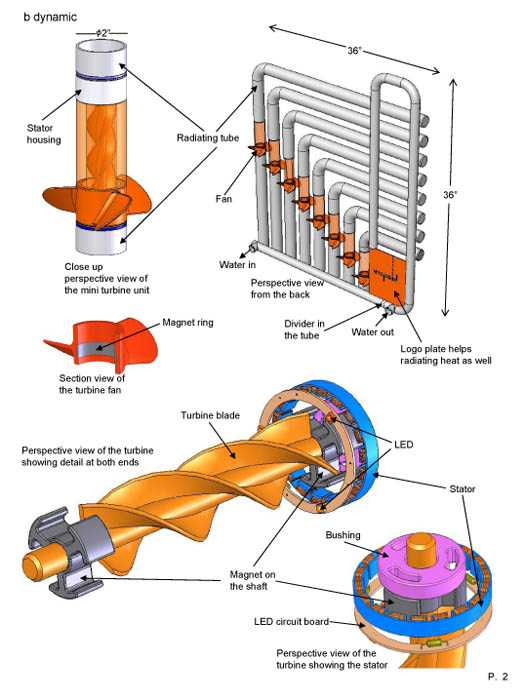 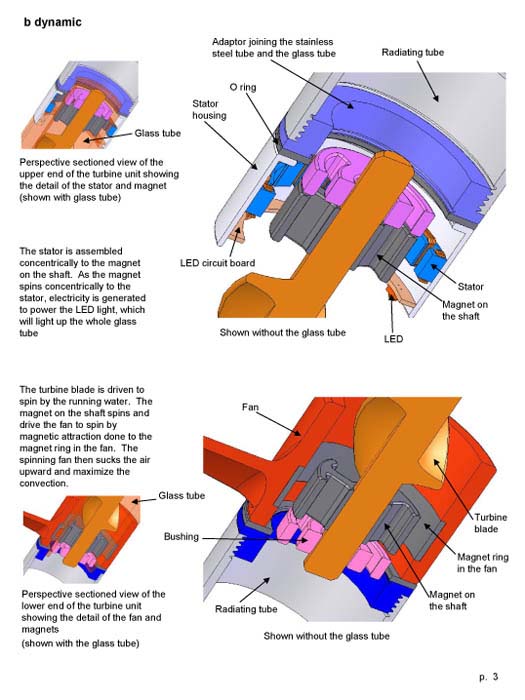