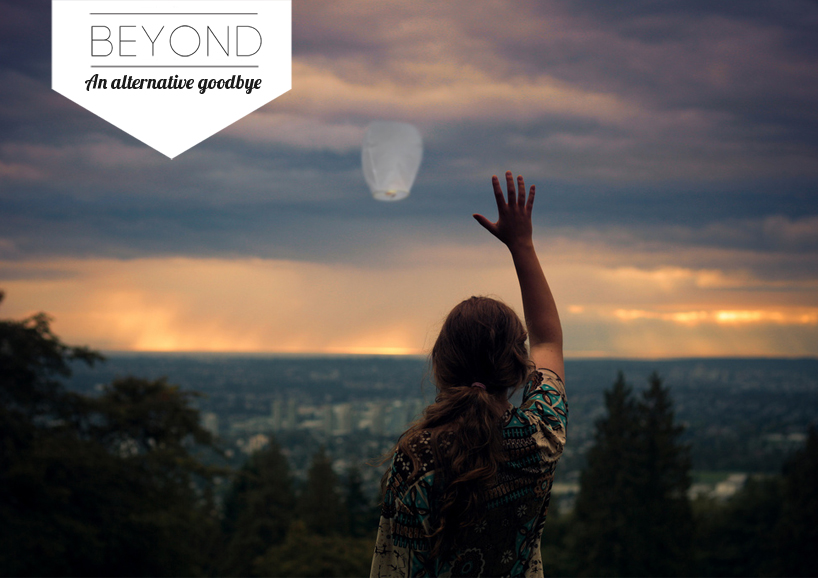 beyond by Noëlline from france

This project is involved in the 5 stages of loss and the process of acceptance. It is inspired by the Hindu tradition. They believe in the soul being indestructible; and that death symbolizes end of the existence of a person's physical being, but not for the soul. Cremation of a person's dead body is therefore, supposed to rid the departed soul of any attachments to the body it previously resided in.

Beyond is an aid for relatives to accept the death of the loved one by saying a last goodbye, more intimate, far from the standard ceremonies we use to practice in western countries. I wish to associate death not to an end but to the beginning of a spiritual travel. I noticed that in many religions, paradise or heaven is relative to the sky, to the air. That’s why I chose to use a hot air balloon or sky lantern. Traditionally used in Asia for celebrations and festivals, the launch of a sky lantern symbolizes the release of worries and problems.

As well, I wanted the design to be cheap and accessible to anyone. Particularly to children who are often put on the side of funerals because of their young age. I wanted a respectful ritual but not too heavy and sad.

The project is entirely made with natural and biodegradable materials (rice paper, bamboo, recycled paper and wax), to have a really low impact on the environment. 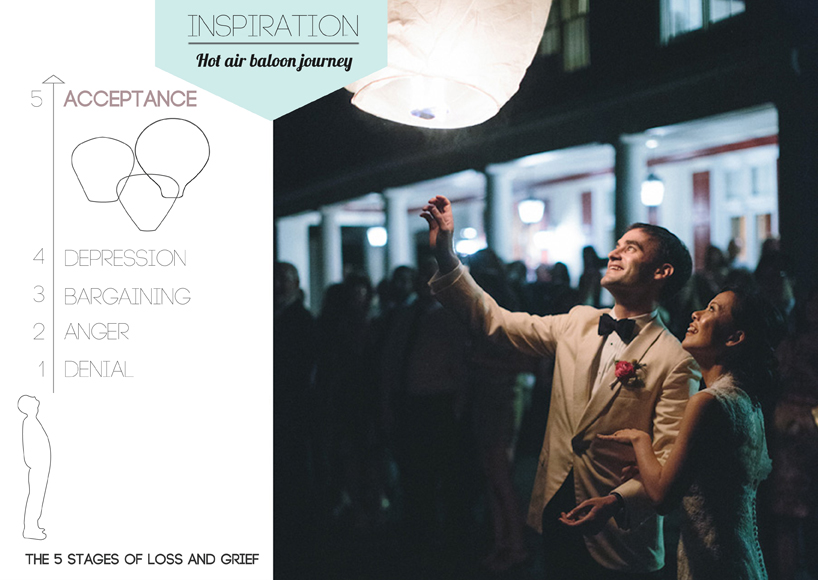 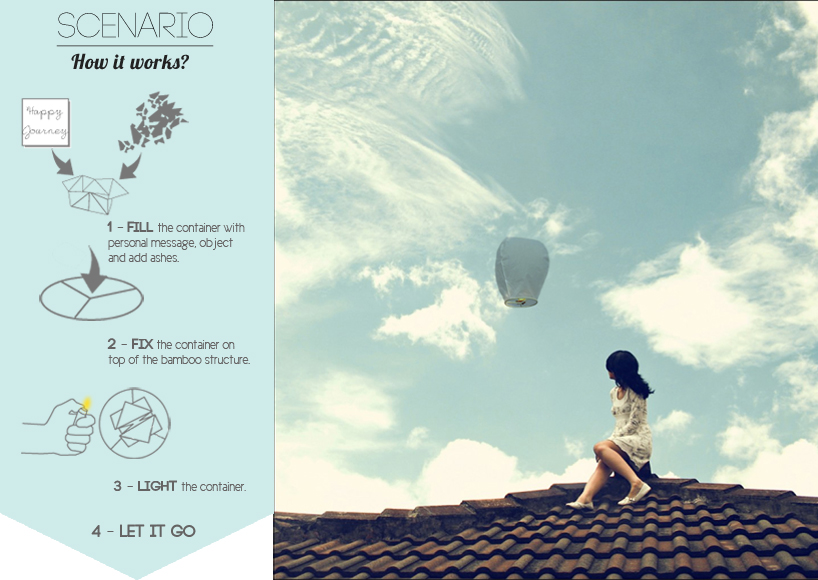 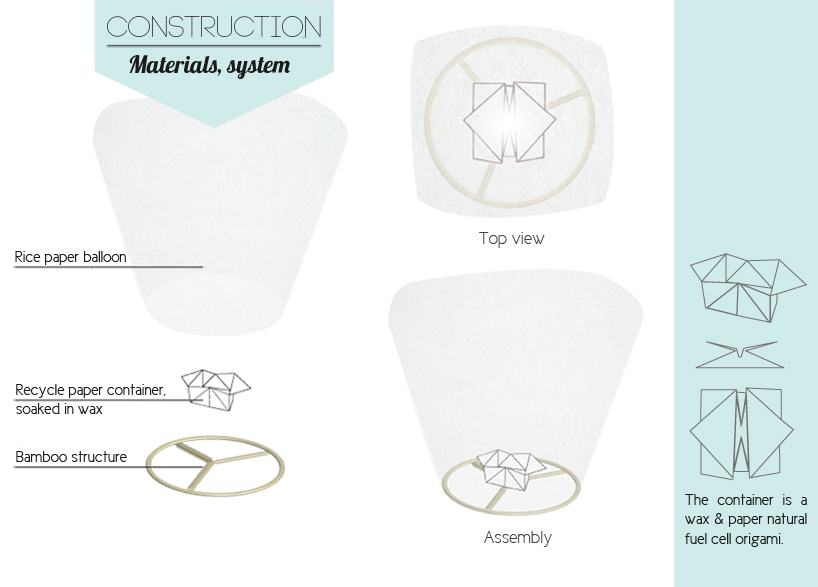 Noëlline
password recover
please insert your email below to reset your lost password
your new password has been sent to your email address
thanks for registering
please complete the form below.
previous next