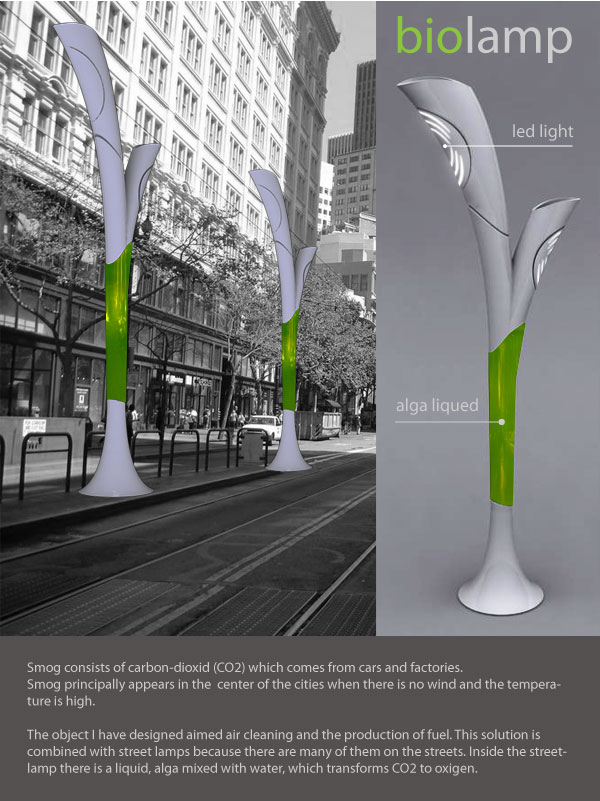 biolamp by peter horvath from hungary

Smog consists of carbon-dioxid (CO2) which comes from cars and factories.
Smog principally appears in the center of the cities when there is no wind and the temperature is high.

The object I have designed aimed air cleaning and the production of fuel.
This solution is combined with street
lamps because there are many of them on the streets. Inside the streetlamp there is a liquid, alga mixed with water, which transforms CO2 to oxigen.

How does the lamp work
At the upper part of the lamp (pipe1) a ventilator is sucking the smog inside - which streams into the alga liquid. This liquid is being circulated in a spiral system thanks to a pump,which helps the alga absorbing the CO2 better.
In the other pipe (pipe2) this progress stops.
If we leave the liquid in a standing position it hands down the oxigen .
Thanks to the frequency of the street lamps the air cleaning is more effective.

Extra function
The sunlight , CO2 and water transforms the alga into biomass. It is known that fuel can be made out of biomass. After the alga liquid is saturated with carbon-dioxid it needs to be led to tubes, which are under the ground. The tubes lead the biomass to the closest filler station. Here, biofuel is made of that for the environmentally friendly cars. After this the street lamps should be refueled with alga.

/The reason why I chosed alga is that: if we raise the alga in plumbed closed systems in plastic pipes, it produces 2-3 thousand times more fuel than for instance soya or corn./ 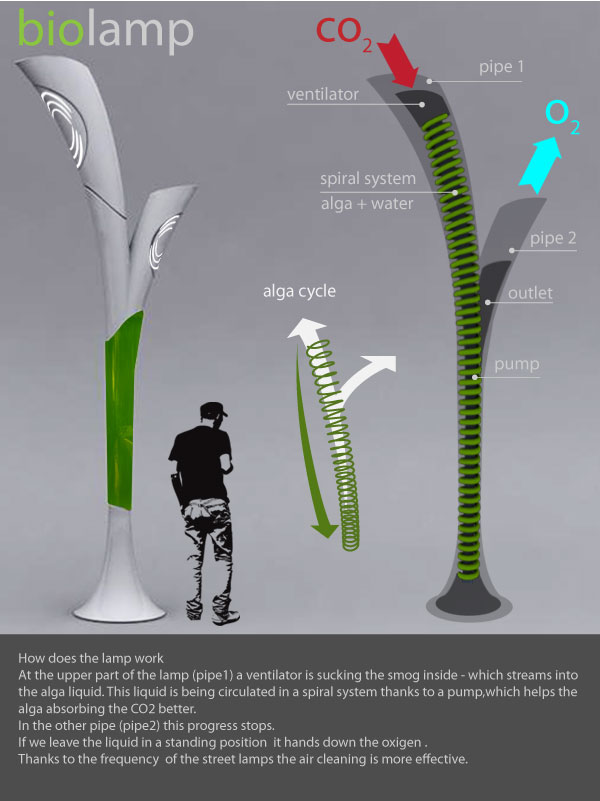 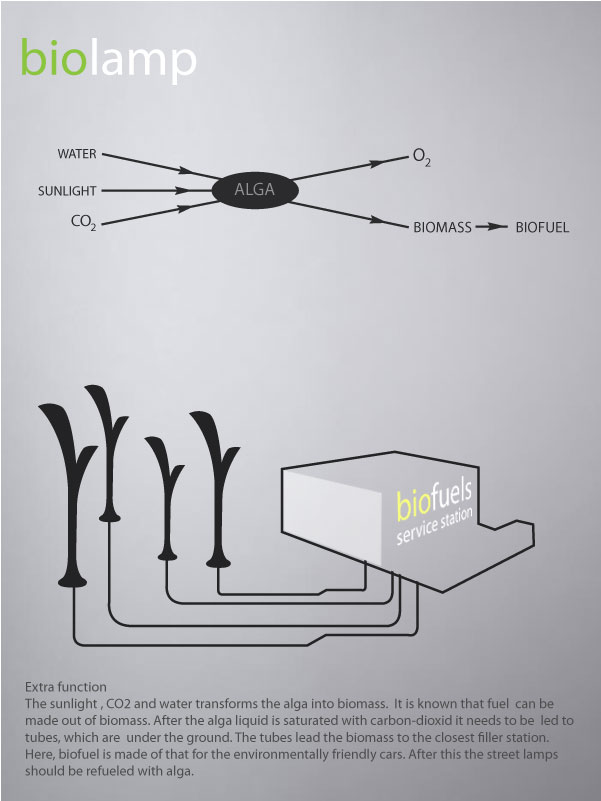